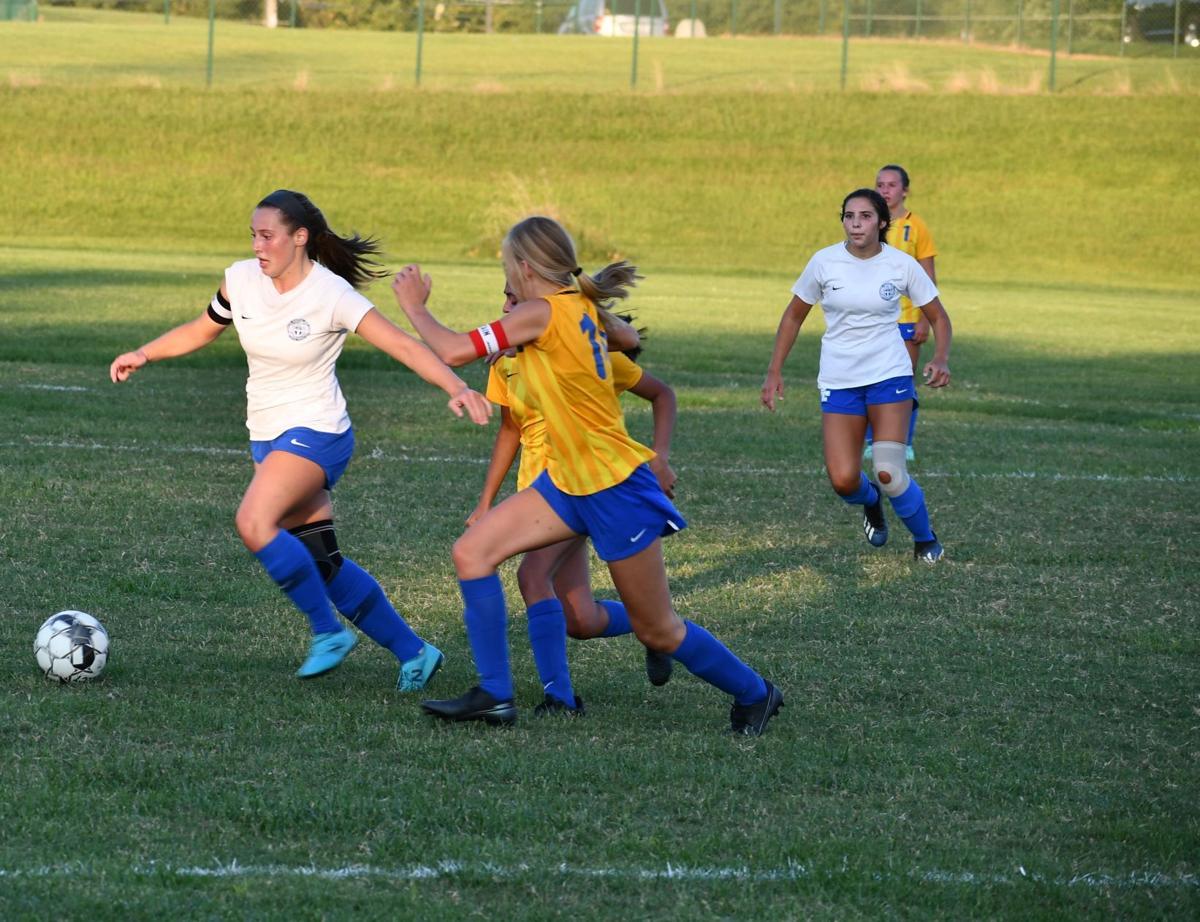 Tilghman’s Abigail Wurth gets chased down by two Lady Viking defenders. Wurth boasted a hat trick in the Blue Tornado win over St. Mary on Tuesday. 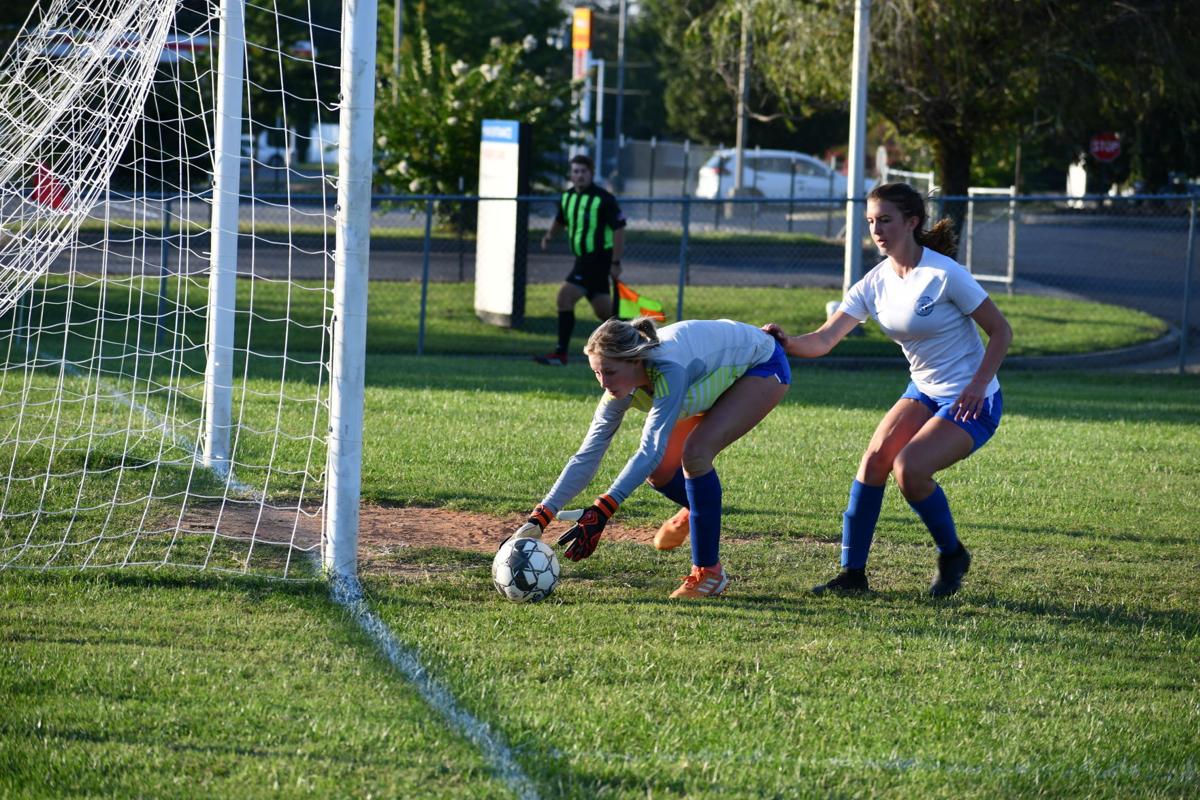 St. Mary goalkeeper Kaitlynn Burrus makes the save as the Tilghman offense brought the pressure.

Tilghman’s Abigail Wurth gets chased down by two Lady Viking defenders. Wurth boasted a hat trick in the Blue Tornado win over St. Mary on Tuesday.

St. Mary goalkeeper Kaitlynn Burrus makes the save as the Tilghman offense brought the pressure.

Tuesday night called for a soccer match between Paducah Tilghman High School and St. Mary High School, hosted by the Lady Vikings. The Blue Tornado took control and the 6-0 win after a tough 3-0 loss to another local Paducah team, the McCracken Lady Mustangs, on Sept. 3.

St. Mary had just come off a 7-5 win against Crittenden on Sept. 2 where goalkeeper Kaitlynn Burrus had 11 saves and Vanessa Becker had four goals. The match against the Blue Tornado was similar for Burrus as Tilghman had multiple shots come at here that she didn’t allow into the net. She had her work cut out for her in the first half of play and only let one ball past her.

That ball was courtesy of Kiersa Atnip with 27 minutes left on the clock in the first half, her first of two goals on the night. The Blue Tornado would maintain control of the ball for much of the half but wouldn’t be able to get another shot past the Vikings keeper.

“This was exactly what I knew the girls were capable of, they have worked so hard all season and they are finally playing the game and showing everybody just how versatile they are,” said Tilghman head coach Whitney Valdez. “We’ve been called a really physical team, however I feel like we play a very clean, composed physical game, and these girls are showing that they’re not all physicality, they are passing, they are finishing, and they are a really dynamic team.”

That composed physicality showed at the start of the second half as the goals started flying. Frannie Hideg started off the run with a goal after just eight minutes of play, directly followed by Antip’s second goal. The two goals for Antip give her 11 goals so far this season.

The drive wasn’t over there though, within the same minute Abigail Wurth took her turn scoring her first goal of the night which sparked the start of a great night for her. She would score again with 24 minutes left to play to give her team the 5-0 advantage.

Physicality continued, but not to the extent that anyone wants to see, as an injury occurred on the field, halting play and resulting in a St. Mary player having to be carried off the field.

Wurth would complete her night with a hat trick, helping her team to a 6-0 victory and her 12th goal of the season. She leads the Blue Tornado in scoring, finding the net in every game except the scoreless game against the Lady Mustangs.

“This is exactly the game that I think we need to continue to play,” Valdez said. “They are finding feet, they are spreading the defense but they are also allowing shots from the outside, these girls are starting to really build their soccer IQ and be really dangerous on the field.”

Tilghman will now prepare for the Kentucky 2A Championships taking place on Saturday, Sept. 18. That bracket has not yet been release yet. St. Mary will host Lyon County (8-1) on Sept. 10 then travel to Trigg County on Sept. 13.