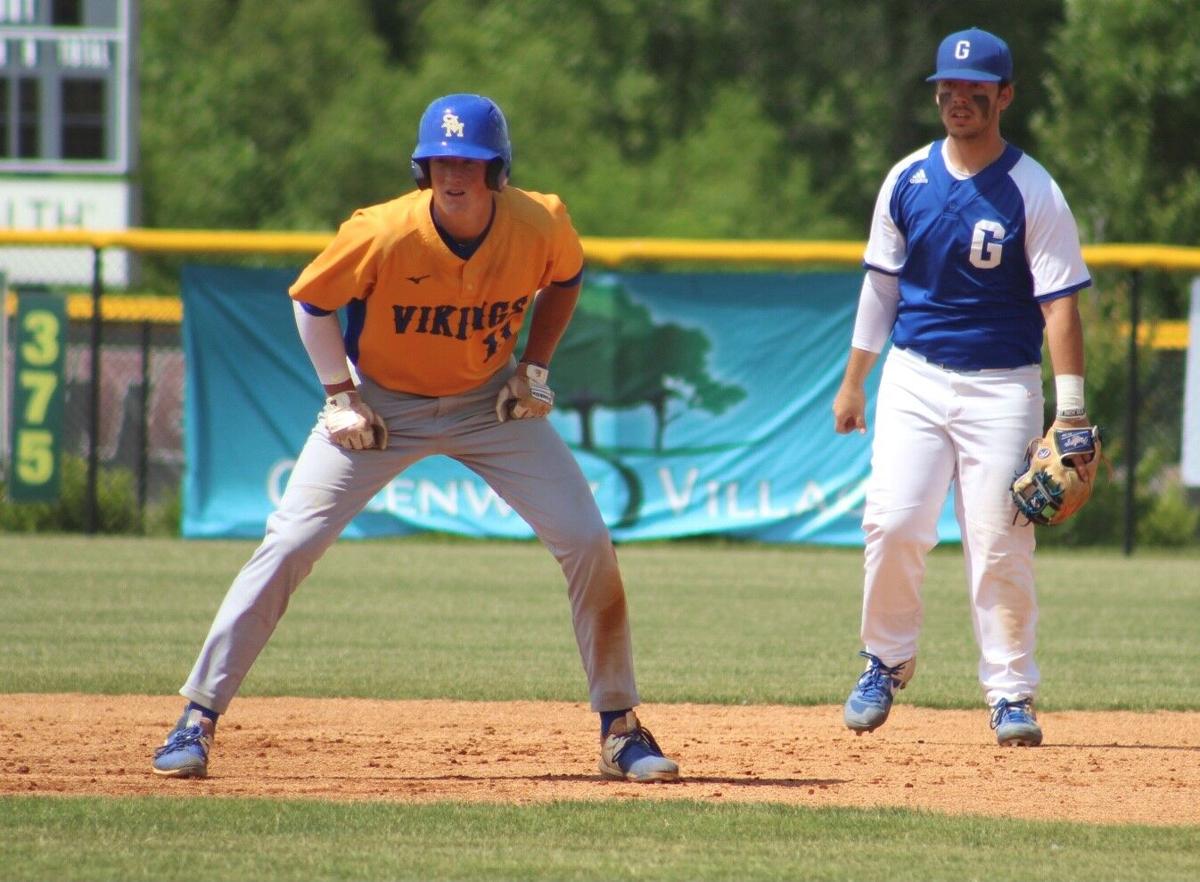 St. Mary senior Parker MacCauley takes a lead at second base on Saturday afternoon in the quarterfinals of the First Region Tournament. 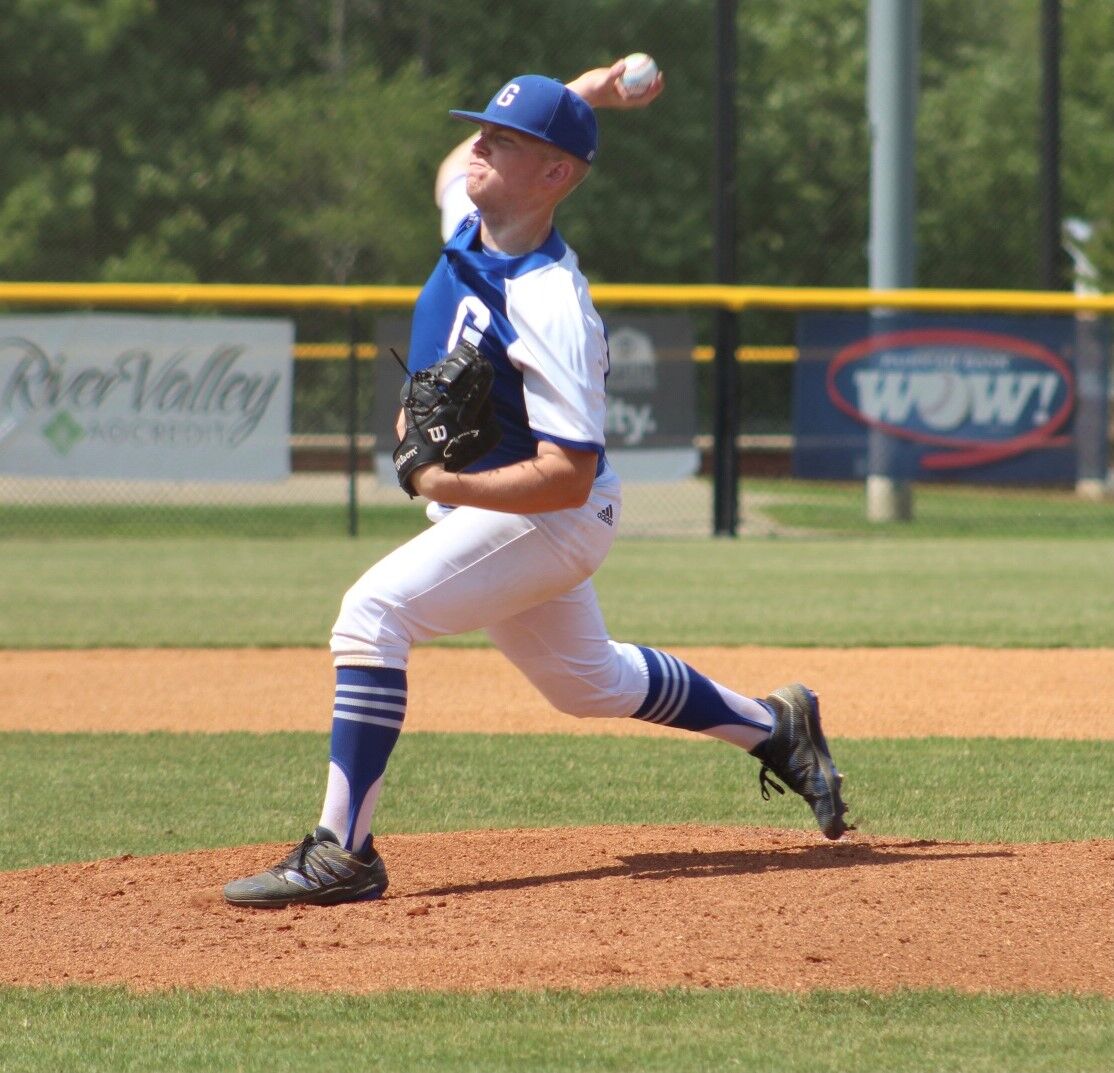 Graves County starter Drew Davis hurls a pitch to the plate during the Eagles’ 7-5 loss to St. Mary in the quarterfinals of the First Region Tournament on Saturday afternoon.

St. Mary senior Parker MacCauley takes a lead at second base on Saturday afternoon in the quarterfinals of the First Region Tournament.

Graves County starter Drew Davis hurls a pitch to the plate during the Eagles’ 7-5 loss to St. Mary in the quarterfinals of the First Region Tournament on Saturday afternoon.

If beating a team three times is supposed to be difficult, the St. Mary Vikings didn’t get the memo.

For the first time since their last First Region tournament appearance in 2014, the Vikings are moving on to the semifinal round following a come-from-behind 7-5 win over Graves County on Saturday afternoon.

The Vikings went 2-0 in their two regular-season matchups with the Eagles, earning a 5-4 walk-off win in their home opener as well as a 7-3 victory onthe road in late April.

On Saturday afternoon in a win-or-go-home matchup, the Vikings kept their composure following an early 2-0 deficit to come back and take down the Third District champion Eagles.

After falling behind, the Vikings plated three runs in the top of the third thanks to a two-run triple from senior Bryce Haas and an RBI single from senior Colin Hrdlicka.

Following a scoreless fourth inning, the Vikings jumped out to a 4-2 lead, but it wouldn’t hold long.

In the bottom half of the fifth, the Eagles continued to battle back as junior Jamison Curd ripped a clutch two-out single to center field, scoring two runs and tying the game at 4-all.

With the score evened up, the Vikings once again created space, using an RBI single from Michael Lurtz and a steal of home from Lurtz to take a daunting 6-4 lead into the bottom of the sixth.

Despite another two-run deficit, the Eagles refused to fold, using a RBI single from leadoff man Markus Isaiah to cut the Viking lead to one heading into the final inning of play.

Isaiah led the charge for the Eagles' offense, going 3-for-4 with one RBI and one run.

In the top of the seventh, St. Mary regained its two-run lead and looked to close the door once and for all in the home half of the seventh. With sophomore Brandon Quigley on the mound in relief, the Vikings worked around a leadoff hit batter to retire the Eagles and secure a spot in the First Region semifinals.