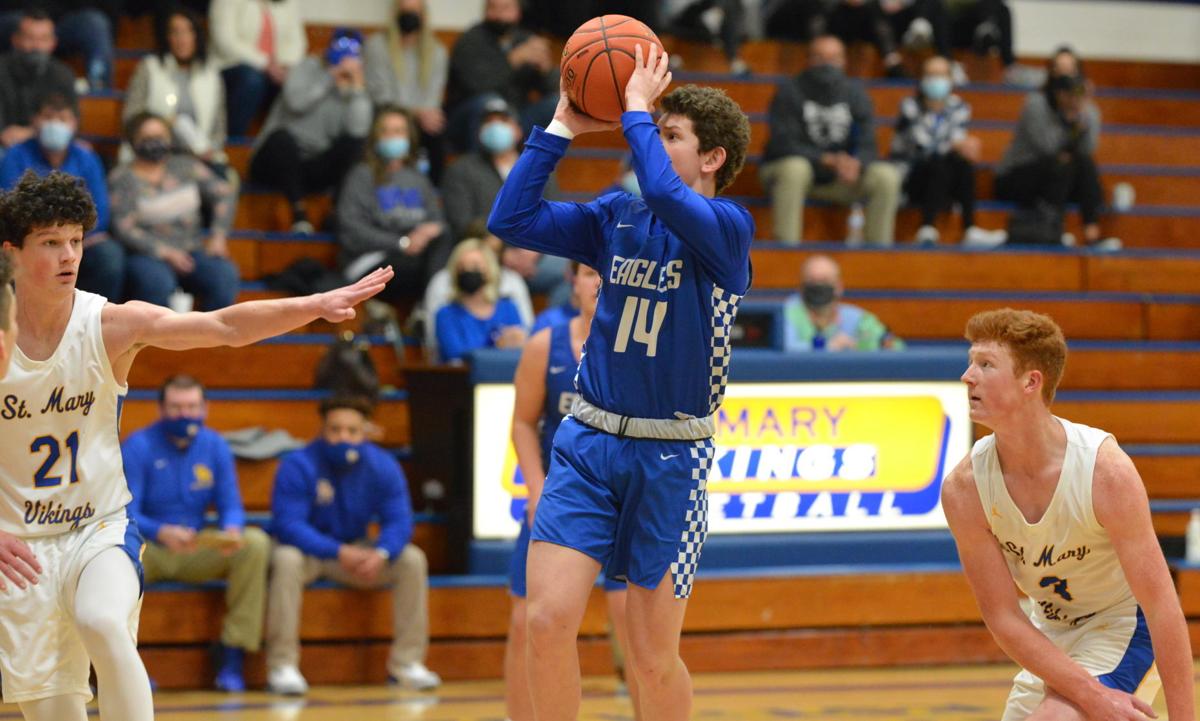 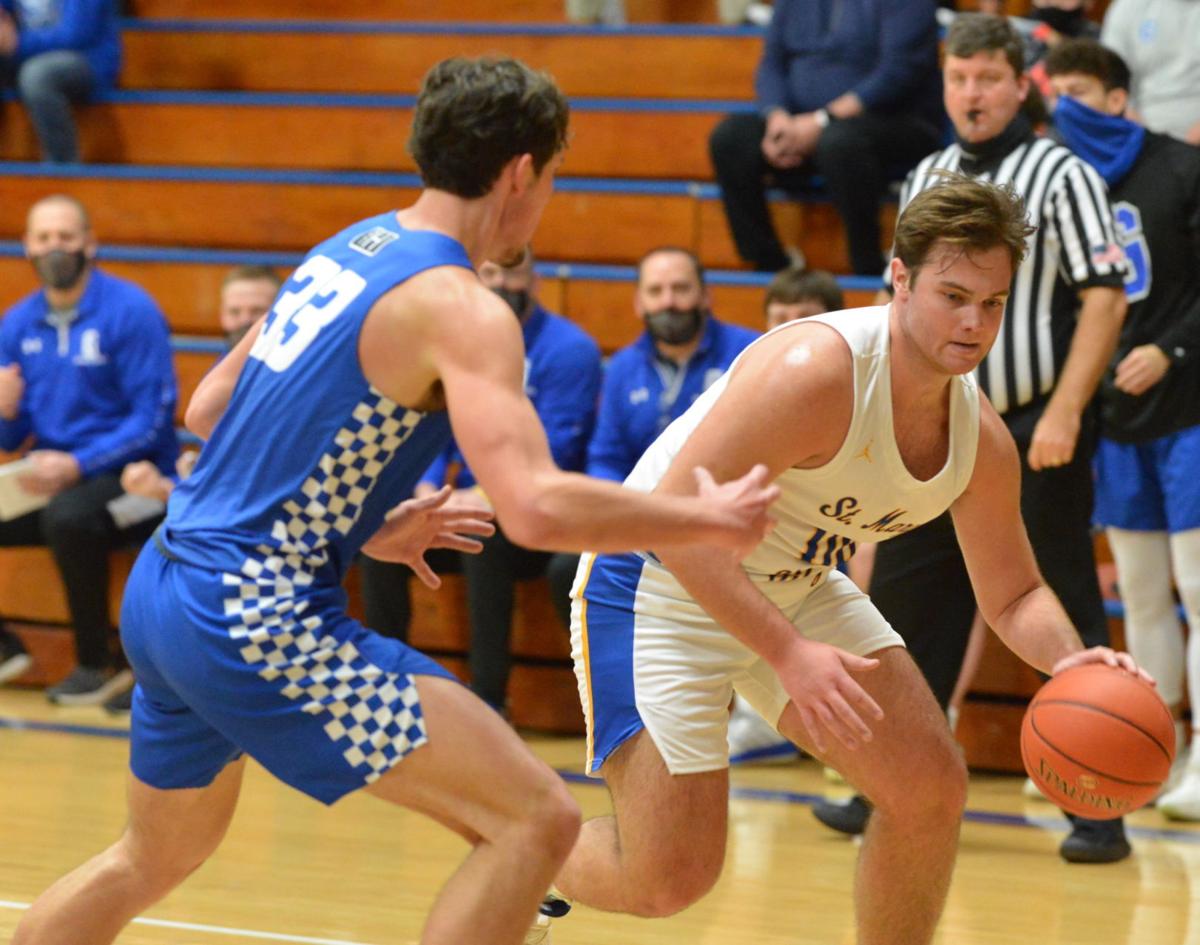 There’s no quit in the St. Mary boys basketball team. The Vikings certainly proved that Saturday night against Graves County, rallying back from a 21-point first-half deficit to take the lead in the third quarter.

But it ultimately wasn’t enough, as the Eagles eventually regained momentum and made important plays down the stretch for a 61-56 victory.

“We came out tight for some reason,” St. Mary head coach Chase Denson said after the game. “It wasn’t the start we were looking for tonight, but I’m really proud of the kids. They’re a tough bunch, and they battled all night.”

The Eagles (4-3) opened the game with two consecutive 3-pointers and some heavy defensive pressure en route to an early 10-0 lead. Following a 2-point shot from St. Mary senior Bryce Haas, Graves closed the first quarter with another 10-0 run, which was capped by a jumper from freshman Lukas Pigg to send the visitors into the second quarter up 20-2.

“They (Graves) were pressuring the ball really well, and that’s something we hadn’t seen all year,” St. Mary senior Parker MacCauley said. “That was definitely tough for us, and that’s why we struggled in the first quarter.”

“Coach told us to settle down and do our thing and just keep battling,” MacCauley said. “We knew we could play with them (Graves), but we just had a rough start. So he told us to just keep playing, and that’s what we did.”

Denson said his message was simple as his team prepared to start the second quarter.

“I told our guys that the first quarter was Graves’ quarter, but the second quarter is going to be our quarter,” he said.

The Vikings did win the second quarter, outscoring the Eagles 17-11 over those eight minutes. A 3-pointer from junior Mason Grant put Graves up 27-6, but St. Mary fought back to within 12, 31-19, at halftime.

The Vikings went into the locker room with some momentum after junior Cade Fleming’s tipped putback barely beat the halftime buzzer.

“Cade has been a spark plug for us all year. You just plug him in, and he’s instant energy,” Denson said. “He does so many good things for us on both sides of the ball. He’s a really good defender and does a lot of things for us on the offensive side.”

The Vikings carried that momentum into the third quarter. Senior Jack Bell opened the second-half scoring with a 3-pointer that started an 8-0 run.

That was part of a larger 18-2 run that included another triple from Bell and two from MacCauley that energized the home team and its fans as the Vikings took a 37-34 lead.

“I was a little slow starting out, and my shots weren’t falling. But Coach was just telling me to keep shooting,” MacCauley said. “I was just letting the game come to me. I knew I had to do whatever I could to help my team win.”

The Eagles regained the lead at 41-40 going into the fourth quarter, though, and the teams battled back and forth throughout the final eight minutes.

“It was fun,” MacCauley said of the fourth-quarter battle. “Games like this are why you play basketball. It’s fun when you have close games between two really good teams like this.”

With the score tied at 50, Graves senior John Ben Brown made a layup with 3:34 remaining that ended up giving the Eagles the lead for good. Grant followed with a 3-pointer, and the Vikings were unable to get any closer than 55-54 for the remainder of the game. A layup from Brown for a 58-54 lead with 31 seconds left essentially sealed the victory for the Eagles.

MacCauley, who scored a game-high 25 points, said the Vikings proved their mettle even in defeat.

“Teams didn’t know if we were going to be very good this year, but I think we’ve proven ourselves over the past week or two,” he said. “We’ve been playing some really good basketball.”

Grant (20 points) made a trio of 3-pointers in the game and paced the Eagles in scoring along with Brown (11), senior Drew Thompson (9) and senior Markus Isaiah (8).