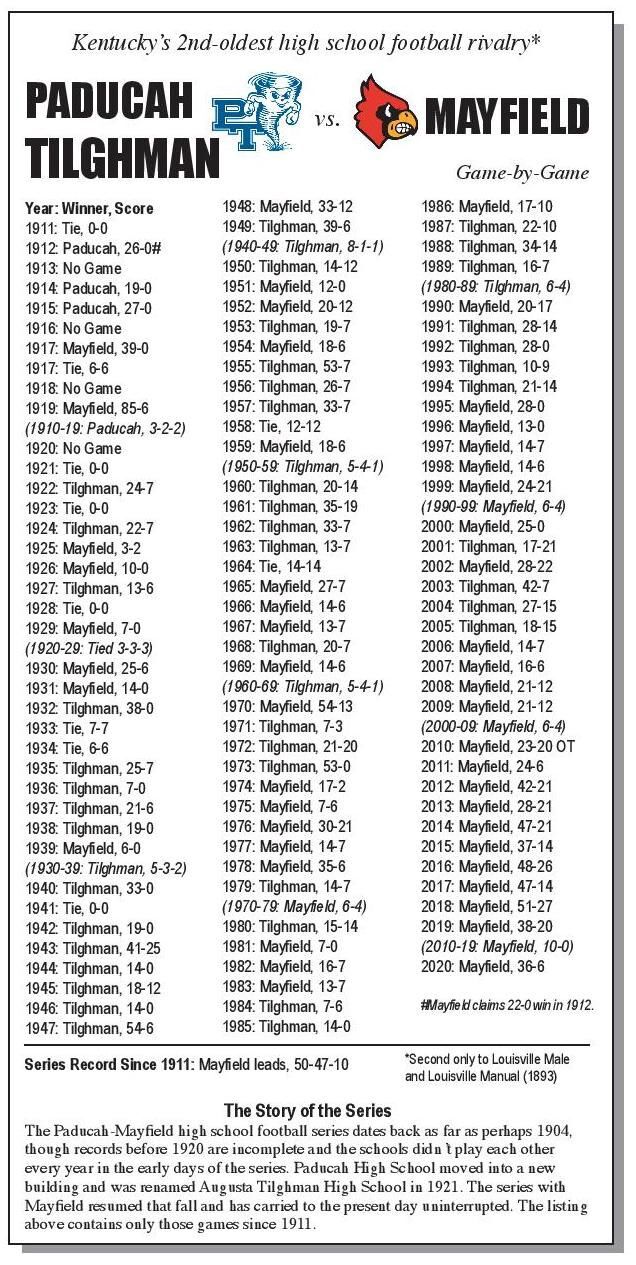 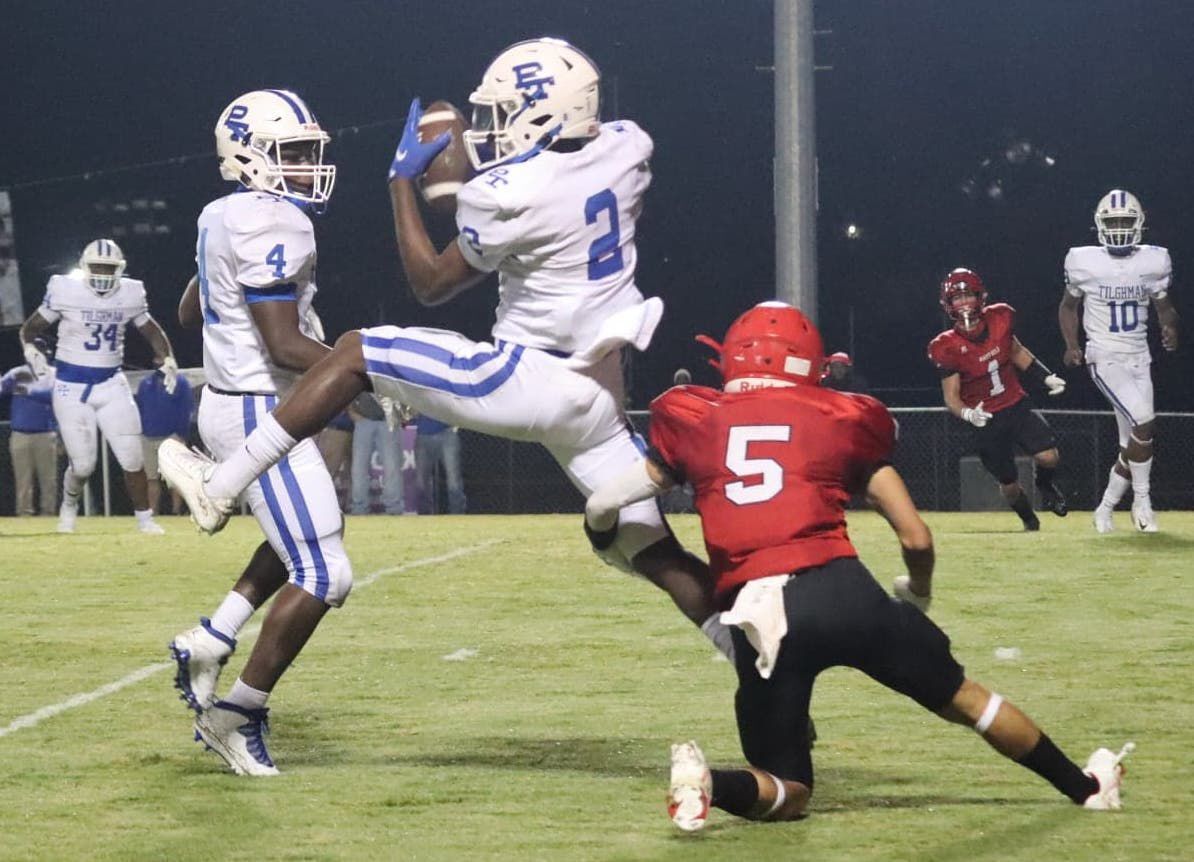 When it comes to tradition, there are some things you just don’t mess with. One of those things is a local high school football match-up that spans 108 games and might just be one of the most looked forward to football games in western Kentucky.

The Paducah Tilghman and Mayfield football rivalry is said to have started as far back as 1904. It’s unclear as to what some of those early game results were due to poor record keeping. What is clear though is this rivalry is alive and well and will continue until God says it’s done.

Some might not consider this to be much of a rivalry anymore, considering Mayfield has won every contest since 2006. The most recent competition in 2020 ended in a 36-6 decision for the Cardinals. Over-all Mayfield boasts a winning record over the Blue Tornado, 50-47-10.

So, while records and game results might be a controversial topic, one thing is certain, Mayfield has the momentum that’s been building for 15 years.

Mayfield has started off the 2021 season in winning fashion beating Graves County 35-21 on opening night and 21-3 against Hopkinsville week two. Tilghman on the other hand has split their first two games. The first game of the season was against their local county rival, McCracken County, where they won on the Mustangs home turf 35-27. Week two didn’t have the same result as they lost to Graves County 41-34.

One thing that might be playing a significant factor for Mayfield as of recent, is the winning streak under their head coach. Joe Morris has held the title since 1999 and since taking the job the Cardinals hold a record of 261-52, an incredible feat for 22 years. Something even more impressive is Morris has only lost to Tilghman four times, (2001, 2003, 2004, 2005) in the 22 years at the helm.

Tilghman on the other hand, added a new head coach to their staff just this year. Sean Thompson started off his career with the Blue Tornado with a win that many didn’t think would come, against McCracken County. Before coming to Tilghman, Thompson led the Crittenden Rockets for three seasons and held a record of 28-8.

“It’s exciting, it’s something you want to be a part of, but at the same time it’s no more important than last week’s game,” Paducah Tilghman head coach Sean Thompson told The Sun. “Obviously the excitement is in the air and the community and both communities want it bad, for us, we just want to get better this week.”

Statistically speaking both teams matchup pretty well. Both teams love to run the ball, and do so rather well, both teams have quarterbacks that have proven they can hit their targets, and both have defenses that can stop the ball.

With that being said though, Mayfield has guys that are just as talented. In their season opener quarterback Zane Cartwright threw for an impressive 162 yards on 15-of-22 attempts. Running back Kylan Balbreath ran for 135 yards that same game.

The Mayfield defense is what really stood out in week one though, only 42 rushing yards were allowed by the Cardinal defense. With Tilghman using their running game a lot in the first two weeks, the Mayfield defense will have to be on their toes to keep the Blue Tornado from getting past the line of scrimmage.

“If we allow them to dictate the tempo and the pace that the game is played they will be tough to beat, but I feel the same can be said for us, I really feel like we are extremely comparable as far as players and talent and the kids that will be on the field,” said Thompson.

As talented as both teams are, we all know that flags and interceptions and fumbles and any other penalties are going to play a role in this game just like any other. But keeping those things to a minimum is going to be the factor in who wins this football game. Who can make the fewest mistakes?

“It will come down to who makes the fewest amount of mistakes and Mayfield has proven time and time again that they don’t make too many mistakes and when they do they do a great job of making adjustments and fixing those mistakes.”

Will the Cardinals win game 108 and increase their winning streak to 16, or will the Blue Tornado hold their ground at home take back what they haven’t done since 2005 and beat Mayfield? For now we will all patiently wait for the 7 p.m. kickoff time at Paducah Tilghman High School on Friday night.