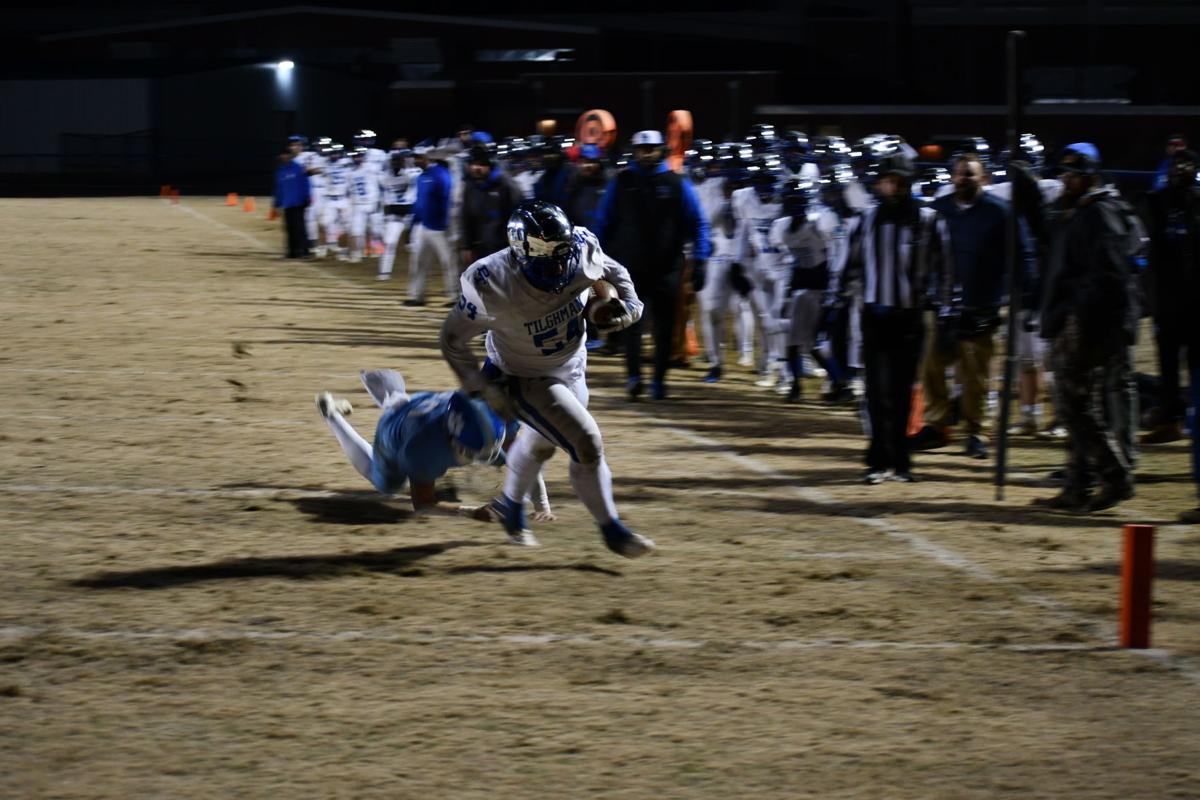 Leyton Patterson marches his way into the end zone for the final score of the semifinal game against Glasgow. 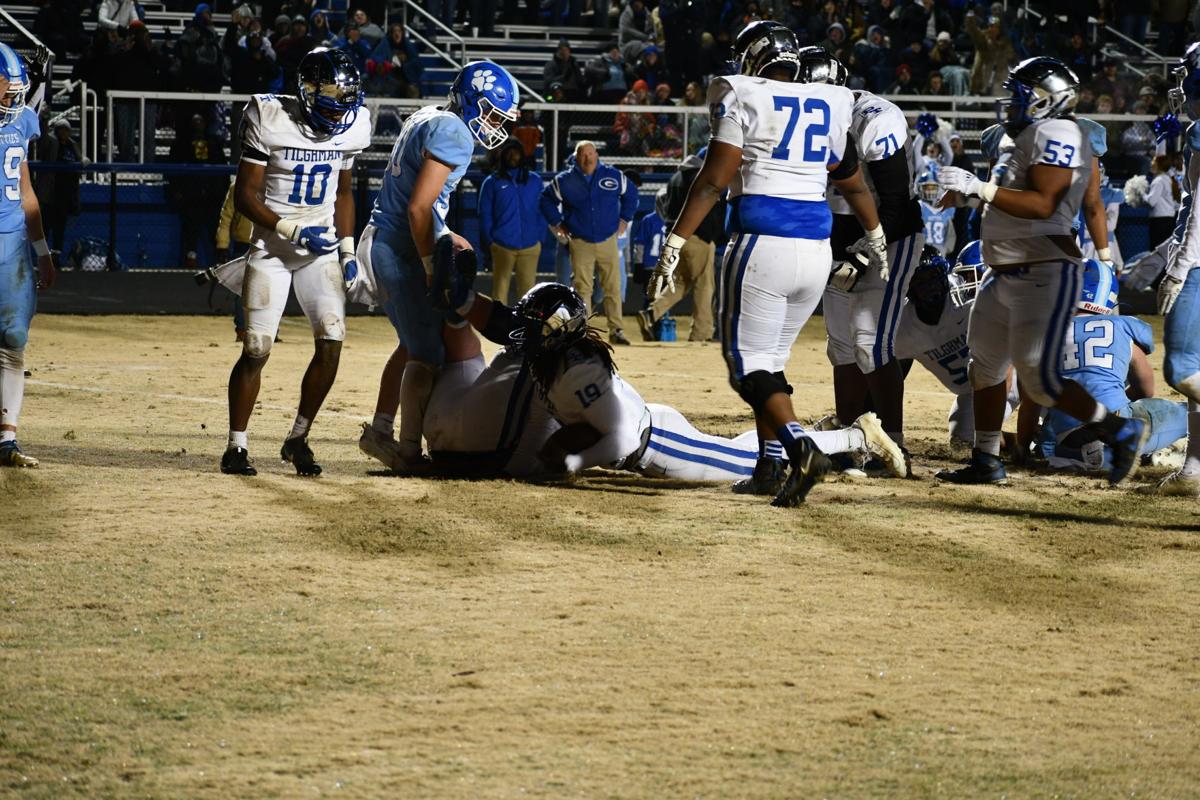 Kharentez Moore (19) muscles his way into the end zone for a TD.

Leyton Patterson marches his way into the end zone for the final score of the semifinal game against Glasgow.

Kharentez Moore (19) muscles his way into the end zone for a TD.

“Why not us?” Paducah Tilghman head coach Sean Thompson said after his team beat Glasgow 39-20 to advance to the 3A Class Championship game.

The Blue Tornado have been underdogs the majority of the season and nobody but themselves believed that they would be heading to Lexington next weekend.

Heading into the playoffs, they held a losing record of 4-6. Coincidentally, that was the same record they held when they won the whole thing back in 2009. To say they have turned things around is an understatement.

The semifinal road game at Glasgow came together with a mixture of smart offensive decisions and maybe most importantly, a tight defensive game against the run plays.

Glasgow is well known for the successful running game, but the Blue Tornado were able to keep that to a minimum and forced the Scotties into uncomfortable situations.

Tilghman got the momentum going with a 52-yard pass from freshman quarterback Jack James to senior wide receiver Brian Thomas, resulting in a touchdown. The Scotties were quick to respond on the next possession when Andrew Phillips scored on a 20-yard run to the end zone to tie the game.

James kept the ball to finish off the first quarter for a 15-yard touchdown to build to a 13-7 lead after a missed PAT.

The second quarter would be all defense for both teams, strong enough defense to keep the score the same going into the half.

“We came into this game knowing we were going to be state contenders,” Camdon Marshall said. “We knew we could play with Glasgow, we just needed to believe in ourselves.”

And believe in themselves they did as they started off the second half kicking and recovering their onside kick resulting in a Malachi Rider touchdown on the drive. They looked to build their lead with a 2-point conversion but came up short, giving them a 19-7 lead.

With plenty of football remaining the Scotties answered quickly when Keiran Stockton marched into the end zone with 4:34 left in the third quarter.

Just like that Glasgow was within five points and quickly gaining momentum.

“Coach Thompson kept telling us all year we were going to come together as a team and we’ve done that in the last few weeks,” James said.

The Blue Tornado capitalized with just a few minutes remaining in the quarter, converted on fourth down and five yards to go in the red zone with a pass from James to Marshall.

Tilghman’s defense came up big when it counted most on the following play when they forced and recovered a fumble at the 19 yard line with just over a minute remaining in the third quarter. They opened the final quarter of play with a Kharentez Moore TD and a 31-14 lead.

John Myers had one more thing up his sleeve for the Scotties when he ran in a touchdown for four yards with 9:21 remaining. From there it was all about clock management and continued solid defense. The play that might have just sealed the deal was an interception, picked off by Tilghman’s Jaquan Warren with 4:50 remaining. This gave Leyton Patterson an opportunity to celebrate in the end zone with his teammates after he scored on a 6-yard run to get the final score of the game 39-20.

“The kids have responded to adversity all season long, they have persevered through everything so they deserve it,” Thompson said. “This is what you get when what you’re playing for is bigger than yourself.”

Paducah Tilghman will meet Belfy (8-6) at Kroger Field in Lexington on Saturday, Dec. 4 at 12 p.m. to battle it out for the 3A State Championship.