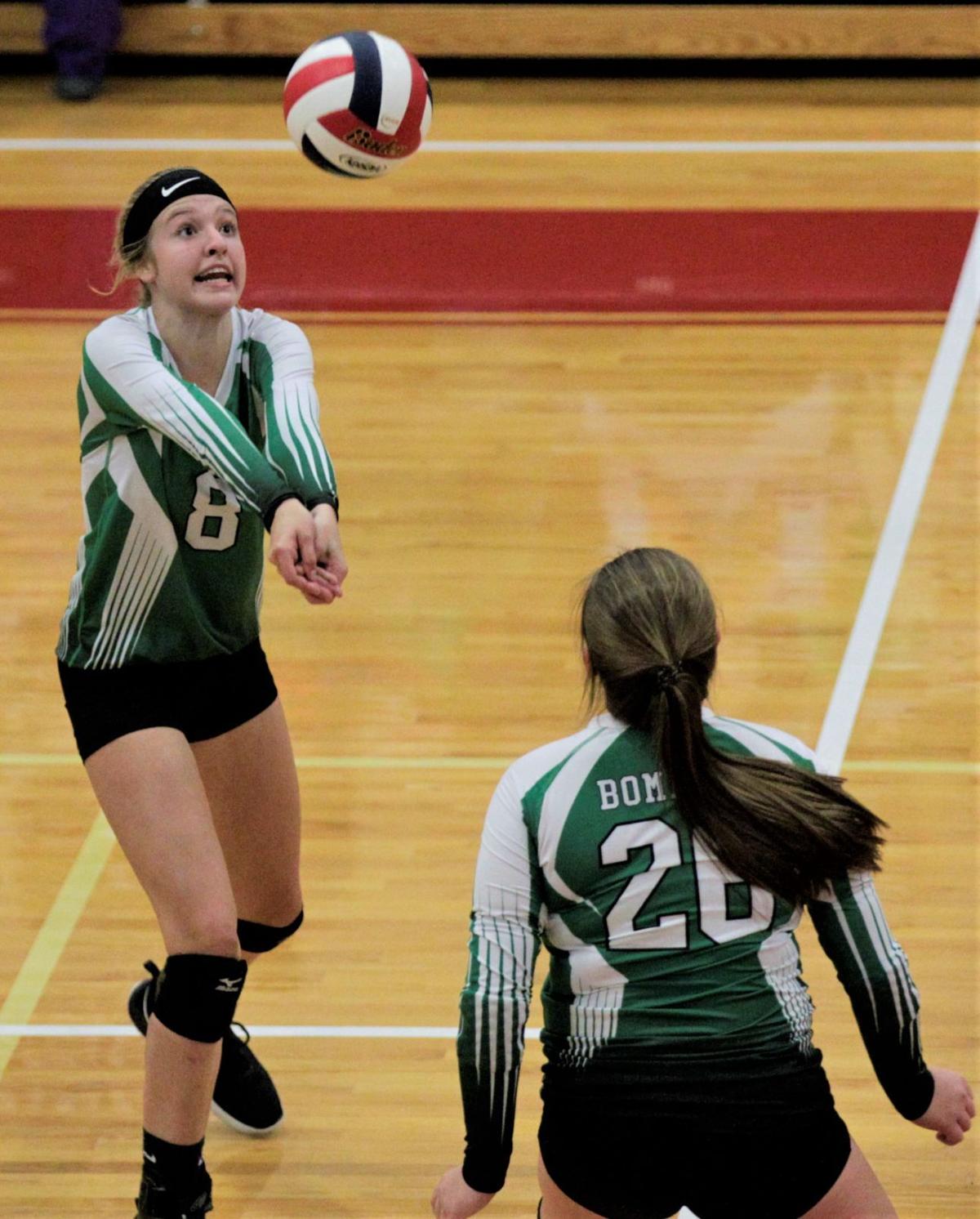 Ballard Memorial’s Isabella Myers (8) has been selected as the 2020 Paducah Sun All-Purchase “Player of the Year.” Myers nearly averaged a triple-double in kills/assists/digs in 25 games this season, while the Lady Bombers enjoyed a regional-best 22-3 year. This is the first-ever team compiled for the First Region sport. 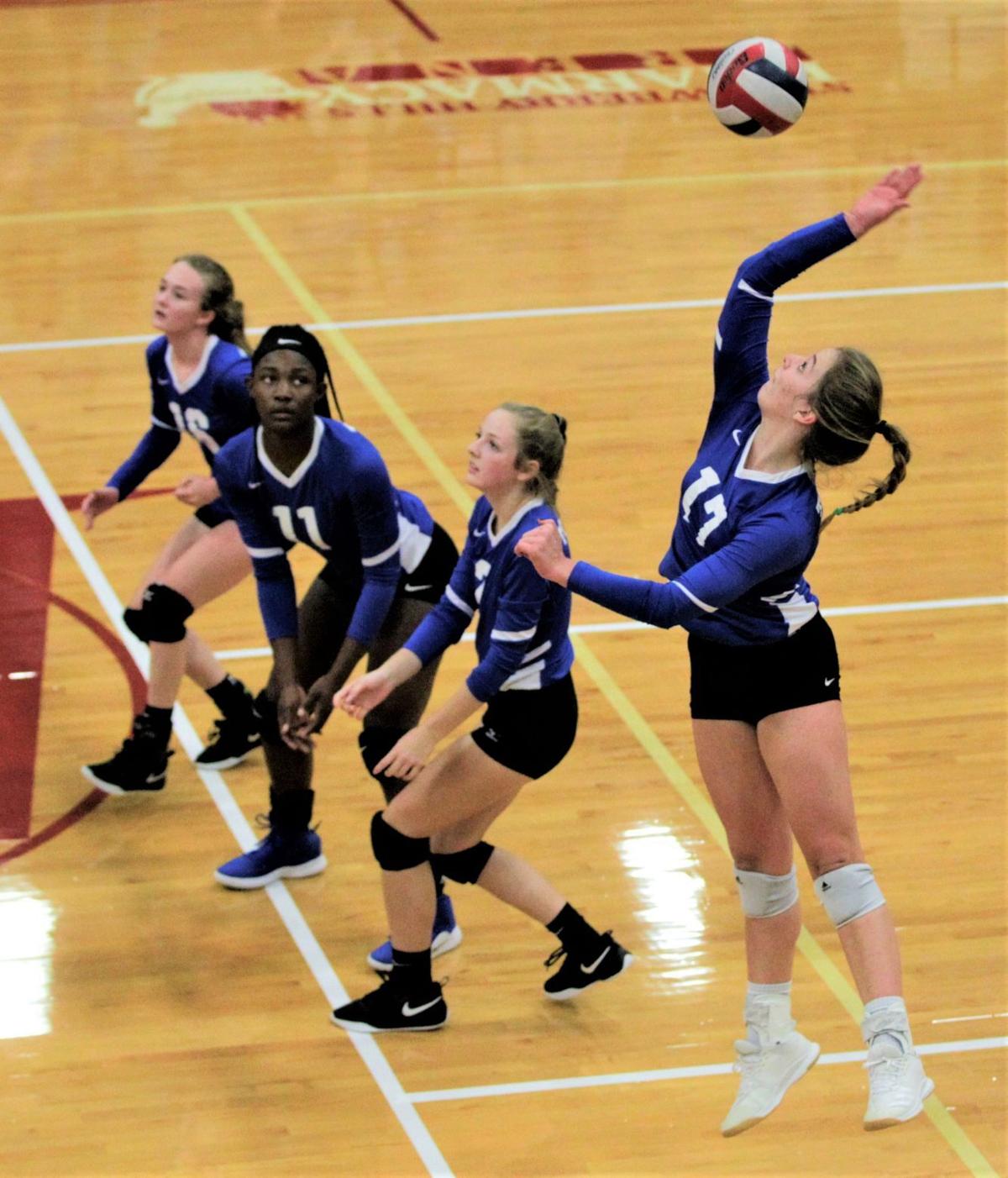 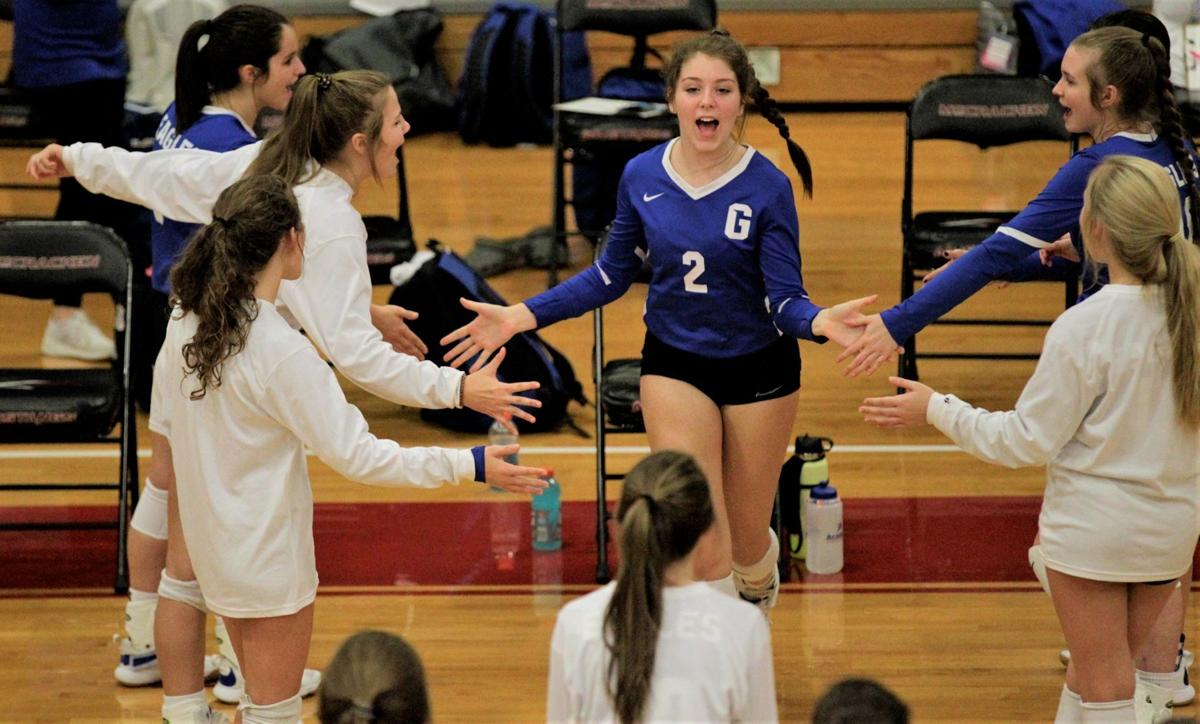 Ballard Memorial’s Isabella Myers (8) has been selected as the 2020 Paducah Sun All-Purchase “Player of the Year.” Myers nearly averaged a triple-double in kills/assists/digs in 25 games this season, while the Lady Bombers enjoyed a regional-best 22-3 year. This is the first-ever team compiled for the First Region sport.

Basketball, football — alongside more recent additions with baseball, softball and soccer — have long culminated into Paducah Sun “All-Purchase” teams. These are coveted spots by local coaches and players, who understandably don’t want their hard work of season preparation and success to fade into the shadows.

As such, it was time to bring an “All-Purchase” volleyball team into the fray.

The talent level in west Kentucky, and particularly the First Region, has produced many players over the last two decades cut for the collegiate ranks ... be it junior college, all the way to Power 5 Division I programs.

An “All-Purchase” nod often signifies elite skill, as votes typically come from coaches and participating media. This first-ever team is no different.

After opening this pandemic-shortened season on a 20-game win streak all the way to the 2020 All “A” State championship, Ballard Memorial’s coach Adam Solomon and his top Lady Bomber, junior setter and outside hitter Isabella “Izzy” Myers, were fittingly named the Paducah Sun’s All-Purchase “Coach of the Year” and “Player of the Year.”

But the beauty of the story was the journey.

“For one, we were really fortunate to have a season,” Solomon said. “We really were. And really, for us, we didn’t miss one game...in terms of cancellation. Sure, everyone’s season was abbreviated. But we missed out on camp, and it was an unorthodox year. You didn’t get to scrimmage anybody. That was obviously different. We had to practice for weeks and weeks and weeks where we couldn’t even touch a ball. You couldn’t even play. That was a different animal in and of itself.

“But the only silver lining in the back of our mind, and everyone else’s, was 1) hope, and 2) everyone else is in the same boat as us.”

“I knew we would be good,” Solomon added, then hesitated. “I knew we would be better than last year. I didn’t know that we would get to a point where we were playing and playing, and man, we were still undefeated. We go all the way up to All ‘A’ state (at McBrayer Arena in Richmond) ... and to be in the finals and still hadn’t lost ... that was nowhere on my radar. It was a blessing just to get to go.”

A blessing, he said, because the Second Region’s Lady Tigers nearly stole the keys to the bus. On Oct. 2 at the Green Palace, it took two hours to determine a sub-sectional champion. Five sets later, Myers had 28 kills, 24 digs and 19 assists, Bailey Lee (another All-Purchase player) had 19 kills and 23 digs, Alyssa Dome had 15 digs, Morgan Blankenship had 26 assists and KyLee Bodell had 27 digs ... and the Lady Bombers had a 3-2 win to preserve the streak.

“I think one of our biggest strength was our maturity and experience,” Solomon said. “This year’s team was comprised of almost entirely juniors and seniors. We did a good job of showing poise and focus during times of pressure and when our opponents would make runs.

“We were stronger together.”

She also delivered big performances in big moments. Against Presentation in the All “A” finale, she’d finish with 23 kills, six assists and 18 digs. In the Third District championships against Graves County, she’d counter fell All-Purchase honoree and former high school teammate Audrey Dowdy Cariveau with 12 kills, 20 assists and 13 digs.

And in the season finale against Paducah Tilghman, she led all scorers with 14 kills, 21 assists and 11 digs.

“You put her on any team in the region, and she starts for every single team in the region,” Solomon stated. “And she doesn’t come out. I think that’s a no-brainer. She makes my job easy. When I can just tell the setter, ‘Hey, give Izzy the ball,’ it makes me look like a genius.”

But the first-ever All-Purchase volleyball team also has representation from Graves County (Cariveau), Paducah Tilghman (Emily Schumaker and Bailey Schipp), Christian Fellowship (Lillian Burnett and Emma Fletcher) and Marshall County (Halle Langhi and Clara Bradley) — in what was a competitive season from the jump.