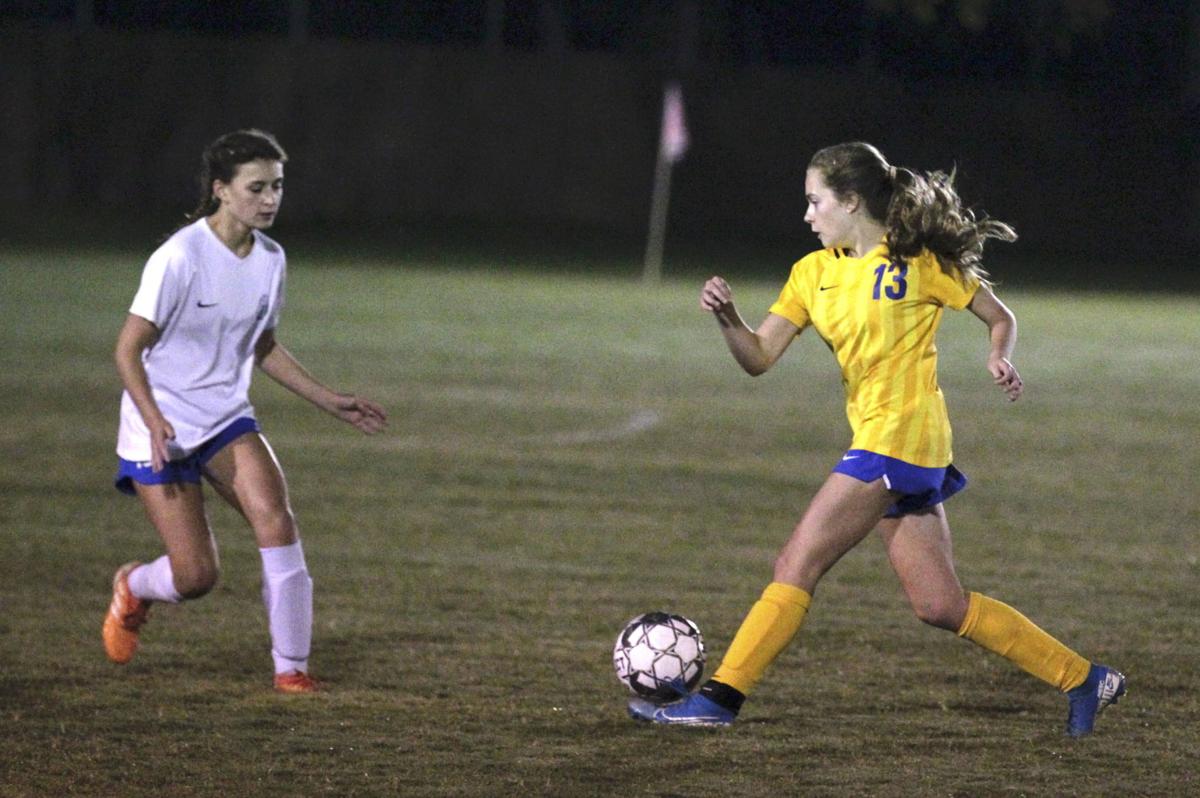 After missing most of the season with a bone contusion, St. Mary’s Miranda Gartner (13) returned to action on Tuesday night at the perfect time, helping lead the Lady Vikings to a 1-0 season-extending win over Paducah Tilghman in the First District semifinals at Jetton Field in Paducah. 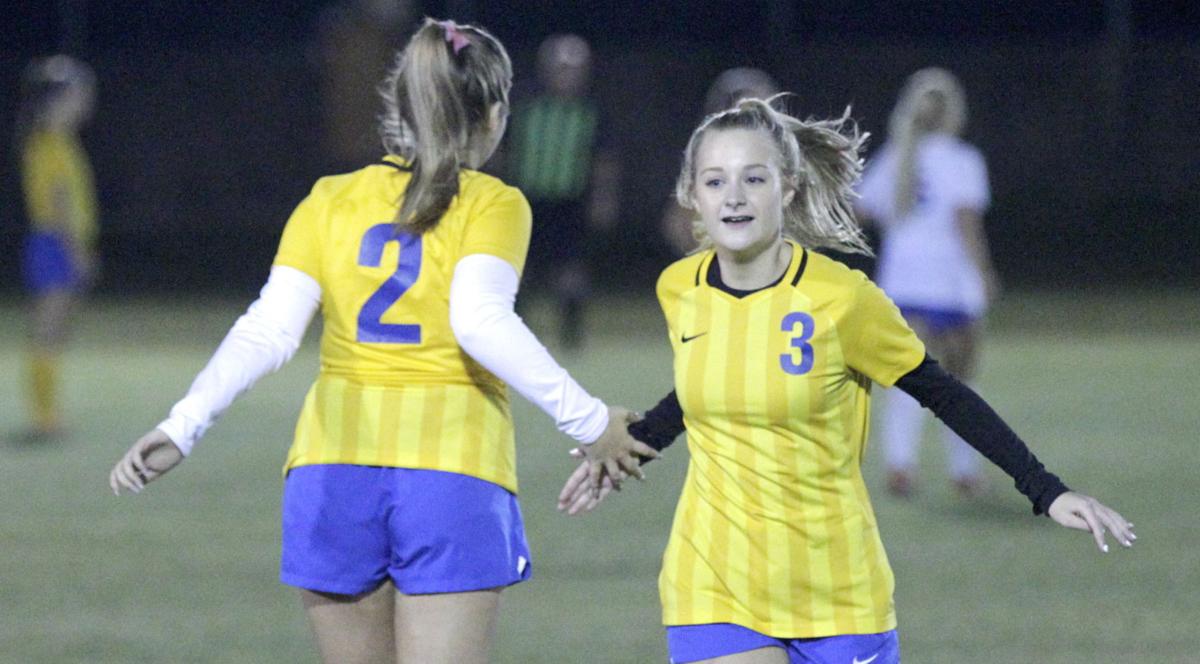 After missing most of the season with a bone contusion, St. Mary’s Miranda Gartner (13) returned to action on Tuesday night at the perfect time, helping lead the Lady Vikings to a 1-0 season-extending win over Paducah Tilghman in the First District semifinals at Jetton Field in Paducah.

For the first time since 2015, the St. Mary Vikings swept the Paducah Tilghman Blue Tornado — courtesy of a commanding 4-1 win on Tuesday night in the semifinal round of the First District Tournament at Jetton Field.

Coincidentally, it’s also the first time the Vikings are headed back to the First District final and the First Region Tournament, as the Blue Tornado have been the impossible hurdle for a half-decade.

“It feels good to finally get them,” noted St. Mary senior Parker MacCauley, who made it 4-0 in the 51st minute after a nice through ball from Jack Roof. “We beat them three times this year, and normally, they’ve been whooping us the past few years. It feels good, during my senior year, to get them three times and make it to the tournament.”

MacCauley’s goal was simply icing on a cake — one that had been in the oven for five years — as St. Mary did its damage in the first half behind staunch defense and Roof, who had goals in the 30th and 35th minutes to triple the Vikings’ lead.

Now, St. Mary gets a rematch with the McCracken County Mustangs (8-2-3) on Thursday night, after falling to them 5-1 at Mercy Health Field on Sept. 24, and it’s a matchup guys like MacCauley are looking forward to with the season extended.

For the Blue Tornado, it was undoubtedly a tough season, one that finished 0-9 for first-year skipper and former St. Mary head coach Blaine Skeen.

Tuesday was a night of mixed emotions for him. On one hand, he’d preferred his Paducah Tilghman squad come out on top. On the other hand, however, he’s still close with several Vikings from last year’s team, and coming from Marshall County, he understands what it means to advance deep into a postseason.

And it means even more at St. Mary.

“Of course, the guys that I have in front of me are the ones I want on top of the competition,” Skeen said. “But, there is a sense of gratification that a small school like St. Mary is still competing in the sense much like 2019.

“But I’ve got these Tilghman guys rolling just to see what we could do, and I think in future seasons, good things will come. But, definitely, part of me is happy to see (St. Mary) move on.”

“We’ve had injuries all year, and we haven’t played to our potential because of some of those injuries,” noted St. Mary boys and girls coach Andrew Leonard. “Most games, we played 11 girls, and sometimes 10-ish. There were times where we had two girls hurt and just standing on the field, just to get games in. And it’s been terrible, and our morale has been down.

“But our girls fought, and they knew that they could win, and we talked about it.”

The Lady Vikings welcomed the return of sophomore forward Miranda Gartner for depth, then held on for defensive life, as Vanessa Becker’s penalty kick in the 28th minute proved to be the only offense either team could muster.

The Lady Blue Tornado outshot St. Mary 20-9, but St. Mary’s first-year keeper Anistyn Thomas finished with eight saves, while many of Tilghman’s shots were painful near-misses — including in the final second, as a shot sailed just over the crossbar and into the darkness.

“This means everything, especially as a first-year goalie,” Thomas said, after notching her first shutout of the season. “I took the place of Abby Hatton, and she was a star last year. It just means everything to me to look up to Abby, and to wear her shirt in the goal.”

The only save she didn’t make was a goal that got nullified by a dead-ball whistle, in which Tilghman junior Shelby Nickal scored in the 56th minute.

After it was wiped from the board, Thomas would make four saves in the final 24 minutes.

“I’m from a Catholic school, so I’m just going to put it up there: I pray,” she added. “I pray before every shot. I pray.”