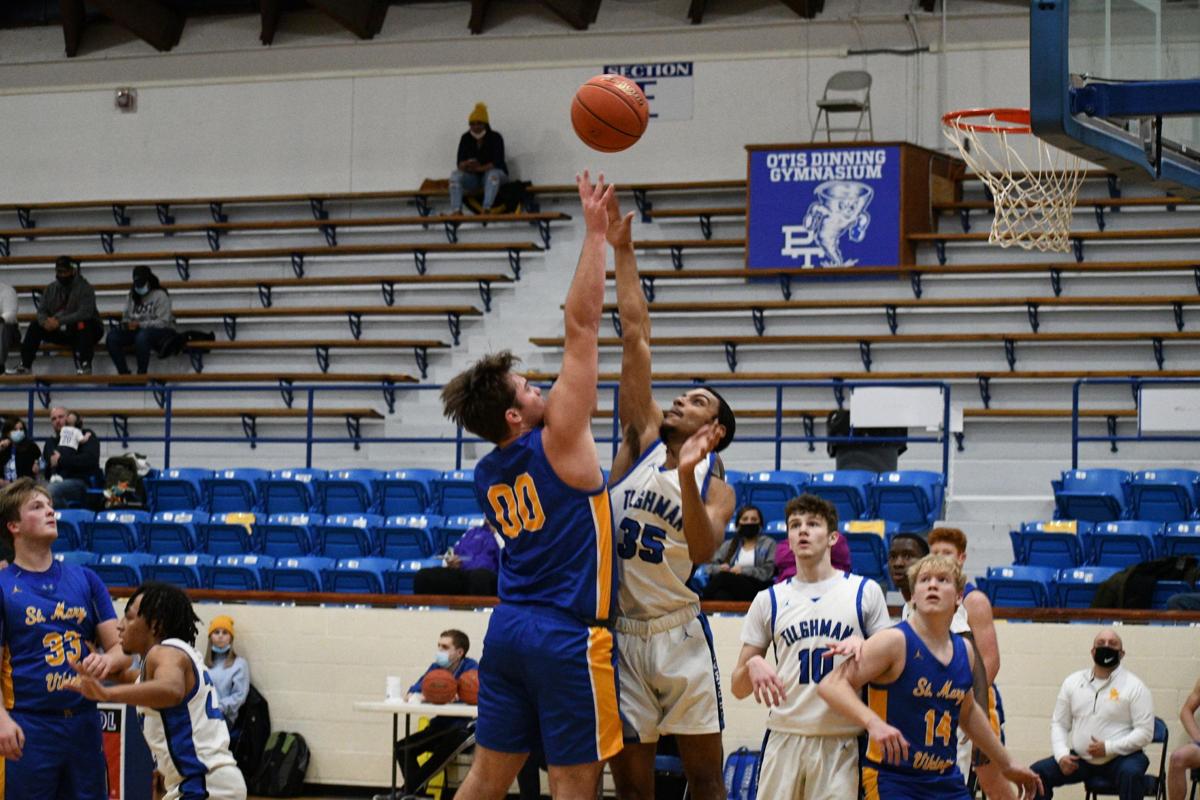 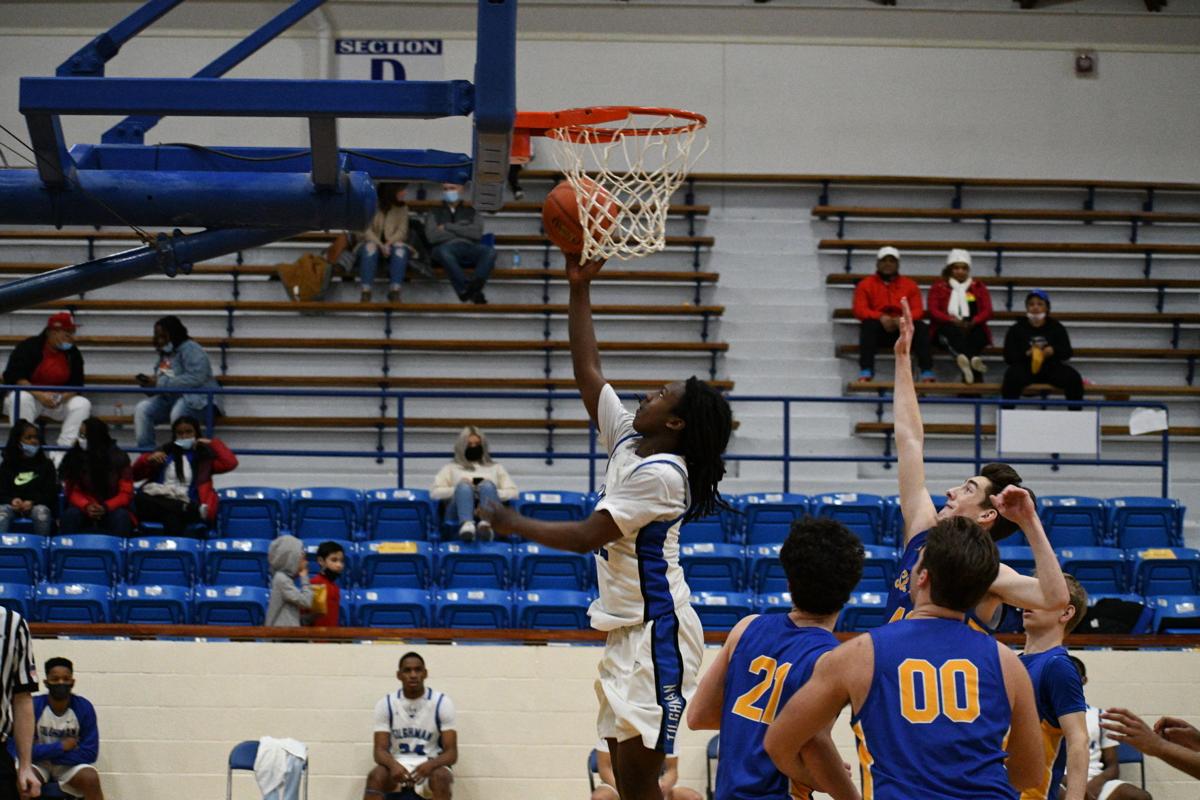 Paducah Tilghman junior Mian Shaw finds a lane and goes up for an easy layup against St. Mary on Friday at Otis Dinning Gym. Shaw scored a game-high 16 points in the Blue Tornado's 55-33 triumph.

Paducah Tilghman junior Mian Shaw finds a lane and goes up for an easy layup against St. Mary on Friday at Otis Dinning Gym. Shaw scored a game-high 16 points in the Blue Tornado's 55-33 triumph.

Shaw led the way with 16 points in the game. He had a quiet first half, but finished strong in the fourth quarter with 10 points.

“Once the floor got spread out a little bit, he is really good in the open court,” Paducah Tilghman head coach Greg Overstreet said. “Once we kinda got the pace going, we got out in transition, that’s where he really shines. I think he was a little sluggish like all of our guys. He missed a couple of shots, some he normally makes.”

Senior Eli Brown added 12 points. Just like Shaw, it wasn’t until the second half that Brown really got going.

In the first half, both teams showed signs of not playing much recently. Passes were not as crisp and shots that would normally fall for players were just not falling.

Tilghman's defense was a big factor in the game and was instrumental in the Blue Tornado (8-2) taking a 20-12 lead at the end of the first quarter.

St. Mary had a hard time getting to the rim and getting anything down low. Senior Bryce Haas was able to get some easy looks but for the most part was not a big factor down the stretch.

Tilghman's offense looked more crisp in the third quarter, and it looked more focused on defense as well.

The Vikings were held to 11 points in the second half, while the Blue Tornado started to pick it up on the offensive side of the ball.

Tilghman put up 27 points total in the third and fourth frames to put the game away.