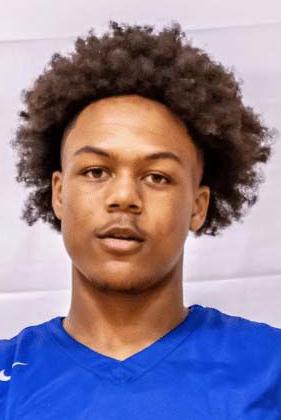 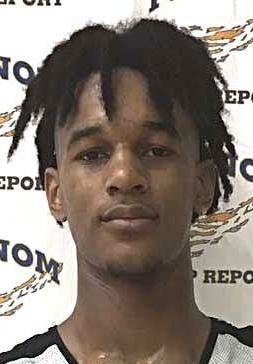 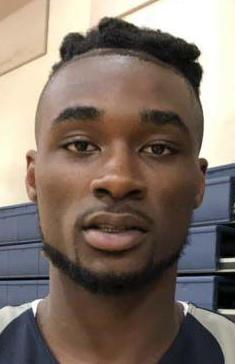 Sports might be on hiatus due to the coronavirus pandemic, but the summer — and the arrival of the Murray State men’s basketball’s Class of 2020 — is quickly approaching.

The postseason awards season has come and gone, and a picture of Racer potential can be painted with more clarity, as full numbers are now in focus.

A two-time Paducah Sun All-Purchase Player of the Year (2019, 2020) who was recently named to the Louisville Courier-Journal’s All-State First Team, Sivills averaged 21.4 points, 7.9 rebounds, 2.0 assists, 1.0 steals, shot 45.5% from the field and 83% from the stripe for the First Region champion Mustangs.

A finalist for Kentucky “Mr. Basketball” as the Kentucky Association for Basketball Coaches selection for Region 1 senior Player of the Year, Sivills also garnered all-state honors from the Lexington Herald-Leader, and last week was named an all-star for the since-canceled Kentucky-Indiana All-Star Game.

But the choice to join the Racers was Jackson Sivills’ own, as he touted double-digit offers from mid-major programs across the country.

“I wanted to make my own decision,” Sivills told MSU Athletics. “Even before I was born, it was a great program when my dad played there. Others recruited me, but I found that Murray State was the best place for me. The recent success they’ve had has featured the best teams at MSU, and I feel like it’s a place I can come in and thrive in the system. It was easy to fall in love with what we have at Murray State.”

Bostick was able to complete his final season in a high school uniform, where he averaged 24.1 points, 5.2 rebounds, 4.6 assists and 2.6 steals per game for East Lake High School. His team made the Florida Class 6A semifinals for the first time in school history, and was named the Florida Dairy Farmers Class 6A Player of the Year.

In his junior season (2018-19), Bostick was named the Tampa Bay Times “Player of the Year,” and garnered all-state honors from the Florida Association of Basketball Coaches.

Apparently in his downtime this past year, Bostick stayed in tune with the Racers — catching games online when able.

“I liked the way they play, which is fast paced and downhill,” Bostick told MSU Athletics. “The way they play is the way I like to play. The atmosphere at Murray State home games looks amazing, and I can’t wait to be a part of it. When I watched games last season, what I tried to do was put myself in the situations that the team had.”

Kirby is a four-time all-state selection by the Georgia Basketball Coaches Association, and back-to-back 2A Player of the Year. The Atlanta Journal Constitution has also named him its 2A “Mr. Basketball.”

“The coaches showed me they really wanted me on their team, and I felt like it was a place that I wanted to be at,” Kirby told MSU Athletics. “When Murray State offered, coach McMahon called me himself. I’m looking forward to being a part of that family.”

McMullen landed on the 3A All-State First Team, drafted by votes from the N.C. Basketball Coaches Association, after averaging 15.5 points and 9.9 rebounds per game in 2019-20. He also earned All-Area Team (greater Greensboro) by the News & Record and All-Piedmont Triad 3A Conference honors, as the BSHS Eagles finished 21-8 on the year.

“The Murray State coaches brought me in for my visit in the first week, and I liked all of them and the players,” McMullen told MSU Athletics.

“The crowd support we got at my high school was really good, and I know the support the team gets at Murray State is big time. I was drawn to that.”

After averaging a team-best 13.9 points and 4.3 assists this past season, the 29-4 Bruins were bound for the 2020 NJCAA Tournament as the field’s No. 4 overall seed before concerns of the coronavirus spread throttled the event.

Still, Hill earned NJCAA All-America status as one of the top 10 junior college players in the 2019-20 season, and — according to Richard Davenport, Arkansas recruiting reporter for the Arkansas Democrat-Gazette — the shifty point guard committed to Murray State “sight unseen,” because of the NCAA dead period levied on March 13 due to the coronavirus pandemic.

And yet, it felt right.

“Just because of the relations coach (Matt) McMahon and I built over the last few months, and the other people on the coaching staff,” Hill told Davenport. “I just became close with those guys, and I’m really comfortable around them.

Hill is the son of former Arkansas assistant football coach turned San Jose State head coach Fitz Hill, who spurned a promising football career for basketball. After managing 17.5 ppg, 4.0 rpg, 3.1 apg and 3.2 spg in his junior season, Hill skipped his senior year to enroll under Mike Anderson and the Razorbacks a year early. He had committed to Arkansas in 2016, but following Anderson’s dismissal, Hill transferred to Salt Lake CC.

He has three years of eligibility remaining.