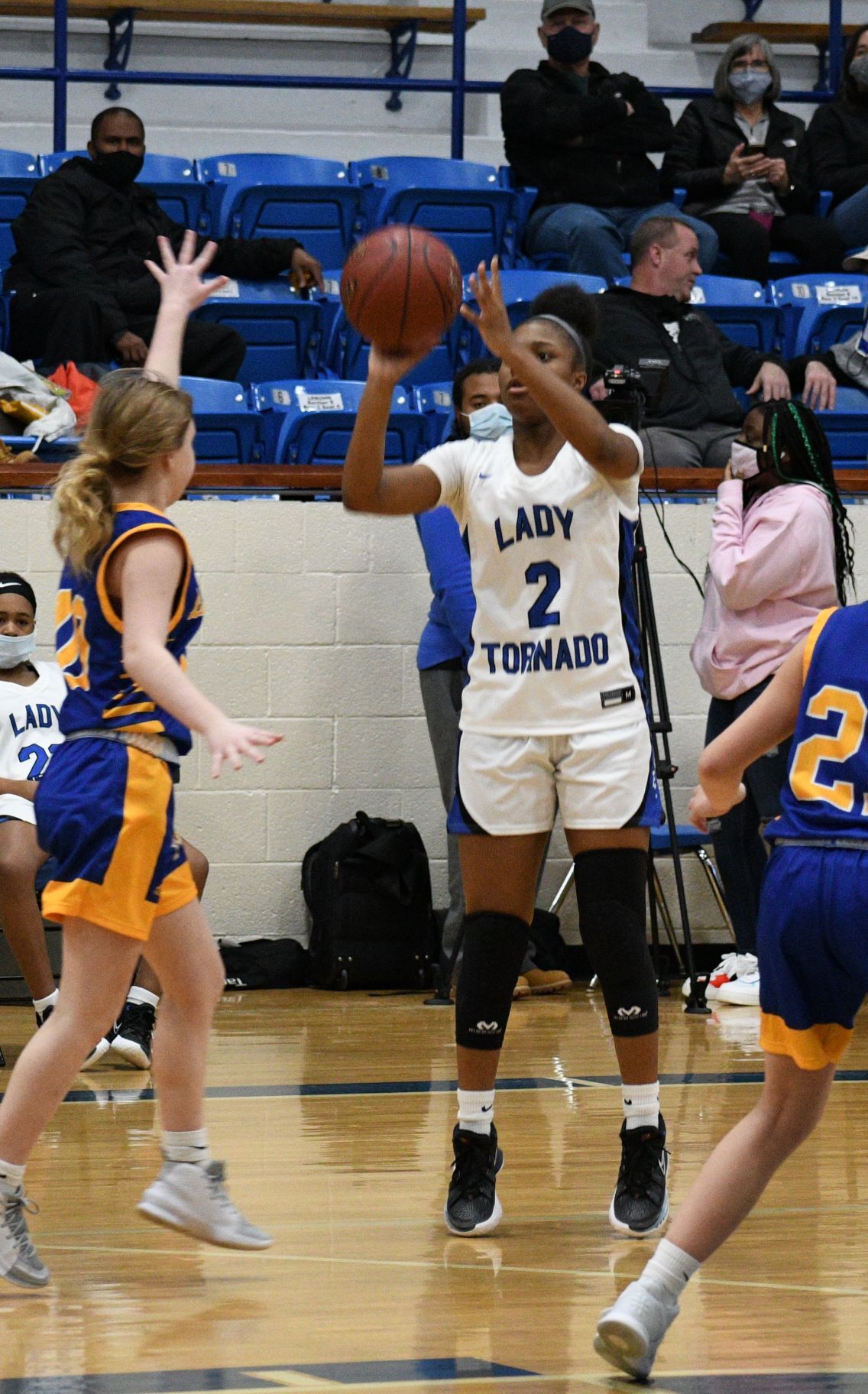 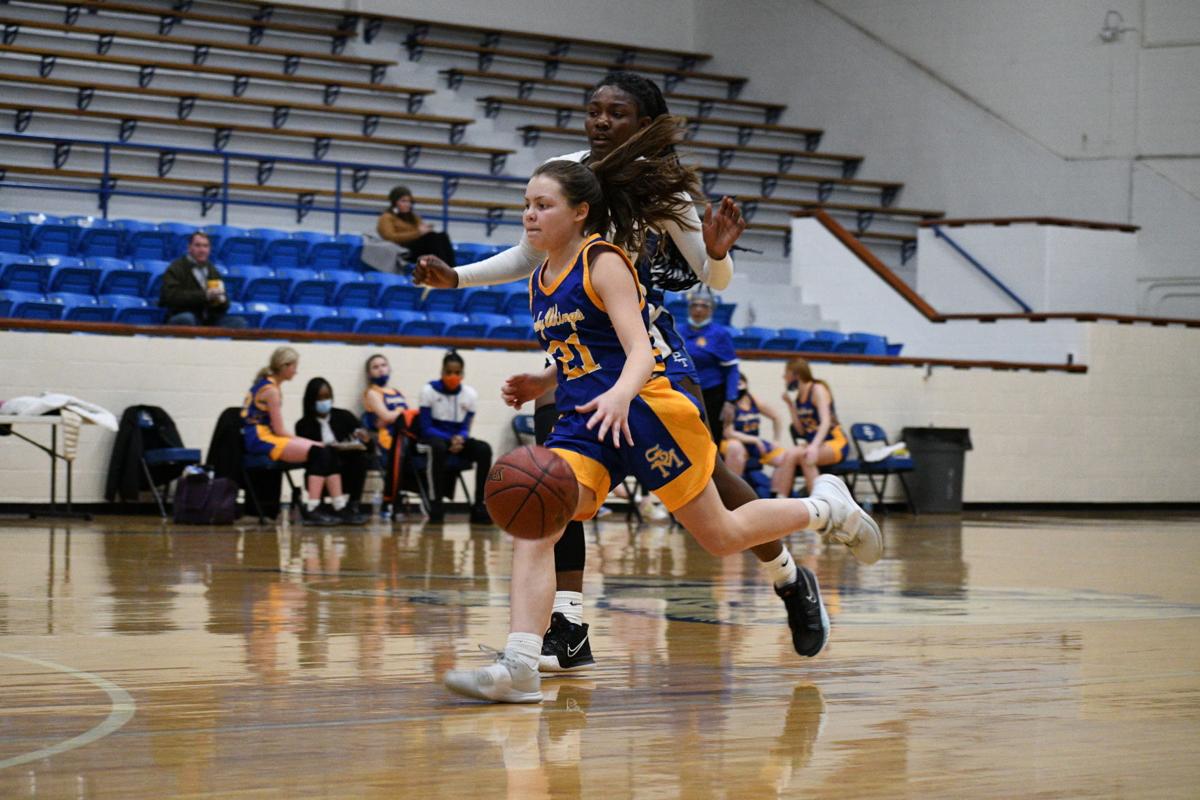 St. Mary eighth grader Olivia Lorch weaves her way to the lane for an easy layup late in the third quarter against Paducah Tilghman on Friday night.

St. Mary eighth grader Olivia Lorch weaves her way to the lane for an easy layup late in the third quarter against Paducah Tilghman on Friday night.

The Paducah Tilghman Lady Tornado showed no signs of rust after their 71-22 rout of St. Mary on Friday night in Otis Dinning Gym.

Defense was the order of the day for the Lady Tornado in the first half.

St. Mary struggled to get into any sets when it got into the half court. Tilghman’s defense was swarming to the ball and it led to easy turnovers that created transition points.

“It was kind of like to survive” said Lady Tornado coach Sandra K. Griffes-Devoe, whose team hadn’t played in two weeks. “We only had one practice and one shoot before we played today due to COVID. It was more or less a situation of keep them out of foul trouble and conserve energy.”

The Lady Vikings were held to only one field goal in the first quarter and that came on an offensive rebound.

Tilghman’s combination of Diamond Gray and Dasia Garland led the charge in points, as they combined for 20 points in the first half, as Tilghman (5-5) built a 43-11 advantage.

Despite St. Mary’s scoring difficulties, there were a couple of players that stood out, especially late in the second quarter.

Eighth grader Olivia Lorch didn’t have many points in the half with only four, but she played with passion and desire and a never-give-up attitude.

The same could be said for sophomore Kaitlynn Burrus. She went after almost all of the 50/50 balls and got calls that gave the Lady Vikings (1-9) opportunities to get points.

The second half was much of the same as the first for the Lady Tornado. They were able to run out in transition and the lead grew to the point where the running clock rule took over in the third quarter.

Gray finished with a team-leading 20 points, while Garland added 16.