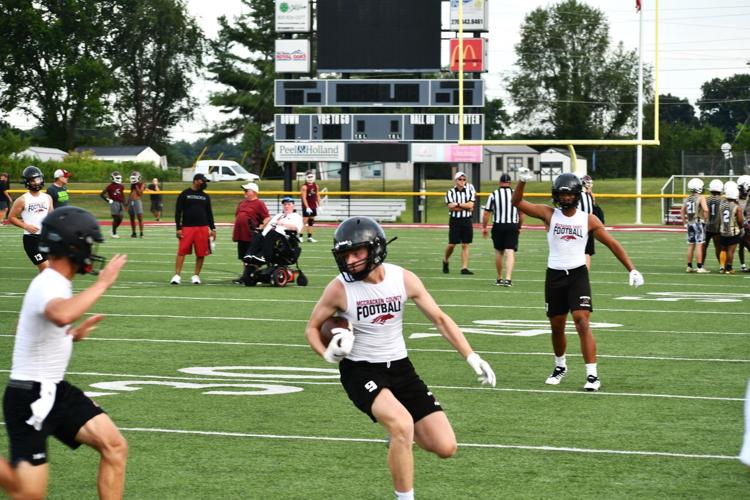 The second night of the McCracken County Mustangs 7-on-7 tournament took place on Friday night. 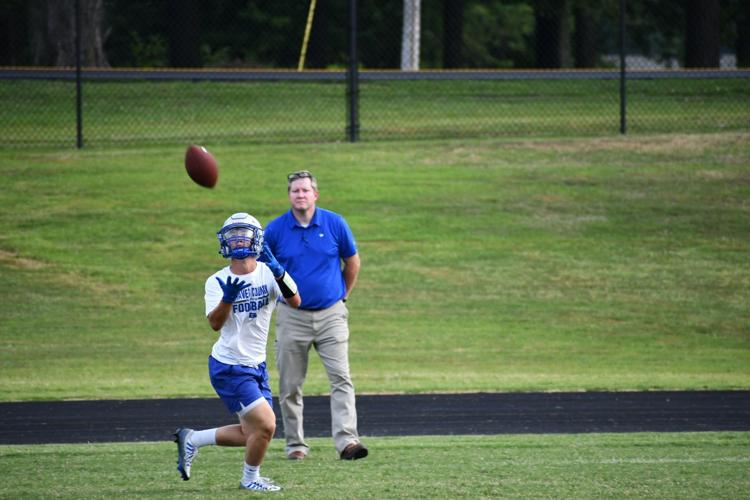 The Graves County Eagles joined the Mustangs in representing the First Region on Friday night in the McCracken County 7-on-7 tournament.

The second night of the McCracken County Mustangs 7-on-7 tournament took place on Friday night.

The Graves County Eagles joined the Mustangs in representing the First Region on Friday night in the McCracken County 7-on-7 tournament.

McCracken County’s 7-on-7 tournament is a sign that the high school football season is right around the corner. Games might not feature full rosters and full contact, but teams are able to get an idea of the not only some of the talent they might face, but also the talent they pose themselves.

The two night tournament consisted of a “Small School” Thursday night and “Big School” Friday night. Local schools including Fulton County, Calloway County, Paducah Tilghman and Massac County were amongst the 14 schools in the “Small School” tournament and Graves County joined the Mustangs in the “Large School” Friday night games. McCracken County head coach Jonathan Smith says that while a 7-on-7 tournament isn’t the real deal, it is good to see his team and others getting some reps in to start out the season.

“The one important things about 7-on-7 is you get the opportunity to compete,” Smith said. “So all of these teams, including ourselves haven’t had the chance to compete against anybody in seven or eight months, so I think it’s a great opportunity to get out and evaluate which guys on our team want to compete. And more obviously we get to work on both our passing game on the offensive side of the ball and our coverage on the defensive side.”

McCracken County went 2-1 on the day to advance to the single elimination tournament. They started out the night beating Poplar Bluff, MO, lost to Highland, IL and beat Evansville, Central, IN.

The Mustangs’ 2022 season will officially begin on Aug. 20 when they travel across town to take on Paducah Tilghman in the Rumble on the River. Their first home game will be on Sept. 2 when they host Graves County.