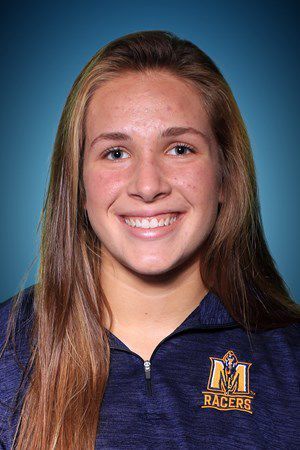 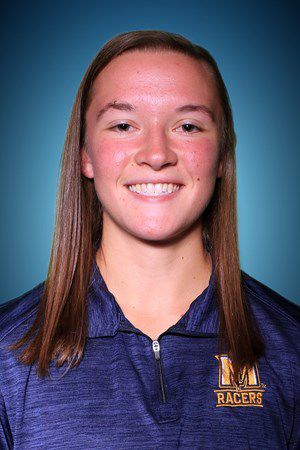 Murray State junior Macey Turley and freshman Katelyn Young both capped the 2020-21 regular season by being named to the All-Ohio Valley Conference first team, the league announced Tuesday. The two Racers finished third and fifth, respectively, in the OVC postseason voting, making Murray State the only school with two players in the top five. In addition to her All-OVC honor, Young also was named to the OVC All-Newcomer team.

She shot 40.7% from the field and led the league in 3-point shooting percentage and free-throw percentage at 38.6 and 92.4, respectively.

The junior’s free-throw percentage is also the fourth-best in the nation, thanks in large part to her school-record consecutive free throw streak of 45 earlier this eason.

The Murray native became the school’s 20th member of the 1,000-point club this year and now sits as the school’s 13th all-time leading scorer with 1,257 points.

This is now the third All-OVC honor of Turley’s career after earning second-team honors in 2019 and first-team in 2020.

In what is Young’s first season as a Racer, she’s averaging 14.3 points per game to go along with a league-high 9.5 rebounds per game. Her 51.3 field goal percentage leads the league this season, as does her tally for double-doubles at nine.

The Oakwood, Illinois, native netted seven OVC Freshman of the Week awards on the year.

On Thursday, Turley, Young and the rest of the Racers will open play in the OVC Women’s Basketball Championship at the Ford Center in Evansville, Indiana.

The sixth-seeded Racers will tangle with the third-seeded Redhawks of Southeast Missouri. Tip-off is scheduled for 3:30 p.m. with the game airing on ESPN+, WNBS 97.9 FM and the Zeno Radio app.