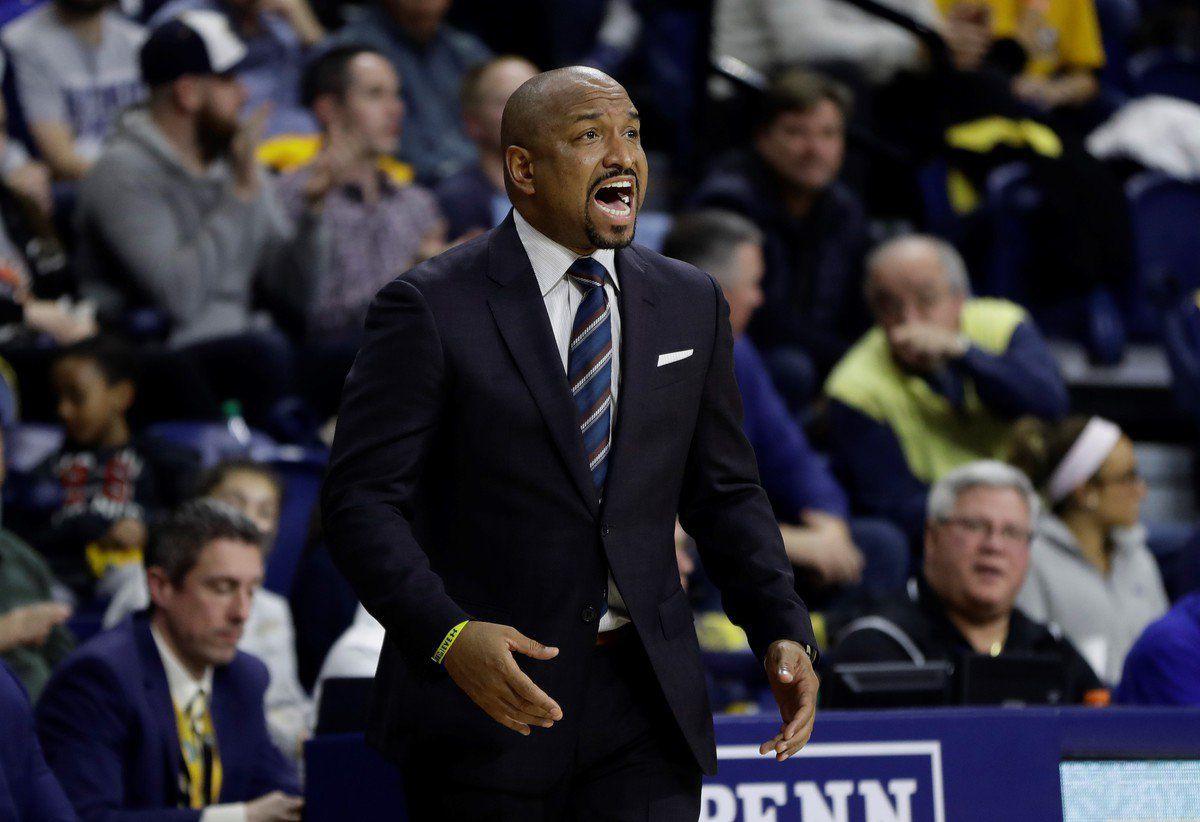 La Salle head coach Ashley Howard is seen in action during an NCAA college basketball game against Villanova on Dec. 1, 2018, in Philadelphia. Howard and the Explorers are Murray State's next opponent tonight in the opening round of the 2019 Gulf Coast Showcase in Estero, Fla. 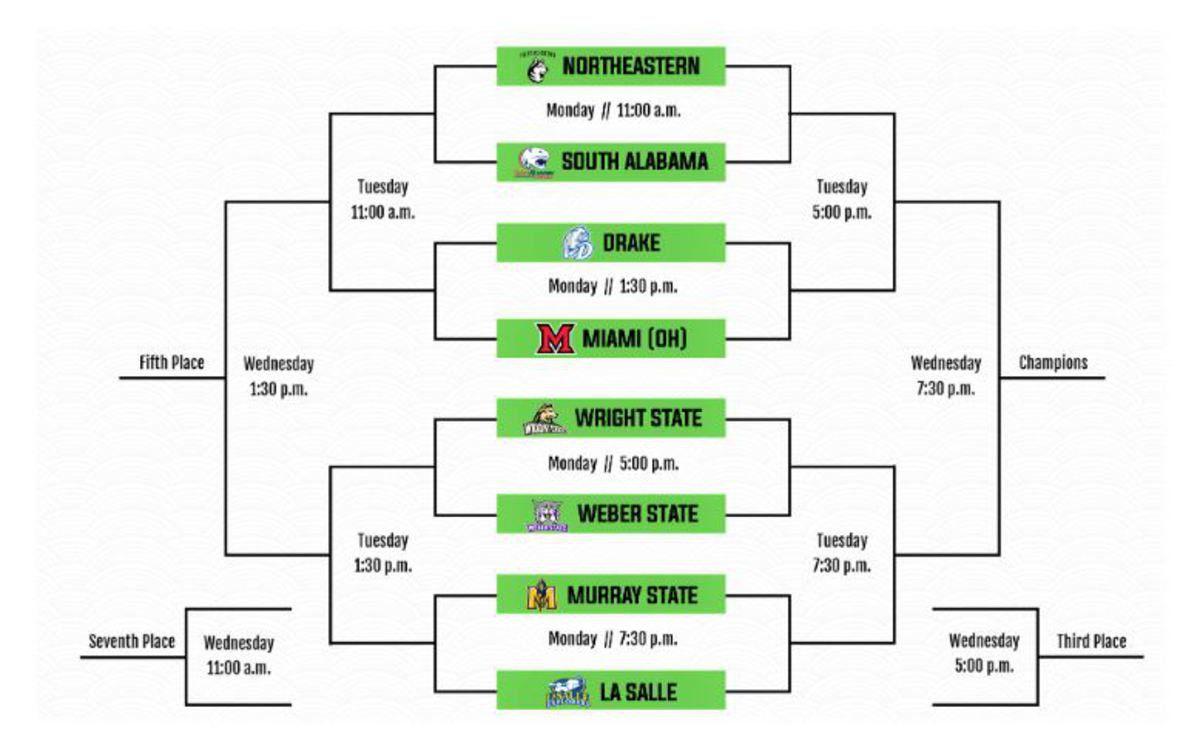 La Salle head coach Ashley Howard is seen in action during an NCAA college basketball game against Villanova on Dec. 1, 2018, in Philadelphia. Howard and the Explorers are Murray State's next opponent tonight in the opening round of the 2019 Gulf Coast Showcase in Estero, Fla.

The last time Murray State men's basketball faced off in the Gulf Coast Showcase in Estero, Florida, Racer skipper Matt McMahon was embracing the challenges that come in the first year of a job.

He employed an eight-man rotation -- one that included Wayne Langston, Bryce Jones, Gee McGhee, Damarcus Croaker, Jeffrey Moss, Brion Sanchious, Chad Culbreath and Justin Seymour -- and one he didn't deviate away from much as the season progressed.

Flash forward to this week, as the Racers again travel to Estero in a return to the Showcase for three games -- starting with the A-10 University of La Salle Explorers for a 7:30 p.m. tip tonight Hertz Arena.

Instead of trying to squeeze a limited roster this time around, McMahon and his staff get to spend the next 72 hours tinkering with who goes where and when.

During the Racers' last time out (a 79-66 win over Southern Illinois at home), only sophomore guard Tevin Brown played more than 30 minutes (38:58, 18 points, 5 rebounds, 2 assists, 0 turnovers) -- and understandably so. He played mistake-free basketball, is the team's best defender at the guard position and is currently shooting north of 50% from behind the arc to start the year.

But eight other players around him played more than 15 or more minutes in the victory: KJ Williams, Anthony Smith, DaQuan Smith, Jaiveon Eaves, Darnell Cowart, Chico Carter Jr., Devin Gilmore and Jason Holliday. And this is without freshmen Noah Kamba (concussion protocol) or Demond Robinson (two appearances) touching the floor.

Look for this trend to continue over the next two weeks, as the Racers embrace six games in 18 days. But especially look for McMahon to do it this week, with three games in the next 72 hours, as those roles -- and the player development -- to really be pushed.

"I think it's coming together well, but I think it takes time," McMahon said of rotations. "And my answer will always be the same: those minutes are earned in practice. You never really overreact to one game's performance -- whether good or bad. But I think guys really establish their roles in practice, through their efforts, their ability to make their teammates better and how they impact winning for our team.

"And so that was probably a first time for me, where I know we had Tevin play 39 minutes (against SIU), but we had eight guys between 15 and 23 minutes, somewhere in there, on Tuesday. It'll continue to be a work in progress as we go through the season, but I think getting to play three games in three days, you're going to need more than just five or six bodies to be successful in tournaments."

Only Virginia and Gonzaga have fewer losses than the Racers over the last two-and-a-quarter seasons, and the Racers are 12-0 against Division I opponents following a Division I loss -- a streak that stayed true when MSU followed its 82-63 loss to Tennessee with a home win over the Salukis.

But this week is like cramming for college finals, because following a win or loss against La Salle, this staff could face any combination of Weber State/Wright State, Miami (OH)/Drake or Northeastern/S. Alabama along the way.

Assistants Tim Kaine, Shane Nichols and Casey Long, of course, are up ahead on the advanced scouting, but aside from the Explorers, there's little floor time to prepare for the next opponent.

"It's going to be a lot of fun, (and) I'm really looking forward to the tournament," McMahon noted. "I'm thrilled with the quality of competition we're going to get to play against, and see where we're at here in late November.

"But it is a lot of work on the coaching staff. They've been doing a lot of advanced scouting on each team that's in the field. The La Salle game, the opener, you prepare just like any game. A four-day prep going in. But now you start looking at your second- and third-round games, and it's going to be quick turnarounds. No time to prepare on the court. A lot of time in the film room with the players, making sure they understand personnel and offensive and defensive tendencies without getting too much information.

"I think in certain situations, you're really counting on your training and the practice we've put in since June. The habits we're trying to establish, and trying to spend more time focusing on what Murray State needs to do to win versus who we're playing."

Now in his second season leading the program, former Villanova assistant Ashley Howard is looking to build on a 2018-19 year in which La Salle finished 10-21 and 8-10 in conference play.

Responsible for recruiting talent such as Mikal Bridges, Jalen Brunson, Donte DiVincenzo, Omari Spellman and Josh Hart (now all in the NBA) under Jay Wright, Howard now has a roster rife with balance and athleticism in year two.

"They've got great size in the backcourt especially, 6-4 to 6-6 in the one through three spots," McMahon said. "Got good size up front. Very physical. Play extremely hard. Athleticism at every position. Think it's going to be a great test for us."