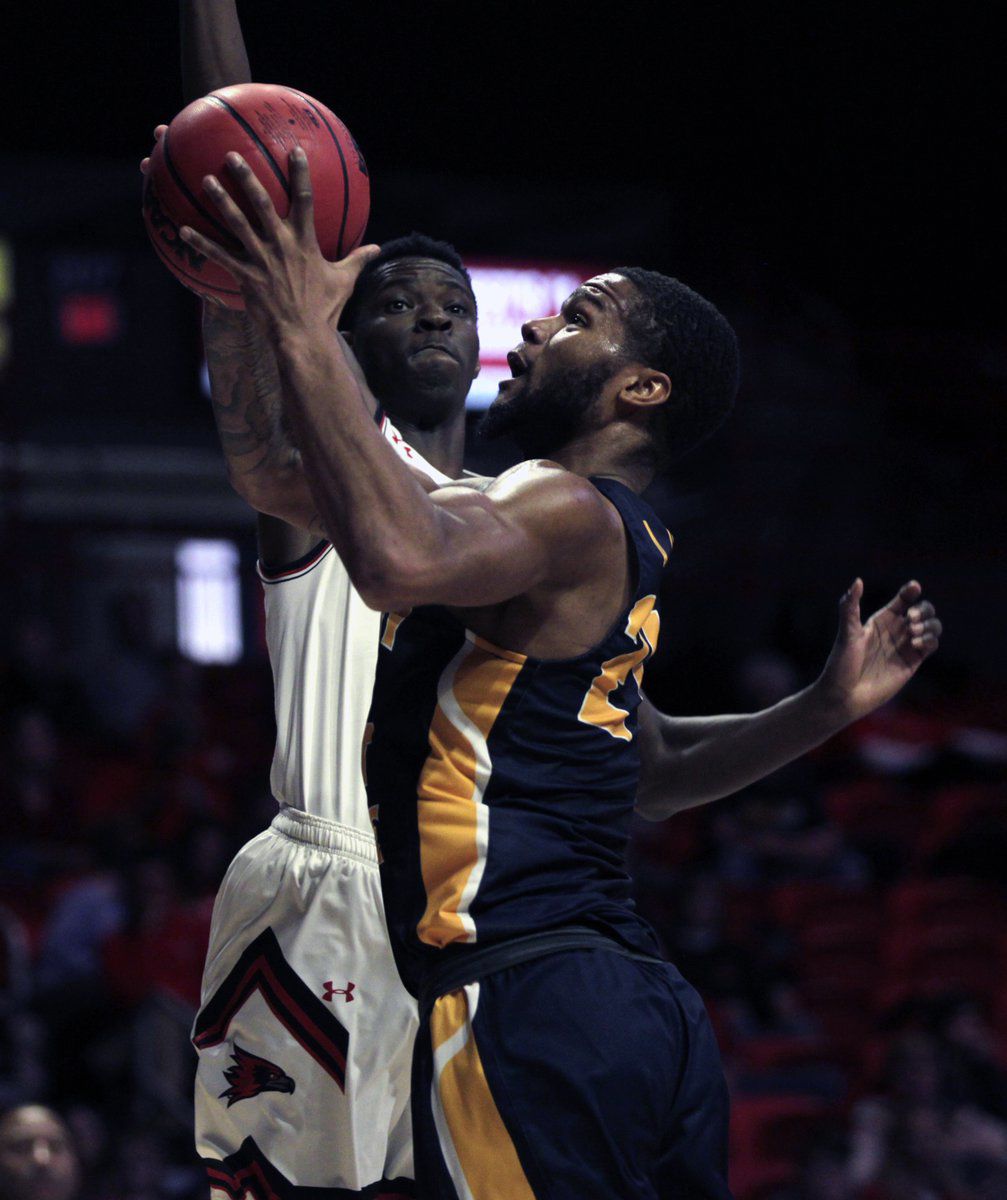 Murray State senior forward Anthony Smith logged his sixth double-double (22 points, 10 rebounds) of the season on Saturday at the Show Me Center in Cape Girardeau, Mo., and the Racers escaped with a 96-91 overtime win over Southeast Missouri to move to 6-0 in OVC action. 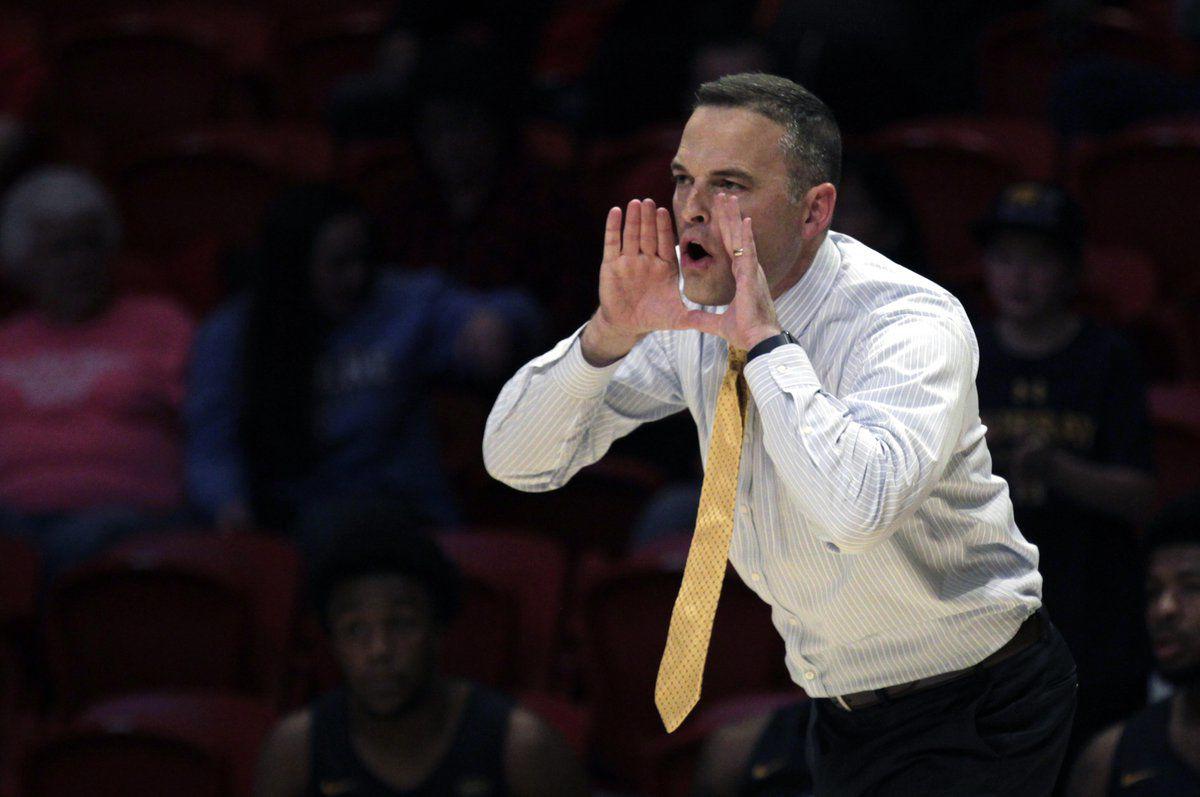 Murray State fifth-year men's basketball coach Matt McMahon picked up his 100th career win on Saturday and is now 100-47 for the Racers over the last 4 1/2 seasons.

Murray State senior forward Anthony Smith logged his sixth double-double (22 points, 10 rebounds) of the season on Saturday at the Show Me Center in Cape Girardeau, Mo., and the Racers escaped with a 96-91 overtime win over Southeast Missouri to move to 6-0 in OVC action.

Murray State fifth-year men's basketball coach Matt McMahon picked up his 100th career win on Saturday and is now 100-47 for the Racers over the last 4 1/2 seasons.

CAPE GIRARDEAU, Mo. -- A 17-point first-half lead had faded for Murray State. And a late 3-pointer from Alex Caldwell, followed by an untouched layup from DQ Nicholas, had Southeast Missouri in the driver's seat for its first Ohio Valley Conference win.

MSU sophomore guard Tevin Brown, however, forced overtime by burying five of his last six free throws in regulation -- including two to force extra time after a SEMO shot-clock violation -- and the Racers survived the Redhawks, 96-91, in a grueling league bout on Saturday afternoon at the Show Me Center.

"This helps a lot," Brown said of the close win. "Because we've got a couple of tough games coming up against Belmont and Tennessee State. And for us to be tested like that in the middle of the conference is good for us. It shows what kind of team we really are."

But the win nearly didn't happen.

The Racers were beyond effective offensively, shooting 30-for-52 from the field and 9-for-15 from the arc, and held a 37-20 lead with 6:01 left in the first frame when Williams capped a 19-2 run with a triple from the key.

And every time MSU chipped away at its deficit, SEMO seemed to have answers. A Brown triple cut it to 62-59, but Redhawks guard Sage Tolbert (16 points, nine rebounds) grabbed one of his team's 10 offensive boards for a putback and a 64-59 advantage.

Brown was fouled on a 3-point make to retake the lead, 73-71 with 3:04 remaining, when Hogan, Caldwell and Nicholas combined for a 7-1 run. Once into overtime, the Racers went nearly perfect to remain unblemished: 3-for-4 from the field and 11-for-15 from the charity stripe to secure it.

"SEMO worked to get back into the game," noted fifth-year MSU coach Matt McMahon. "But again, I'm really proud of our guys. Down four with 50 seconds to go, we find a way to get it to overtime and get the win."

Criticizing victories isn't easy, but McMahon said that it's "always easier to learn from a win, than a loss."

Such was the case for Saturday, as the Racers:

• Were uncharacteristically outrebounded 31-30 overall, and at one point were trailing 18-9 in rebounds late in the second half.

"We only gave up 10 offensive boards in a 45-minute game," McMahon said. "But that's still too many for where we've been this year. Give a lot of credit to Sage Tolbert (five offensive boards). I thought he kicked our butt on the glass. Chased every offensive rebound, and he had a huge impact on the game."

• Allowed 15 turnovers to become 25 points for the Redhawks.

"They upped their pressure with pressing us," Brown said. "We were trying to do too much whenever they started pressing us. Once we got out of halftime, we just had to slow things down."

"You get in conference play, you can throw these records out," McMahon said. "You've got to bring it every day. You've got to play every possession. SEMO brought it today, and they took the fight to us when we went up 17, and we struggled to withstand it. But the bottom line is we did. And our guys battled."

Surprisingly, both teams found an offensive rhythm, despite 64 total fouls being assessed and 75 free throws attempted.

"I really haven't had time to think about it," McMahon said. "It certainly wasn't in my thoughts going into the game. But I'd like to think about it. It does mean a lot to me. The Murray State program means a lot to me and my family. I've been able and lucky -- and it's been 81/2 years now -- play a small role in over 200 wins at one of the great programs in all of college basketball.

"So it is special. I hadn't scored a point in 20 years. One thing I'm very proud of with our program is that it's all about the players, and that's how it should be. So we've been blessed and thankful to coach some really good players over the years. Really proud of our guys tonight. Thought they showed great toughness and character to get a big win on the road."

Said MSU's Anthony Smith, who notched his sixth double-double of the season: "He's done seen it all. He's played Division I basketball, so I'm real proud of him. He deserves it. He put all the work in from Monday through Sunday. I feel like he deserves it. He had it coming."