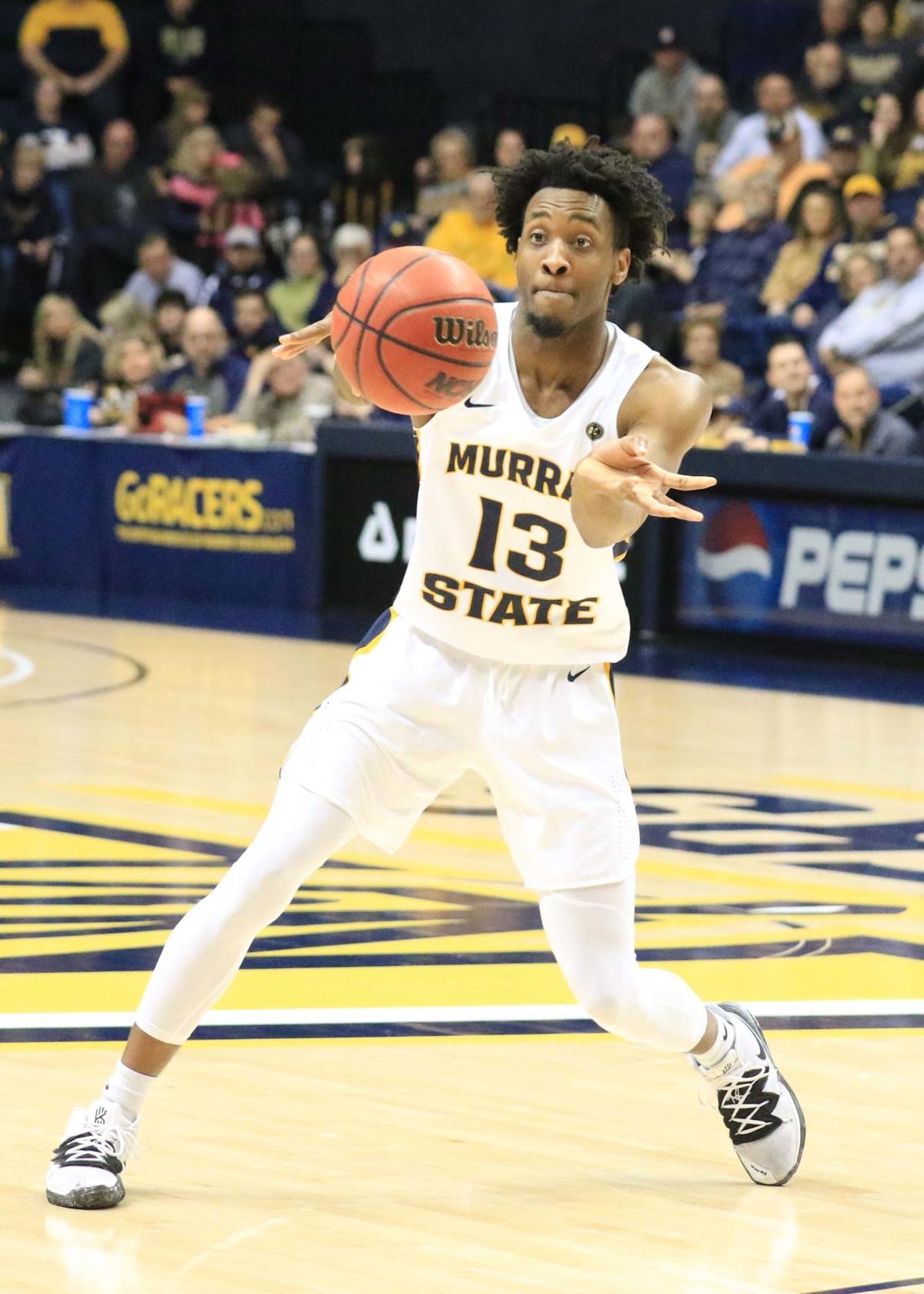 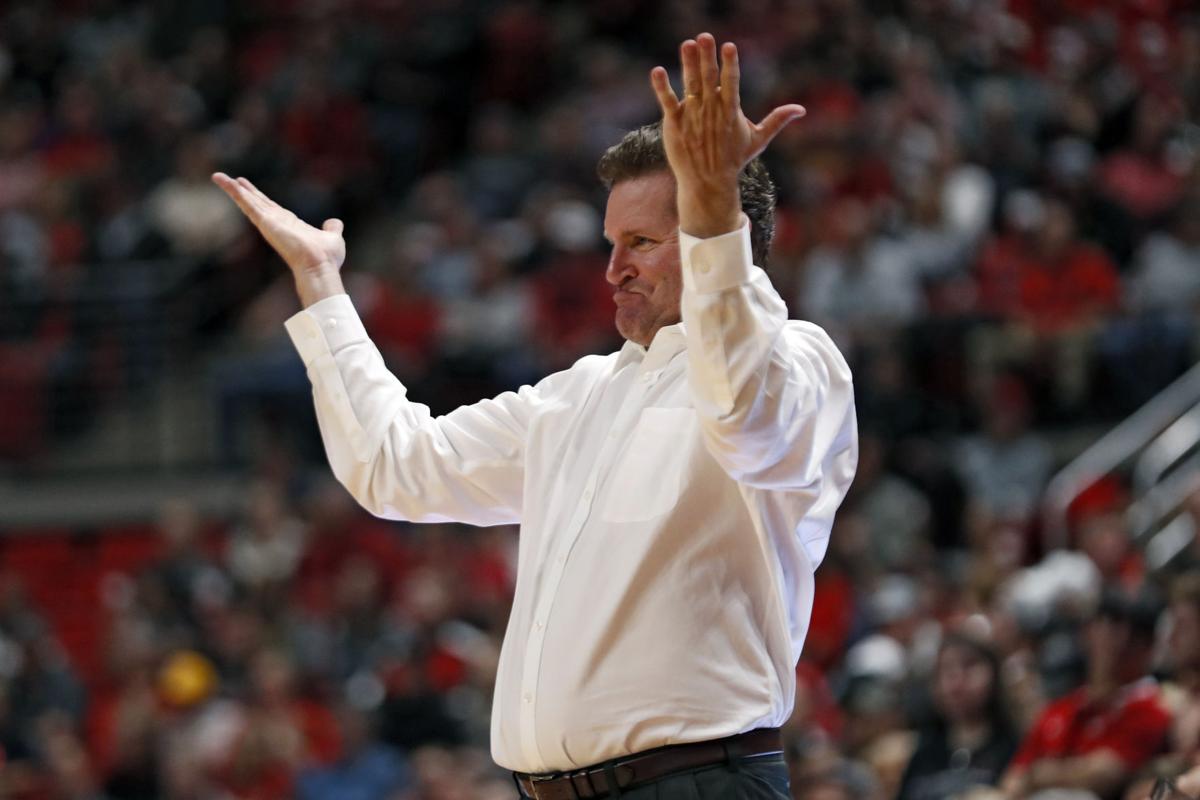 Eastern Illinois coach Jay Spoonhour reacts to a shot by his players during the second half of an NCAA college basketball game against Texas Tech, Tuesday, Nov. 5, 2019, in Lubbock, Texas. (AP Photo/Brad Tollefson)

Eastern Illinois coach Jay Spoonhour reacts to a shot by his players during the second half of an NCAA college basketball game against Texas Tech, Tuesday, Nov. 5, 2019, in Lubbock, Texas. (AP Photo/Brad Tollefson)

Since the beginning of the Ohio Valley Conference slate, the Murray State Racers have been an offensive engine on the way to a roaring 8-0 start.

Why? Because better passing leads to better shooting (and, consequently, more free throws with defenders out of place).

And the biggest difference has been converted assists. MSU is averaging 16.5 assists and 83.0 ppg against the OVC, bolstered after a glistening 19 dimes on 25 baskets in last Saturday's convincing home win over Tennessee State.

Now, mix in the fact MSU is taking -- on average -- one more free throw per game in conference play (24.4 per game in OVC, 23.3 in non-conference), and it's leading to a successful recipe.

"I think it's very important to our team," noted MSU coach Matt McMahon earlier this week. "I think it's fun to watch a team play the game that way. I want us to share the ball and play with great unselfishness. Pass up good shots to get great shots. I think it's enabled us to have better balance, both in the post and on the perimeter.

"And I think it's a big reason why you see our 3-point percentage is a lot higher over the last 10 games, as compared to the first 10. It's because of the improved offensive execution and the sharing of the basketball."

Williams' 3-point shot has certainly improved during this time, too. The 6-10 sophomore forward is shooting 57% from the field and 5-for-15 from the arc over these last eight games, but was 4-for-19 from the arc in the previous 12 games -- with two of those makes coming in a loss at Tennessee.

He's also made his last 12 free throws, after going just 4-for-9 in a near-loss at Southeast Missouri State.

"He's a good 3-point shooter," McMahon said. "He's worked extremely hard on it in the offseason. Had a great summer shooting the basketball. I think you've seen his percentages go up in conference play because he's taken higher-quality threes than he was taking in the non-conference portion of the season.

"But it's like anything else: if you want a 6-10 guy who's going to make threes, you've got to shoot some of them. And so, I want him taking high-percentage shots, and he should have full confidence to step up and knock those down.

"He hit a huge one on Thursday night against Belmont (to make it 65-61), with about six minutes to go, and we believe in him as a shooter. Now, at the same time, I don't want him to get away from where he's really, really good -- which is being the all-time single-season field-goal percentage leader in MSU history by being really efficient near the basket. And on Saturday night, he did a really good job getting to the free throw line, where he's had a little bit of struggle this year, and went 8-for-8 from the line. I hope he'll take a little bit of confidence from that."

Following the loss of star guard Deang Deang in a win at Milwaukee, Eastern Illinois (12-9, 4-4) endured a brutish road stretch that began with a win at Western Illinois on Dec. 16 before five straight losses -- at Grand Canyon, at Tennessee State, at Belmont, at Eastern Kentucky and at Morehead State.

Since, however, the Panthers have won four in a row en route to a 7-0 start in Charleston, Illinois, against Jacksonville State, Tennessee Tech, UT Martin and Southeast Missouri.

Junior guard Mack Smith has connected on a 3-pointer in 69 consecutive games, and leads the Panthers in scoring (13.2 ppg) and 3-point makes (48). Hopkinsville native JaQualis Matlock has appeared in all 20 games for EIU with 13 starts, and leads the team in blocks (25) while averaging 5.8 points and 4.5 boards per game.

"And of course, they've got Josiah Wallace back, who was an all-league performer last year, who's played terrific their last 10 games or so. His production's way up, and I think coach Spoonhour does just such a great job identifying really good junior college players, who've just come in and impacted his program."