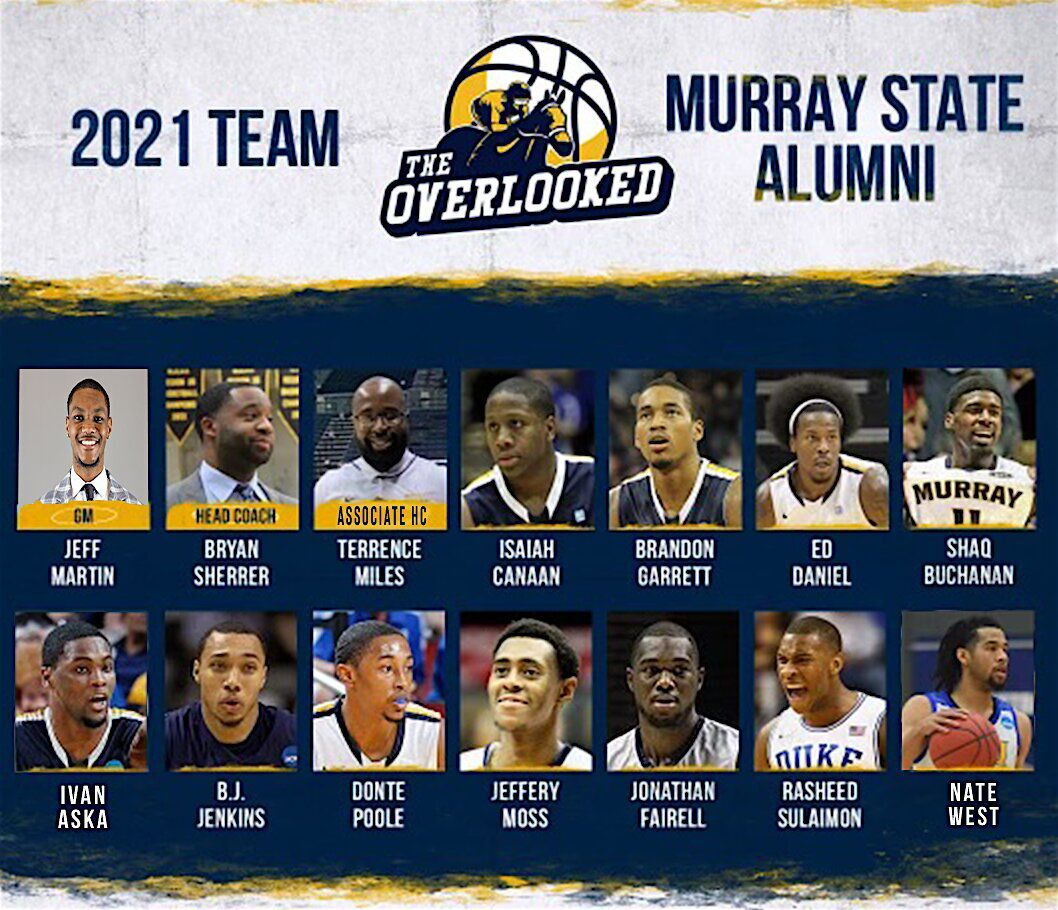 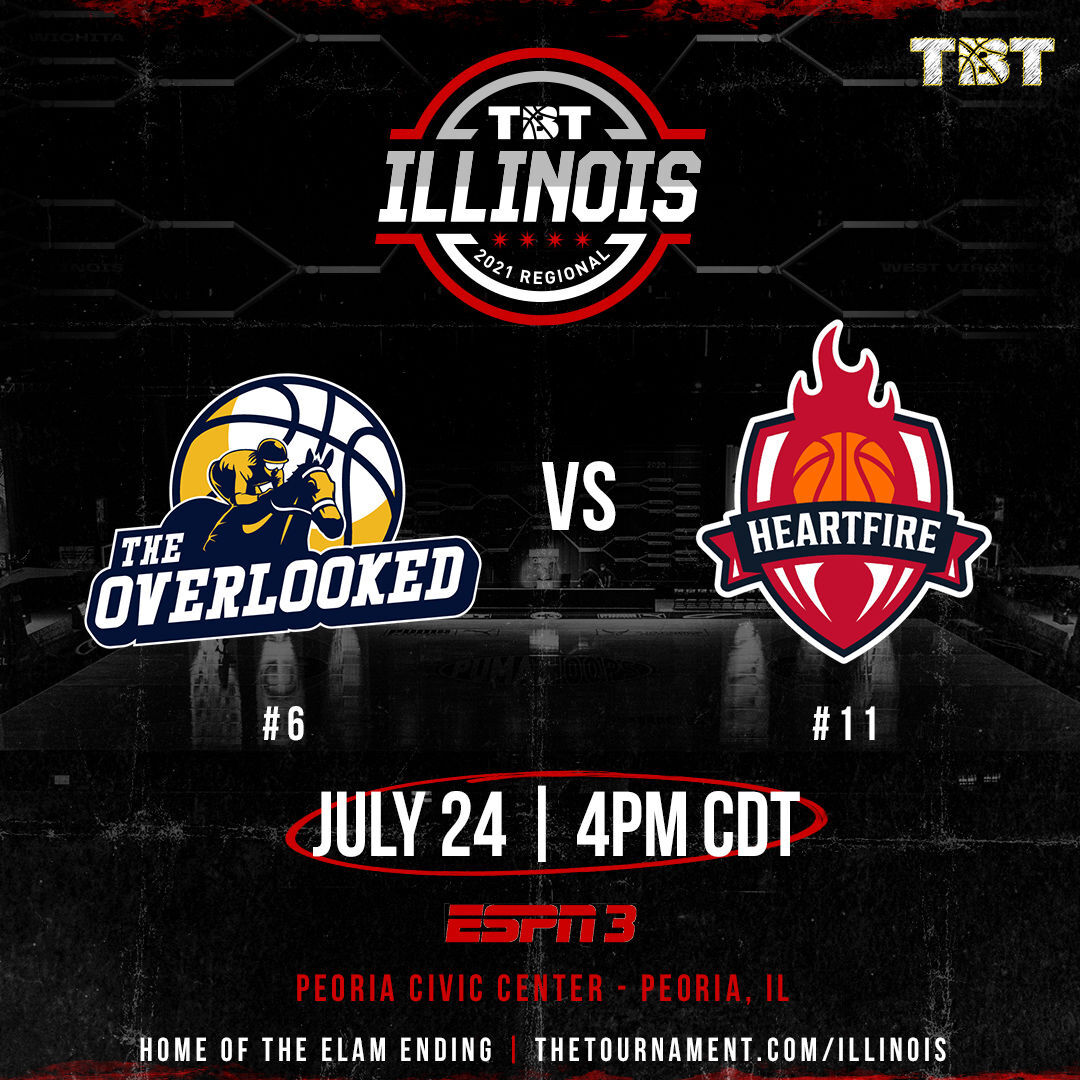 A million dollars is up for grabs as The Basketball Tournament (TBT) is returning this summer to give 64 teams the chance to play for that top prize.

A team of Murray State alumni, The OverLooked, is in this year’s field, and former Racer Isaiah Canaan is excited to take the court with some fellow alums.

“For us to be able to play in the TBT — a great platform to perform in front of all the people that watches it on TV — we feel like it will be a good thing,” Canaan told The Sun by phone on Friday. “It allows us to get everybody back together and have a good time, and we’ll see how far we can go with it.”

Canaan, a two-time OVC Player of the Year and NBA veteran, has been playing overseas, and not being on an NBA contract meant that he is eligible for TBT this season. And he led the charge to put a team of Murray State alums together to compete for bragging rights and the $1 million prize.

“All the guys got in the group chat and talked about it,” he said. “It’s a chance for us to get back together and try to compete and play for something.”

Jeff Martin, general manager for The OverLooked, spoke with The Sun on Friday and said the Murray State alumni group chat was where it all started. Members of that group chat had watched TBT games over the past few summers and wanted to get in on the action.

“As we watched the TBT every year, guys were like, ‘When are we going to get a team going?’ It was a lot of talk that never grew into anything. This year, around October, Isaiah Canaan thought this was a great opportunity for us, and he reached out to me about setting this up,” Martin said. “Once he said that, I was like, ‘OK,’ and I got behind the rest of the guys in the group chat. So I got in contact with the people at the TBT and started the process.”

“We have guys who are extreme veterans — we have guys who have been playing this game at a high level for a long time since they left Murray,” Martin said. “They’re established veterans who know the game, and they all have great relationships with each other, and I think you’ll see that on the floor in July.”

The team is coached by Bryan Sherrer and Terrence Miles.

“I love our coaching staff,” Martin said. “They have a high IQ and know how to communicate with players and get their respect. It’s amazing to have those two guys working with us.”

With the roster formed, they had to come up with a team name, and The OverLooked was born.

“Isaiah thought that was a very crafty name because it fits what Murray State is.

“They get high-level players in there who got minimal Division I offers, and Murray State is overlooked a lot as far as seeding in NCAA tournaments,” Martin said. “We’re just used to being overlooked, but we find a way to be successful and productive.”

With everything in place, they then had to wait to see if they would make the final field of 64 teams from among the more than 100 that applied.

“The past three or four months have been stressful. We’ve been itching to see what was going to happen,” Martin said. “We knew we had a great team and a solid following on social media, and we felt like we did our due diligence to get in. But until you actually see it happen, you never know.”

Martin said seeing The OverLooked in the final bracket as a first-year entrant “meant a lot.”

“To have a chance to compete and show people what Murray State is all about and what Racer Nation brings to the table is going to be a great experience for us, and we’re extremely excited about that,” he said.

“Racer Nation is one big family, and we want to use the chemistry that we have and try to go out there and compete,” he said.

Daniel, who also spoke to The Sun on Friday, said he’s definitely looking forward to reuniting with his Murray State family.

Daniel, a first-team All-OVC selection in 2013, has spent nine seasons playing professionally in Europe, most recently in Greece. He said playing back under the American rules of the game would require a bit of an adjustment.

The OverLooked is playing in the Illinois Regional hosted by the Peoria Civic Center from July 24-28. The team earned a No. 6 seed and will face 11th-seeded Team Heartfire, headlined by former NBA player Cory Jefferson, in the opening round on July 24 at 4 p.m. Central time.

“They have some high-level guys on their team as well, so I think it’s going to be a great matchup,” Martin said.

All games will be broadcast on ESPN networks, and if The OverLooked advances to the second round, they will face the winner of Boeheim’s Army (Syracuse alumni) and Force of Seoul on Monday, July 26, at 6 p.m. The third and final game of the Illinois Regional will take place on Wednesday, July 28, at 6 p.m.

Two teams will advance from each of TBT’s four regionals to compete in Championship Weekend in Dayton, Ohio, at UD Arena. Quarterfinal games will be played on July 31, and the semifinals are on Aug. 1. The TBT Championship game will be Aug. 3, where one player will hit a shot during the Elam Ending to win his team $1 million.

Martin is anticipating a great time for The OverLooked and its fans.

“Murray State fans show out wherever we go, and I expect them to do the same for TBT,” he said. “I think it’s going to be a great atmosphere.”

Canaan hopes he and his teammates can put on a good showing for Racer fans.

“We really appreciate all the support from everyone who’s going to follow us, and hopefully we can gain respect as we go,” he said.

For more information on The OverLooked and tickets for this year’s TBT, visit TheTournament.com.