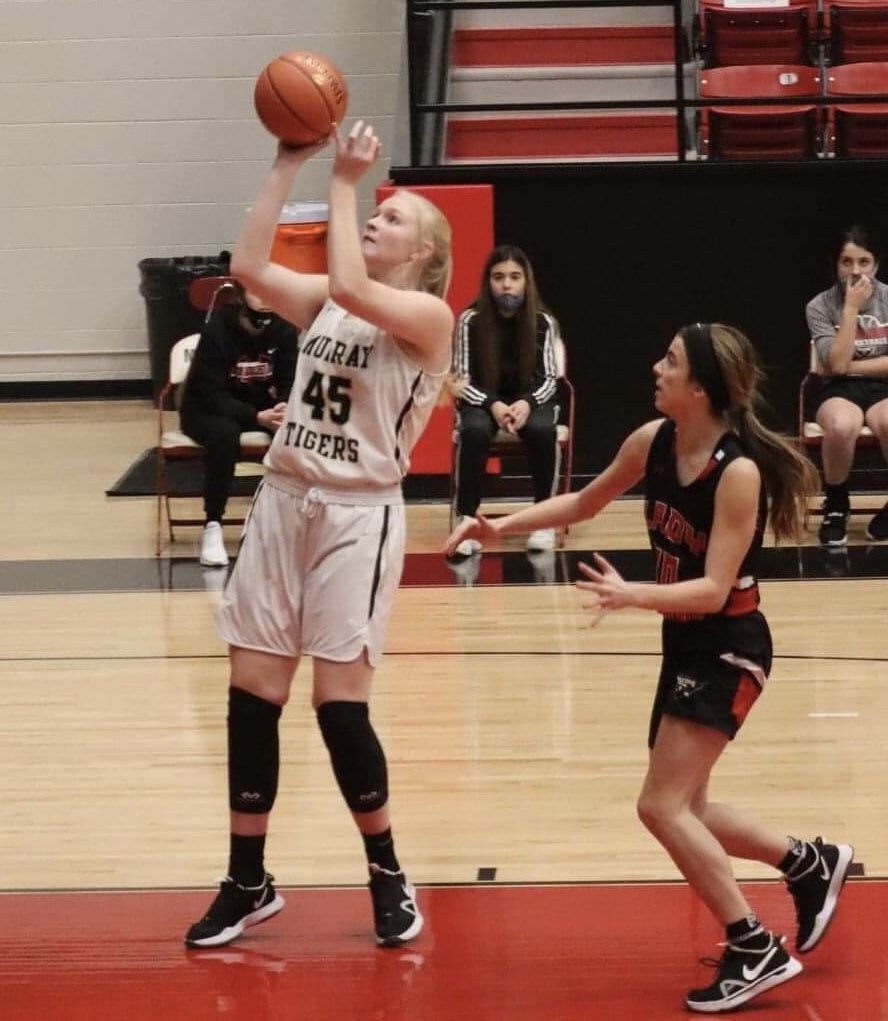 Murray center Alyssa Daughrity (45) goes up for an easy layup against Hickman County on Thursday night. Daughrity finished with eight points and 10 rebounds. 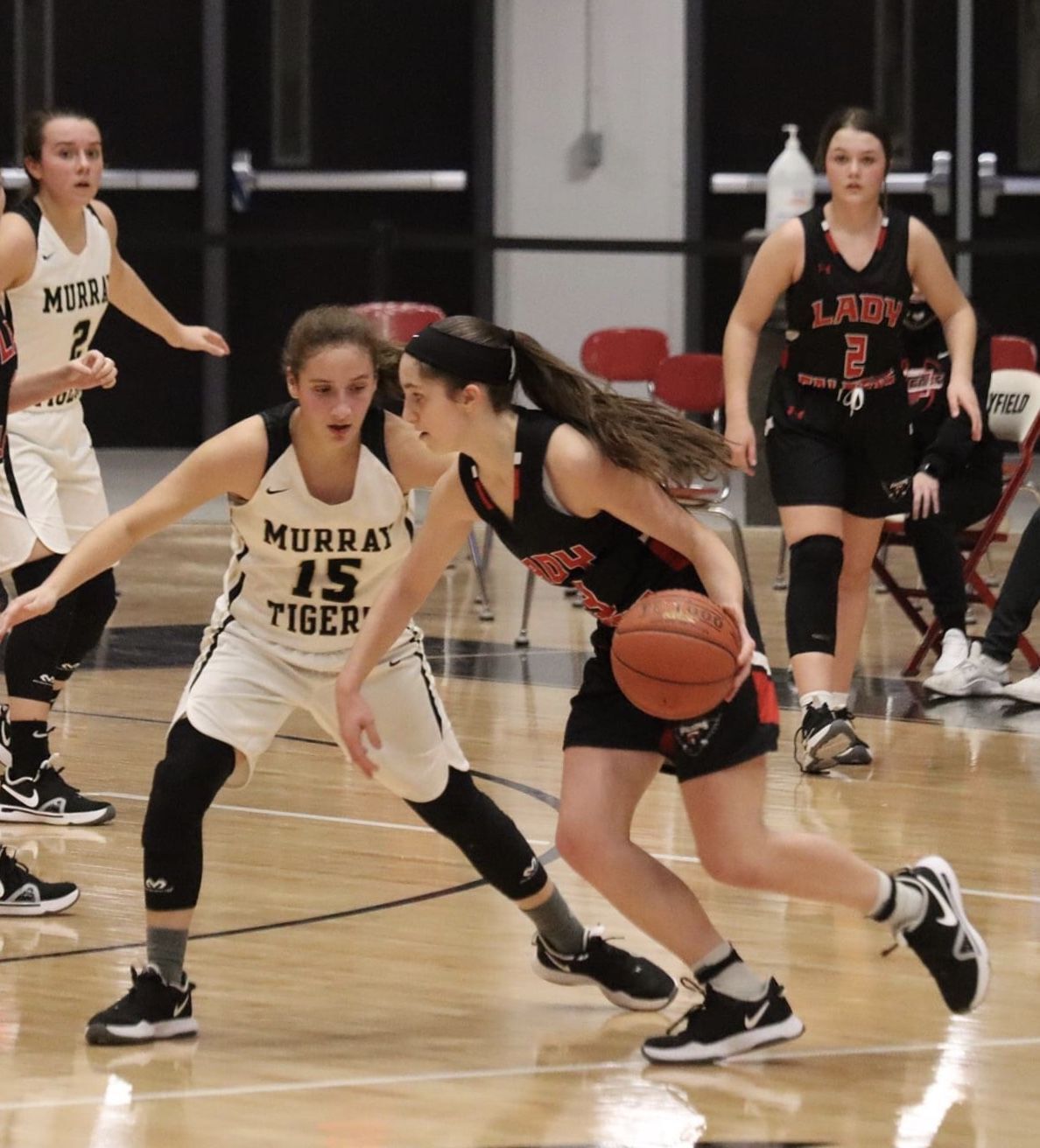 Murray center Alyssa Daughrity (45) goes up for an easy layup against Hickman County on Thursday night. Daughrity finished with eight points and 10 rebounds.

MAYFIELD — In a game that went down to the wire, the Murray Lady Tigers bested the Hickman County Lady Falcons 43-38 in the semifinals of the First Region All “A” Classic at Mayfield High School on Thursday night.

The Lady Tigers got another big night from senior guard Angela Gierhart, as she led her team with 25 points, while post-presence Alyssa Daughrity dominated the paint with eight points and 10 rebounds.

“That was one of the most enjoyable wins I’ve had with this group,” Murray head coach Tom Foust said. “We’re a complete different makeup of a team and I wanted to see what we were made of, would we fold under pressure or would we hang our heads when things didn’t go our way, and they didn’t in the first half.”

Despite the press, Murray managed to get a number of easy baskets, allowing it to take a 11-5 lead into the second quarter.

Down early, Hickman County refused to fold, as a pair of 3-point baskets by senior guard Kadey Wilkey in the second quarter helped the Lady Falcons jump out ahead heading into halftime up 17-15.

In the second half, Murray settled in and began to play their game, as Gierhart knocked down a pair of treys and Daughrity continued to do her thing in the paint.

With a 29-25 lead heading into the fourth quarter, the Lady Tigers played damage control defense as they looked to limit mistakes and hold onto a narrow margin. But Hickman County hit clutch three after clutch three to give itself a chance down the stretch.

Following a missed free throw on the front end of a one-and-one late in the contest, Hickman County had a chance to take the lead.

After a rushed sequence of passing down court, a missed corner three led to game-sealing free throws for Murray.

Following the loss, Hickman County head coach Shayne Midyett said he was proud of his team’s fight against the Lady Tigers.

“We struggled early but kudos to our girls, we forced a lot of tunrovers,” Midyett said. “We fought and I’m proud of my girls, that’s all I can say.”

Murray will take on Mayfield at 5:30 p.m. Saturday in the championship game of the All “A” Classic regional tournament at Mayfield High School.