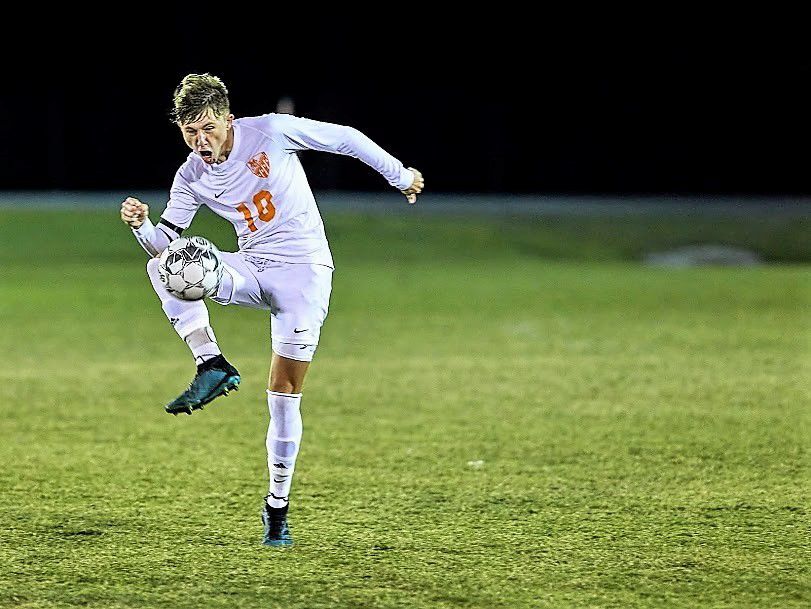 Marshall County senior defender Eric Hicks has been named the Paducah Sun’s 2020 co-Player of the Year for the First Region. 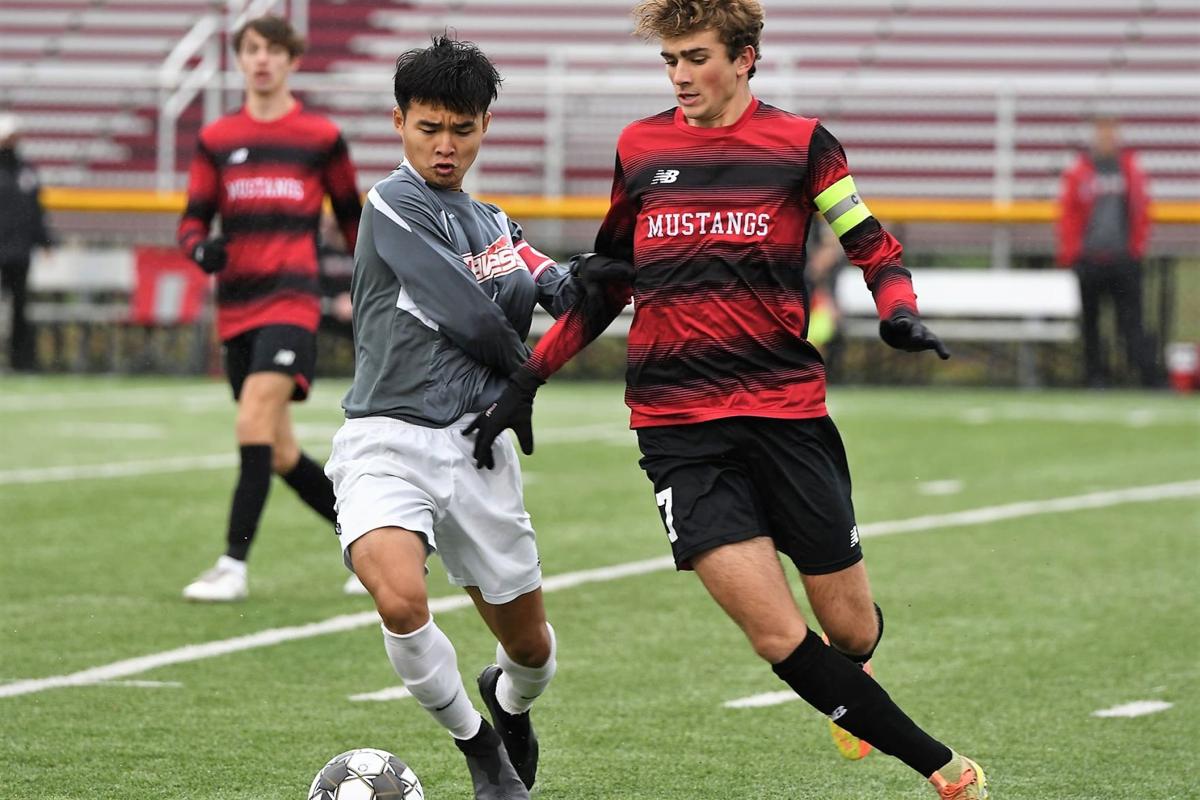 McCracken County’s senior midfielder Dylan Deweese (7) has been selected as the Paducah Sun’s 2020 All-Purchase co-Player of the Year for the First Region. 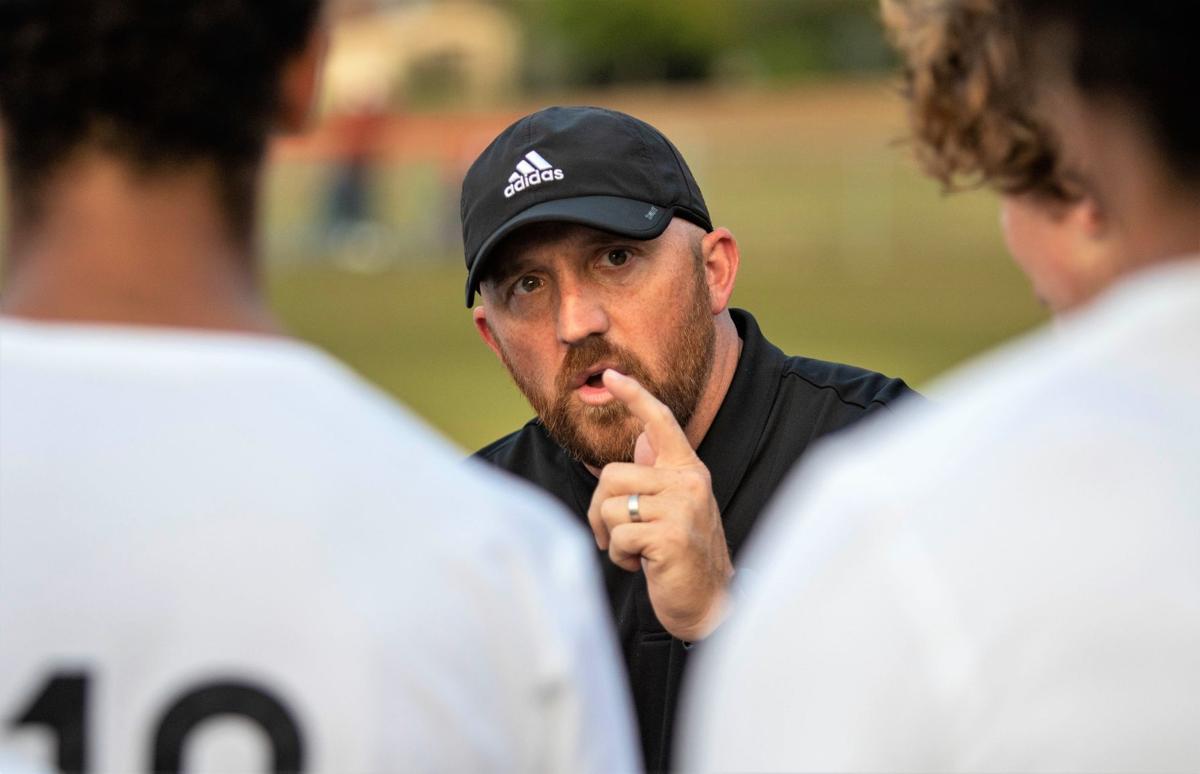 Murray Tigers boys soccer coach Jared Rosa has been selected by his peers as the 2020 Paducah Sun All-Purchase Coach of the Year, after helping lead his squad to a 13-4 record and another trip to the First Region tournament.

Marshall County senior defender Eric Hicks has been named the Paducah Sun’s 2020 co-Player of the Year for the First Region.

McCracken County’s senior midfielder Dylan Deweese (7) has been selected as the Paducah Sun’s 2020 All-Purchase co-Player of the Year for the First Region.

Murray Tigers boys soccer coach Jared Rosa has been selected by his peers as the 2020 Paducah Sun All-Purchase Coach of the Year, after helping lead his squad to a 13-4 record and another trip to the First Region tournament.

While there is undoubtedly some terrific talent on the rosters of Mayfield, Graves County, Calloway County and Paducah Tilghman, it is perhaps fitting how this year’s Paducah Sun All-Purchase boys soccer team — the second-ever in Paducah Sun history — is a direct reflection of the DNA composition from the 2020 First Region Tournament.

The Mustangs, Marshals, Tigers and Vikings all possessed a plethora of gifted juniors and seniors — sometimes necessary when pursuing postseason proliferation.

In Hicks, the Marshals had a top defender who also had a nose for the posts. Over four seasons and 75 games, he scored 12 goals and notched seven assists, including a career-best six goals in 2020 under first-year coach Bryan “B.B.” Blevins. The Marshals went 60-18-6 over these last four years — most of them with Hicks somewhere on the field — with two regional runner-up finishes (2018, 2020) and a regional title (2019).

Deweese, meanwhile, has been a mainstay for the Mustangs over the last three seasons, seeing action or starts in 58 games from 2018-20. The Mustangs went 37-15-7 in the stretch, and he scored 21 goals and nine assists during the span. This includes a team-high 11 in 2019, and in this past year he valiantly filled in for an injured Caleb Madison and notched seven goals with five assists.

“Dylan can play a variety of positions,” noted McCracken County coach Michael Wiersema. “And he played three or four of them this year. And when Caleb (Madison) got hurt, he moved up front and scored some goals against some really good teams. But he just kept us very competitive. With Dylan, it was a situation where I needed to play him in about three positions.

“He stepped up during his junior year when we had everyone out, and he really stepped up this year, too. He deserves this.”

The Murray Tigers finished a pandemic-shortened 2020 with a strong 13-4 record, their only losses coming to First Region runner-up Marshall County (twice), First Region champion McCracken County, and a top-10 program in All “A” state champion Louisville Collegiate.

But their coach, longtime skipper Jared Rosa, was selected by his peers as The Paducah Sun All-Purchase “Coach of the Year,” an honor he quickly bestows to his team.

“We had a lot of guys just rise to the occasion and fight through that adversity,” he said. “And I think it showed when we turned on and finally started playing some games. We had quite a few guys that were really good defensively, and we switched our tactic a few games into the year — just slightly tweaked it — and took off and ran with it. Went on a really good run there.

“I give credit to my team. But I mean ‘our’ team. And I give credit to my assistant coaches (Louis Phelps, Michael Mangold, Nathan Crafton). We sat down last year, and between the four of us that coach on the sideline, we have over 75 years of coaching experience between us. Without those assistants, we wouldn’t be where we are. We can pull away in four different groups, and really focus and hone in with really good special attention.”

Coaches were allowed to select only 11 players on their ballots: one keeper, four defenders, four midfielders, two strikers. The inclusion of extra positions is the result of ties, but also is a clear indication of just how much talent could’ve easily been on this team in this brief, but bright, season. Even some of region’s key players were left off of this highly-talented list. McCracken County’s Reese Bohde, Mayfield’s Diego Juarez, Maynor Meija and Jesus Carmona, Marshall County’s Tyler Treas, Calloway County’s Dalton Puckett and Jude Bazzell, Graves County’s Kaden Slack, and Murray’s Conner Blalock and Josh Eaton all earned first-team, second-team or honorable mention honors at the completion of the 2020 First Region Tournament from the coaches association.

Parity, it seems, made a strong case.