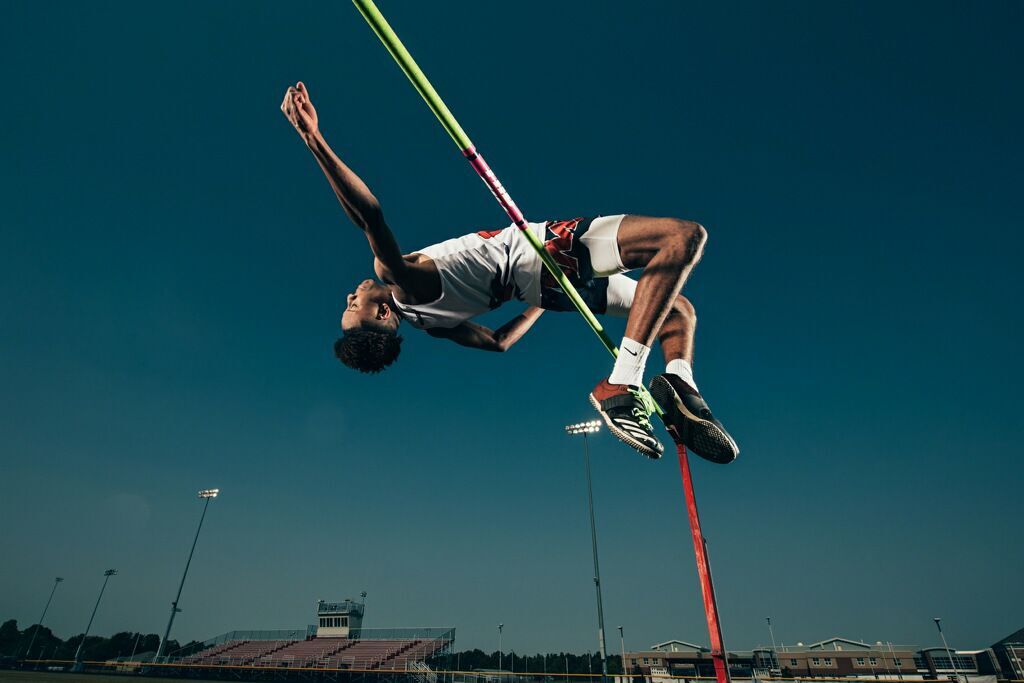 McCracken County High School senior Donsten Brown clears the bar while competing in the high jump. Brown has committed to the University of Kentucky to continue his track and field career as a high jumper. 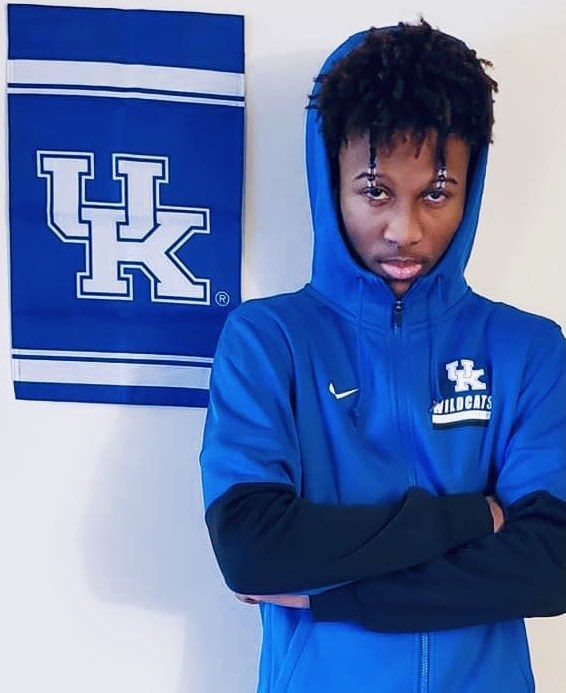 McCracken County High School senior Donsten Brown is decked out in his University of Kentucky gear after committing to the school’s track and field team.

McCracken County High School senior Donsten Brown clears the bar while competing in the high jump. Brown has committed to the University of Kentucky to continue his track and field career as a high jumper.

McCracken County High School senior Donsten Brown is decked out in his University of Kentucky gear after committing to the school’s track and field team.

Donsten Brown has come a long way in his track and field career.

From being one of the slower members on his middle school relay team to becoming one of the top high jumpers in the nation, the McCracken County High School senior’s journey in the sport has been an interesting one. And it’s not over. He recently committed to the University of Kentucky to compete in the high jump for the Wildcats.

“My only goal was to go to UK because I knew they have an excellent track and field program,” Brown told The Sun via phone Wednesday.

MCHS announced Brown’s college commitment via Twitter on Monday, and it’s an accomplishment the senior takes a lot of pride in. But it wasn’t that long ago that the high jump was foreign to him.

“In the beginning, I didn’t really know anything about it, so I just tried it out,” he said. “But I’ve gotten really good at it, and the form is just natural for me. And every time I do it, I have fun.”

As Brown explains it, he, on a whim, wanted to try the high jump in his freshman year after watching an older teammate do it.

“I wanted to beat him really badly, so I just tried it at one meet,” he said.

Brown had approached MCHS boys track and field head coach Steven Spadafino about competing in the high jump, and the coach was all for it.

“He qualified for state in middle school on a couple of relay teams, but he was one of the slower guys on that relay team. And as a freshman, we still had him working on sprints and long jump,” Spadafino said. “But he came up to me one day about two weeks into the season and was like, ‘Hey, I’d like to try high jump.’ We didn’t have any other high jumpers at the time, so I was like, ‘Sure, great.’ ”

Spadafino said Brown cleared a height of 5-foot-4 in his first meet. But at the next meet, about two weeks later, he increased that height to 5-foot-8.

“He improved 4 inches in two weeks just by learning the basics of it,” Spadafino said. “I was like, ‘OK, now we’ve got something here because 5-foot-8 will score in most meets.’ ”

After qualifying for state as a freshman, Brown was unable to clear the bar, as it was set at a height of 5-foot-10. That only fueled him to work harder.

“That was a little intimidating, so he no-heighted that first year, but he got to see what state was like, and he gained some confidence,” Spadafino said.

Putting in the work to improve was no problem for Brown.

“I’m a very hard worker. Whenever there’s a challenge, I find a way to get it done,” he said. “Whenever there’s adversity in front of me, I just try to go straight through it and knock the door down.”

Brown’s work ethic even had some coaches concerned to the point where they decided to change his practice routines.

“What we’ve learned over the years is that we actually need to hold him back,” Spadafino said. “If you turn him loose at practice, he’ll jump the bar 20 times. But after a couple days, his knees are aching. So we’ve changed his training to limit him to eight jumps each day. So we tell him to make those eight jumps quality ones. And he’s learned to dial it back.”

As a sophomore, Brown placed 11th at the state meet and went on to pursue more training and competitions on his own in the summer leading up to his junior year.

“On his own, he went to some camps and clinics and got some really good technique instruction,” Spadafino said. “He worked with some college and Olympian coaches and changed his technique and got his footwork down, and he got some high jump-specific shoes. So he really got serious about it.”

It was during that summer that Brown also competed in the Junior Olympics where he placed third in his age group in the high jump.

That’s when he realized that he had the potential to continue his career at the college level.

Brown and the rest of his teammates began ramping up for this season back in September but were shut down in November because of the coronavirus pandemic. That didn’t stop him from competing, however, as he enrolled in an AAU meet in Birmingham, Alabama in December, placing first there with a height of 6-91/2”.

“Right now he’s ranked No. 1 in the nation for indoor track, which is what grabbed the attention of the UK coaches,” Spadafino said. “He’s putting in the time to improve, and it’s paying off.”

In the high jump, Brown has found an event he both enjoys and excels in. That’s why he plans to specialize in it during his time in Lexington.

“The high jump is really the only event that I want to do, so I’ll probably specialize in that event,” he said.

Spadafino still plans to utilize Brown in some running events as well, though, once the high school season starts.

“He’s the fastest kid on the team, so we utilize him in our sprints and relays, but we let him focus on the high jump,” the coach said. “We work the running around his jumping.”

As of now, Spadafino envisions the outdoor track season beginning in March, and he hopes to see Brown go out on top with a state championship in his senior year. Brown has his own goals.

“One of my goals for this indoor season is to jump at least 6-foot-11. As for the outdoor season, I’m hoping to clear 7 feet,” he said.

Clearing those heights would put him at or near what UK’s current high jumpers are posting, Spadafino said.

“That’s where they’re looking for Donsten to get to,” he said of UK’s track and field coaches.

And he has no doubt that Brown has a bright future as a Wildcat.

“He’s a good student and is eager to learn and easy to coach,” he said. “I think he will do well in college.”