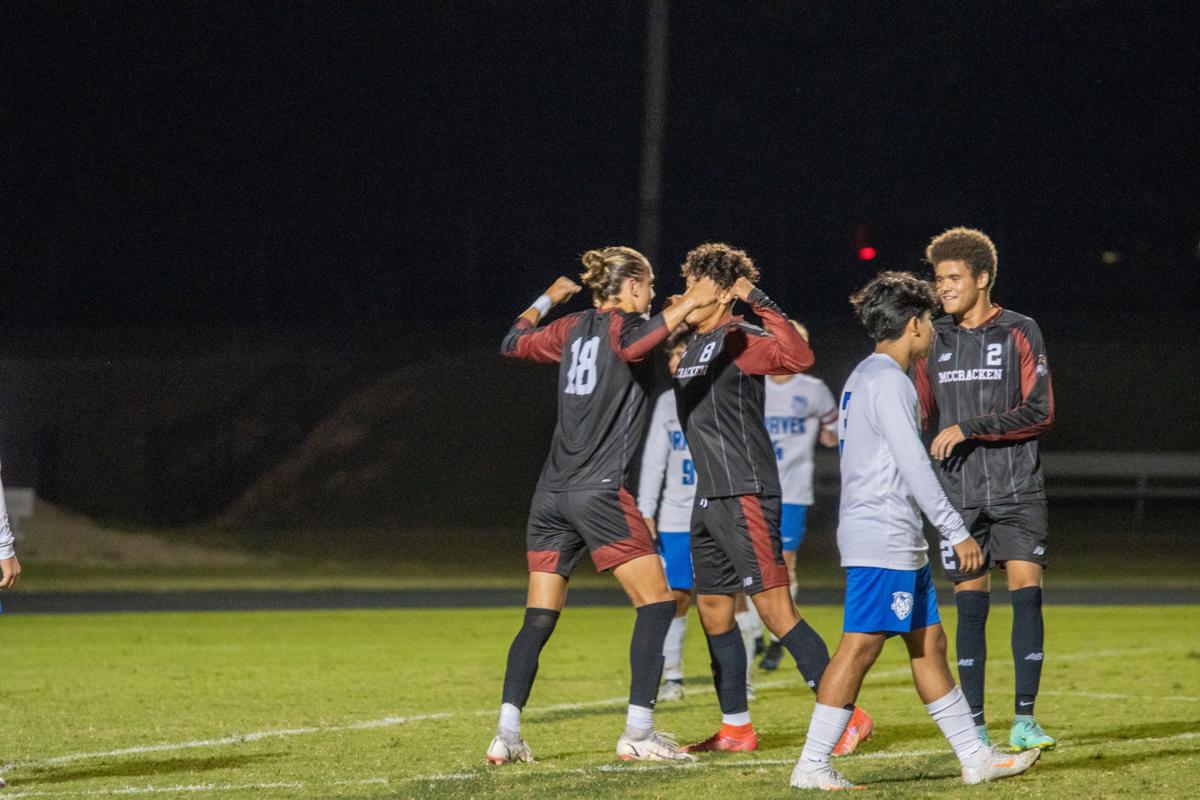 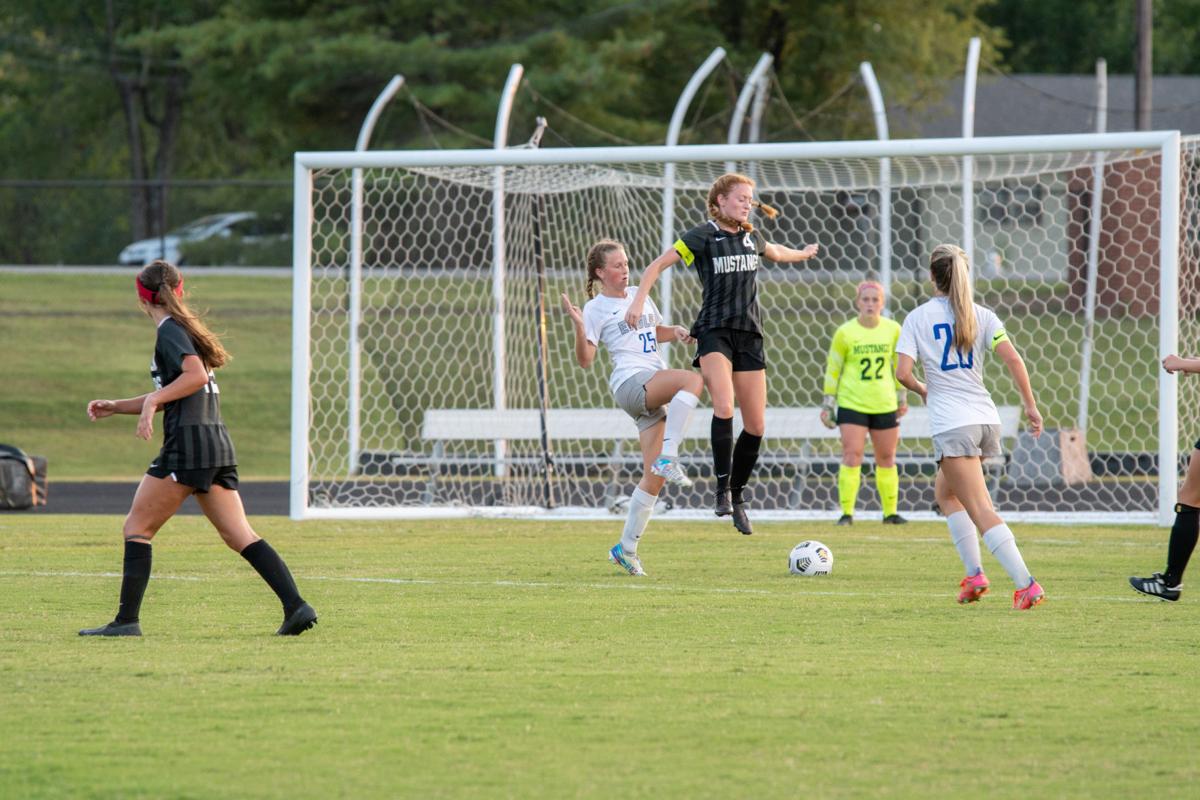 On Tuesday night at Mercy Health Field against the visiting Graves County Eagles, the McCracken County seniors were recognized for their achievements and dedication to the program.

The Mustangs (8-5-1) dominated with a 6-2 victory over the Eagles in the aggressive, fast-paced, and action-packed game.

Within the first 10 minutes of play, the Eagles were on the board with a goal by junior Ryan Hayden. Although Graves County (5-6-1) had an early advantage with the night’s first goal, McCracken County senior Ethan Roberts tied it 1-1 at the 30-minute mark with an assist from junior Jack Housman.

Roberts, who was on fire for the Mustangs, scored the second goal to give his group a 2-1 lead with 25 minutes left to play in the first half. From there on, the Mustang momentum was unstoppable even for the Eagles.

With 11 minutes left to play in the first half, junior Jack Housman scored his first goal on a penalty kick to increase the McCracken County lead to 3-1. Housman went on to make it 4-1 as time ticked away to the seven-minute mark.

Returning from halftime, it wasn’t long until junior Josh Kuntz gave his Mustangs a 5-1 lead over the Eagles at the 24-minute mark. A mere two minutes later, Graves County returned the favor with a goal by sophomore Luis Romero to make it 5-2.

Tensions began to erupt between the two teams as the 10-minute mark arrived in the second half, with neither team giving in.

McCracken’s Housman earned his hat trick on his third goal of the night, making it 6-2 with nine minutes left to play. His third goal went on to be the last of the night as the Mustangs claimed the victory.

The Lady Mustangs snagged the first goal to make it 1-0 with 13 minutes left to play in the first half, all thanks to freshman Savannah McDowell. Until that moment, both Graves and McCracken held their own on defense. They were often keeping each other away from the net as much as possible.

Down to the wire with two minutes left before halftime, Graves County senior Ellie Carter tied it 1-1 on a dazzling goal. The tie remained at the half, with both teams looking to push the odds in their favor.

As they returned, McCracken County’s line could not hold Carter and her Lady Eagles as she scored again in the first five minutes of play in the second half. Quickly, the winning percentage climbed for Graves County as senior Hadley Looper scored two minutes later to make it 3-1.

Neither team scored again until there were only 10 minutes left to play in the game, and it was the Lady Eagles to do so. Junior Cambelle Drury’s goal pushed the Graves County lead to 4-1 at the 10-minute mark.

Looper scored the night’s final goal to seal the Lady Eagles 5-1 victory on the road.