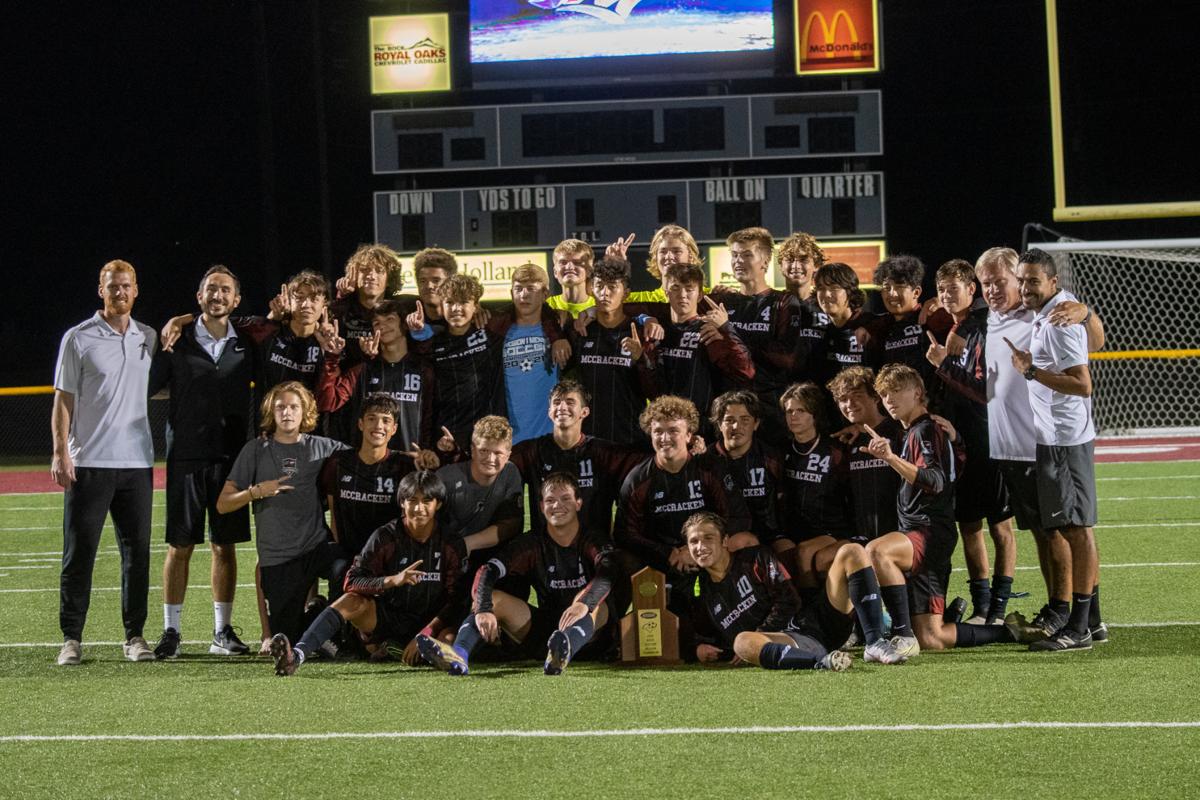 The McCracken County Mustangs won, 2-1, over Marshall County in the First Region Championship after a shootout, taking three out of their five penalty kicks. 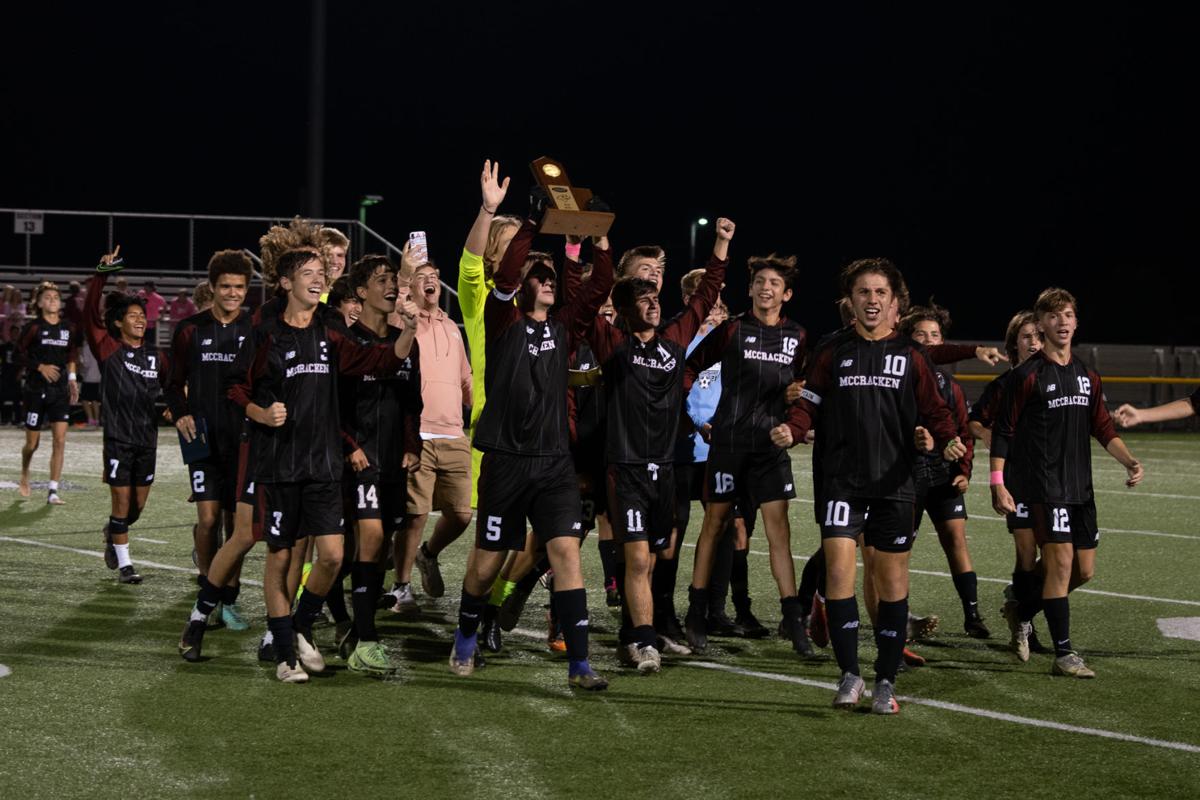 Senior Ethan Roberts (5) holds up the First Region trophy as the McCracken County Mustangs celebrate winning over Marshall County in a shootout on Wednesday night.

The McCracken County Mustangs won, 2-1, over Marshall County in the First Region Championship after a shootout, taking three out of their five penalty kicks.

Senior Ethan Roberts (5) holds up the First Region trophy as the McCracken County Mustangs celebrate winning over Marshall County in a shootout on Wednesday night.

The history between the Marshall County Marshals and the McCracken County Mustangs dates back to 2013, two teams turning into a rivalry in what seemed to be overnight. And on Wednesday night, that rivalry and history came to a head in the First Region Championship game.

Marshall County went in looking to reclaim their regional throne that the Mustangs took away in 2020, while McCracken County looked to protect their title in hopes of going back-to-back and make history for their youthful soccer program.

And like every great sports film, the night ended with heroics and tears as McCracken County earned the win after the nerve-wracking shootout brought spectators to their feet, winning 2-1 per KHSAA and snagging three penalty kicks in the shootout.

“I have to give credit where credit is due,” McCracken County head coach Michael Wiersema told The Sun. “Donnie Heath and Tim Masthay taught me to play this system a couple of weeks ago and tried it against some good out of state teams, and we pulled it out tonight, and they didn’t know how to attack it. So all credit goes to Donnie Heath, Tim Masthay, and Edwin Ortez.”

The night kicked off with both teams attempting to dominate on the field. Both considered titans in the region neither were giving in as the first half ticked away. And going into the half, the score remained 0-0.

With less than 20 minutes left to play, it was still anyone’s game between the Marshals and Mustangs. However, at the 18-minute mark, McCracken County senior Ethan Roberts dashed down the field in control of the ball, scoring the first goal of the night to give his team a 1-0 lead.

“I want to thank these boys,” Roberts said. “They wanted to keep us going for the rest of the seniors and me, so all credit goes to them. I was just the lucky one that put it in.”

As the final whistle blew into the night, the score remained 1-1, sending the championship into two five-minute overtimes. Unfortunately for both teams, neither were able to score, pushing it to a shootout.

“(The win) means a lot because no one expected us to win at the beginning of the season,” Grayson Parish said. “We were off everyone’s radar since we lost a lot of seniors last year, and we came back (tonight) and got the win.”

McCracken’s Josh Kuntz took the first penalty kick and sailed the ball past Marshall County’s Steven Claborn with the game in anyone’s hands. However, Marshall County returned the favor with a successful PK, making it 1-1.

Luke Medley made it 2-1 before Marshall tied it back at 2-2 on penalty kicks. However, it stood at 2-2 after the third and fourth rounds of PKs with a save by Parish, who collected four saves in the win.

As Roberts walked up to shoot his penalty kick, the roars of Mustang Nation echoed throughout the stadium. With the possibility of a win riding on his back, Roberts made a successful penalty kick to make it 3-2. His successful shot left it up to the Marshals to tie or finish as runner-up in the region. As Marshall County missed the last PK, the Mustangs celebrated the win and the regional title.

Player of the Year

Coach of the Year