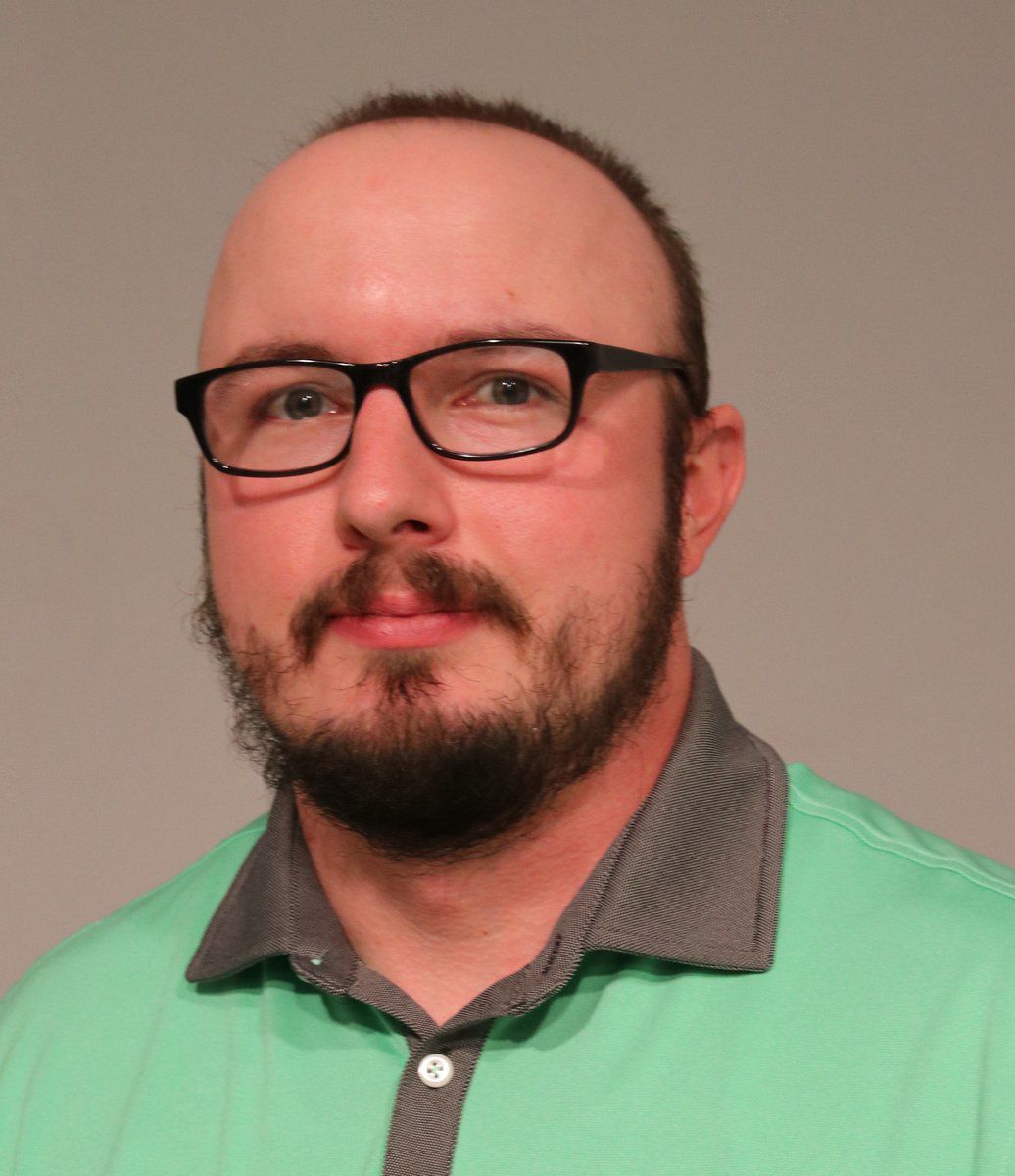 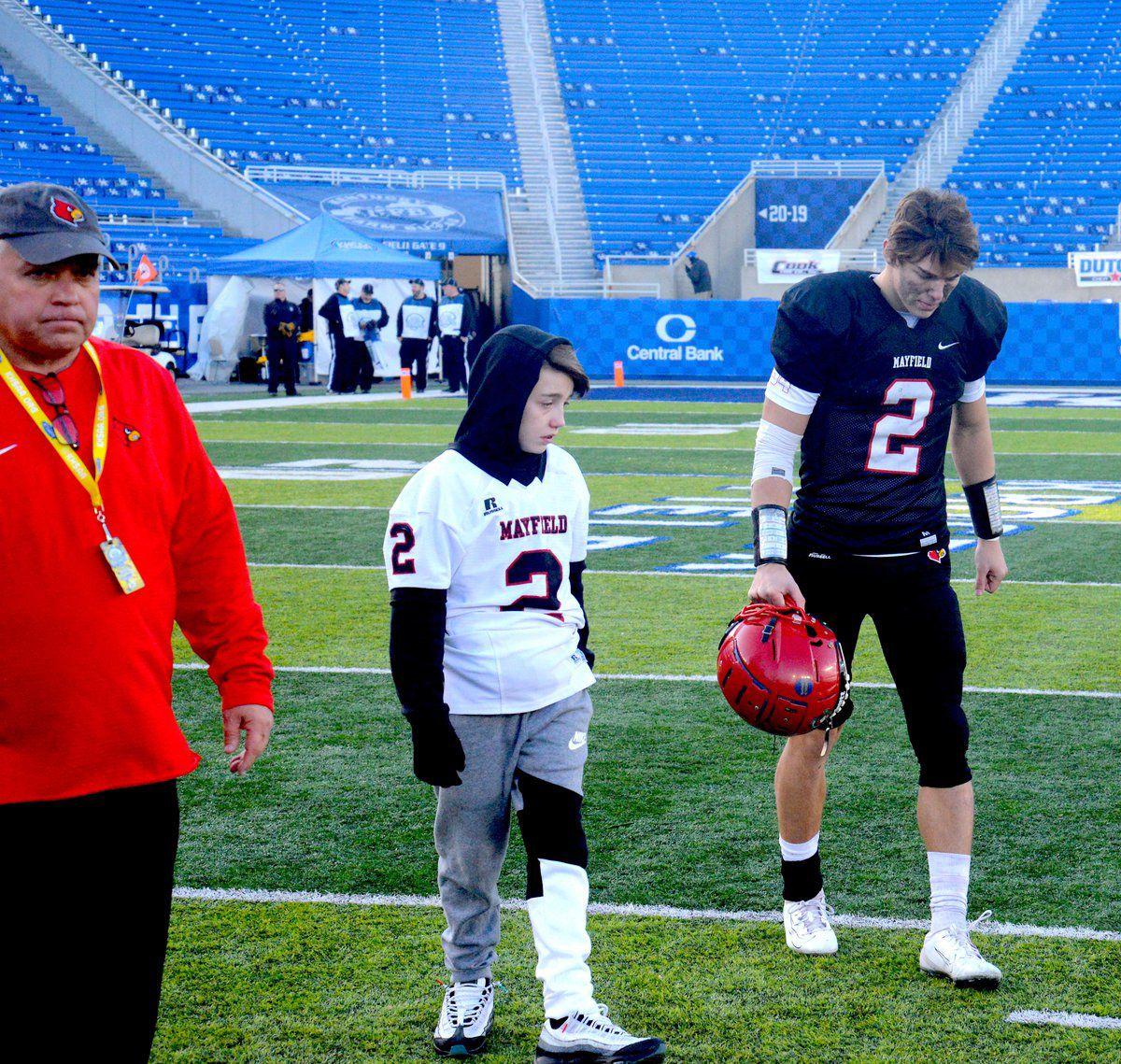 Mayfield receiver Kade Neely (right) limps out to midfield after the Cardinals' 34-31 loss to Somerset on Saturday in the Class 2A championship football game at Kroger Field.

Mayfield receiver Kade Neely (right) limps out to midfield after the Cardinals' 34-31 loss to Somerset on Saturday in the Class 2A championship football game at Kroger Field.

LEXINGTON – Whatever is said about Mayfield’s 34-31 loss to Somerset in the Class 2A championship game at Kroger Field on Saturday, don’t let it ever be said that Kade Neely isn’t a warrior.

After appearing to injure his right knee in the first quarter, on a six-yard catch, Neely left – looking to be in severe pain.

But, he came back and, again, tweaked that right knee.

For two series, Neely – who is committed to the football team at the University of Louisville as a preferred walk-on – was on the sidelines, being tended to.

Once more, he returned, and after trying to cut back to the right on a run toward the left sideline, Neely went down.

This time, he didn’t return.

For the rest of the game, Neely was in full uniform on the sideline, hardly able to walk, but with his team. It was easy to tell that Neely wanted to be back in the game. There was just no way, for his own safety, that he could go back in the game.

It’s not just football, either.

Two years ago, Neely sustained a concussion after colliding with then-teammate Connor Guthrie in a 68-64 win over, of all teams, Somerset in the All “A” state basketball tournament at McBrayer Arena in Richmond.

He’d miss some time, but would finish the season. Neely, that year, wasn’t anywhere near the top of the stat sheet.

But, he would be.

Neely was the fourth-leading scorer, behind brothers Connor and Carson Guthrie and DeSean Jones – seniors all.

This year, the likelihood was high that Neely would lead a Mayfield group, under first-year coach Payton Croft, that has eight seniors on the roster – including football teammate Alonzo Daniel.

With his status in limbo until the knee can be further examined, there’s one thing I know for certain.

Neely will do whatever he can to play however long he can, and if he can’t, he’ll be there for his team.

Neely’s a warrior, a multi-sport athlete and the quintessential teammate. And, above all, he’s a great young man.

That’s the culture Joe Morris has instilled in his football teams over the years. He’s not only a builder of football players, but he’s a builder of young men.

Chris Guhy, who was for 31 years a basketball coach – the last 16 as Mayfield’s skipper – was the same way with his teams.

At some point, those who play sports will stop playing them. Those who coach will stop that, too. For those of us who make a career watching sports, that will inevitably have its end, as well.

Wins will be celebrated and losses pored over and analyzed Statistics told, written and forgotten.

But, what endures is the legacies a good coach or good coaches build.