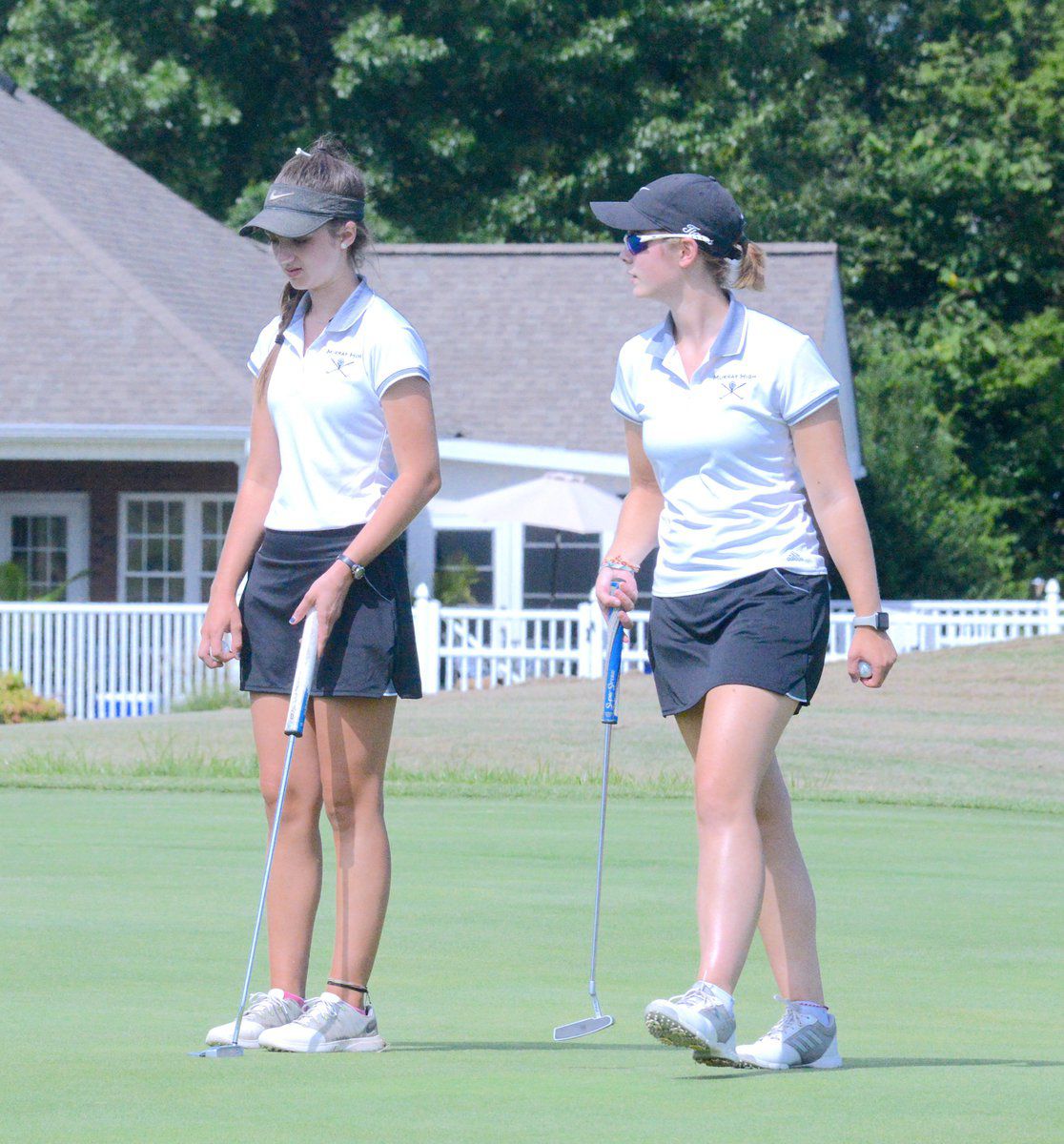 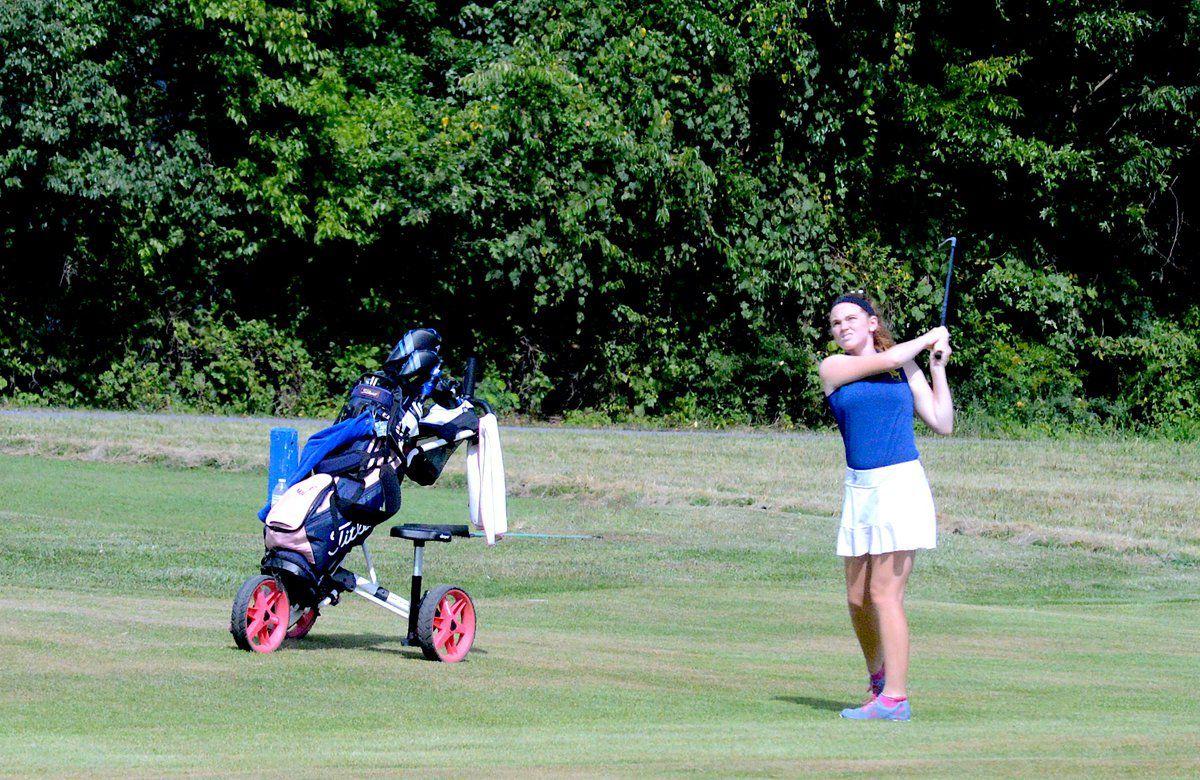 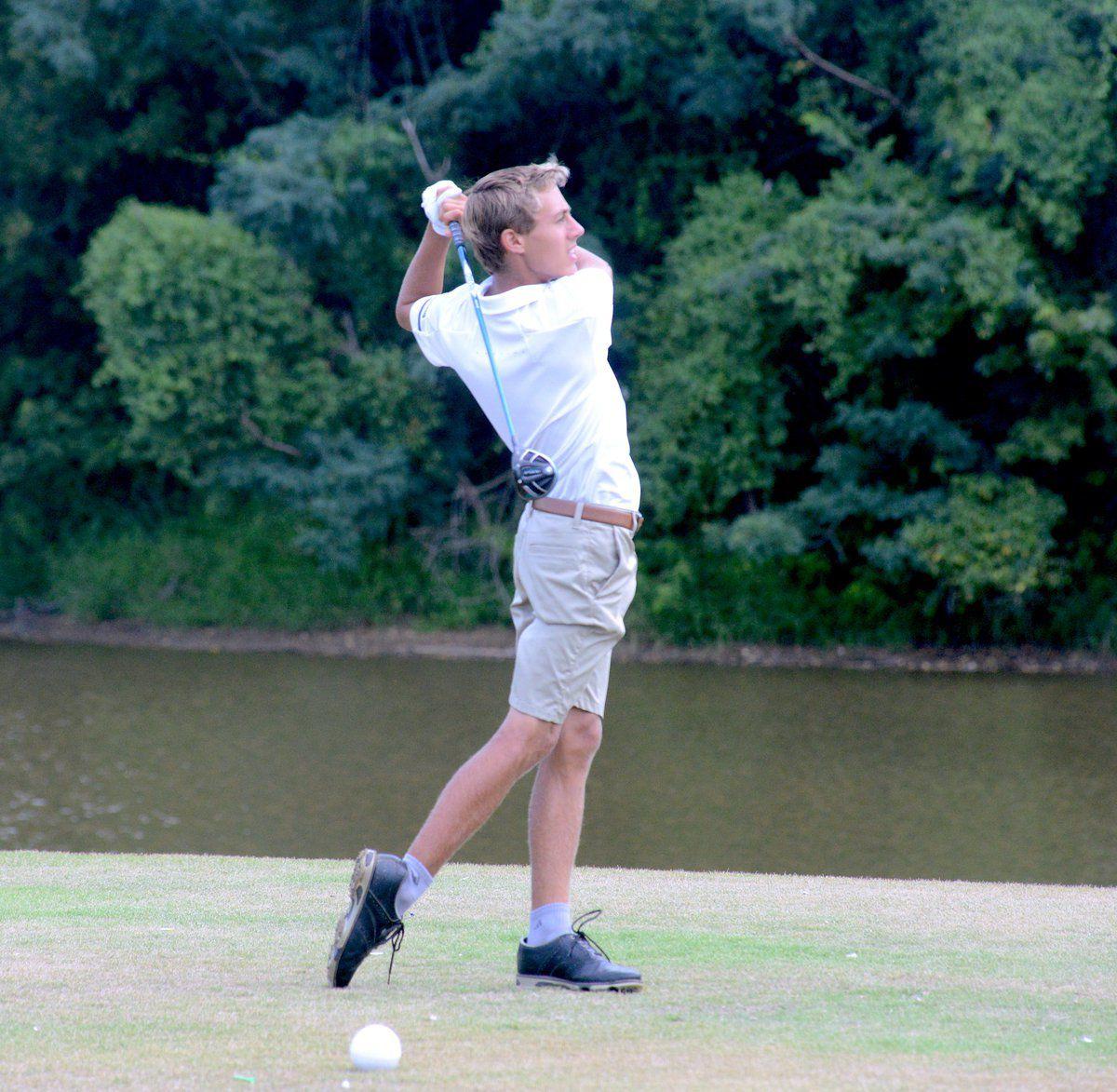 LEDBETTER – It’s a good week to be an athlete at St. Mary.

Less than 24 hours after the Vikings’ boys’ soccer team earned its first-ever win over Graves County – with the Lady Vikings nearly earning the sweep over the Lady Eagles – the boys’ golf team won its first All “A” First Region championship since 2014, shooting a 303 – 38 shots better than Murray High at Drake Creek Golf Course on Friday.

“It feels pretty good,” said Rocco Zakutney, whose even-par 72 secured him individual medalist honors. “I haven’t won a tournament in a while. I’m happy to win one again.”

Zakutney, who was a few shots off the lead last weekend at the Paducah Tilghman Invitational, said his short game has helped him pick up a lot of ground since last year.

“My short game’s a lot better than it was last year,” Zakutney said. “My hitting needs to get a little better, especially with my wedges. My longer clubs are good.”

“I’m proud for the boys and for the school,” Vikings coach Kurt Averill said. “They’re coming together. From the start of the season, you could tell it was going to take a few weeks to get everyone on the same page. With two sophomores an eighth-grader and two freshmen, they’re very young. But, their experience is starting to show.”

St. Mary senior Margaret Butts was the individual medalist for the girls, shooting a 2-over 74.

“It felt really good to pull out a win today,” she said. “My game was consistent all day. I made a lot of pars. It’s a really good way to kick off my senior year.”

Butts checked off two important boxes on Friday, in terms of her consistency and with a tournament win – things she said last weekend were crucial goals for the season.

“I just need to start making a few more birdies,” Butts said. “I’ve gotten it to where I can consistently make par. If I start making birdies instead of pars, I’ll be good.”

St. Mary has one more individual going to the state tournament. Ellie Roof qualified, shooting a 12-over 84.

As one of two girls’ teams competing on Friday, The Lady Tigers’ shot a 391, more than 100 shots better than Carlisle County, to take their eighth-consecutive regional championship.

“I feel like it went pretty well,” said Mary Browder Howell, last year’s medalist, who shot a 4-over 76. “We struggled a little bit, but we finished and played pretty well. We’re going to state, so I’m really excited about that.”

Claire Whitaker, Murray’s No. 2, shot a 12-over 84 after a challenging stretch at the turn.

Still, the momentum gained for the Lady Tigers is important, not only for the All “A” state tournament, but as the high-school season hits its stride in the coming weeks.

“We’re just really trying to work on team building,” Howell said. “We’re going out for ice cream after this just to celebrate. We’re really excited about the new year.”

Photos from the 2019 First Region All "A" golf championship at Drake Creek Golf Course in Ledbetter.