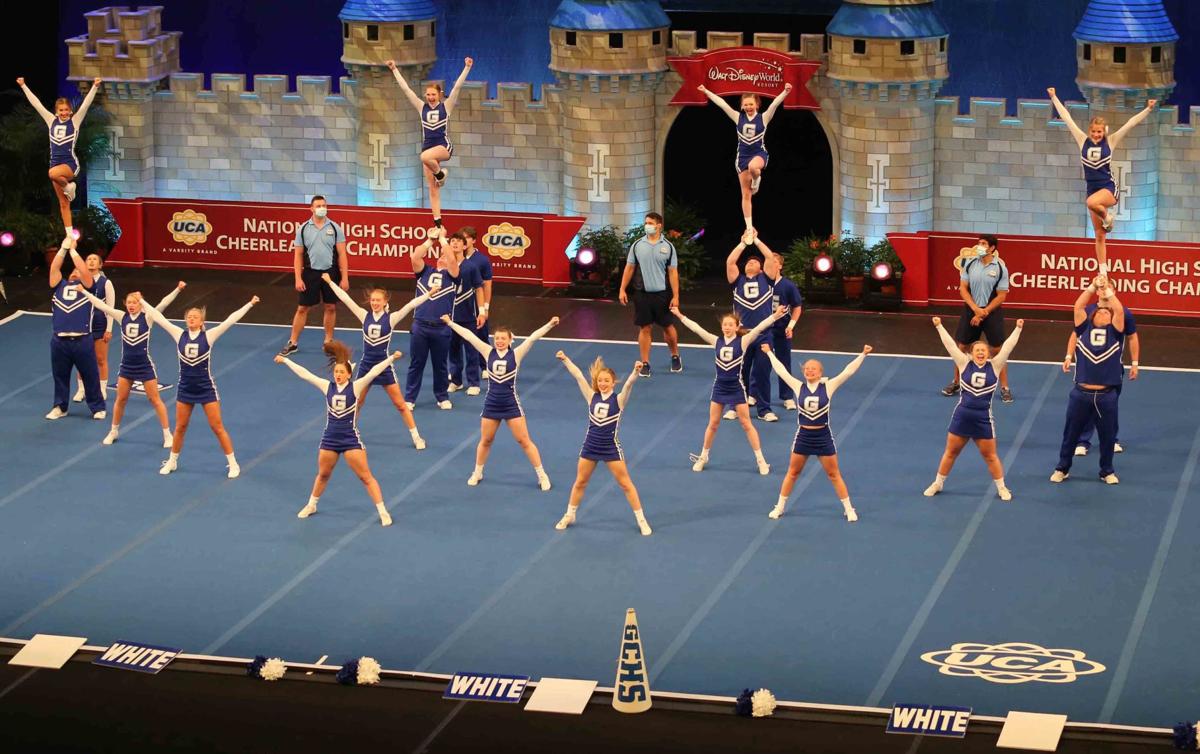 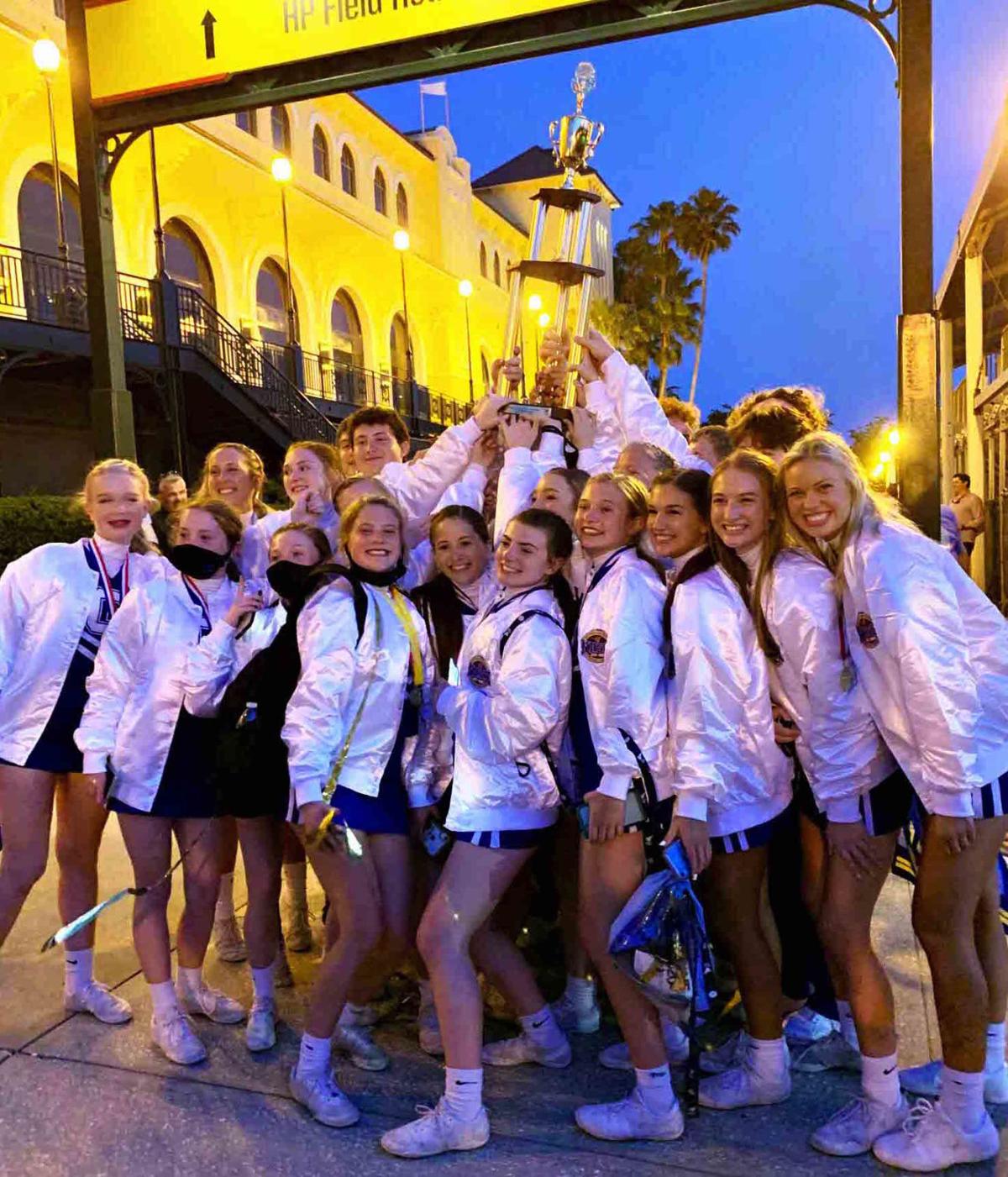 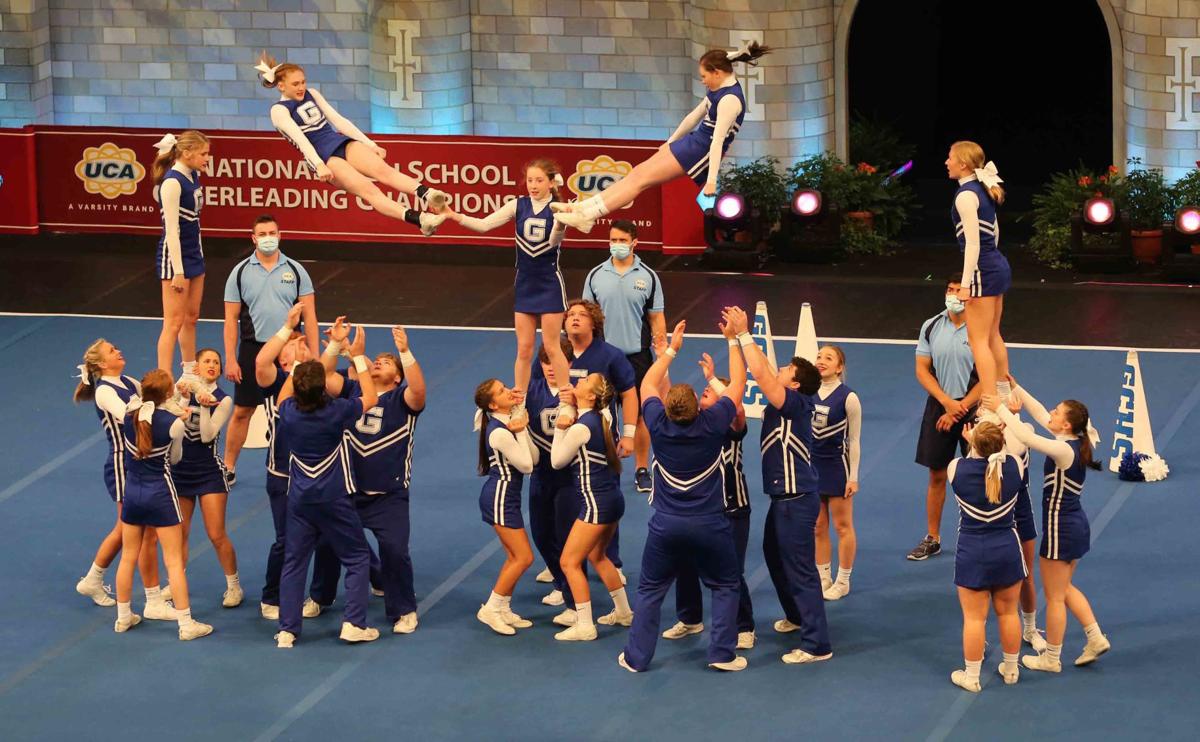 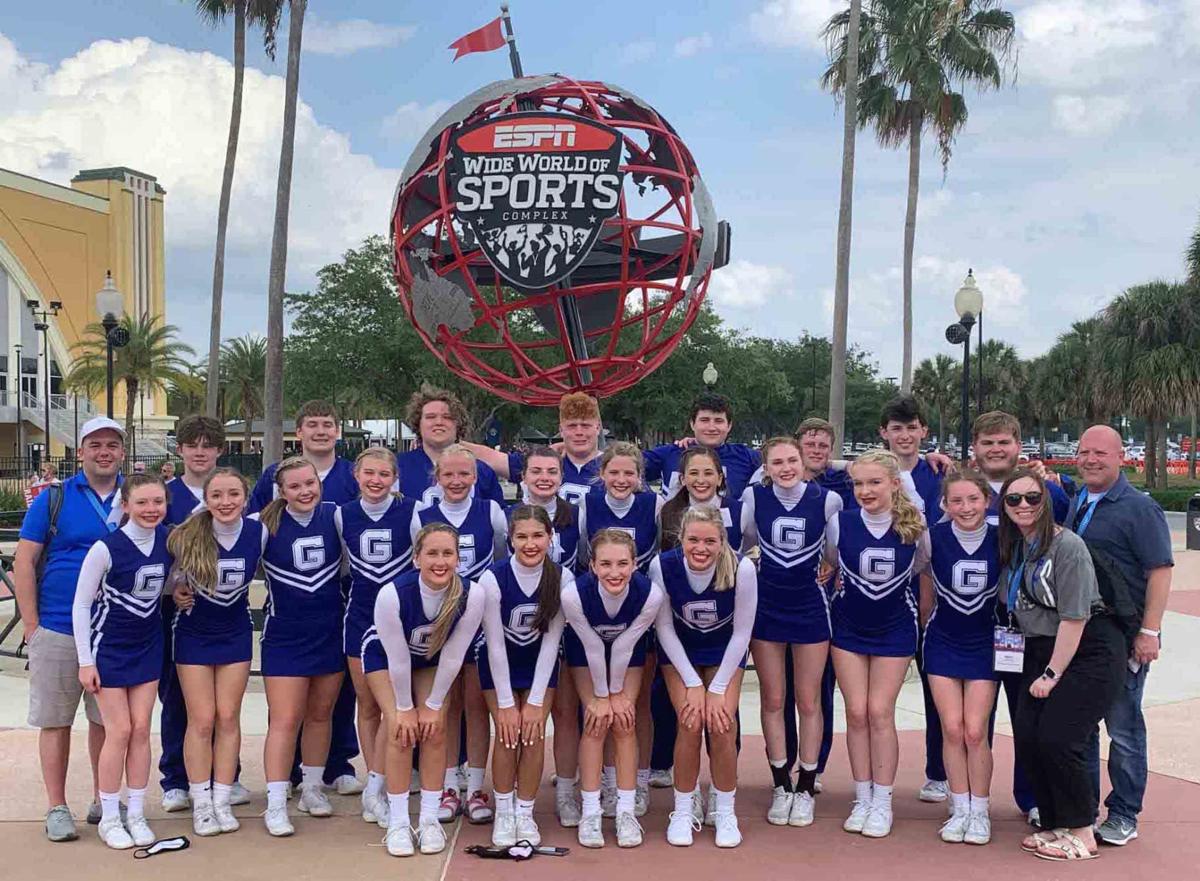 Graves County High School’s co-ed cheer squad pose outside the ESPN Wide World of Sports Complex at Disney World, where the Eagles competed in the UCA Nationals this past weekend.

Graves County High School’s co-ed cheer squad pose outside the ESPN Wide World of Sports Complex at Disney World, where the Eagles competed in the UCA Nationals this past weekend.

The word “dynasty” infers to a lineage of domination. With eight national championships to go alongside 10 state ones, Graves County High School’s co-ed cheerleading program would certainly fit that definition.

The Eagles earned Universal Cheerleading Association (UCA) National High School Cheerleading Championship trophy No. 8 this past weekend at Walt Disney World in Orlando, Florida, with two routines that had to stick each toss, tumble, tuck and touchdown to a tee.

But even in the shadows of doubt, Graves’ squad exuded a calm focus and confidence over the past year as the pandemic closed down their prime time for preparation for the next season.

“At the beginning of school, we had no clue if we were even going to have it, or if they did would we be able to go,” said GCHS coach Jon Summerville. “(Graves County Schools Superintendent Matthew Madding) told me that if there’s a way, they’ll try to get us down there. I think about January (UCA) decided when they were going to have it and the school board approved our trip.

“We were preparing for that without knowing for sure.”

So what the squad decided early on in the school year was that it was better to prepare for a national competition, whether it took place or not. And prepare, the group of 22 student-athletes did.

A familiar name on the national cheer stage, Graves County — competing in the large co-ed division — had previously won the UCA crown in 2018. They returned to Orlando in 2019 and missed out on repeating by 1.2 points. In spite of a developing worldwide pandemic, the team returned to the national championships again in 2020 but finished in third place.

The desire to regain the glory was likely part of the focus for the cheerleaders, which included four seniors. In the meantime, they had to put aside the loss of tryout time and spring recruitment and focus on what was ahead.

“I don’t know how they did it,” Summerville recalled. “I just told them if there was a chance of us going to Florida, we’d do everything in our power to get us there. Just keep going to practice and keep working hard. They did that.

“They’re just a good group of kids and they worked hard.”

In its division, Graves County faced Bartow, Florida — the team that edged them out in 2019 — and Dyer County, Tennessee. In the preliminaries, the Eagles finished ahead of Bartow by an 86.4 to 86.3 raw score margin. After deductions, Graves was still on top, 86.15 to 81.3.

In the finals, GCHS turned in an 86.3 point performance with no deductions. Bartow had a raw score of 86.5 but earned two deductions for a drop which slid its score to 84.5.

“Going in, we knew we had to hit it in both performances. It wasn’t like we could hit one and not the other. We had to hit both,” Summerville said. “And that’s what we did.”

The preliminaries accounted for 50% of the final score, which upped the ante. Summerville said Bartow tends to develop more difficult routines, whereas Graves works on what they know how to do — then does it well.

“That’s the benefit of not trying to do the hardest thing you could possibly do, because you’re going to have some nerves and feel some pressure,” he explained. “We want everything in the routine to be something they can really do solidly even with a little bit of nerves.

“We try to make a routine with as difficult as we can and still be clean so they can be confident to go out and hit it,” he added.

Now, Graves County’s co-ed squad will turn their attention to the KHSAA state competitive cheer championships on May 14. The state event is typically done in December but was pushed back due to COVID-19 concerns.

A state win, facing the likes of neighboring McCracken County, which also earned a national UCA title in a virtual performance, would add another title to go with the others GCHS has won in 2005-8, 2010, and 2012-16.

From there, it will be the returning and new Eagles eying a repeat for 2021-22.

“I’m really proud of them,” Summerville said. “They got through a tough year, worked hard and I feel that they deserved it.”