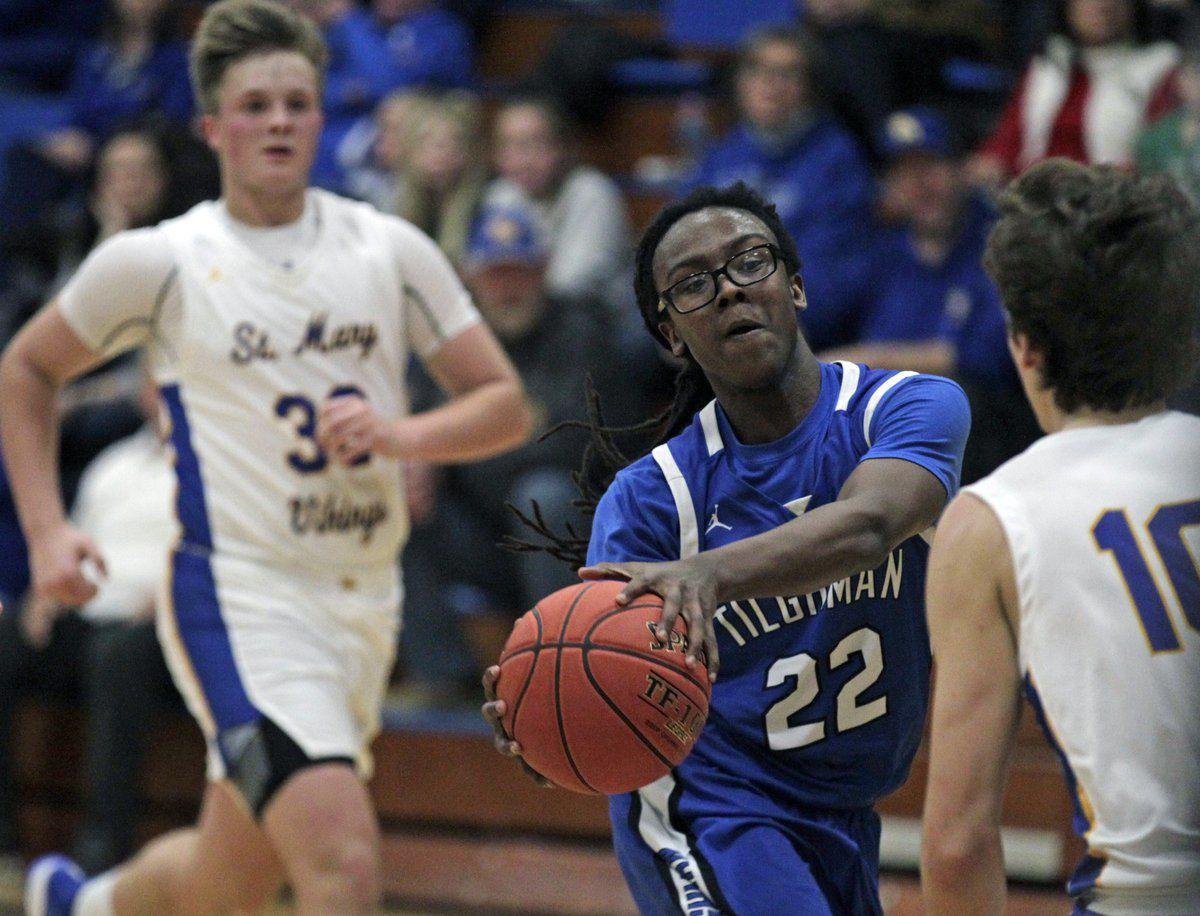 Paducah Tilghman's Mian Shaw (22) ballfakes and drives for two of his 15 points during Friday's 64-41 win over St. Mary at Vikings Gymnasium in Paducah. 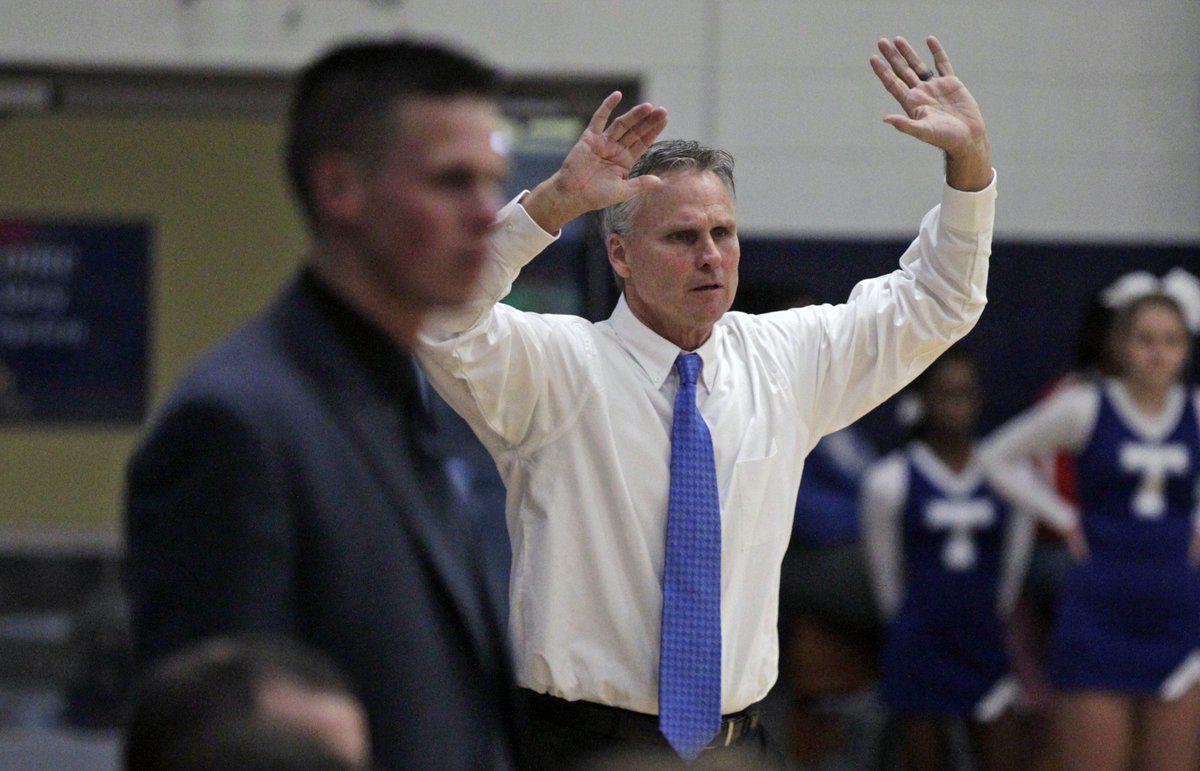 Paducah Tilghman coach Greg Overstreet calls out defensive cues during Friday's matchup between the Blue Tornado and Vikings, while his son, Wes (foreground), watches the game unfold. It's the first time in First Region history a father and son faced off in a basketball game.

Paducah Tilghman's Mian Shaw (22) ballfakes and drives for two of his 15 points during Friday's 64-41 win over St. Mary at Vikings Gymnasium in Paducah.

Paducah Tilghman coach Greg Overstreet calls out defensive cues during Friday's matchup between the Blue Tornado and Vikings, while his son, Wes (foreground), watches the game unfold. It's the first time in First Region history a father and son faced off in a basketball game.

A roaring start for St. Mary. An even better finish for Paducah Tilghman. And a father and son, coaching against each other for the first time.

In what could become a fun, long-standing rivalry, it was pops -- Blue Tornado coach Greg Overstreet -- orchestrating a 64-41 victory over his former team and his son, Vikings coach Wes Overstreet, on Friday at Viking Gymnasium.

"As much as I love Wes, the hard part was looking at those kids," noted Greg Overstreet, on a program he once ruled. "I'm hollerin', and because (the Vikings) have heard my voice for so long, some of them were looking. So it was a little bit different."

Added Wes Overstreet: "It was definitely cool, especially before the game. But once the game gets going? I'm kind of more focused on the team, and that kind of becomes background. But before the game, seeing him … that's special."

In the first six minutes it was all Vikings, who led 8-1 early after a 3-pointer each from Colin Doss (12 points, 4-for-10 shooting) and Billy Johnston (3 points).

The Blue Tornado, however, would close the first quarter on a 16-3 run behind seven points from Eli Brown (12 points, 4-for-8 shooting) and five of Mian Shaw's game-high 15 points. Jahiem Concentine's rebound and transition dunk gave Tilghman an 11-10 lead it wouldn't cede.

Bookend 3-pointers from Concentine and John Rowe had Tilghman up 33-18 just before halftime.

The third quarter is where it turned to Tilghman's favor. Full-court pressure defense finally caught up to the Vikings, who committed nine turnovers in the next seven minutes, then didn't get a basket until Keaton Elliott's layup dropped with 37 seconds left in the quarter.

"I just think we were really energized," Greg Overstreet added. "And of course, when you get this kind of atmosphere like we had tonight, it makes it easy to play. We've been working on not being the biggest or even the fastest, so we've got to be the most energized."

"We hadn't seen that type of pressure yet," described the younger Overstreet. "I've been trying to explain that pressure to my guys, but seeing it first-hand? We've seen a little pressure, so far, but nothing like what they just showed us right there. They did a good job.

"But we've got to be stronger with the ball. Make more pass fakes. Help each other out a little bit more. We couldn't really get into a half court set. I think if we can get to a half court game, we stand a good chance. But we've got to figure out a way to kind of get through that free throw line to free throw line and the pressure in that area. If we can win those battles, we'll be all right."

Tilghman moved to 1-0 in Second District play with the victory, while St. Mary's four-game winning streak comes to a close.