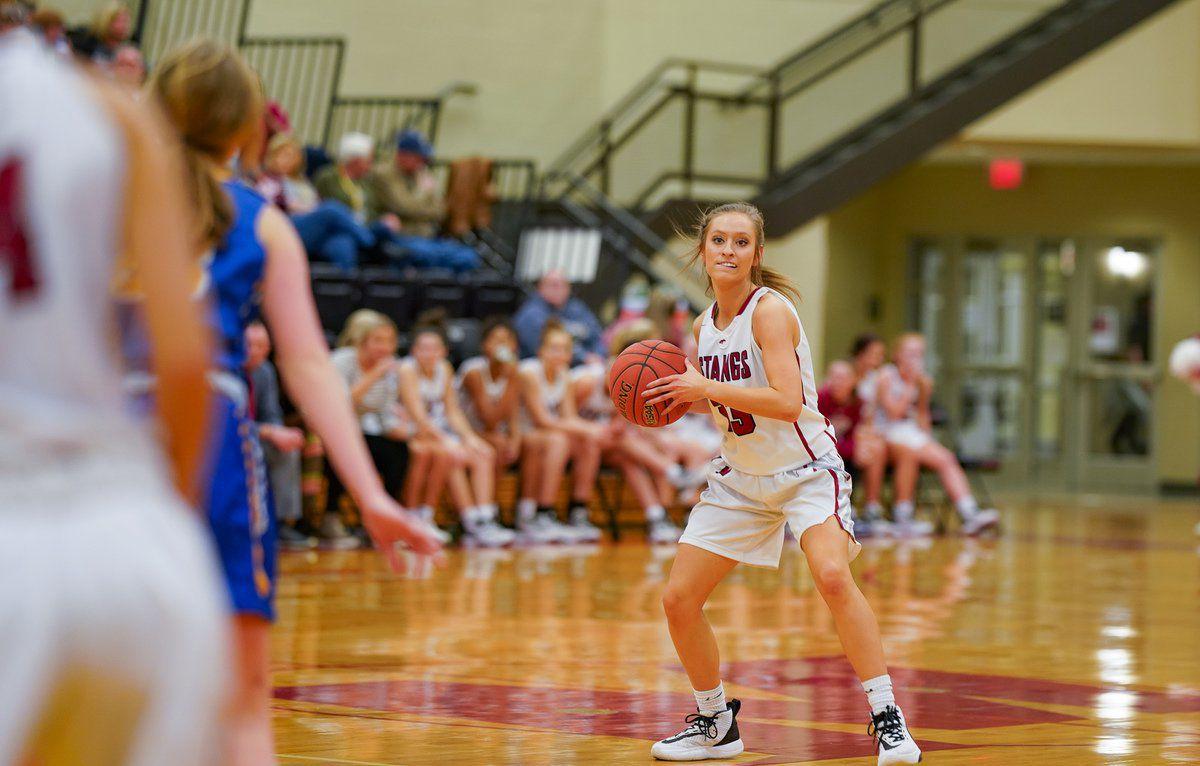 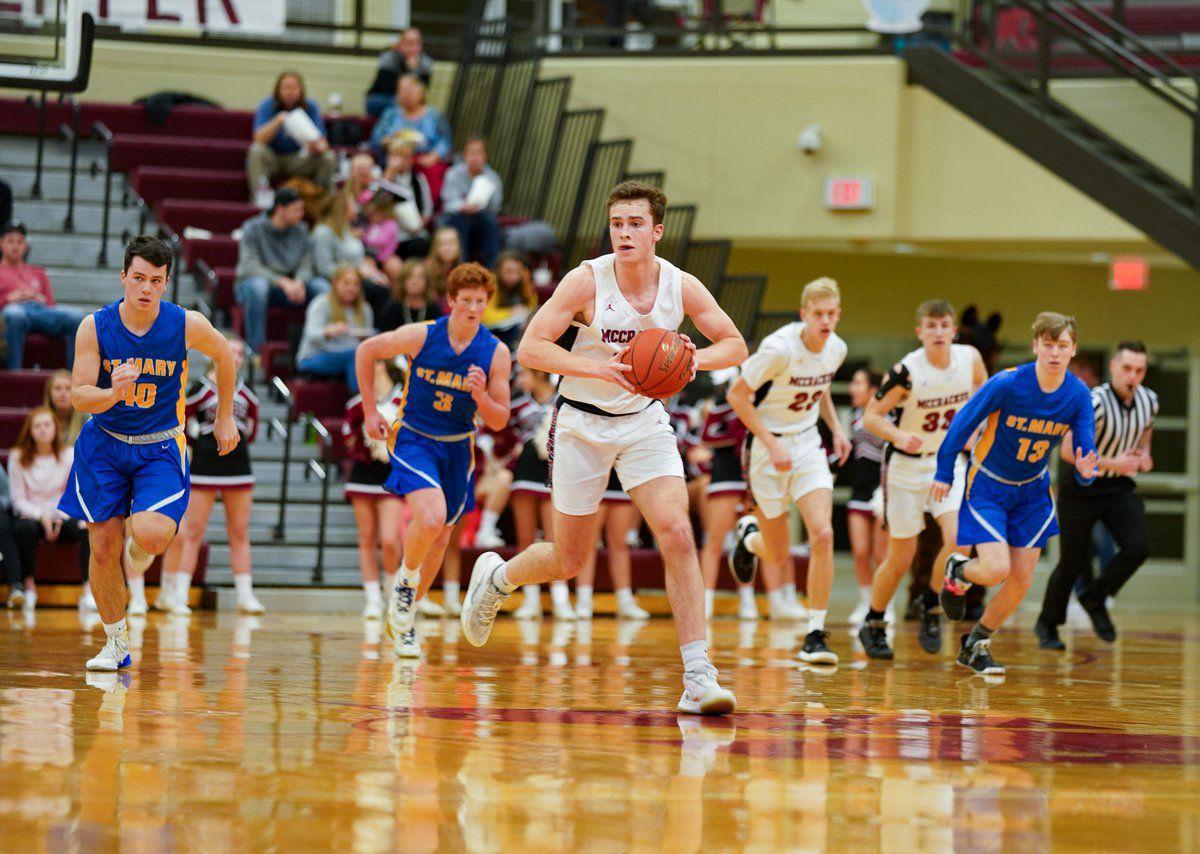 With all its success this year, there’s no doubt this year’s senior class has carried the load for McCracken County.

So, with the regular season winding down for the Mustangs, who beat St. Mary 69-33 on Tuesday night, which was senior night at Strawberry Hills Pharmacy Arena, now isn’t the time to lose focus.

“We need to lock in, practice and take stuff seriously,” said McCracken senior forward Ramon Heard, who had a game-high 13 points. “And just be ready and give it our all.”

For the second of McCracken’s three seniors, Ronnie Jones – whose 18th birthday was Tuesday – the senior night victory was an ample present.

“It’s pretty cool, actually,” said Jones, who “I had my dad (Ronnie Jones, Sr.) here. He kind of almost started tearing up (during the pregame ceremony). Right now, we’re just still keeping our (team) chemistry together on and off the court. And (we’re) moving the ball and seeing the open person, and keeping our defense good.”

“I just had to come out and play like normal,” Youngblood said.

While the five points she scored might, eventually, be forgotten as the days pass, the impact she and her fellow seniors make on this year’s group – which has won 10 of the last 12 games – isn’t likely to fade any time soon.

“It’s a special group of girls,” McCracken coach Scott Sivills said. “I’ve really enjoyed them for the last four years. (They have a) great work ethic. They’re fun to be around.”

The Lady Mustangs (17-9) take on Paducah Tilghman on Friday, before traveling to Murray on Monday ahead of Tuesday’s regular-season finale at home against Caldwell County. The district tournament begins in two weeks.

“They’ve really got to zero in on their skill-set,” Sivills said. “If they do that, I think we’ll have a great chance in district play, and maybe even the regional tournament.”