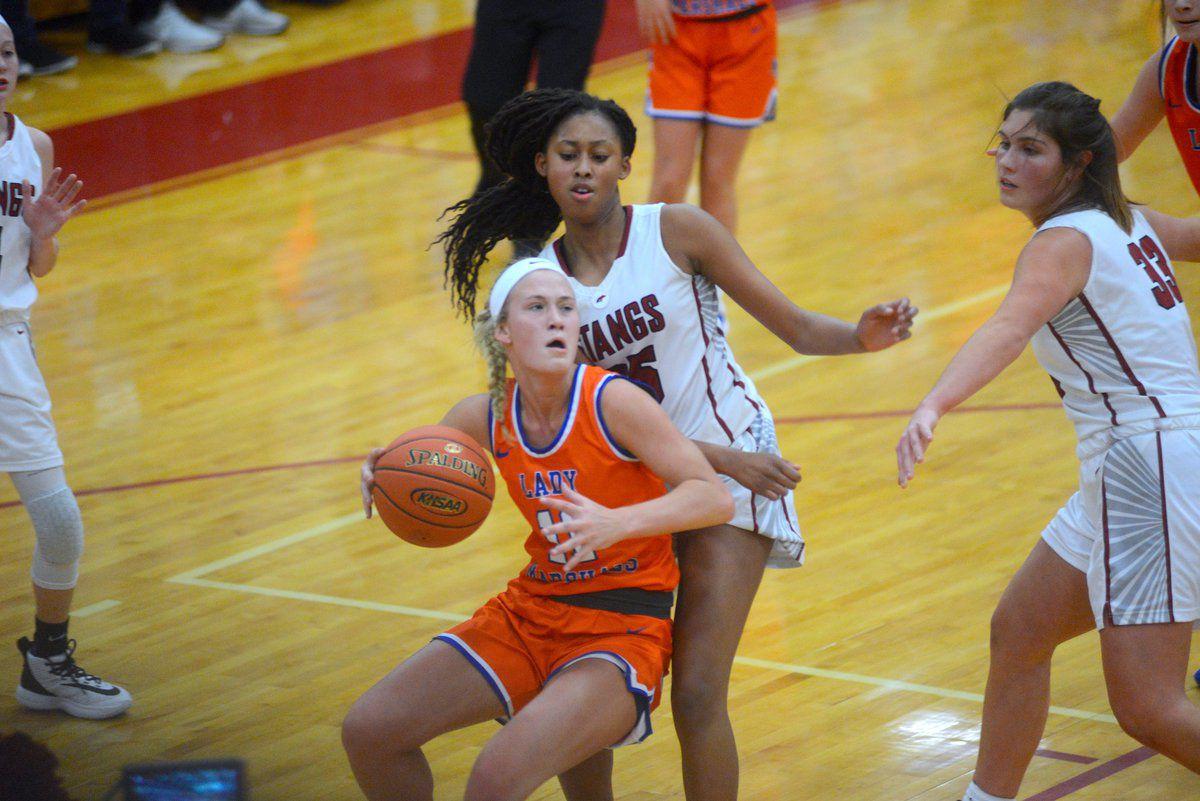 Cayson Conner had a game-high 26 points for Marshall County in its 68-50 win over McCracken County. 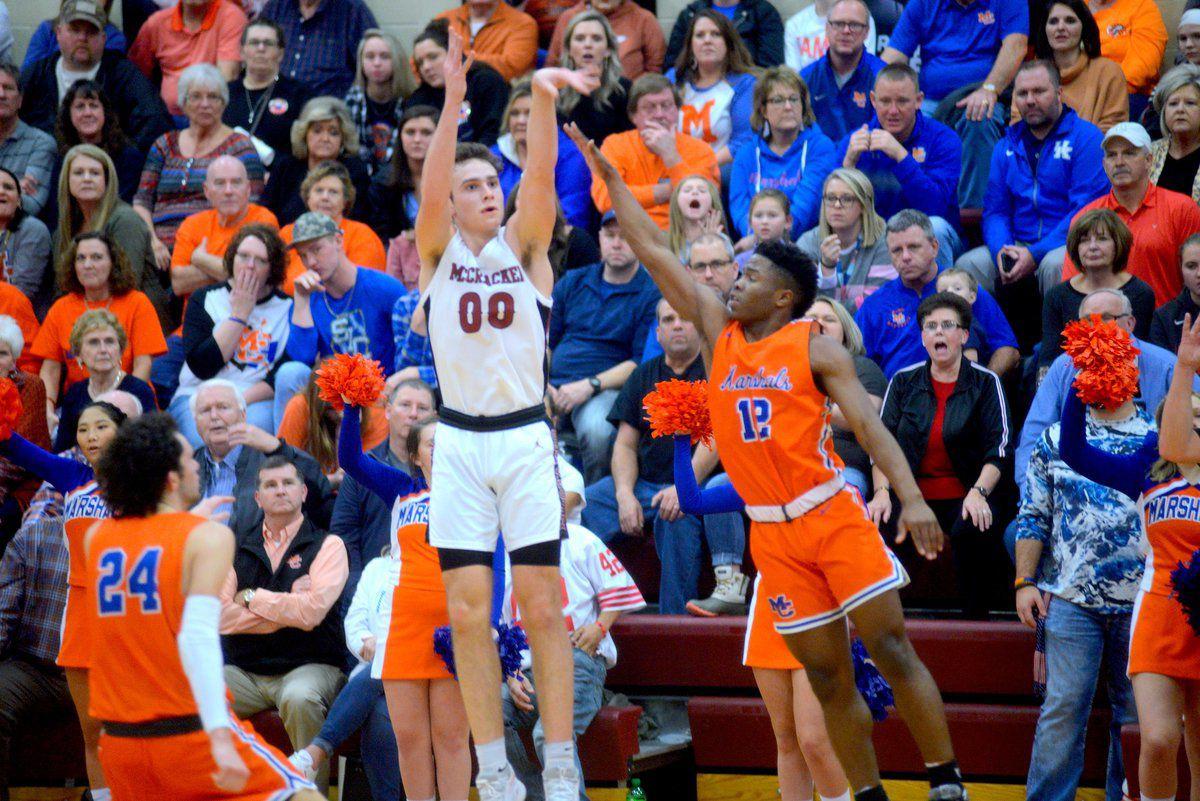 Jackson Sivills had a team-high 20 points for McCracken County in its 58-53 win over Marshall County on Friday.

Cayson Conner had a game-high 26 points for Marshall County in its 68-50 win over McCracken County.

Jackson Sivills had a team-high 20 points for McCracken County in its 58-53 win over Marshall County on Friday.

If the first two games between McCracken County and Marshall County are any indicator of a third meeting at the CFSB Center in March, the First Region championship may very well come down to the final possession.

In its sweep of the regular-season home-and-home series with Marshall, McCracken has displayed clutch shooting, especially late in the game.

In the first meeting two weeks ago, it was Noah Dumas from the free-throw line. In Friday’s 58-53 win, lights-out three-point shooting – several in the first half – was what pushed the Mustangs over the edge.

There’s also a name that most of the region might not have heard much of: Ian Hart.

Friday, he showed some of what piqued some early Division I curiosity, though no offers have been given – yet.

“Well, Coach (McCracken coach Burlin Brower), he sees the gaps in the other teams’ defenses and sets us up,” Hart said. “He gets us in the corners, gets us on the wings and puts us in a position to score.”

The sophomore has also earned the praise of his teammates.

“He’s a great player,” said McCracken senior and Murray State signee Jackson Sivills, who had a team-high 20 points. “He knocked down two huge shots to help win the game.”

If there is indeed to be a third chapter between McCracken and Marshall, Marshals coach Terry Birdsong said some changes need to happen, first.

“We told them after the game we’re just halfway through our season,” he said. “We’ve got a lot of games left. It’s hard sometimes to get momentum and confidence when you play the schedule we play, because it’s hard to string together three or four wins in a row. I think if we can ever do that, where we can win five or six in a row, and the kids get to keep building confidence and believe in what they’re doing, I think we’re going to be a different team.”

Zion Harmon had a game-high 25 points for the Marshals.

When last the two teams met, it was McCracken County that upset one of the First Region’s favorites on its home court.

Friday, Marshall County returned the favor with a 68-50 win on the road.

Marshall opened its lead, however, taking a 26-20 lead to the locker room.

“We worked on defense all week,” Lady Marshals guard Presley Jezik said. “So, we had to adjust our plays and play defense how we haven’t been playing this season, in the past.”

“I want to commend our kids for fighting back in the second quarter, cutting the lead to six points at the half,” McCracken coach Scott Sivills said. “But, it was a back-and-forth game, pretty much, the rest of the way. We just couldn’t make some plays, where they did.”

Cayson Conner had a game-high 26 points for the Lady Marshals, while Destiny Thomas paced McCracken with 16.