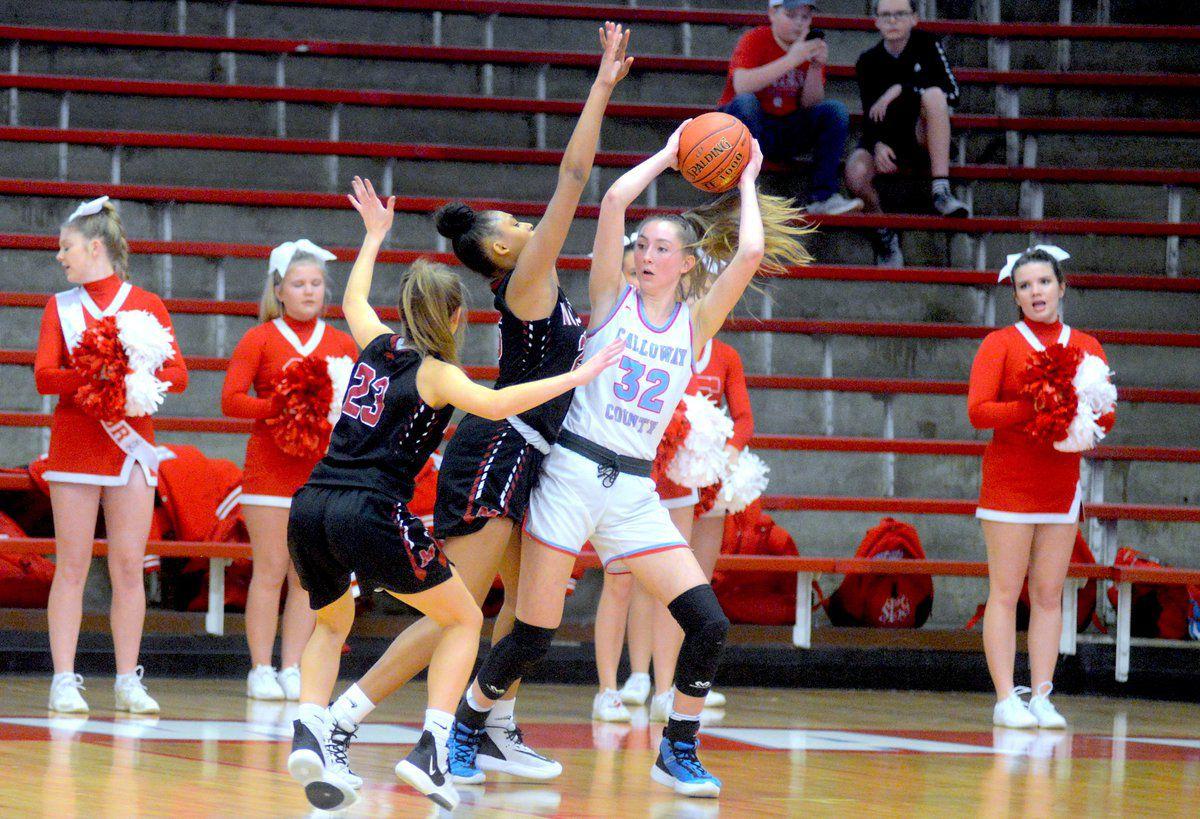 Charlee Settle (32) had 20 points and 17 rebounds for Calloway County in its 54-47 win over McCracken County on Monday. 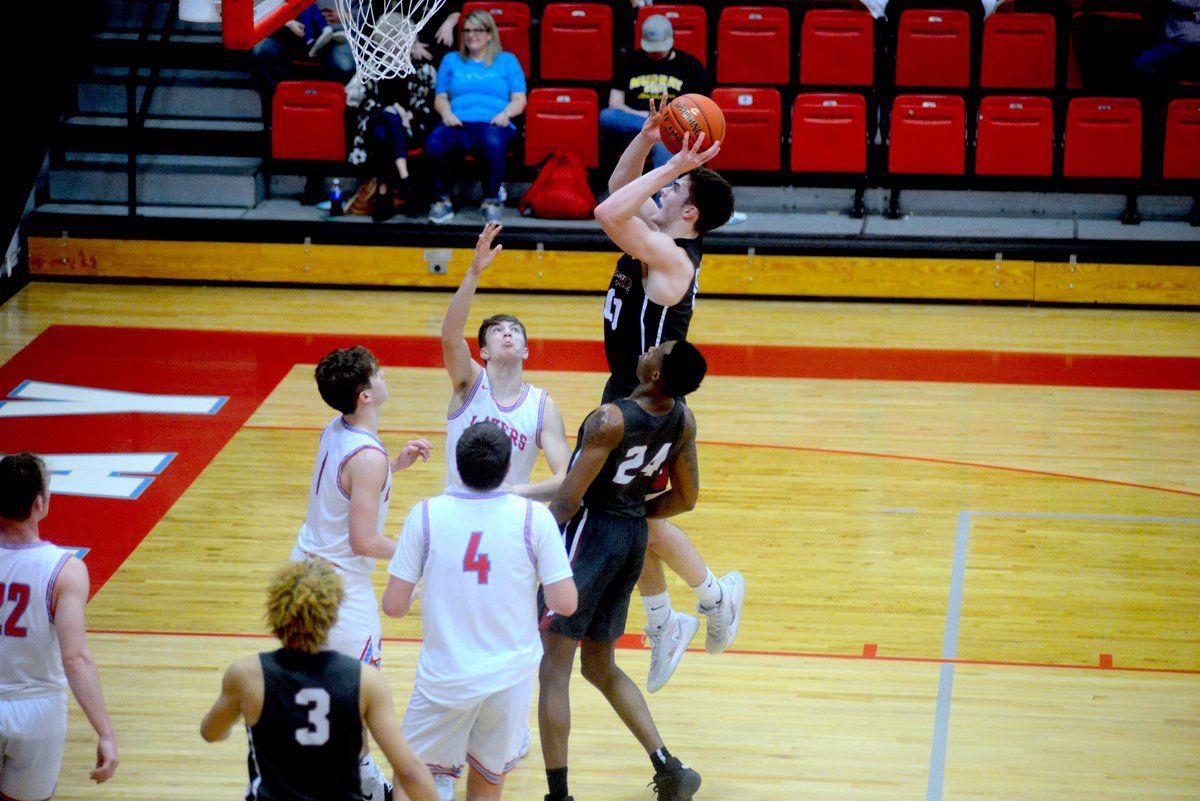 Jackson Sivills (00) had 24 points for McCracken County in its 72-53 win over Calloway County on Monday.

Charlee Settle (32) had 20 points and 17 rebounds for Calloway County in its 54-47 win over McCracken County on Monday.

Jackson Sivills (00) had 24 points for McCracken County in its 72-53 win over Calloway County on Monday.

MURRAY – All streaks start at the same place.

McCracken County, which saw its 14-game winning streak snap on Saturday in a 63-59 loss to Collins at Warren Central High School, got back on the left side of the win/loss column, taking down Calloway County 72-53 in the Jeffrey Gym on Monday evening.

Jackson Sivills, whose college career will start this fall a little more than three miles away at Murray State, had a game-high 24 points for the Mustangs (22-5), while Ian McCune notched his third double-digit night in the last four games with 16 points. Noah Dumas added 12 points.

McCracken led from the tip, with Sivills knocking down a transition three-pointer in the opening seconds.

“I think we were just trying to get back to what we were good at,” Sivills said. “Our calling card the last couple years has been defense. Coach (Burlin Brower) stressed that before the game. We knew we had to come in here and lock them down to win. They’re a good team.”

For McCune, who entering play was averaging 6.8 points per game for the season, the last two weeks have been his most productive on the hardwood. In the last six games, including Monday’s, McCune has scored at a clip of 11.5 points a contest.

Evan Garrison had a team-high 19 points for the Lakers (15-11), who have lost four of the last seven.

Charlee Settle, who will be joining Sivills on campus at Murray State in the fall, picked up her 16th double-double with 20 points and 17 rebounds for Calloway County in its 54-47 win over McCracken County in the first game of Monday night’s boy-girl doubleheader.

Still, the season’s not done yet for Calloway, which, with a win over Marshall County on Friday, will secure an automatic bid to the First Region tournament next month.

So, what stands in the way of the Lady Lakers and a trip to the CFSB Center?

“Just intensity,” Settle said. “They’re all four quarters, not just the second half, so just coming out from start to finish.”

Destiny Thomas had a team-high 16 points for the Lady Mustangs (16-9), who despite Monday’s hiccup, have won nine of the last 11.