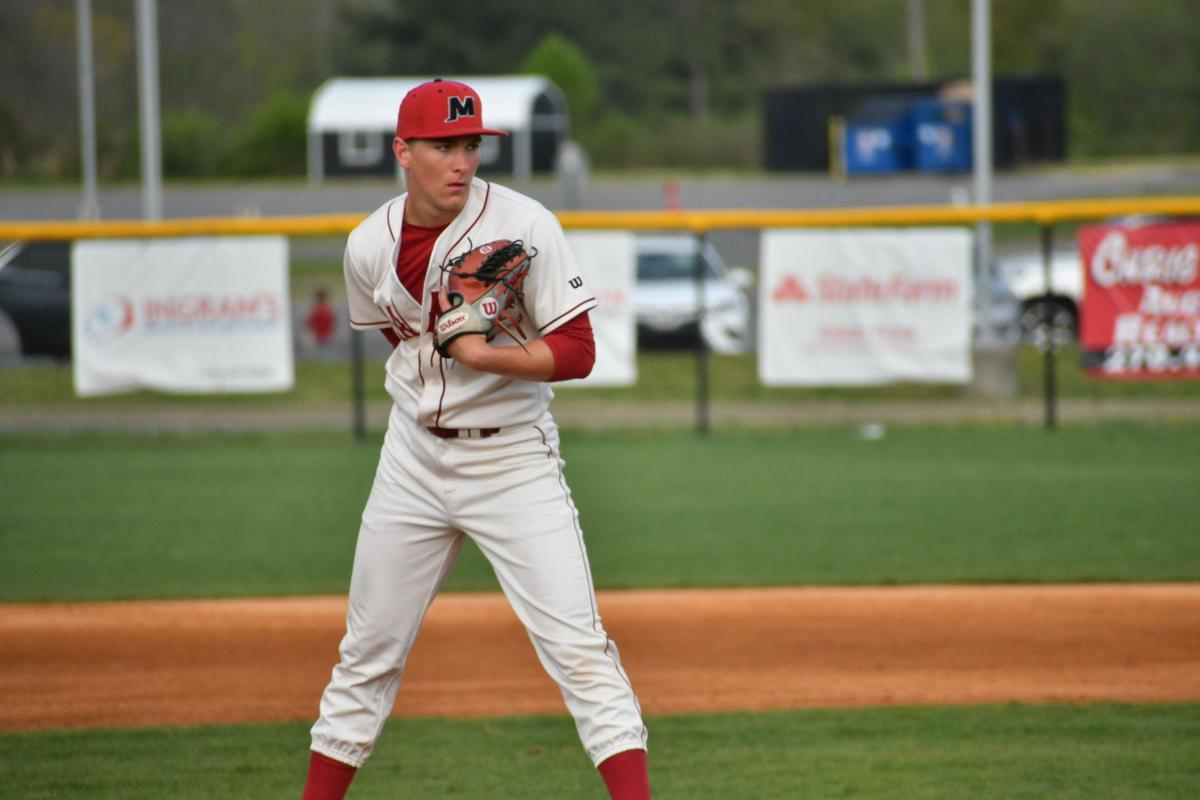 Senior Ben Higdon waits for the sign from catcher Braden Vinyard in the 10-0 victory over the Union County Braves on Thursday night. Hidgon struck out 11 of the 21 batters faced. 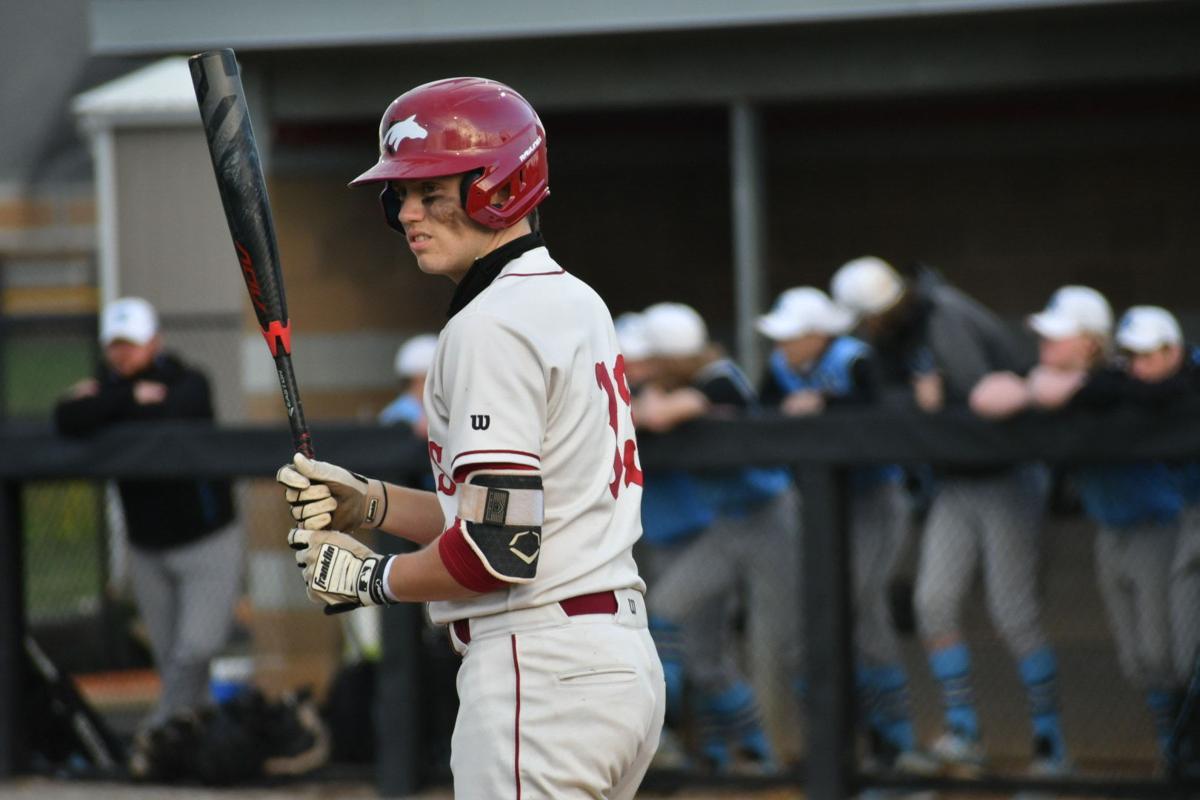 Senior Rivers Moffatt looks for the sign from head coach Zach Hobbs before hitting a triple to score teammate Ben Higdon in the first inning.

Senior Ben Higdon waits for the sign from catcher Braden Vinyard in the 10-0 victory over the Union County Braves on Thursday night. Hidgon struck out 11 of the 21 batters faced.

Senior Rivers Moffatt looks for the sign from head coach Zach Hobbs before hitting a triple to score teammate Ben Higdon in the first inning.

McCracken County is on a 6-0 win streak with no plans on stopping soon. The dominating force of the Mustangs continued with a 10-0 victory over Union County (1-5) on Thursday night.

“We came out a little flat today and it has been a long week with hosting a lot of games,” head coach Zach Hobbs said. “The kids had to battle through kind of a flat start. They’ve been here all week and had to pull tarp this morning. You could tell there was some fatigue but we battled through and made some adjustments at the plate.”

In the first inning, Rivers Moffatt kicked off the night with a triple to centerfield. That allowed leadoff hitter Ben Higdon to score the first run of the night. The Mustangs would add on one more run in the inning with the assist of a Jack Bennett sacrifice fly to right field.

“We got to adjust quicker at the plate when we run into the different kind of pitching that we did tonight,” Hobbs stated. “But we found a good way to get through it and get to work for this next game.”

The scoring would subside for the Mustangs until the fifth when their offensive strengths were energized. Moffatt, who had assisted in the first two runs of the game, scored on a wild pitch to kick off a five-run rally.

During the rally, Brandon Dodd (two runs, one hit, and one RBI), Eli James (one hit, two RBIs), Braden Vinyard (two hits, two RBIs), and Higdon (one run, two hits, one RBI) contributed to the big inning. Each drove in runs to make it 8-0 heading into the sixth.

Higdon allowed non runs and one hit in four and two-thirds innings to get the win.

The senior struck out 11 of the 21 Brave batters he faced. Out of his 93 pitches, Higdon threw 49 strikes.

In addition to Higdon, James and Grant Godwin also pitched for McCracken. Godwin struck out one in his appearance while James fanned three.