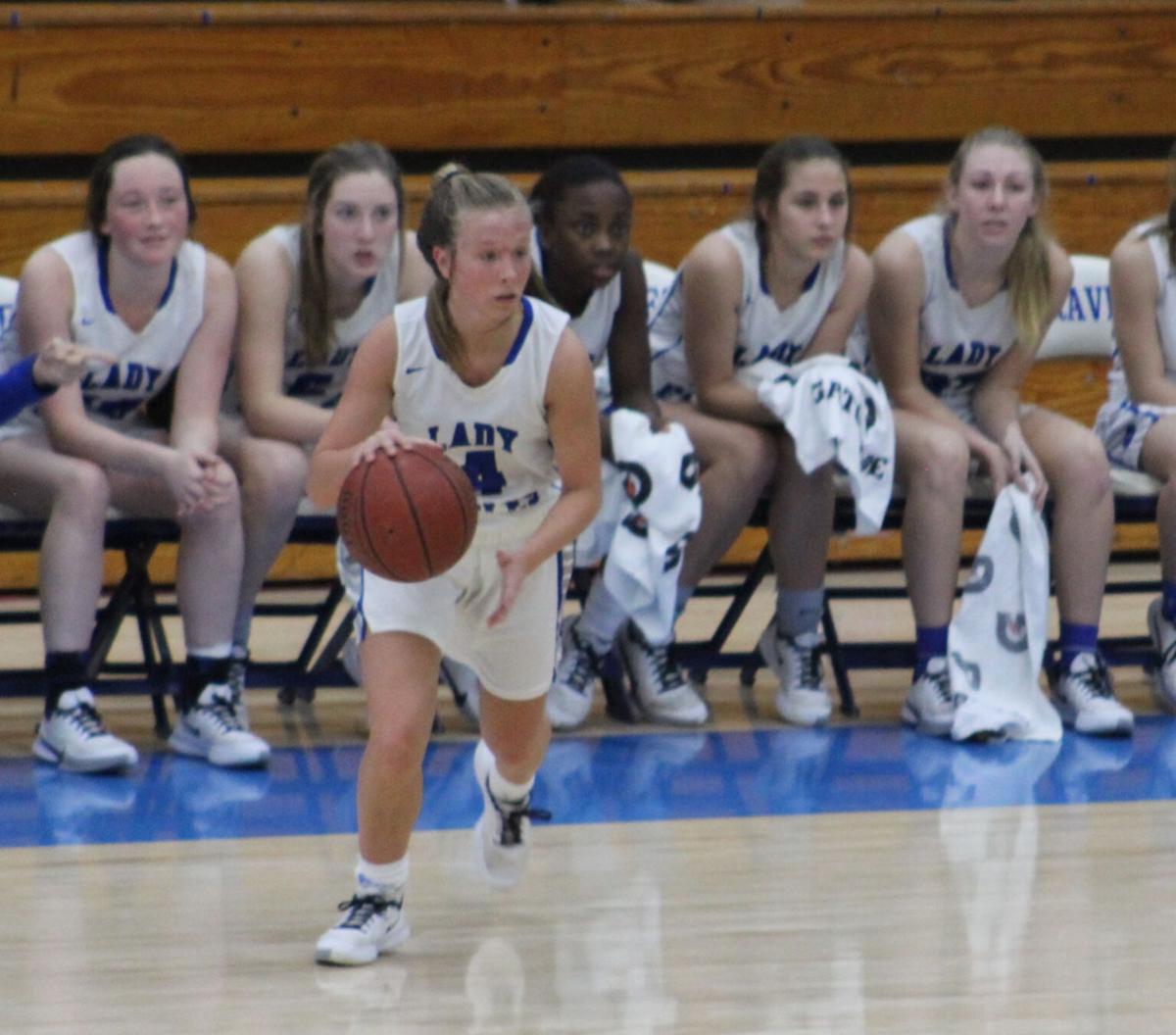 Left: With the departure of two starting guards, Graves County junior Ellie Carter will look to fill in the gaps for the Lady Eagles. Above: Mayfield’s point guard Hayley Sullivan (1) will look to become a leader. 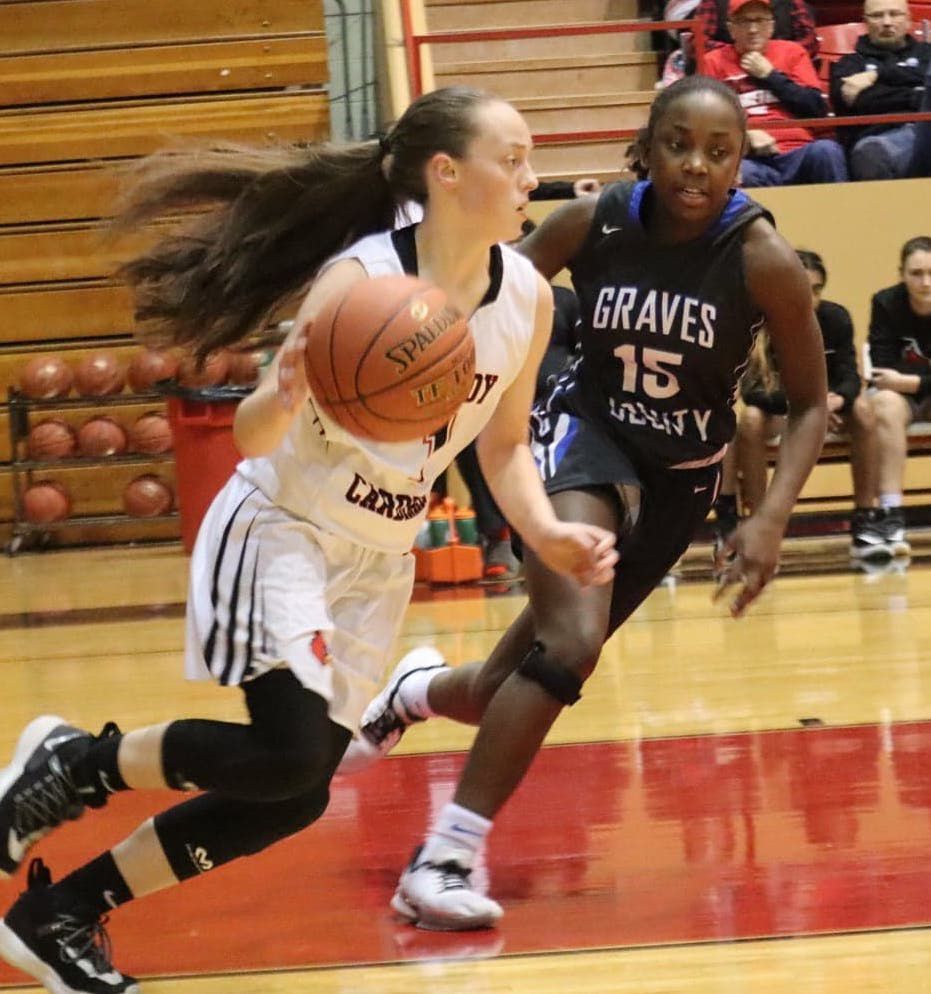 Left: With the departure of two starting guards, Graves County junior Ellie Carter will look to fill in the gaps for the Lady Eagles. Above: Mayfield’s point guard Hayley Sullivan (1) will look to become a leader.

MAYFIELD — With just under two weeks left until the start of the 2020-21 girls basketball season, teams across Kentucky have been racing to get practice time in while simultaneously fighting the hike in COVID-19 cases throughout the state.

For teams like the Graves County Lady Eagles and Mayfield Lady Cardinals, this season may look a bit different in terms of the number of games played and who these matchups will consist of.

Forced to schedule tournaments and exhibition games with teams closer in distance has plagued teams with limited opportunities to bolster their season schedules with difficult matchups.

Despite these obstacles, both Graves County and Mayfield will hit the floor on Nov. 24 for the start of what can only be described as an unusual high school basketball season.

Graves CountyThe Lady Eagles enter the 2020-21 season with a lot of questions surrounding their program as they look to continue their dominance under first-year head coach Lyndon Dunning.

The Lady Eagles will get to work on Nov. 24 with an opening night matchup with the Murray Lady Tigers.

From the tip-off of Game 1, the Lady Eagles will have their hands full as they’ll face Murray for a second time, Paducah Tilghman and this year’s favorite to win the First Region championship, the Marshall County Lady Marshals, all before Christmas.

January will not be any friendlier to the Lady Eagles, as multiple regional matchups with McCracken and Calloway County and a district bout with Mayfield will likely show Graves what kind of team they are.

The Lady Eagles’ load will lighten a bit in February, as they look to bulk up the win column with games against Ballard Memorial, Muhlenberg County and Hopkinsville as well as their second go around with Mayfield.

The First Region tournament is likely to see a jump in competitive play this season, as graduation and injuries have paved the way for multiple teams to make a splash at the CFSB Center come March.

MayfieldMuch like their rivals across the county, the Lady Cardinals will also hit the ground running on Nov. 24 with no signs of slowing down.

Mayfield opens its 2020-21 campaign against Hickman and Calloway County, two early games that are sure to test a young Mayfield team that lost three starters from a season ago to graduation.

Aside from a Nov. 30 matchup with Murray, the Lady Cardinals will experience a rather relaxed December schedule, taking on St. Mary, Livingston Central, Fulton City, Christian Fellowship and Carlisle County.

Toward the end of the month, Mayfield will face Calloway County for a second time before playing in the West Kentucky Hoops Classic, facing two Goliath-type opponents in Caldwell County and Madisonville-North Hopkins.

At the top of the year, the Lady Cardinals will begin a stretch of mostly First Region opponents, as they meet with Carlisle County once again before hosting Third District foes Ballard Memorial and Graves County.

The middle of January will see the Lady Cardinals enter All “A” Classic regional play. Much like in seasons past, Mayfield will look to reach the championship game in hopes of advancing to the state tournament.

Both the Cardinals and Lady Cardinals came up short last season in the regional championship game, each falling to Murray.

Mayfield will round out its season with a balanced mix of highly touted opponents as well as a few “gimme games.”

Late-season opponents to keep an eye on include McCracken, Marshall, Graves and Caldwell County.

Although many are viewing this as a down year for Mayfield, don’t be surprised if the Lady Cardinals make a little noise in the All “A” Classic and First Region tournament this season as multiple area teams have lost key pieces from a season ago.