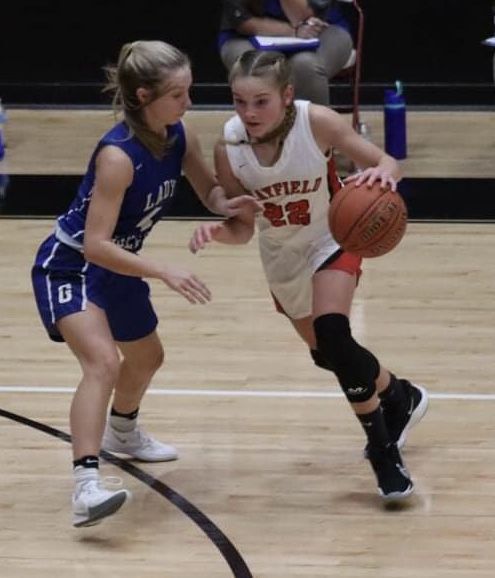 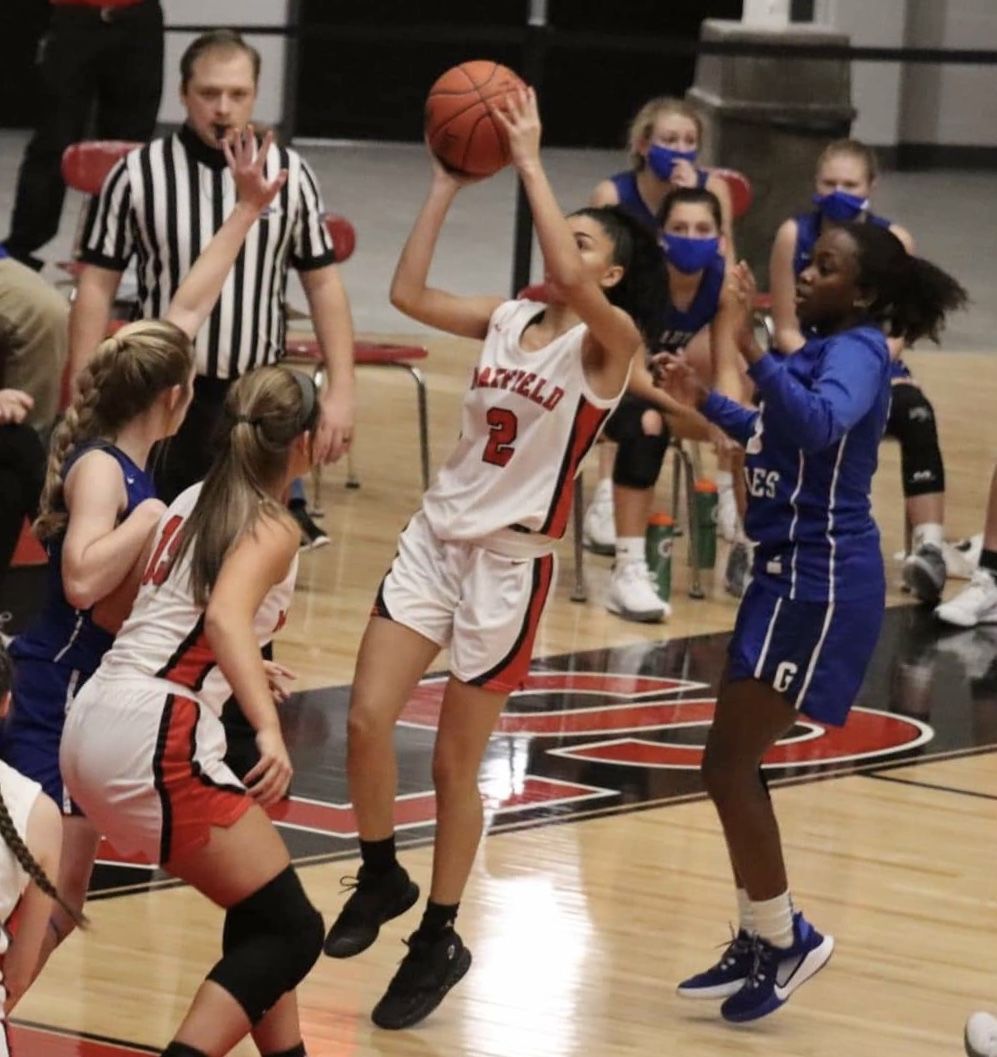 “I think our kids were ready from the start,” Dunning said. “Sometimes you just have to go out and do the simple things, and tonight we did a great job of pressuring the ball and also taking care of the ball.”

Mayfield’s seventh-grade duo of Nya Burns and Lay Mayes each contributed solid nights once again for the Lady Cardinals.

Graves took a comfortable 23-12 lead into the half, as Mayfield looked to chisel away at its double-digit deficit in the second half.

Despite increased scoring from beyond the arc, the Lady Cardinals failed to outscore the Lady Eagles in the second frame.

“We’ve got a lot of young kids out there a lot of the time,” Nanney said. “We know our decision-making isn’t always going to be great, but the kids played extremely hard. I thought defensivley we did a much better job in the second half when we started to put more pressure on them.”

Boys game canceled because of COVID-19

The second leg of the Graves County-Mayfield doubleheader was canceled Friday, as a positive COVID-19 test on the Marshall County boys junior varsity team restricted Graves from having enough players available against the Cardinals.

The Graves County junior varsity team played Marshall County on Thursday night and became aware of a positive test on their opponents’ team on Friday night.

No make-up date has yet been set for this game.