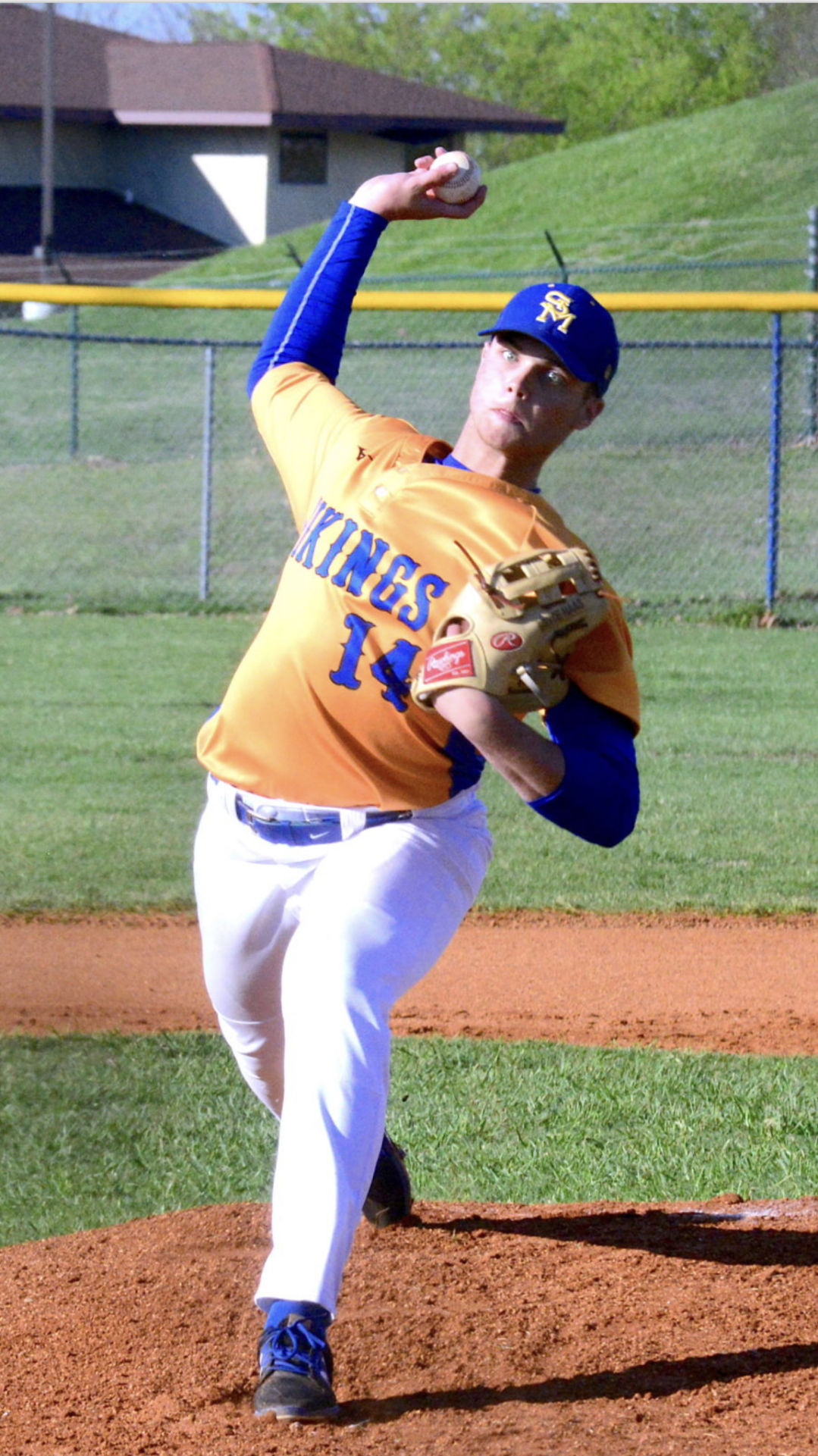 Bryce Haas, a junior at St. Mary, helped deliver a pair of calves on his family farm last week. 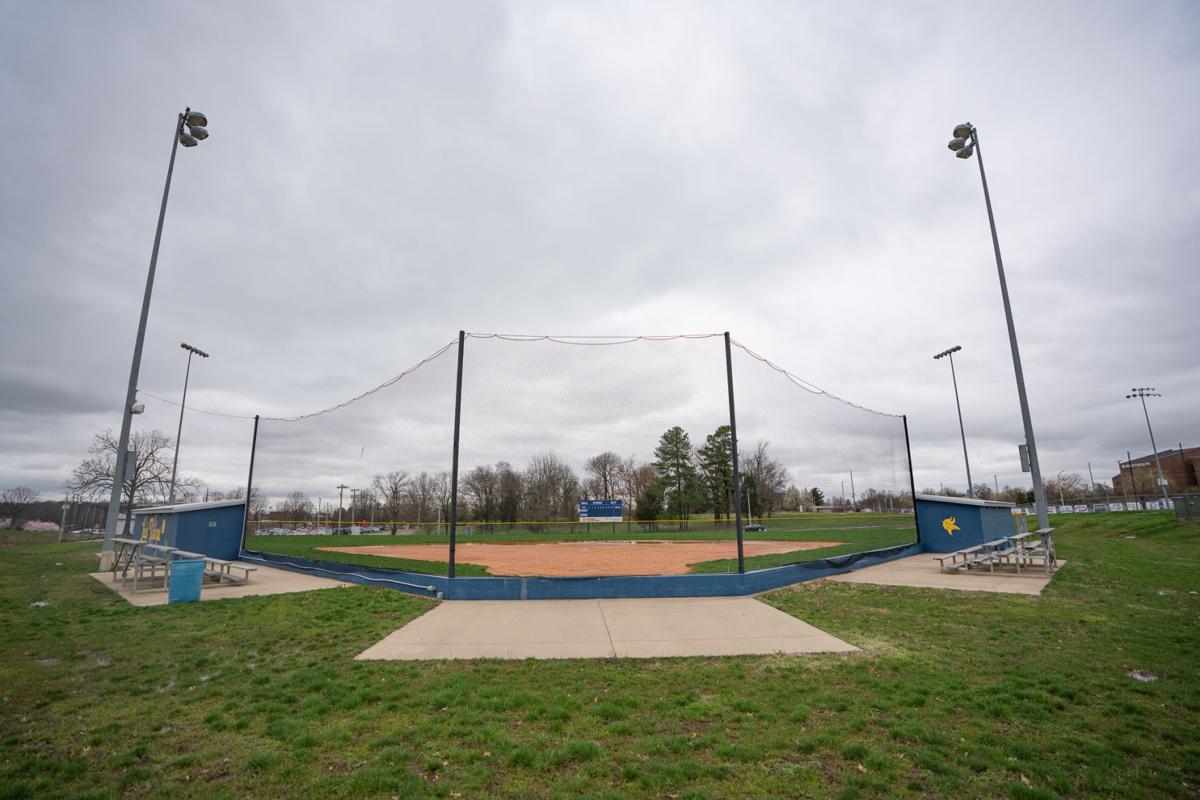 Haas Field, the home of St. Mary’s baseball team, remains empty while the Vikings and the rest of the state observes a mandated dead period, through at least early April, while the COVID-19 pandemic remains ongoing. 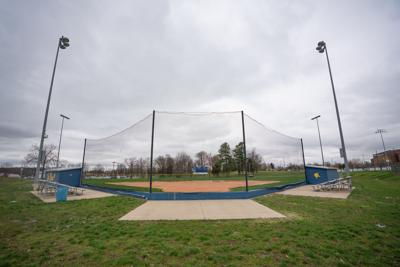 Bryce Haas, a junior at St. Mary, helped deliver a pair of calves on his family farm last week.

Haas Field, the home of St. Mary’s baseball team, remains empty while the Vikings and the rest of the state observes a mandated dead period, through at least early April, while the COVID-19 pandemic remains ongoing.

St. Mary junior Bryce Haas might have the best “what I did during the sports shutdown” story, so far.

The Vikings’ utilityman added another position, part-time vet, to his arsenal, after helping deliver a pair of calves on his family farm.

“He had the first one, but the second one we had to pull, and we had to get them nursing and the whole bit,” Bryce’s dad, St. Mary baseball coach Chris Haas, said Friday. “We’re a little bit of a throwback family, if you will. But, we enjoy it. It teaches the kids a lot of life lessons from how to work hard and reap the benefits of it, not worrying about the financial piece of it, at all, but the gratitude you have and the pride you have about a hard day’s work.”

And, how was the experience?

“It was interesting,” Bryce said. “I was actually in the barn working out when our assistant coach, Michael Terry, he came in the barn and he was like, ‘I need you to help feed (the animals).’

“So, I went with him feeding and that heifer was in the corner of the field and he (Terry) was like, ‘She’s going to have those calves in the next couple of hours.’ So, we were just waiting around and then dad showed up. It was definitely an experience. It was nuts.”

Not a bad day’s work for Bryce, who hit a team-high .348 with a home run, four doubles and 12 RBIs for the Vikings last season.

Bryce and his teammates, including his cousin, Drew Haas, who rejoined the club after a year of going to school in Florida, were looking forward to having, by now, three games under their belts, but the COVID-19 pandemic and its ripple effects have put an indefinite stop to athletics at every level.

“The majority of the team (eight players) was back from basketball and were, not so much, in baseball shape, but (in good) physical shape from conditioning, running-wise,” Bryce said. “We were ready to go. Coming off of basketball season, especially when Chase (Denson) took over (in January), we really kicked it into high gear. We got into great physical shape. We were all excited and ready for the change. It was a total shock when we found out we were put on hold.”

It was a challenge for Chris Haas, the St. Louis Cardinals’ 31st-overall pick in the 1995 Major League Baseball draft, to break the news to the team.

He said, though, they’ve responded well.

But, the circumstances have allowed the Haases — who with the Roofs are part of the country’s second-largest baseball family and the third-largest in the world — to spend time with each other, a rarity during the school year, with Bryce playing basketball in the winter, as well.

Besides Bryce, Chris and his wife, Beth, have two more sons. Brett turns 13 today, while Blake is 7.

“I’ll be honest. This slowdown, which is forcing us to put the brakes on, has actually allowed me time to work with my boys, more, one-on-one,” Chris Haas said. “That’s time that you always want to have, but with the rat race of life, you don’t always get to spend the time with your kids, teaching them the skills you learn as much as you’d like to. That’s given us the opportunity, the four of us, to go up to the barn.

“Brett’s getting to an age right now where he and Bryce are long-tossing together pretty equally. They’re able to hit together. They’re becoming brothers. Blake, the youngest, wants to keep up with the oldest, so it’s fun. It’s a family affair. That’s one of the big positives and takeaways for us, as a family.

“But, I miss the guys. It’s hard dealing with the unknown. I’m hoping there’ll be a different outcome or decision, but we want to make sure the health and the well-being of not only the St. Mary community, but the entire community is in the forefront of everybody’s thoughts.”

Seniors Johnston, Muiter hoping to get one last go

Billy Johnston, who is signed to continue playing baseball at Harding University, and Will Muiter, whose baseball career ends when the season does, are each hoping for one last shot at playing their top sports.

Johnston and Muiter are the Vikings’ only seniors.

“We kind of knew we were going to get the news, but it was a tough pill to swallow,” said Johnston, St. Mary’s ace, who was 3-3 with a 1.58 ERA, 43 strikeouts and 18 walks in 44 1/3 innings last season, to go with his .310 average, two home runs, three doubles and a team-high 20 RBIs in 24 games. “We knew we had to stick together, keep working on our own and get ready once that day comes, if it comes (for us to play). Everyone’s keeping a positive mentality and just saying, ‘Let’s get ready for April 12 (the end of the KHSAA’s imposed dead-period) and get working.’ ”

For Muiter, who hit .234 with a double and nine RBI last season, the last go-round was the chance to turn the corner in the batter’s box.

It was also an opportunity to prove some doubters wrong. A set of rankings was released online earlier this winter, putting the Vikings next-to-last in the First Region. Defending regional champion McCracken County, who lost in the state championship game last spring, was ranked No. 3.

“Our team was actually excited,” Muiter said. “We were playing with a chip on our shoulder. We were definitely a little mad about that. We knew we had to prove some people wrong this year. We really thought we were going to win (All ‘A’). We were ready to turn some heads.”