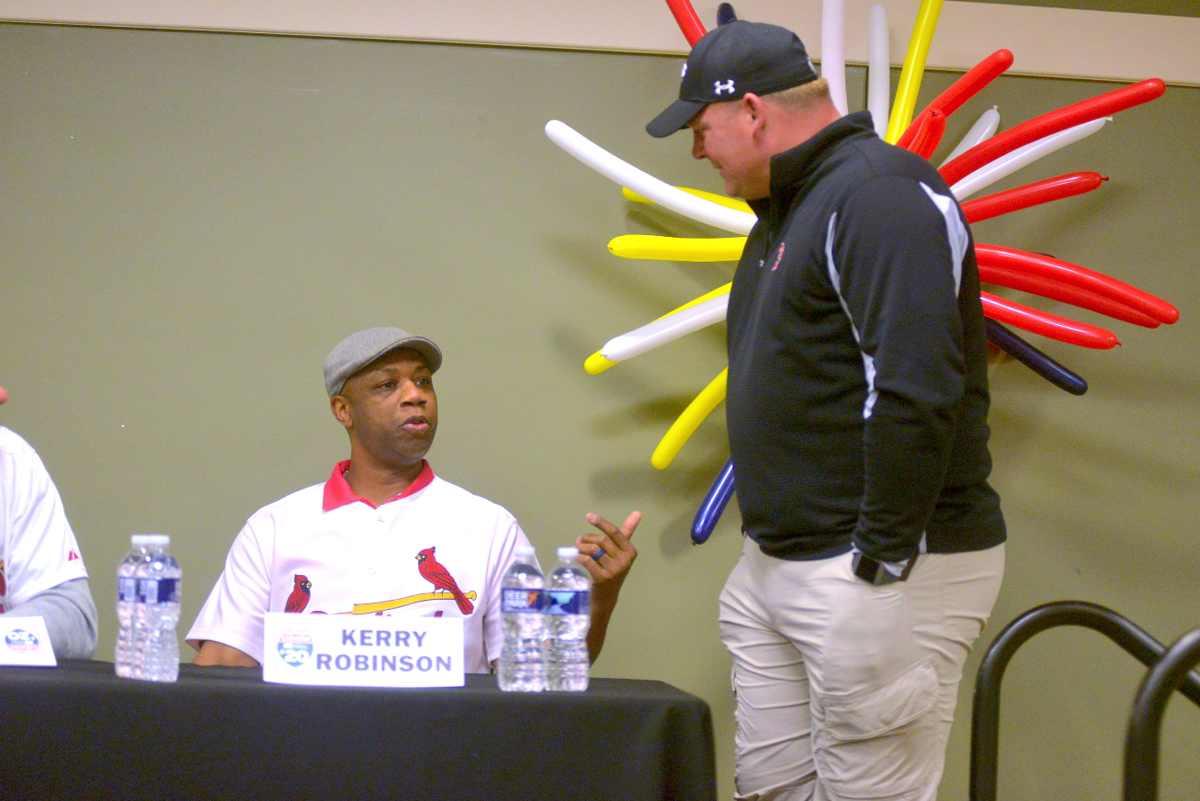 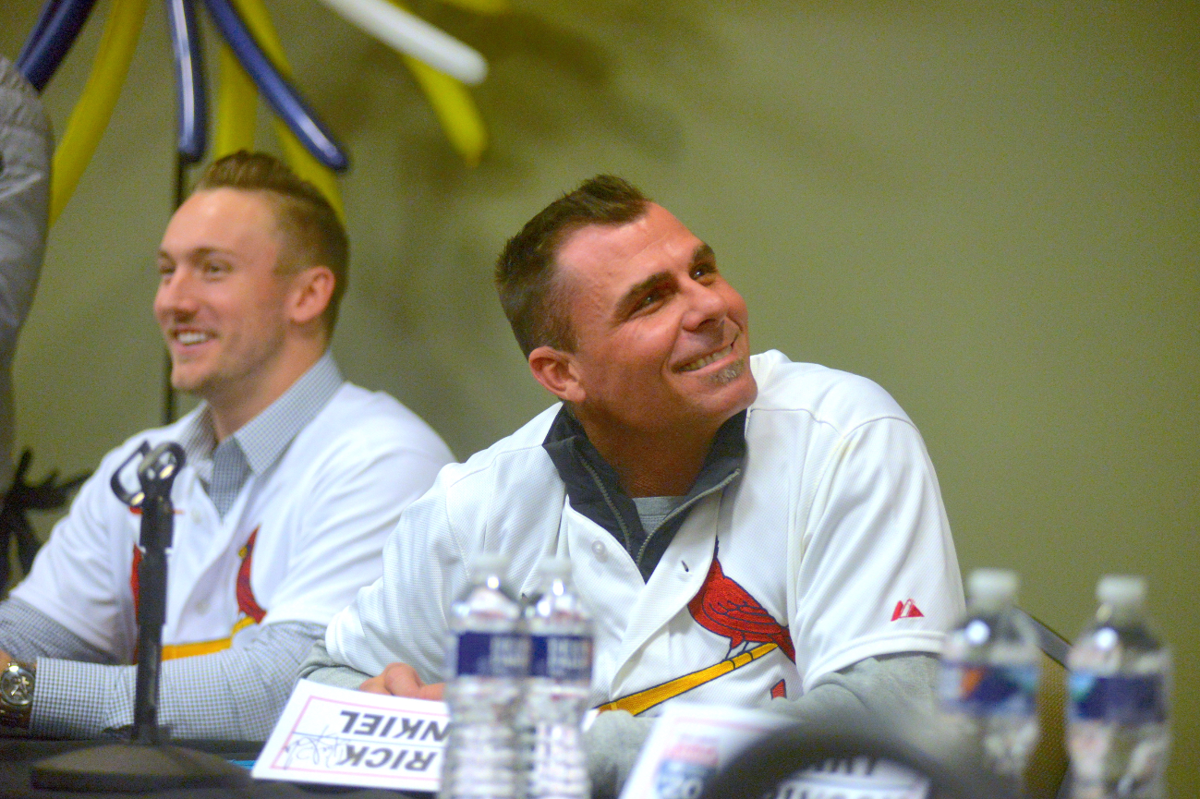 For those frustrated with Monday’s bitter cold, there are warm thoughts on the horizon. Baseball is near.

It’s become an annual tradition for major-league ballclubs to send delegations to different geographic parts of its fanbase.

So, the several hundred gathered at the Paducah-McCracken County Convention and Expo Center were treated to a glimpse at what the season might bring for the St. Louis Cardinals, whose Cardinals Caravan — the sixth such unit in the two-day tour, with stops in Evansville, Marion (Ill.) and Cape Girardeau — spent a couple of hours here, at the confluence of the Ohio and Tennessee Rivers.

“We’ve got a wide fanbase and it reaches out everywhere,” St. Louis left fielder Tyler O’Neill said. “It’s great to see that firsthand and be able to appreciate everybody who’s in the area.”

O’Neill was accompanied by right-handed pitchers Seth Elledge and prospect Ryan Helsley – the Cards’ No. 4-ranked prospect – as well as backup catcher Andrew Knizner, and former Cardinals Rick Ankiel and Kerry Robinson — both of whom were minor-league teammates of St. Mary baseball coach Chris Haas, himself a former Cardinals prospect.

Of the alumni, Ankiel’s career was, likely, the most memorable.

But, Ankiel didn’t finish his career as a hurler.

After Tommy John surgery in 2003, Ankiel pitched some, before he swapped positions, going from the mound to the outfield prior to the 2007 season.

His best season was that 2007 campaign — a year after the Cardinals won the World Series, beating the Detroit Tigers in five games – where he hit .285 in 172 at-bats.

Ankiel, 40, and now a member of the Cards’ broadcast team, admitted during the Q&A session, that he’d considered another comeback in 2018 after pitching in the Bluegrass World Series in Louisville. But, a pair of arm injuries — one requiring another Tommy John surgery — derailed that plan, permanently.

So, what’s the message — both for the Cards’ youngsters and those whose dreams include a career under the big lights?

“One thing I try to tell them is, I think sometimes when you’re in it (the majors), it feels stressful and hard, but just remember, don’t take the jersey off until they force you,” Ankiel said. “It seems like you feel like maybe you’re done, and then you get out there in the real world and you want to come back.”