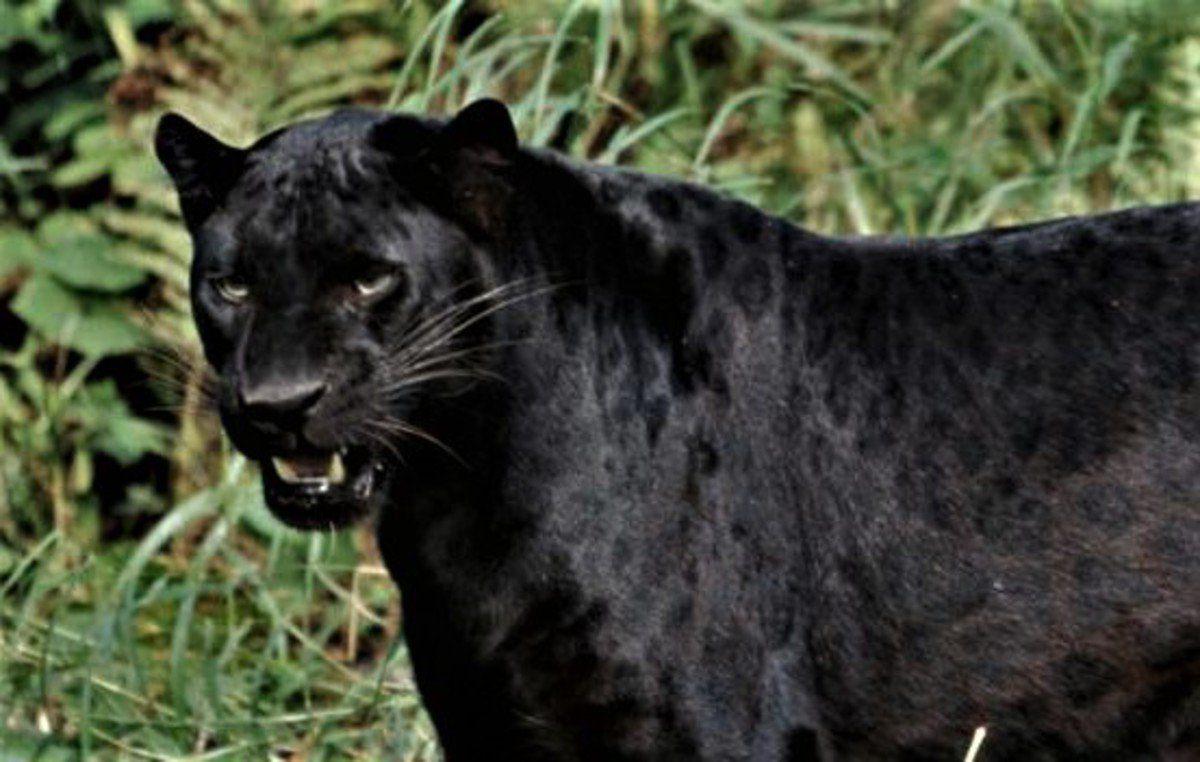 The term black panther is more realistically applied to the melanistic or black phase of African or Asian leopards -- but even most leopards are tawny yellow with black spots. 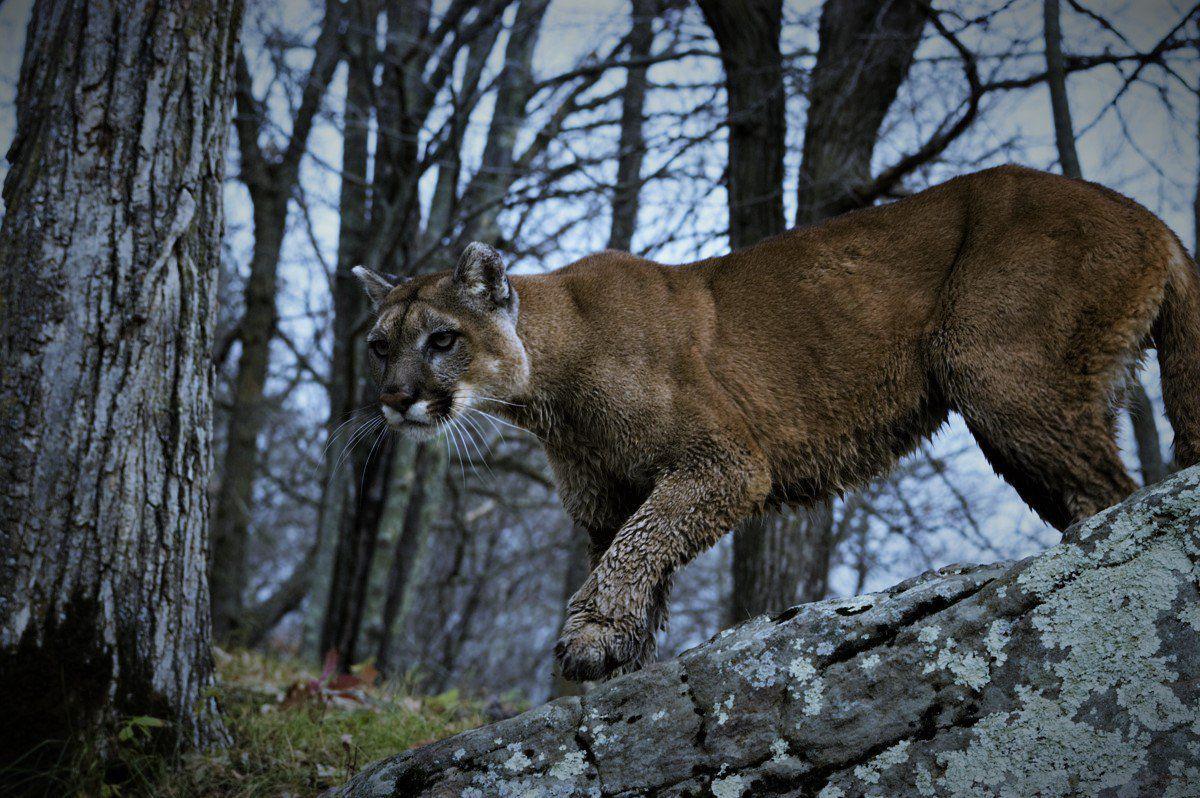 Chances are extremely slim, but it's remotely possible to encounter a mountain lion here in middle America (from extreme wandering or exotic cat release/escape) that could be perceived as black.

The term black panther is more realistically applied to the melanistic or black phase of African or Asian leopards -- but even most leopards are tawny yellow with black spots.

Chances are extremely slim, but it's remotely possible to encounter a mountain lion here in middle America (from extreme wandering or exotic cat release/escape) that could be perceived as black.

People around the region and across most of the nation for generations have been reporting the sightings of black panthers.

Observations of these creatures are legendary. They don't happen all the time, but let somebody open the topic, and the stories start coming out. Somebody's brother-in-law saw one and won't go back into a particular stand of bottomland woods. Somebody else saw one first-hand long ago. And on and on.

One problem with the reports is that we can't be quite sure what animal we're having reported. What is a black panther?

About all we can gather from reports is that it's a big cat, almost certainly a wild carnivore that happens to be black in color.

The logical character to fit that role is North America's native big cat, the mountain lion or cougar. It's also been called a panther, painter and catamount, and the surviving few of these cats that remain in the southern Florida Everglades are, indeed, officially labeled Florida panthers.

Mountain lion sighting reports open a whole different can of worms, although though these suggest another scenario. We know eastern mountain lions used to roam the eastern U.S., and we know western mountain lions still roam the West. We know that a few mountain lions have been officially documented here in the East, and when available for inspection, they have proven to be western cats.

We know that some young male cougars from western populations will sometimes take extreme roundabout travels seeking new territories. We also know some western cats in captivity may escape or be released irresponsibly and later appear in the East where they have no business being.

So, what is the reputed American black panther?

The documented big cat that is most associated the name black panther is the African or Asian leopard in a melanistic or black color phase. If you see one of these in good light, you can see the even-darker spots or rosettes beneath its overcoat of smoky black.

There's a photo of African origin, a trail camera shot of a melanistic leopard, that makes the rounds on Facebook social network every now and then. The cat's picture shows up with a fictitious caption alleging this is a trail camera shot from one American state or another - supposed proof black panthers do roam the U.S. There it is in the photo, right?

People see and share the photo and the lie, perpetuating and re-perpetuating the mythology. The last time I saw this shot, it was alleged to be in West Virginia.

It is possible that exotic African or Asian leopards could roam America.

So, if the black panther isn't a mountain lion or a melanistic leopard, is the American black panther a totally different species? Is it something that has always been here and continues to live out there, primarily with the mission of creeping us out?

I'm getting into opinion here, but the problem with embracing the black panther as a separate species is that not one has ever been documented - not historically, not in modern times.

If these black panthers have been seen so much, how come nobody never brought one back in the bed of a pickup truck? One argument here is that people have shot them before, but they won't report it for fear of being prosecuted.

"I know what I saw," has been stated multiple times in association with black panther sightings. Forgive the skepticism, but a scientific-based perspective suggests the contrary. While there are those that will fib about this, many sincere people will be beguiled by their own senses.

It won't be a purely black mountain lion, but seen in poor light, it can appear that way. And especially if one subscribes to the black panther mythology, yes, that's what I saw.

Wildlife managers say that they have dealt with many black panther photos and videos that, indeed, prove to be black cats, black house cats. Some of these images suggest animals to viewers that are much larger than the reality. Without a comparative perspective, a 14-pound tomcat becomes an 80-pound black panther.

Some observations are just poor views and active imaginations. One common big black cat sighting source is the Labrador retriever - big and black, but not nearly feline. Another critter that has provoked some panther sightings is the river otter - long-tailed and blackish when its fur is still wet, and the streamlined predator can pass for cat-like at a glance.

All this doesn't mean that you haven't seen or can't ever earnestly observe a real black panther out there. It's just more likely that a reported black panther is something else, at least until we can clearly document that there is such a thing.