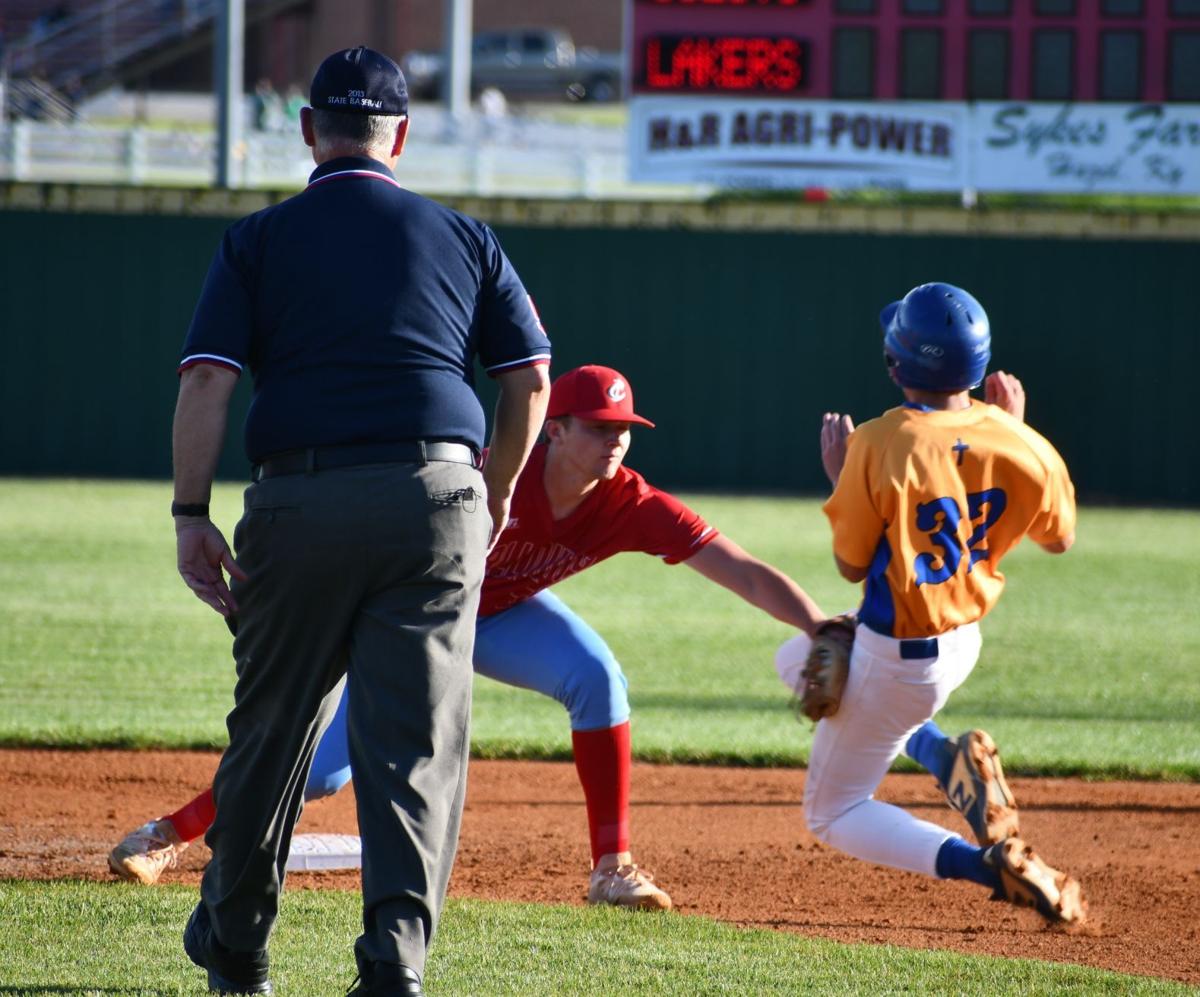 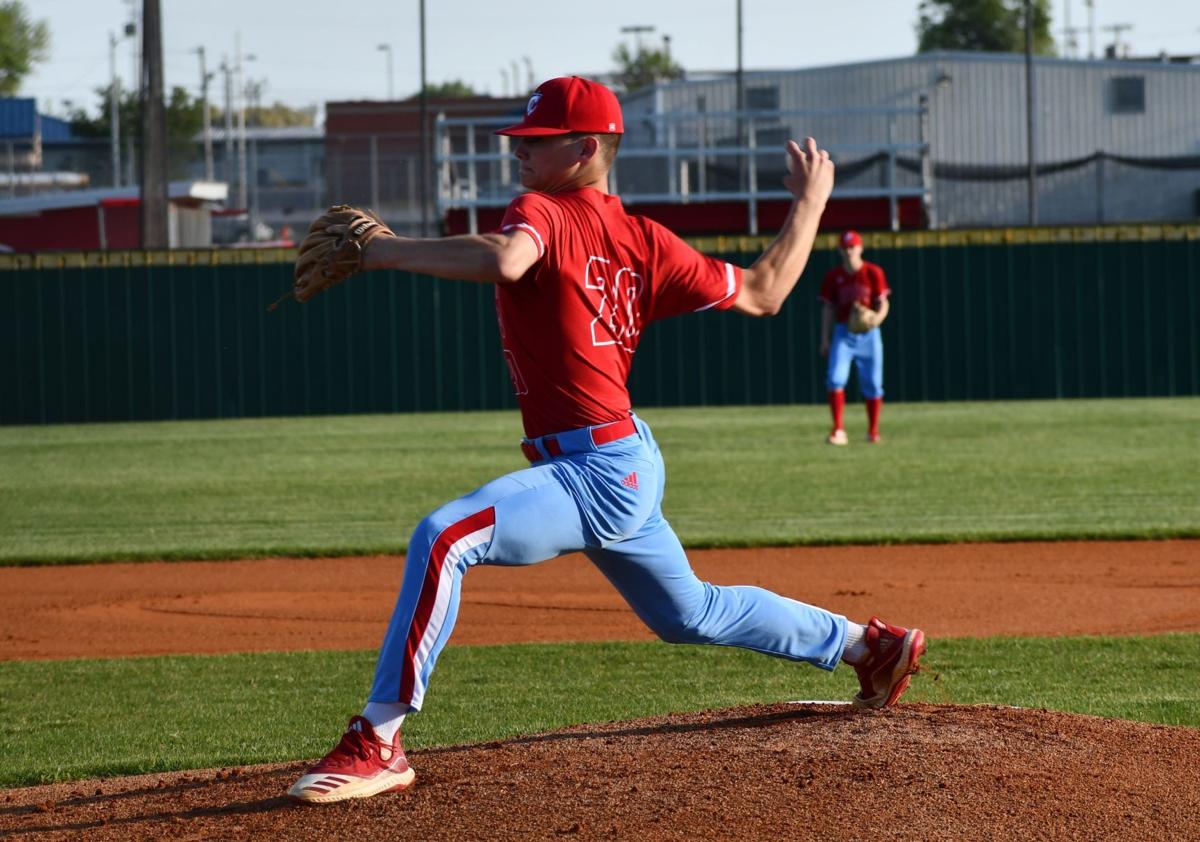 Calloway County’s Colby White winds up to pitch during Friday’s game against St. Mary. White and teammate Cadwell Turner combined to shut out the Vikings in a 5-0 victory.

Calloway County’s Colby White winds up to pitch during Friday’s game against St. Mary. White and teammate Cadwell Turner combined to shut out the Vikings in a 5-0 victory.

MURRAY — Solid pitching from the combination of Colby White and Cadwell Turner led the Calloway County baseball team to a 5-0 home win over St. Mary on Friday night.

Friday’s matchup was originally scheduled to be played at St. Mary, but Thursday’s heavy rain left the Vikings’ home field unsuitable to play on. So the game was moved to Calloway County, and the Lakers took full advantage of avoiding the road trip.

White got the pitching start for Calloway (10-6) and proved effective in limiting the Vikings’ offense. He threw 66 pitches over five innings and faced just three batters more than the minimum. The senior allowed four hits and one walk while striking out four before being relieved by Turner. Over two innings, Turner gave up one hit and struck out three to complete the shutout.

The Vikings’ five hits on the night were all singles — two from senior Parker MacCauley and one each from senior Colin Hrdlicka, junior Cade Fleming and freshman Landon Durbin — and they all came in separate innings.

MacCauley got the pitching start for the Vikings and gave up three straight hits to lead off the bottom of the first inning. Junior Braden Pingel and Turner hit back-to-back singles, and Pingel scored on an error. Senior Isaac Ward followed with an RBI double that scored Turner. White added an RBI groundout to put the Lakers up 3-0.

Calloway scored its final two runs of the game in the fourth inning. Junior Matthew Ray led off with an infield single and later scored on a wild pitch, and Pingel, who reached base on a bunt single, came home when White reached courtesy of a Viking error.

Senior Michael Lurtz relieved MacCauley in the fifth inning and ceded no additional runs while giving up two hits and two walks and striking out one. But the Vikings’ offense just couldn’t get anything going to threaten any sort of comeback.