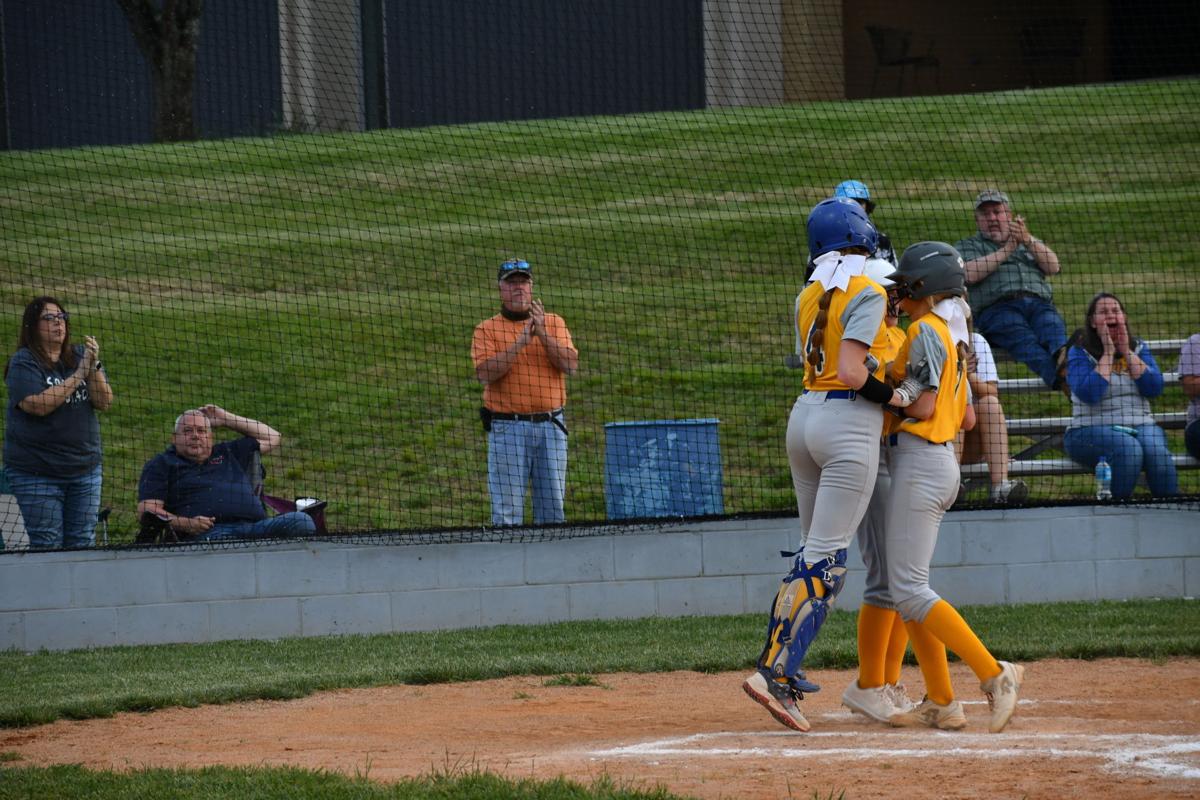 St. Mary’s Kaitlynn Burrus is greeted by Anistyn Thomas and Kendall Shaw after hitting a two-run homer over the center field fence. Burrus went on to earn the 3-2 victory against Paducah Tilghman. 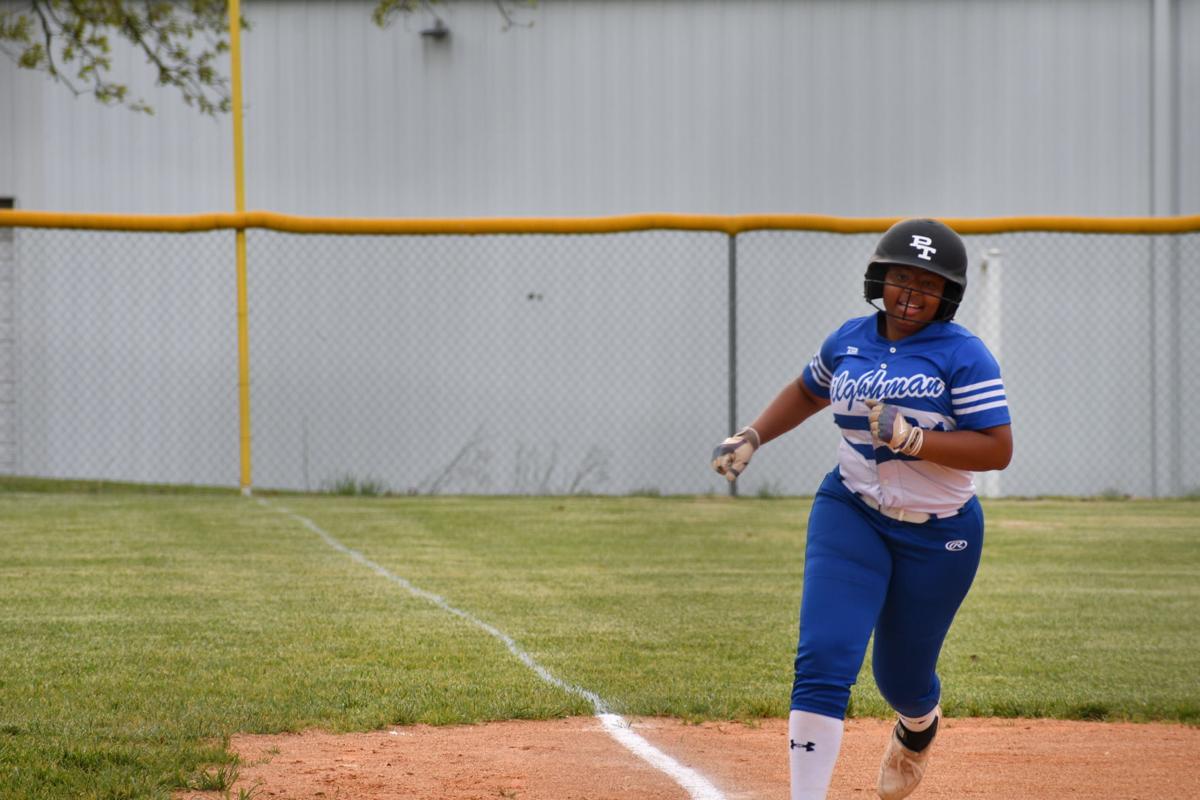 St. Mary’s Kaitlynn Burrus is greeted by Anistyn Thomas and Kendall Shaw after hitting a two-run homer over the center field fence. Burrus went on to earn the 3-2 victory against Paducah Tilghman.

Before the matchup between Paducah Tilghman and St. Mary, the Lady Vikings had not won a game against the Lady Tornado since May 12, 2015. On Tuesday night, the six-year losing streak ended with a 3-2 victory.

“It’s one of those things where I’ve told them that if we believe and come out here with a winning mindset, we can do good things,” St. Mary head coach Zane Smithson said. “We came out and Kaitlynn (Burrus) pitched a heck of a game.”

The sophomore hurler has led her team to seven victories this season. She went seven innings, allowing only two runs on four hits and struck out 16.

“We had those clutch hits to score the runs and Kaitlynn with the two-run homer,” Smithson said. “We did what we needed to do to win the game.”

In addition to her successful night in the pitching circle, Burrus hit a two-run shot over the center field fence in the bottom of the fifth inning, scoring Kendall Shaw and gaining the lead.

Despite Paducah Tilghman’s Cristin Ware hitting a lead-off home run in the first inning, Burrus kept the Lady Tornado offense at bay in her appearance.

Tilghman would go on to score their second run in the top of the fifth, gaining the lead 2-1 on Serenity McCoy’s bunt. McCoy’s bunt allowed courtesy-runner Myiesha Smith to score.