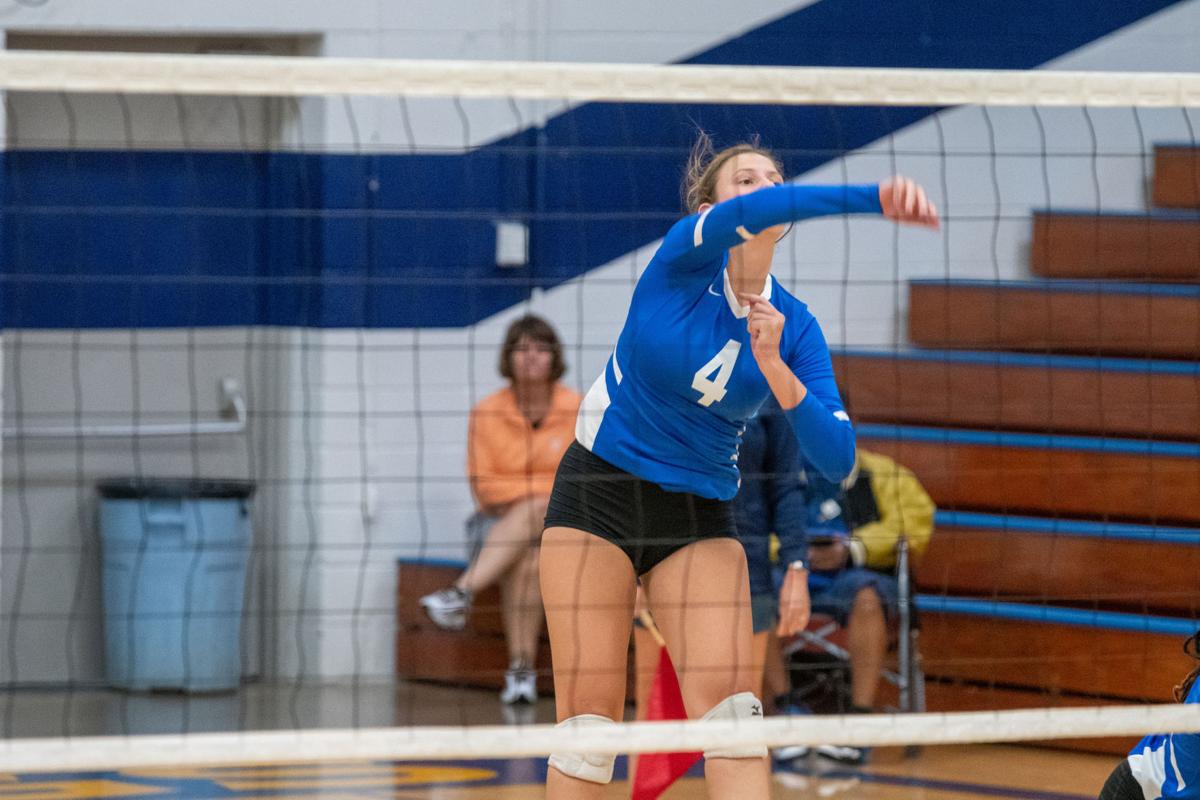 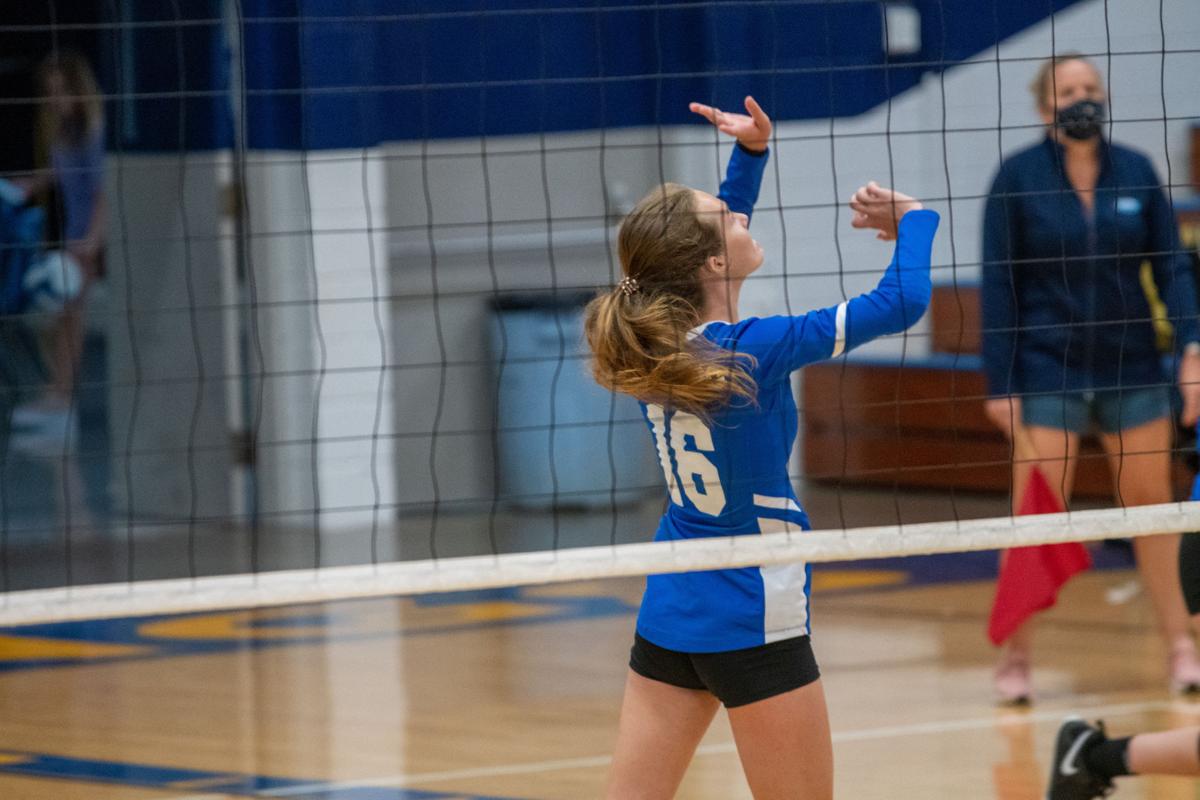 The Paducah Tilghman High School Lady Blue Tornado has been without their standard varsity roster for multiple matches, and on Tuesday night, the team returned to play with 97% of the team back.

“We finally have 97-% of our team back, and in that first set, it showed,” Paducah Tilghman head coach Maggie Prewitt told The Sun. “I plugged in girls during the second and third sets.”

The Lady Blue Tornado (6-5) quickly took a dominating lead against St. Mary, who called a timeout in the first set at the 10-2 mark. After the teams returned to the floor, PTHS continued to push their impressive lead to 19-2 before the Lady Vikings (3-5) scored their third point of the set.

“With our team back, we have some potential,” Prewitt said. “We have to play together and continue to work on the little things.”

The two teams kept it close in the second set until Paducah Tilghman went on a run, pushing it to 19-9. Despite being down, the young Lady Vikings continued to fight with determination.

The third set was another story with St. Mary taking full advantage of Paducah Tilghman’s moments of weakness. With the help of seventh-grader Lana Flint, seniors Nayelli McDowell, and Annalise Vandry, the Lady Vikings tied it at 16-16 and later 17-17.

Although the third set was in reach for St. Mary, Tilghman’s Lexi Roof, Emily Shumaker, Jaaliyah Biggers, and Jayda Reed did not back down. The Lady Blue Tornado kept their opponent close until the end, sweeping with a final 25-22.