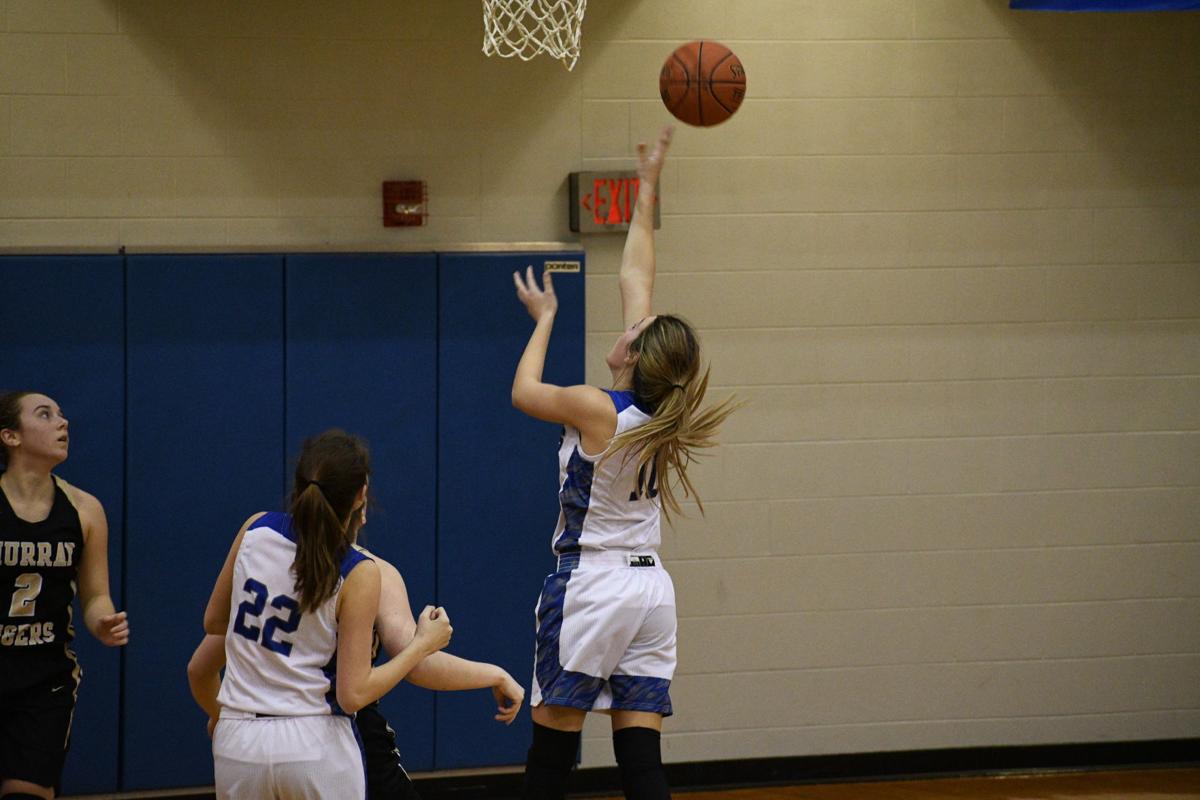 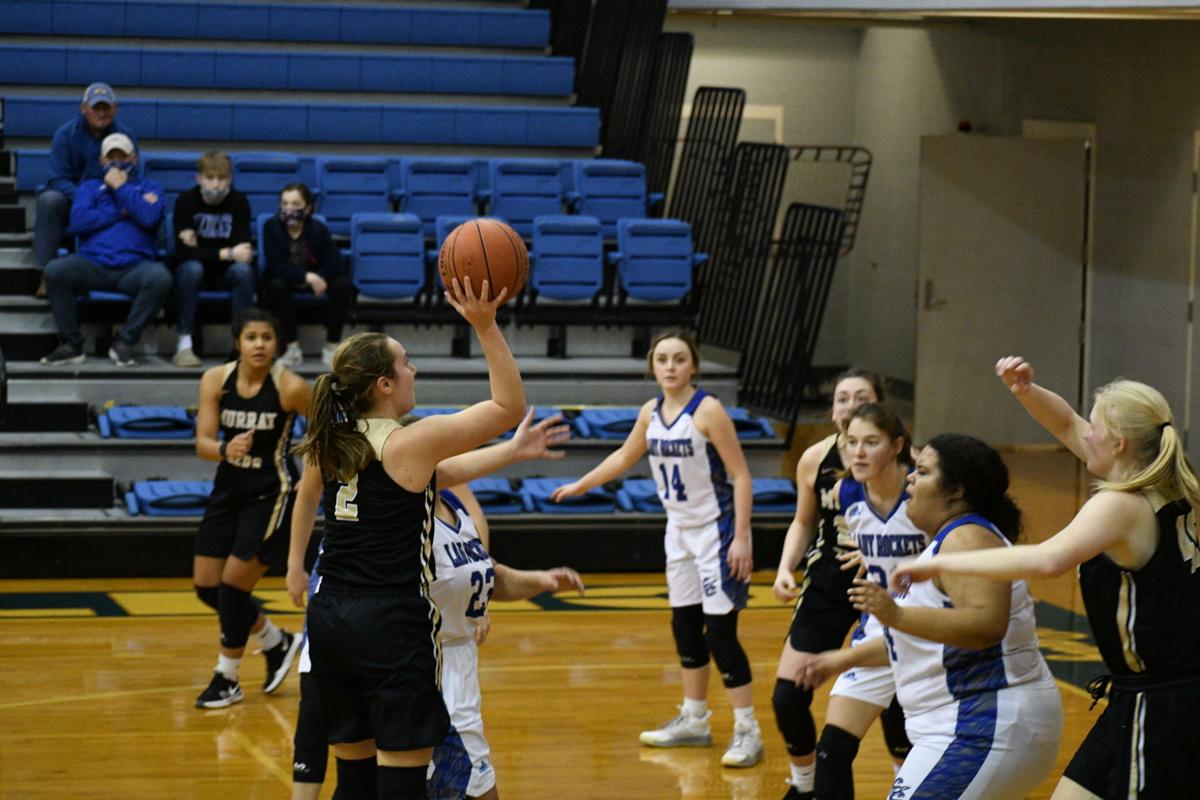 Senior Makenzie Turley with a midrange shot in the second half against Crittenden County.

Senior Makenzie Turley with a midrange shot in the second half against Crittenden County.

A big first half and stout defense gave the Crittenden County Lady Rockets the 64-53 victory over the Murray High Lady Tigers on Monday night.

The Lady Rockets came out and took the offense to the Murray Lady Tigers in the first half.

Crittenden County played lights out defense in the first 16 minutes and made every shot for Murray difficult.

Nahla Woodward was a force to be reckoned with down in the low post in the first half — she had 15 points and shut down Murray’s Alyssa Daughrity.

“I knew I had to meet her up the line and stop her and not let them get lobs over me and just shut her down and I think I did that,” Woodward said.

The transition game for the Lady Rockets was the main factor in the first half and helped them keep the double-digit lead throughout the half.

Murray in the second quarter was able to get the game down to six points, thanks to a 6-0 run.

Murray in the third roared back and found the offensive rhythm they were missing in the first half.

Going into the final eight minutes the Lady Rockets lead had been trimmed to 47-40.

“We had to just stick with our plan,” Coach Shannon Hodge said. “We just had to run our stuff.”

The Lady Rockets were able to hold their lead in the final eight minutes to get the victory.