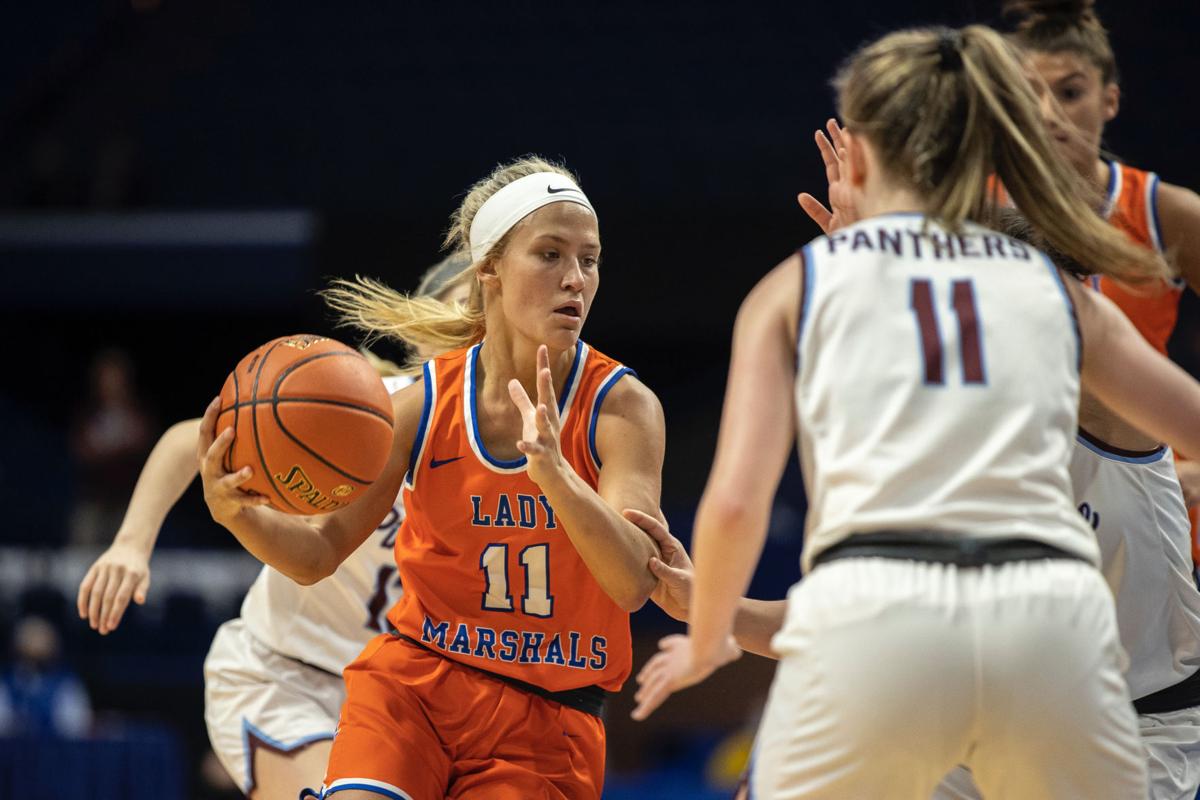 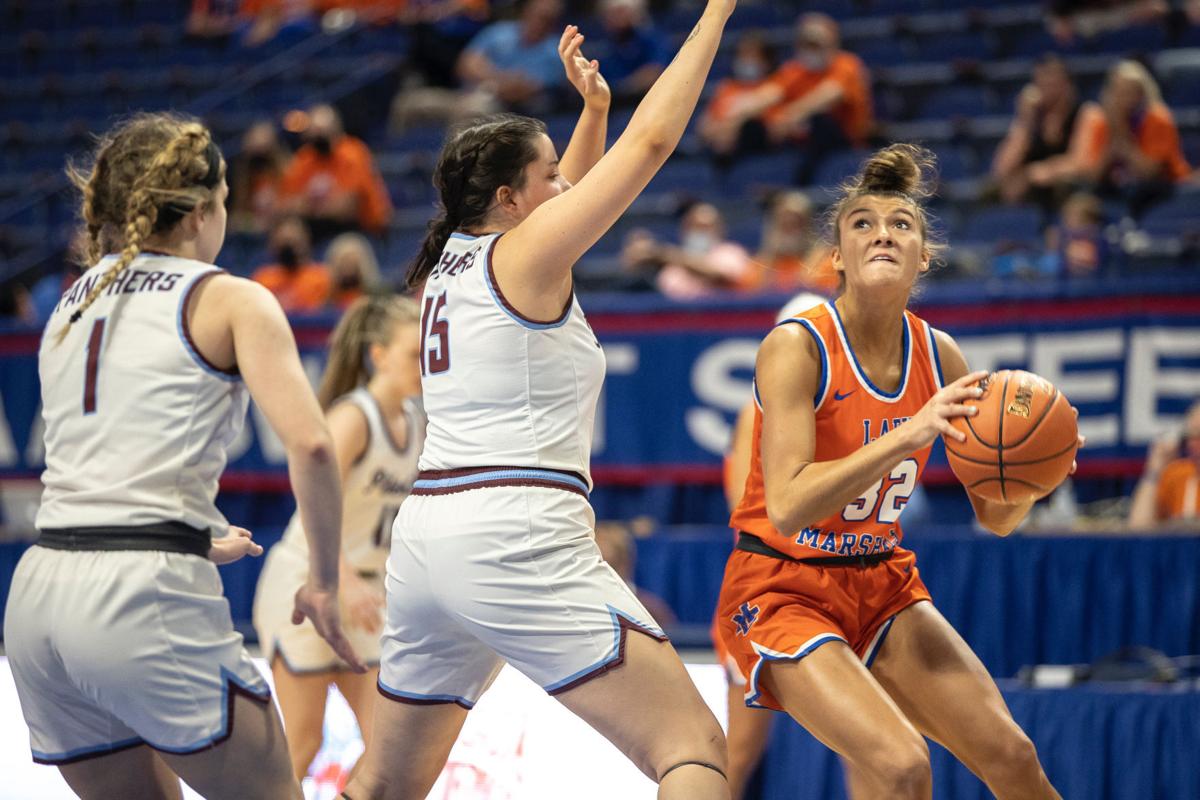 LEXINGTON — It took a year for Marshall County to finally hit the court at Rupp Arena and Thursday they made the most of it in the opening round of the Kentucky High School Athletic Association Girls Sweet 16 tournament, defeating Pikeville by a 56-52 score.

But the Lady Panthers made them work for it.

Touting a physical game plan with rugged inside players and feisty guard play, Pikeville led only a few times in the first quarter — the last time with under a minute to go by a 12-10 margin — before Marshall County went on a 13-0 run into the second quarter and never relinquished the lead.

But it wouldn’t be fair to say the Lady Marshals “never looked back,” because they likely felt the Lady Panthers’ breath on their necks numerous times throughout the contest.

“Give them a lot of credit,” Marshall County coach Aaron Beth said of the 15th Region winners. “They fought hard. We didn’t play our best in the second half. I just told my team it doesn’t matter at this point how you advance, just play well.”

Senior Cayson Conner led the Lady Marshals with 22 points in the win, going 5-of-18 from the field and 12-of-15 at the free throw line.

Beth had previously noted the unselfishness of his team and Conner, in particular. Thursday, she took the lion’s share of the scoring chances and bore the brunt of the Lady Panthers’ physicality when driving to the basket or even bringing the ball up the court, like in the second quarter when she took a shove in the back from a Pikeville player.

After hitting the court hard, Conner got up, calmly stepped to the line and made her two shots for a 33-24 lead.

Free throws were a huge part of Marshall’s win with 34 trips to the line compared to Pikeville’s eight. The Lady Panthers were flagged with 23 personal fouls including one technical on their bench.

Freshman Trinity Rowe helped key a second-half rally with a layup to get the Lady Panthers within 35-30 with just over two minutes gone in the third quarter and within 40-35 late in the frame off junior Emma Ratliff’s drive and score.

Pikeville (25-6), which was making its third straight trip to the Sweet 16, kept fighting and cut Marshall County’s margin to four three times in the fourth period alone, but each time were rebuffed by the Lady Marshals, who weathered the final 4:05 without a shot from the field.

Defensively, it marked the most points Marshall (23-2) had given up since a 56-50 win over Bardstown two months ago. Rowe, Pikeville’s leading scorer, tallied 18 points off a 7-of-12 performance from the field and 3-for-4 on 3-pointers. Kenzie Maynard, another double-digit scorer, earned her 12 points, though Kristin Whited, who averages 10 a game, was held to just six.

Jada Driver delivered 12 points in the win with her 3-for-6 outing from 3-point range, that included two huge bombs early in the contest.

After a midcourt steal by Layne Pea late in the first quarter and dish to Conner for a layup-and-one to break a 12-12 tie, a Halle Langhi rebound made its way to Driver racing down the right side. She heaved the ball just over the half court stripe for the bucket with a tick on the scoreboard and an 18-12 lead.

She repeated her performance 44 seconds into the second frame and capped her day with another trey midway into the fourth.

Langhi and Sophie Galloway maintained a low-post presence in the midst of Pikeville’s banging with their athleticism. Langhi delivered eight points to Galloway’s four, though they grabbed eight boards each. Marshall County was edged by the Lady Panthers in that category, 30-29.

“Watching film is a lot different than in the game with the adrenaline,” she said. “I think we were ready for the game and that’s what pushed us through it.”

The First Region champions will now face Bethlehem in a rematch of Marshall County’s season opener on Jan. 8. The 26-4 Banshees, winners from the Fifth Region, took that game, 67-60, and advanced to the quarterfinal with a 70-65 win Thursday over Bullitt East.