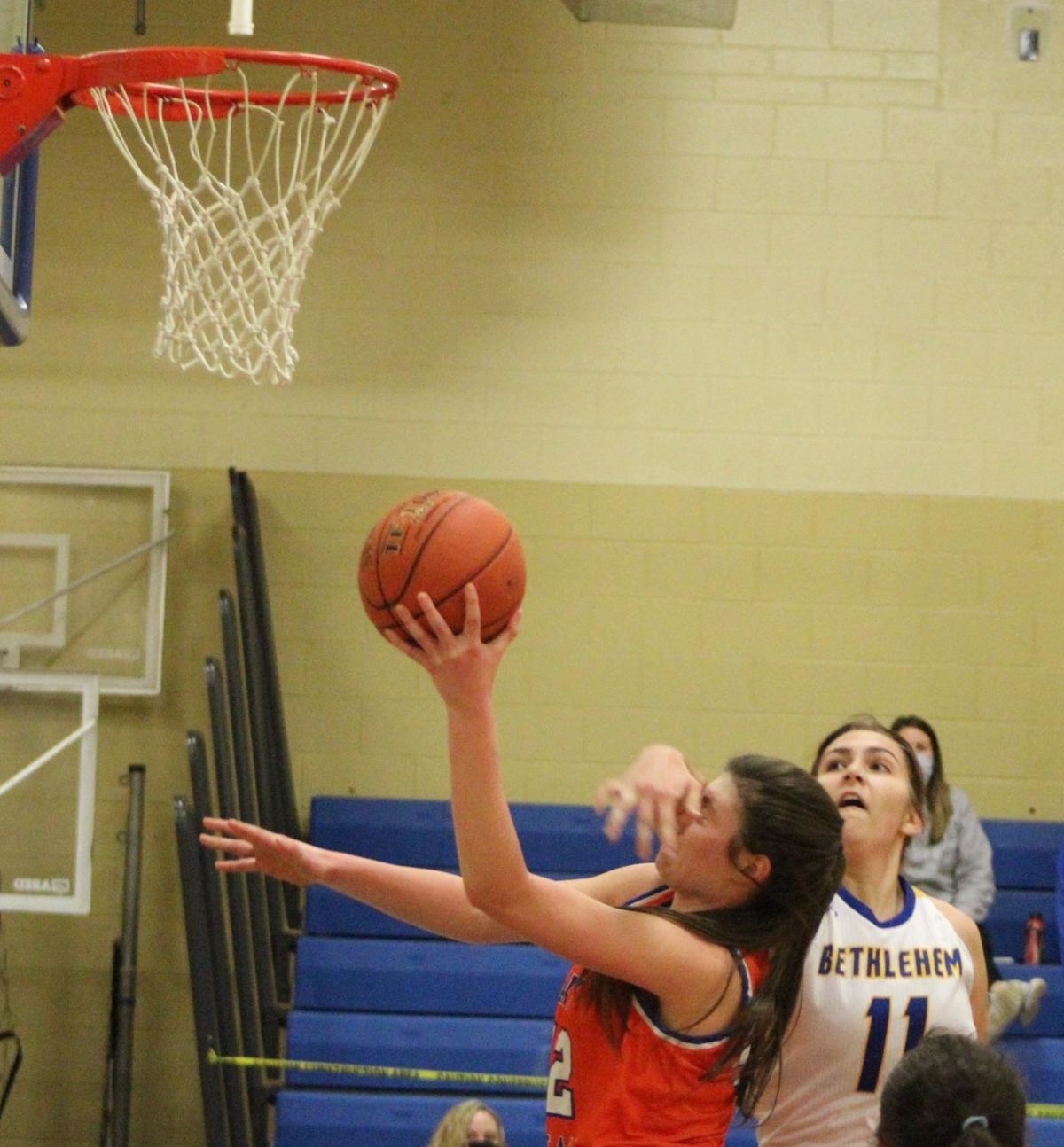 Marshall County’s Halle Langhi gets swiped across her face as she goes for a layup by Bethlehem’s Ella Thompson Friday in the Lady Marshals’ opening loss, 67-60, at Bardstown. Langhi and Thompson led all scorers with 23 points each. 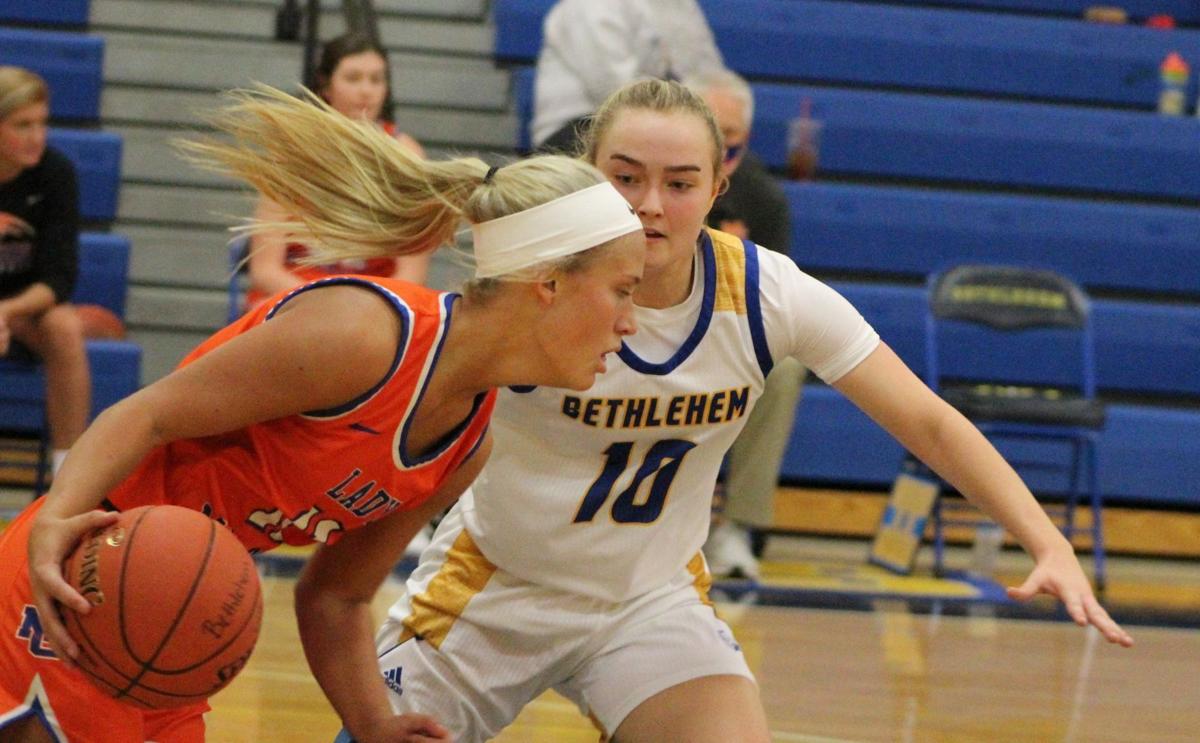 Marshall County’s Cayson Conner streaks past Bethlehem’s Amelia Hodges (10) to get the ball up court Friday in the Lady Marshals’ season opener. The defending First Region champs fell to the Banshees, 67-60.

Marshall County’s Halle Langhi gets swiped across her face as she goes for a layup by Bethlehem’s Ella Thompson Friday in the Lady Marshals’ opening loss, 67-60, at Bardstown. Langhi and Thompson led all scorers with 23 points each.

Marshall County’s Cayson Conner streaks past Bethlehem’s Amelia Hodges (10) to get the ball up court Friday in the Lady Marshals’ season opener. The defending First Region champs fell to the Banshees, 67-60.

BARDSTOWN — Success isn’t handed out. It comes from tests and trials, enduring ups and downs and persevering.

Marshall County’s girls basketball team opened its season Friday with the intent purpose of repeating as First Region champions and getting back to the KHSAA Sweet 16. But the Lady Marshals also know that accomplishment won’t just happen without taking these tests.

While their first assignment was against Fifth Region favorite Bethlehem and resulted in a 67-60 loss, it was still one that Lady Marshals coach Aaron Beth said would be one they can learn from.

“It was a great test. That’s why we made the schedule the way we made it,” he said, referring to their first four games — all on the road — with Bowling Green up today, followed by Webster County on Monday and Fourth District rival Calloway County.

“I love the fact we have a quick turnaround,” Beth added. “Three games in four days, all on the road, but this will prepare us for what we want to do in March.”

Marshall County opened with a 6-0 lead before the Banshees were able to get their first run of the afternoon to lead 20-13 to start the second quarter. The Lady Marshals (0-1) again pieced together an 8-0 run with the literal centerpiece being Halle Langhi.

Langhi, the 6-foot-2 junior, controlled the low post to score all of those points and helped re-establish Marshall’s offense. Finishing with 23 points to share top scorer honors, Langhi scored all but three of the Lady Marshals’ 16 points in the second frame to trail Bethlehem by a slim 30-29 margin.

The third quarter was when the Banshees (3-0) were able to get some elbow room, mainly to four of their six 3-pointers to lead by as much as 15, including 54-39 heading into the fourth period and then 60-43 with 5:16 left to play.

“If we just rebound and don’t give their point guard (Amelia Hodges) wide open threes to start the second half, we’re right there,” Beth said.

A trey from Layne Pea and two more by Jayda Driver — including her final one at the buzzer — were part of a 17-7 run by Marshall County that closed the gap to the final tally.

“To be able to come in here for our first game … I was proud of how we handled their pressure early,” Beth said, “but really proud of how we got down and battled back. We didn’t stop playing.”

Ella Thompson led her team with 23 points, and Amelia Hodges tallied 20 more for the Banshees.

Driver finished with 14 points and Cayson Conner — who covered nearly every inch of Bethlehem’s court on defense and finding a way to score — added 12 by shooting 50% from the floor.