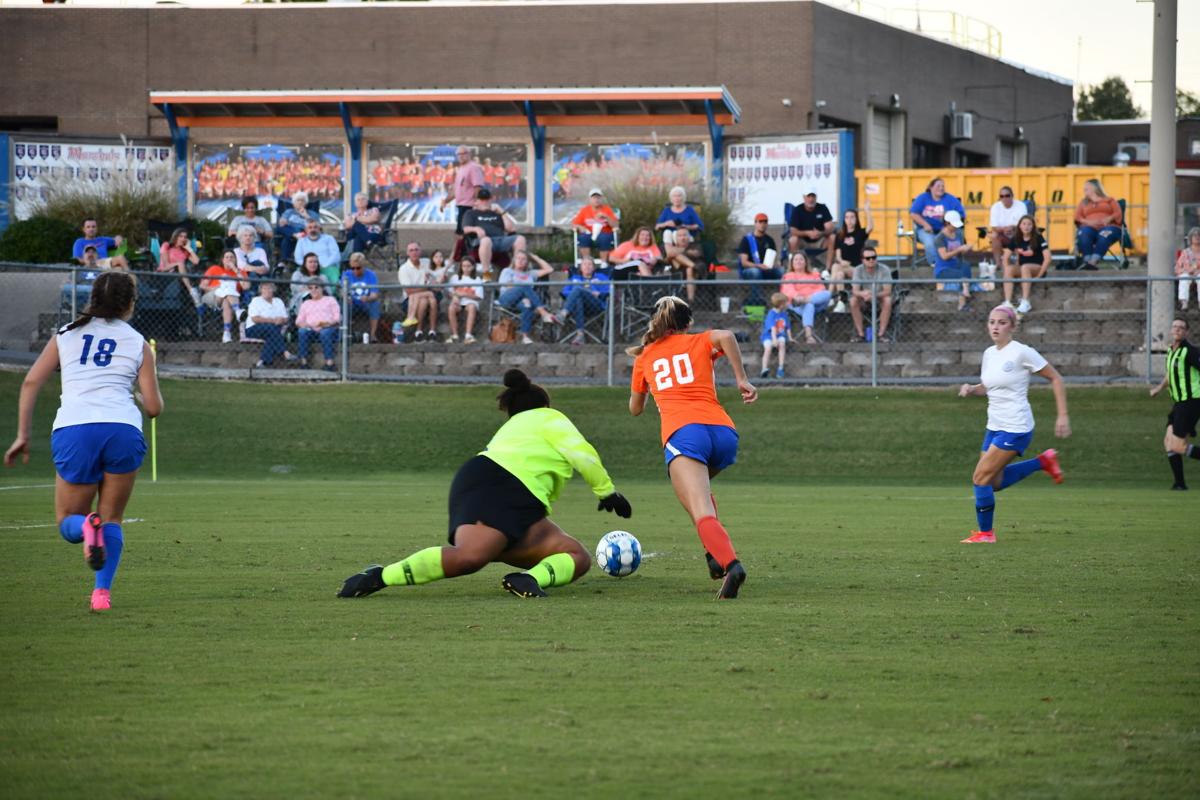 Zoe Maxlow pushes past the Tilghman defense to score Marshall County’s fifth goal of the night in their 7-0 Region One semifinal win. 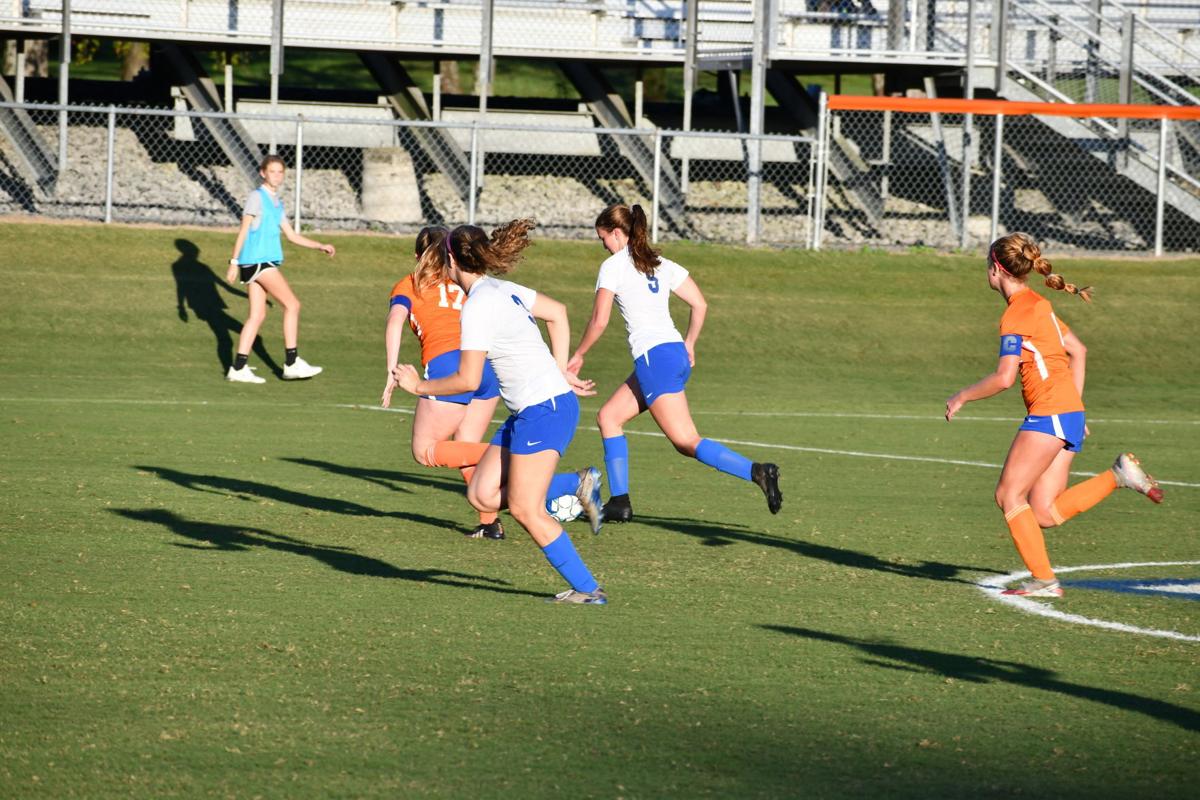 Paducah Tilghman’s Kiersa Atnip fights her way downfield in an attempt to score for the Lady Blue Tornado.

Zoe Maxlow pushes past the Tilghman defense to score Marshall County’s fifth goal of the night in their 7-0 Region One semifinal win.

Paducah Tilghman’s Kiersa Atnip fights her way downfield in an attempt to score for the Lady Blue Tornado.

Soccer season is coming to a close, but not without first the Lady Marshals of Marshall County and Lady Blue Tornado of Paducah Tilghman, battling it out for a spot in the Region One Championship game. The semi-final game between the two teams took place Tuesday night and ended in a 7-0 Lady Marshal victory, adding an exclamation on an impressive season.

In what was inevitably going to be a high tempo and physical game, the Lady Marshals struck first with a goal from junior forward Kelsey Crass. This spiked some momentum within the ladies in orange to keep on the attack but not without some resistance from the defense.

Tilghman found their offensive attack in Kiersa Atnip who turned the jets on several times as she sprinted down the field looking to score for her team. Unfortunately for the Blue Tornado, they would come up empty handed after the hard effort and soon found themselves down 2-0.

The second Marshall County goal came courtesy of junior forward Kallen Fuller with 10 minutes left in the first half.

She snuck the ball into a crowded goal box, keeping the ball low as the defense expected it high.

Crass would add another goal under her belt with under four minutes left in the half and the Lady Marshals would head into the break with a 3-0 cushion over their opponents.

Two goals in the same minute is an impressive move and the Lady Marshals did just that to open up the second half of play.

With just under two minutes into the half Fuller added her second goal of the night followed by teammate Zoe Maxlow with a goal of her own. Just like that Marshall County found themselves up 5-0 with plenty of time left on the clock.

A penalty kick just six minutes later gave Hope Howard the opportunity to score as she scanned her options and sent the ball over the Lady Tornado wall and out of reach of Tilghman’s goalkeeper.

This gave the Lady Marshals a 6-0 lead, but with 31 minutes of soccer to play, the visitors turned the intensity up yet again.

In the end Marshall County would get one more point on the board thanks to Katelynn Ringstaff and that would be their ticket to the Region One Championship.

Their opponent for the championship game was to be decided directly after their game in the match between the McCracken County Lady Mustangs (9-7-2) and Graves County Lady Eagles (14-5-1).

The championship game will take place at Marshall County on Thursday, Oct. 14 at 6 p.m.