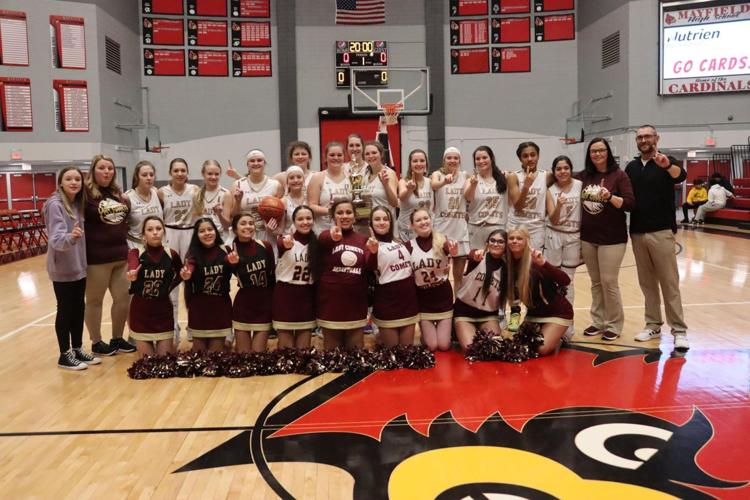 The Lady Comets gather to celebrate winning the program’s first All “A” Classic Championship title on Saturday when they beat Christian Fellowship 64-42. 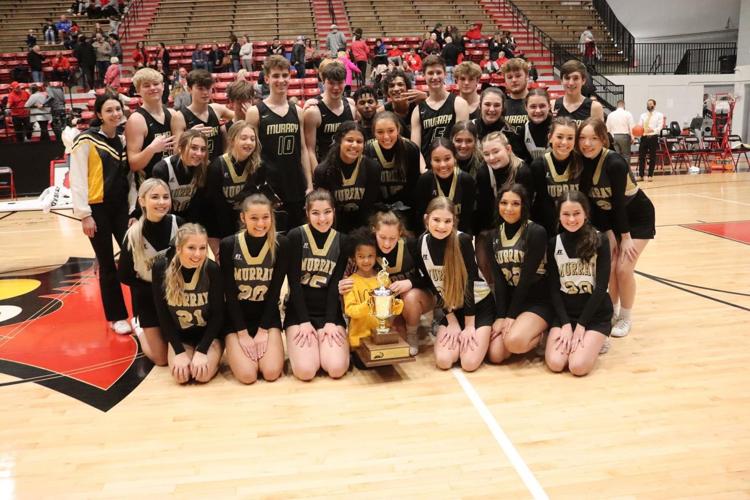 The Lady Comets gather to celebrate winning the program’s first All “A” Classic Championship title on Saturday when they beat Christian Fellowship 64-42.

History was made on Saturday afternoon at Mayfield High School.

CFS held strong through one quarter of play, using four first quarter points from sophomore guard Gracie Howard to cut its deficit to 11-8 heading into the second.

Junior guard Jayden Jackson and Howard each added four points in the second quarter as Carlisle County began to create separation, taking a 26-20 lead at the break thanks to 10 first-half points from Whitaker.

Whitaker, along with senior guard Maddison Wright, refused to let things get close in the second half.

The Lady Comets outscored CFS 20-7 in the third frame to open up a 19-point lead with one quarter to play.

Eight fourth-quarter points from Whitaker and 22 total free throws awarded to, Carlisle County proved to be the difference down the stretch as the Lady Comets captured their first First Region All “A” championship in program history.

Whitaker led all scorers with 22 points while Wright added 12 and junior forward Alexis Jones finished with 10.

“(This has) been unreal,” Wright said. “I was a little emotional even before the game started. I told the girls before the season started, “somebody is going to be number one, and we’ve gotta work hard to get that number one seed, when you’re No. 1, good things happen.”

Wright went on to add her team did not take being the top seed lightly and she was happy to see their hard work pay off.

“Every game was a fight, it wasn’t “hey, we’re the one seed, we’re the best, we’re going to walk right through it” like it’s been in the past. So I am proud of the effort. 17 years we’ve been at it. This was Carlisle’s fourth year ever playing in the championship. I was a sophomore as a Lady Comet our very first year and I’ve coached in three since. Hopefully we can build, keep growing and maybe get another one someday.”

The Tigers received scoring from a host of players against the Cardinals, finishing the day with four players in double figures as junior guard Grant Whitaker added 13 points and sophomore forwards Zavion Carman and Lincoln English finished with 12 and 10 points respectively.

In addition to his 13 points, Whitaker contributed on the board and in the passing game, tallying six assists and three rebounds.

The Tigers now sit at 14-2 overall while the Cardinals drop to 8-3.