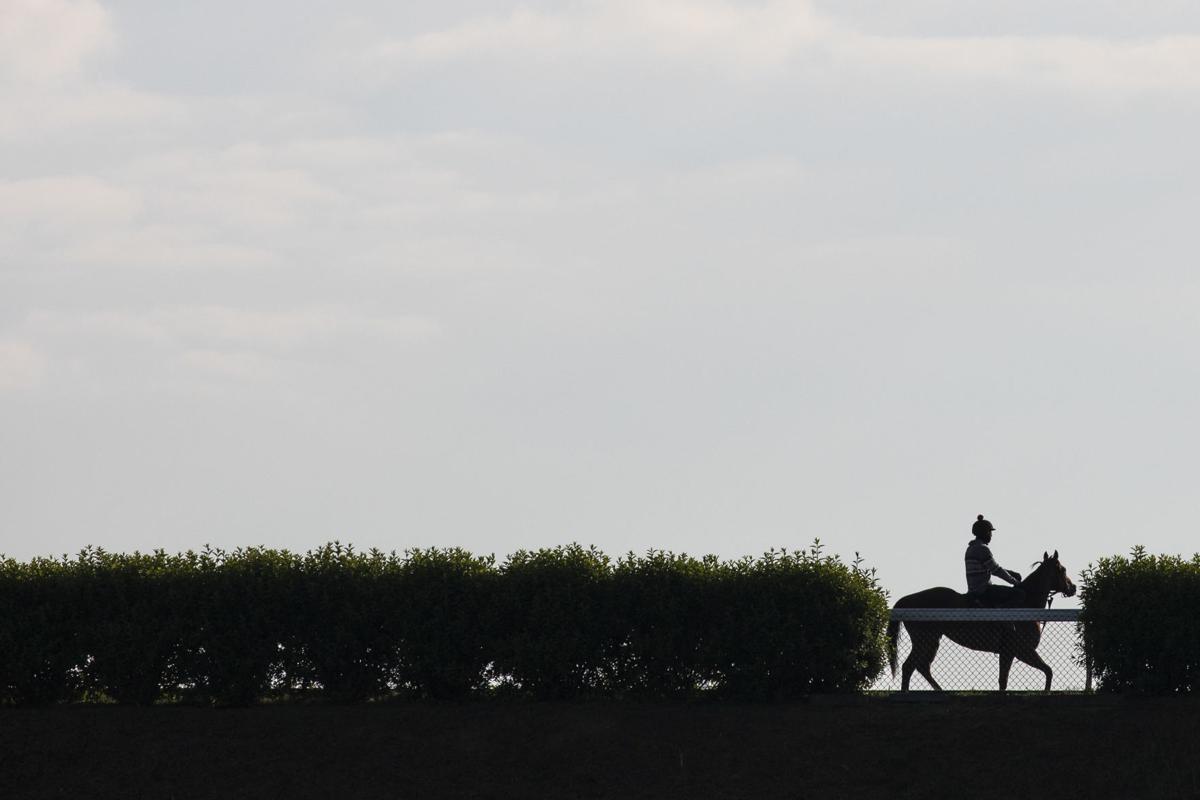 A horse and rider walk in the main track at Keeneland Race Course on Versailles Road on May 14, 2019. On Monday, Keeneland officials canceled the entire schedule of the 2020 spring meet, amid strong recommendations regarding the containment of COVID-19. 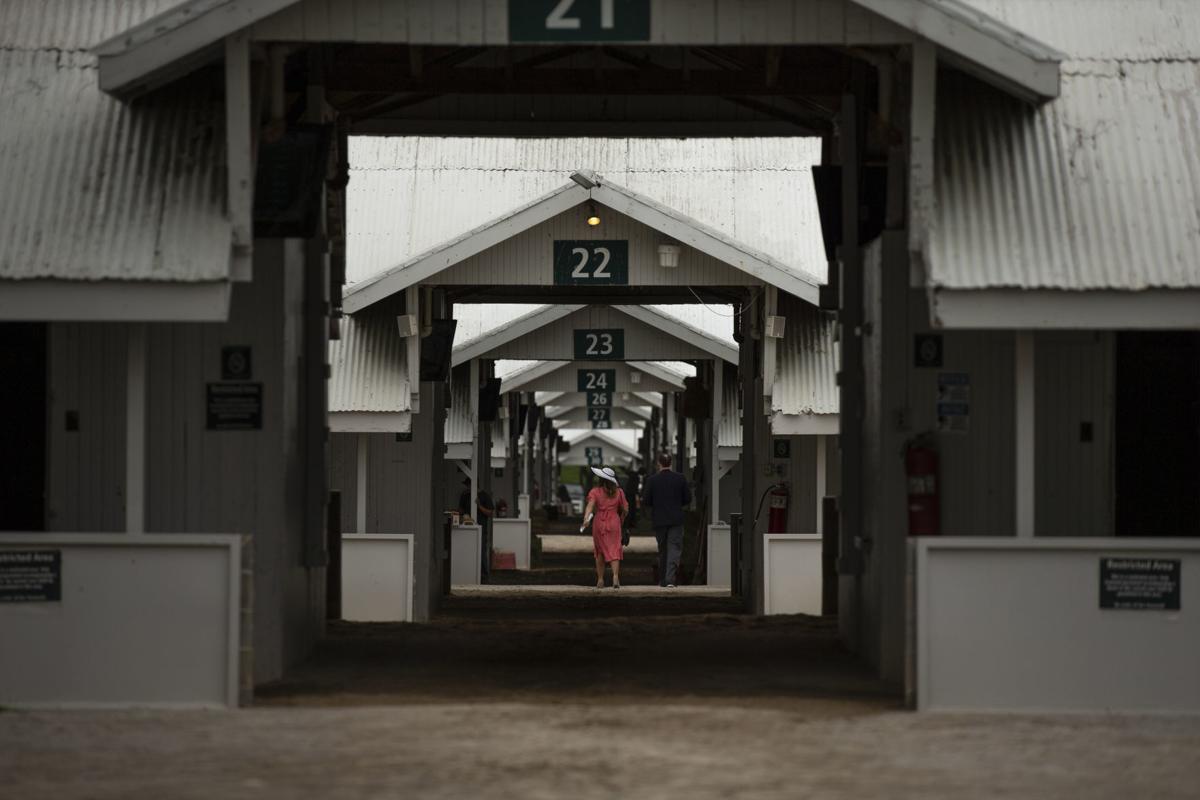 Fatima Leach and Cody Bostic, coworkers from Indianapolis, Ind., walk through the barns at Keeneland on Thursday, April 25, 2019. The barns will remain empty this spring, with the 2020 early meet canceled due to coronavirus concerns.

A horse and rider walk in the main track at Keeneland Race Course on Versailles Road on May 14, 2019. On Monday, Keeneland officials canceled the entire schedule of the 2020 spring meet, amid strong recommendations regarding the containment of COVID-19.

Fatima Leach and Cody Bostic, coworkers from Indianapolis, Ind., walk through the barns at Keeneland on Thursday, April 25, 2019. The barns will remain empty this spring, with the 2020 early meet canceled due to coronavirus concerns.

No tailgating, no bread pudding and no racing: Keeneland on Monday canceled its entire 2020 spring racing meet, following guidance issued Sunday by the CDC to avoid large gatherings for eight weeks.

The last time the Lexington track did not hold a racing meet was during World War II. From 1943-1945, Keeneland was deemed a “suburban” plant and placed in the classification of tracks that were asked not to operate because of shortages of rubber. Keeneland leased the Churchill Downs facilities to hold its three spring meets during these years. No fall meets were held.

The track last week said it would hold the first two weeks of racing without fans, as Oaklawn and Turfway did over the weekend.

News is expected today about the Kentucky Derby, which is traditionally the first Saturday in May, Gov. Andy Beshear said earlier Monday.

“Keeneland’s Spring Meet is a rite and tradition that touches every aspect of Central Kentucky and beyond, and the decision to cancel racing is agonizing for our staff, our many loyal fans and our horsemen,” said Keeneland President and CEO Bill Thomason in the release.

“During the past several weeks, we have exhausted all avenues for safely conducting our Spring Meet,” Thomason said. “Since the beginning of this pandemic, we have diligently worked with local, state and national partners in health and government to ensure our actions are the most responsible we can take. We all find ourselves in uncharted territory, but nothing is more important to Keeneland than protecting the health and safety of our athletes, stable employees, horsemen, patrons, track employees and the community at large,” he said.

“During this time, we all need to take care of each other,” Thomason said. “In light of the cancellation of our Spring Meet, Keeneland will focus its attention and energy on identifying ways in which we can offer support and aid to the Central Kentucky community and horse industry. We look forward to a time when all of our communities can come together once again to celebrate racing at Keeneland.”

Patrons who purchased tickets for the Spring Meet will automatically be issued a full refund. Patrons will receive an email notification confirming the refund. Credit card purchases will be refunded to the card used for purchase. Refunds should be received within a few days of the confirmation email, though patrons may experience a slight delay due to the high volume.

Keeneland also said it will keep its stabling area open but no more horses will be allowed to ship in.

“The track will work with those who are caring for the horses to provide the necessary protocols and guidance to create the safest environment possible,” Keeneland said. Keeneland recommends that all horsemen not currently at Keeneland remain in place at the tracks and training facilities at which they are currently stabled.

The track is closed to non-essential personnel; authorized owners, trainers, stable workers and veterinarians must pass temperature checks to be allowed on the grounds.

Keeneland previously announced the cancellation of its April Two-Year-Olds in Training and Horses of Racing Age Sale, which was scheduled for Tuesday, April 7.