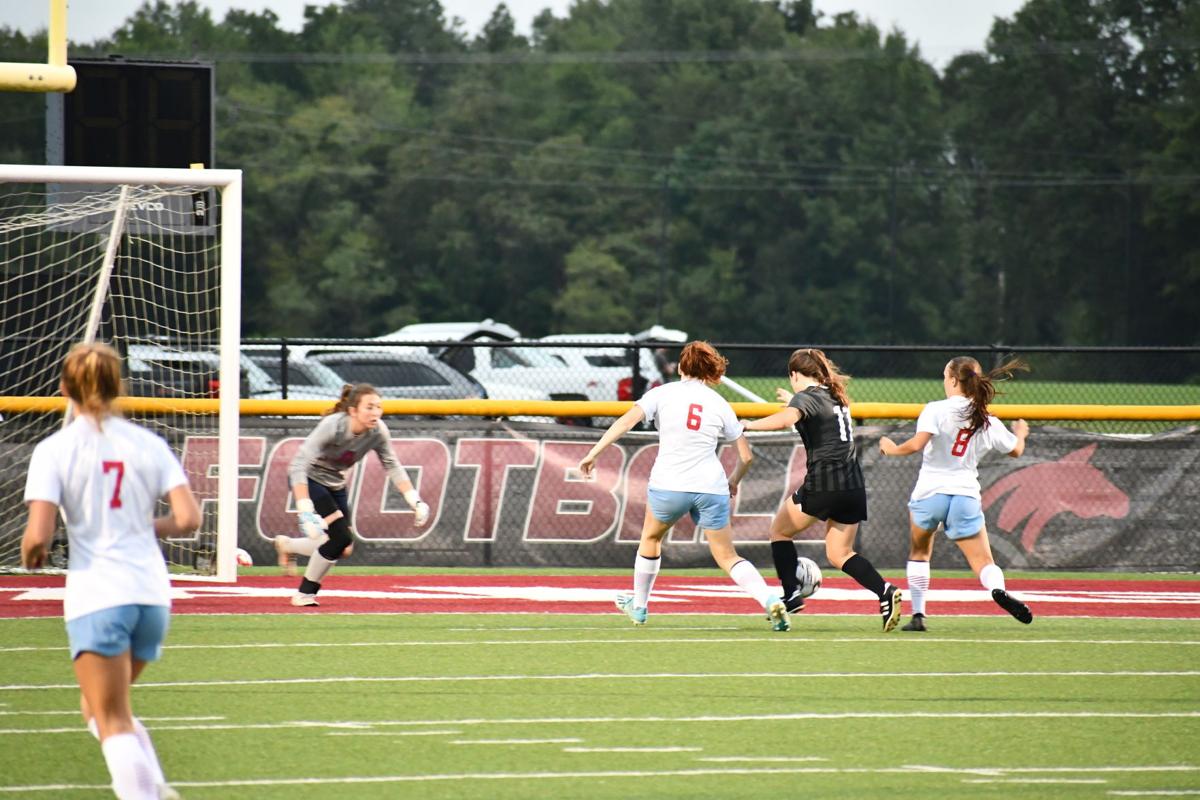 Early in the match against Calloway, senior Hillary Hollowell beat two defenders and the goalkeeper to claim the first goal of the night for McCracken. 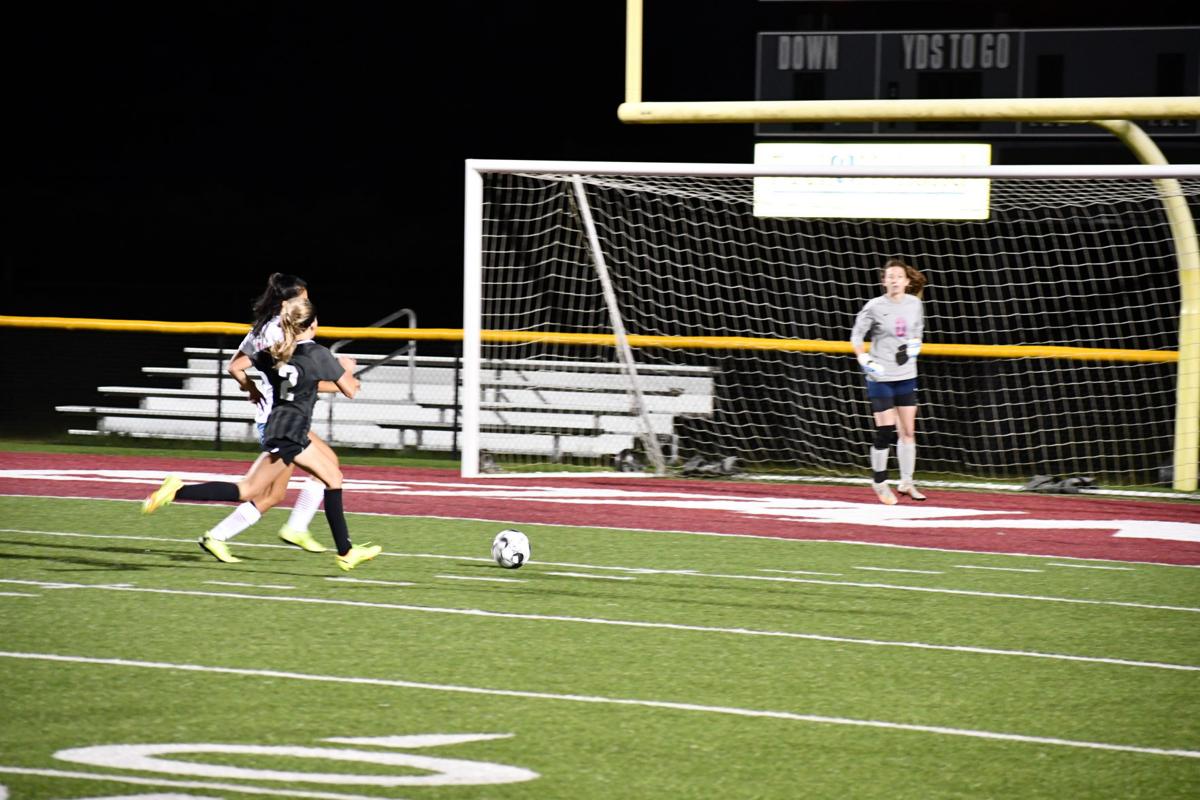 McCracken freshman Ashlyn Blackwell runs stride-in-stride with her defender looking for a shot on goal.

Early in the match against Calloway, senior Hillary Hollowell beat two defenders and the goalkeeper to claim the first goal of the night for McCracken.

McCracken freshman Ashlyn Blackwell runs stride-in-stride with her defender looking for a shot on goal.

After having a game be cancelled against Paducah Tilghman due to COVID-19, the McCracken County Lady Mustangs took to the field to face off against Calloway County on Tuesday, Sept. 21. The 4-2 decision give the Lady Mustangs a 5-4-2 record on the season and the momentum heading into a rescheduled Tilghman match on Thursday night.

No time was wasted on the Lady Mustangs end of things as senior Hillary Hollowell scored with less than two minutes off the clock. It didn’t take long for the Lady Lakers to react and get themselves on the board thanks to a goal by freshman Josey McManus.

“We didn’t want to lose any momentum going into Thursdays game against Tilghman since that’s a big game for the one seed,” said McCracken head coach Michael Lane. “Our speed of play has been kind of slow and that’s one thing we really wanted to work on especially playing on turf tonight and I thought we did that pretty well.

The remainder of the half would stay quiet with neither team finding the net again. If wasn’t until the whistle was about to sound when the dreaded injury occurred that nobody wants to see. A Calloway player took a hard hit to what appeared to be her knee and had to be carted off the field.

It was once again Hollowell who took initiative and claimed the early goal off a penalty kick just five minutes into the half. Just 10 minutes later another goal came for the Lady Mustangs off a misplaced kick on the Colloway possession that slipped past their own goalkeeper, giving McCracken the 3-1 advantage.

“Last four games we’ve scored a goal early then we just get in that lull and that rhythm, but I think we played a complete game for the first time in a while,” said Lane.

The night wasn’t over for the Mustangs, and it most certainly wasn’t over for Hollowell who knocked one more in, giving her team the 4-1 cushion and adding yet another hat trick under her belt. She now has four hat tricks on the season and 17 goals total.

Some substitutions were made on the McCracken side as the clock ran to under five minutes left in regulation. The Lady Lakers saw an opening and brought up the tempo, keeping the ball where the wanted it the rest of the way. Senior Avery Poston sent one past the McCracken keeper and cutting the deficit to two points, 4-2. That would be it for Calloway as they continued to fight but never found the back of the net again.

The Lady Mustangs will meet the Lady Tornado across town in the rescheduled game from last week this upcoming Thursday, Sept. 23 before participating in the Lady Donley Classic on Saturday at Madisonville North Hopkins. Calloway, now 8-9 will host Marshall County as one of their remaining three games of the season.