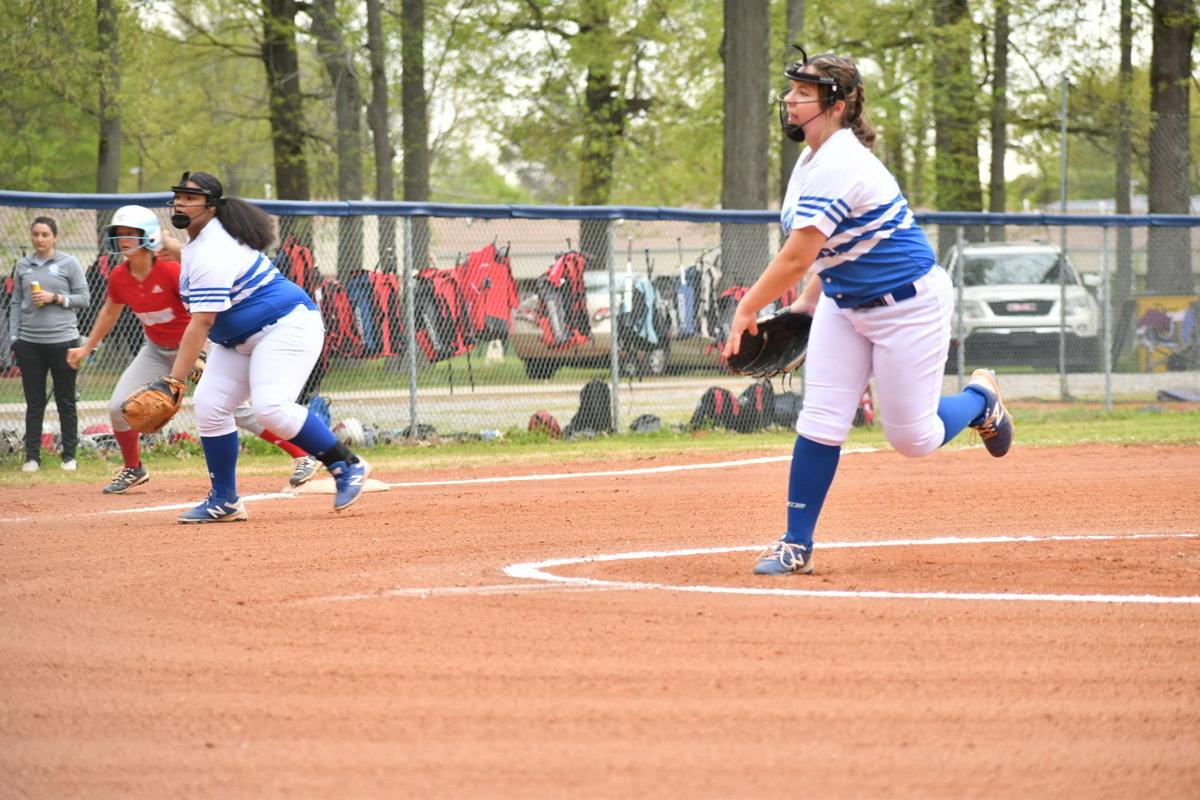 Paducah Tilghman freshman Reagan Hartman hurls in the pitch with senior Nikayla Donaldson in position during the Tuesday's game against Calloway County. Hartman threw 123 pitches and struck out eight. 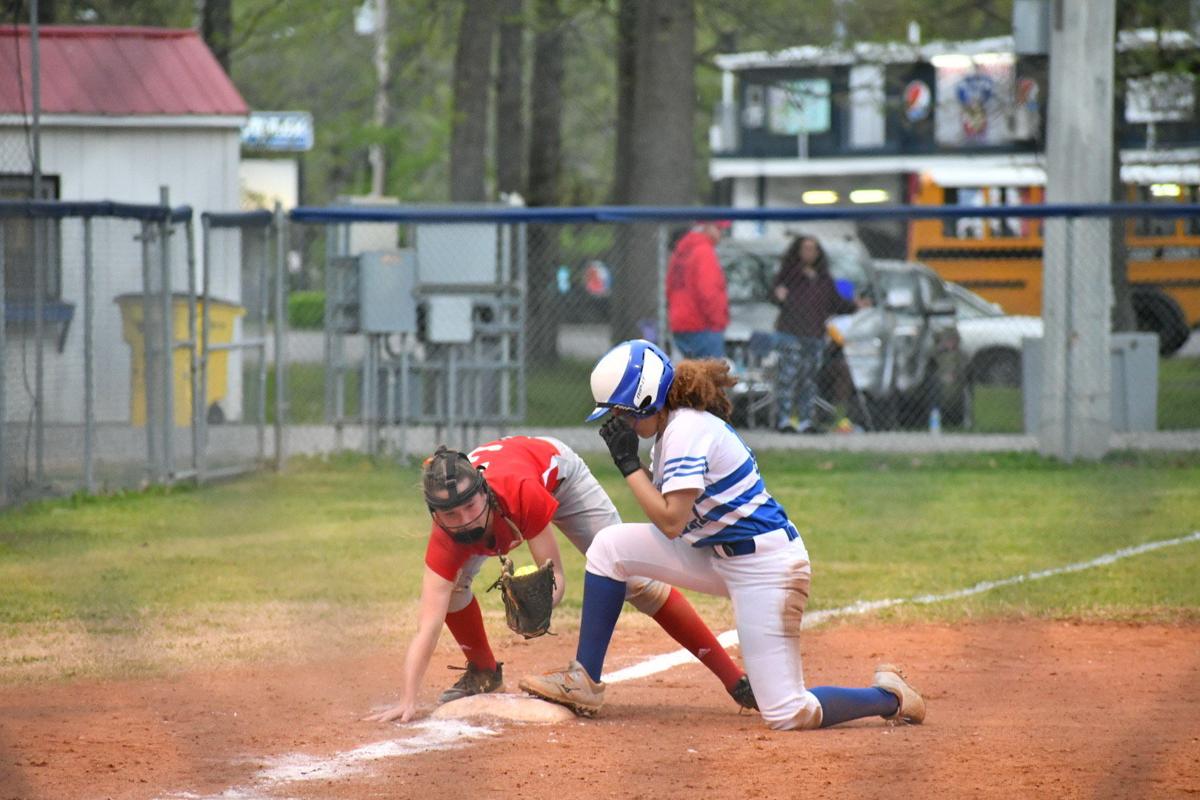 Paducah Tilghman freshman Reagan Hartman hurls in the pitch with senior Nikayla Donaldson in position during the Tuesday's game against Calloway County. Hartman threw 123 pitches and struck out eight.

In her first varsity start, Paducah Tilghman freshman Reagan Hartman knew what needed to be accomplished. With the game on the line, the left-handed pitcher came to the plate with the bases loaded in the eighth inning.

What followed was the game-winning double, earning the Lady Blue Tornado the 5-4 victory over Calloway County on Tuesday night.

“I was nervous because it was my first varsity start and I knew that I had to be there for my team,” Hartman said. “Just pitch a good game even if they got hits, I was going to come back and still do my best. In that last at-bat, I knew I had to hit the ball and so I did. I’m just glad we got the win.”

In 123 pitches through eight innings, Hartman allowed eight hits and three runs while striking out eight of the 33 Lady Lakers she faced.

“As a freshman, she stepped up and threw a great game then she came in and won the game. For her to do that is awesome and that’s going to treat her well in the next several years of playing,” Paducah Tilghman head coach Sarah Trover said. “That’s the game we should have played on Saturday.”

In the last matchup between Calloway County and Paducah Tilghman (3-2), the Lady Lakers (7-3) took down the Blue Tornado, 10-0.

“We obviously had one bad inning even on Saturday, which led to our demise,” Trover said. “We were making too many errors and still had things to work on and execute. Tonight was a good showing of what we can do when we start cleaning up those errors.”

With the Paducah Tilghman baseball team cheering on their female counterparts, the energy coming from the Lady Tornado was contagious on and off the field.

It all started in the bottom of the third when freshman Brooklynn Riley knocked a triple into center field. The momentum continued with a sac fly from eighth-grader Audreya White that let Riley score.

Later in the inning, junior Serenity McCoy went on to steal home before fellow junior Rosie Minter grounded out.

“We had a couple people that were able to step in and play, getting those opportunities,” Trover said. “We have five games this week, so that’s what I’ve told the girls. Everyone will get a shot, and when you get the chance, you step in and make it happen.”

Calloway County would tie it up at 2-2 in the top of the fifth when junior Adison Hicks tripled to center field. Freshman Preslee Phillips would score for the Lakers on Hicks’s hit.

The real drama began to unfold for both teams in extra innings. With a runner on second, Calloway senior Kylie Stallings hit the game’s third triple of the night, taking control of the game 3-2. Despite Hartman’s energy remaining strong on 100-plus pitches, sophomore Emerson Grogan flew out to right field, allowing Stallings to tag up and score.

The Tornado then made the most of its half of the eighth. With White on second, Minter saw 12 pitches before hitting a hard ground ball to left.

Freshman Ellie Brown would also single to third on a bunt, loading the bases with no outs for the heroics from Hartman. Smith and pinch-running sophomore Lydia Wiley both scored on the walk-off.

As the Tornado celebrated, the baseball team ran over to the dugout to congratulate their classmates on the win, making this a night that Hartman will remember for years to come.

Grogan took the loss for Calloway. The right-handed pitcher went seven innings and allowed four runs on six hits. She struck out nine of the 33 batters she faced.