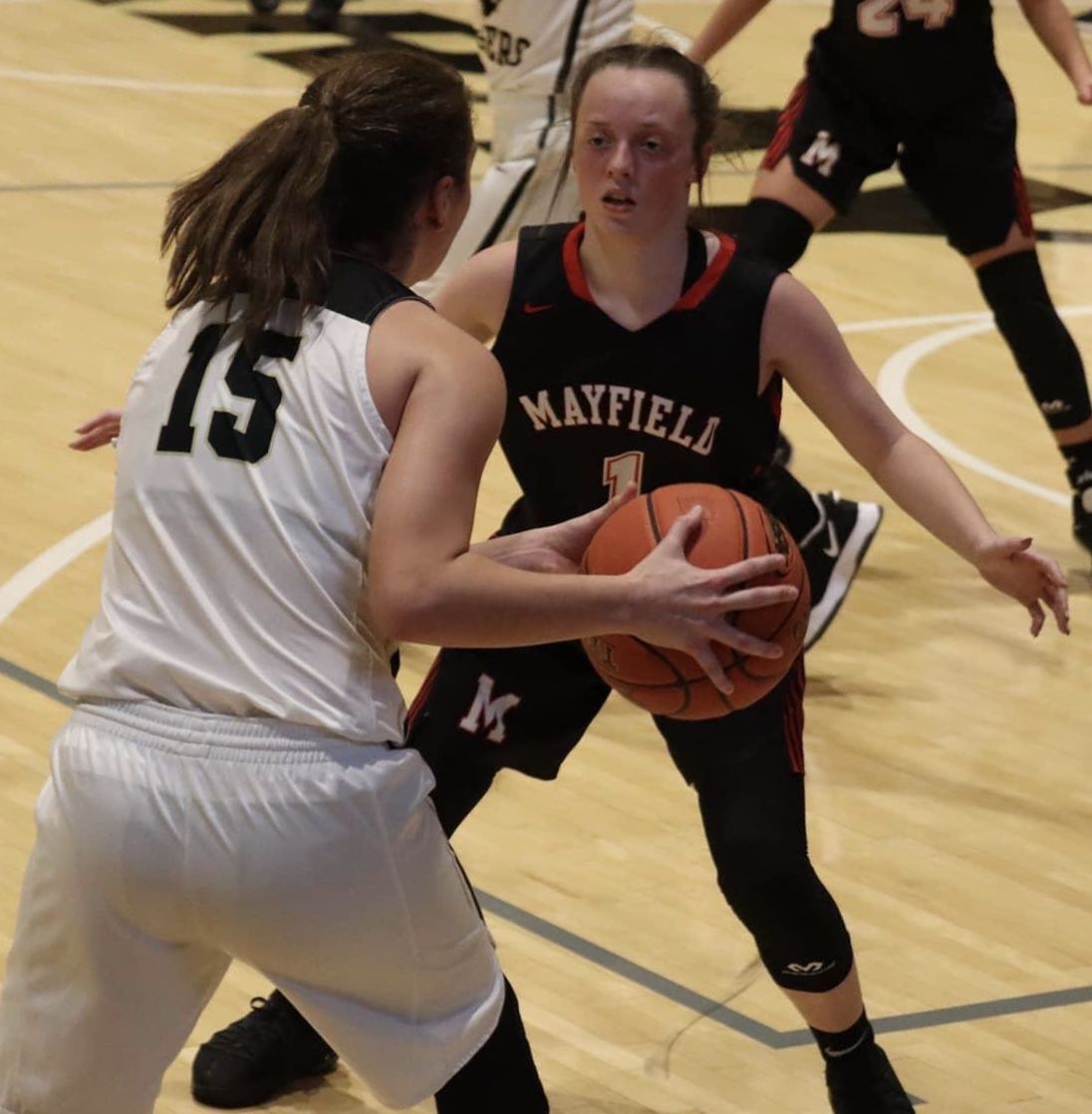 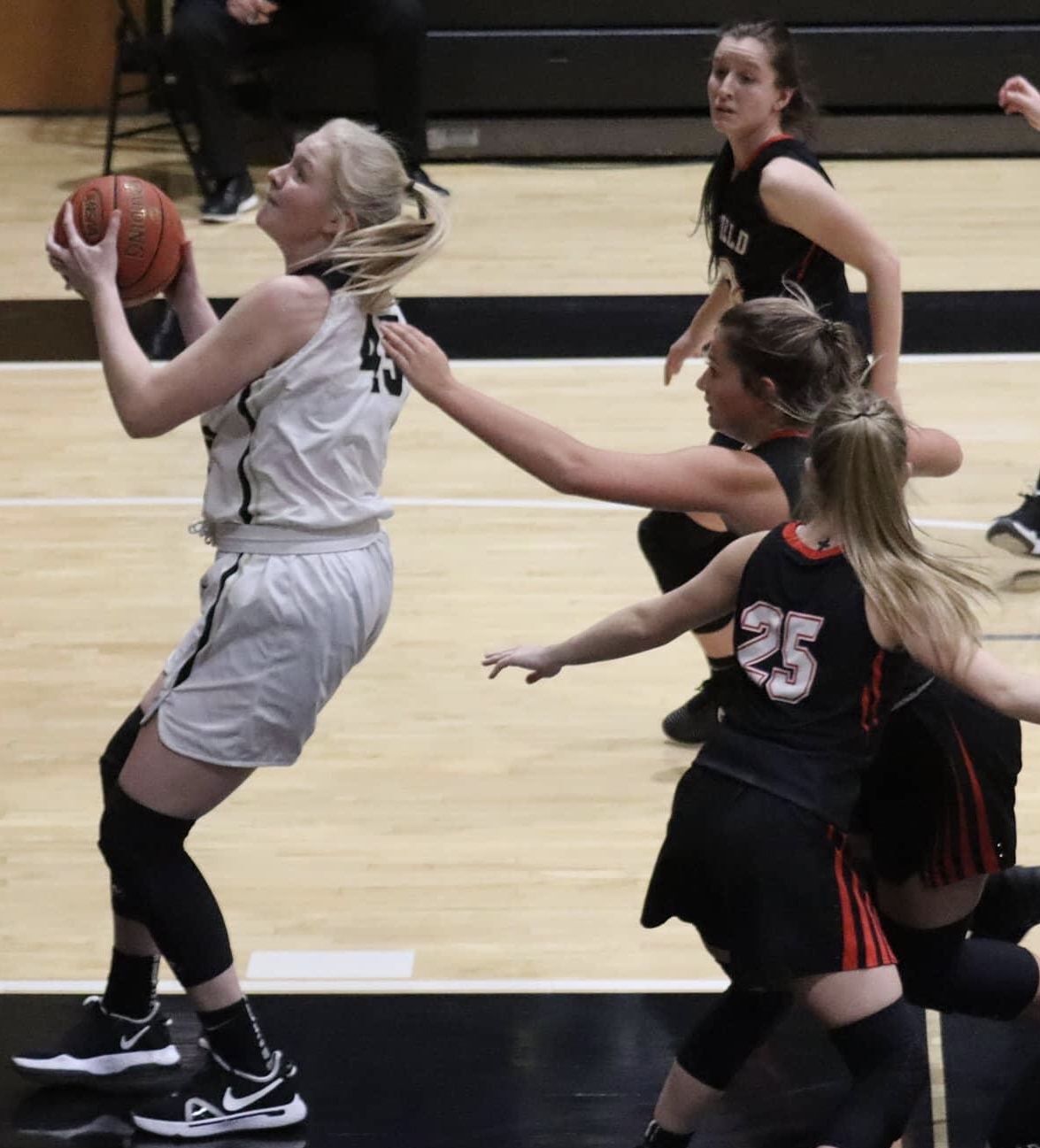 Murray forward Alyssa Daughrity (45) goes up for a layup on Monday night during the Lady Tiger’s 46-42 home opener loss to Mayfield.

Murray forward Alyssa Daughrity (45) goes up for a layup on Monday night during the Lady Tiger’s 46-42 home opener loss to Mayfield.

The Mayfield Lady Cardinals squeaked out a nailbiter on Monday night at Taylor Gymnaisum in Murray, defeating the host Lady Tigers 46-42.

Mayfield received production from multiple players in its win over Murray, as senior point guard Hayley Sullivan led the team with 12 points while dishing out seven assists.

Turnovers came early and often in this contest as Mayfield and Murray combined for a total of 16 giveaways in the first quarter alone.

The Lady Tigers controlled the tempo for the better half of the first frame before the Lady Cardinals managed to knock down a few 3-point baskets, propelling them to a 23-18 halftime lead.

Out of the break, Murray cut the Mayfield lead to one, 26-25, but prolific shooting from beyond the arc helped keep the Lady Cardinals ahead 34-30 entering the fourth quarter.

Costly turnovers from Murray and missed free throws by Mayfield helped keep things close down the stretch but the Lady Cardinals managed to come away with the victory thanks to senior leadership from Sullivan.

Following the win, Mayfield head coach Brad Nanney was happy with his team’s performance but admitted there’s a multitude of things to address going forward.

“That’s a huge win for us,” Nanney said. “We didn’t shoot the ball too well early but we finally got some three’s going once we settled in. If we’re able to grind these games out early while we’re not exactly sure what we’re supposed to be doing then I think once we get things all together, we’ll be a pretty good team. One glaring thing is you can’t be 11-25 from the free throw line. That’s a problem that has to be addressed quickly.”