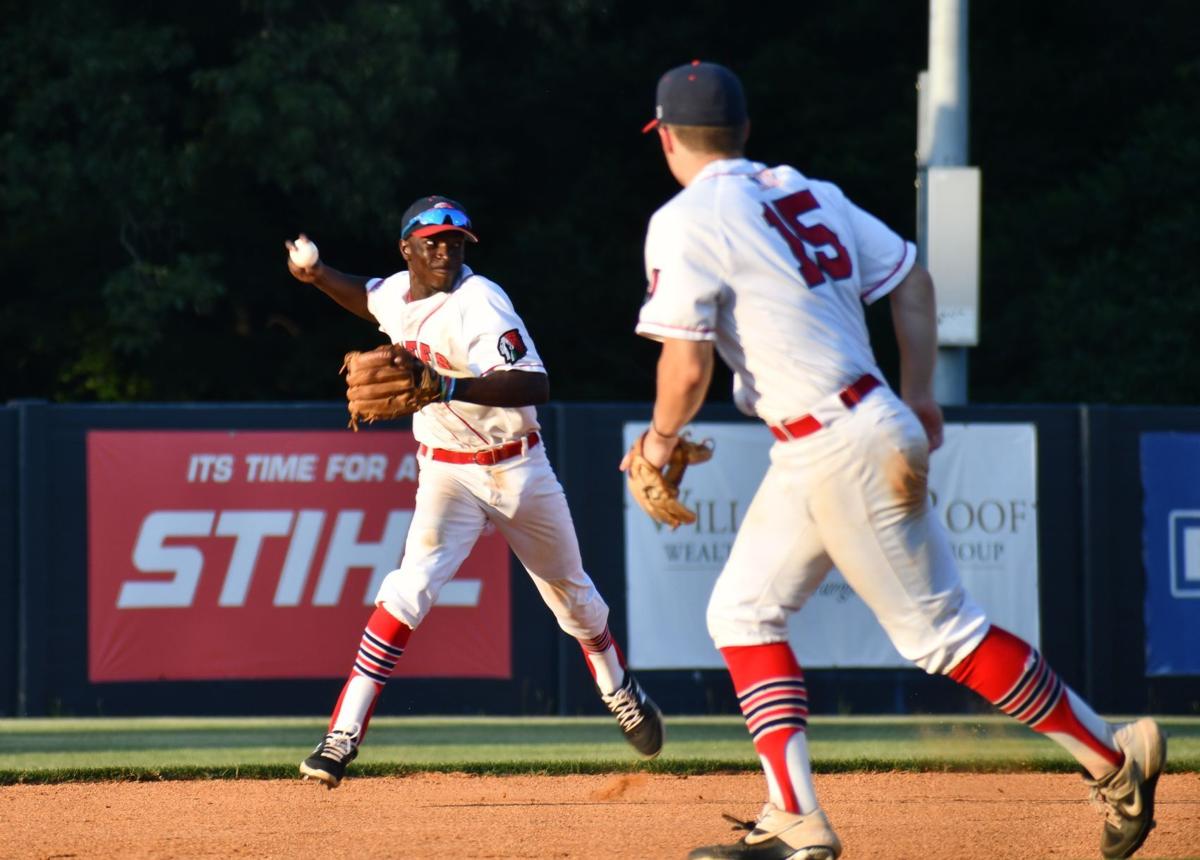 Chiefs shortstop Ja’lil Akbar winds up to throw to first base to record an out as teammate Jacob Hager (15) looks on during Wednesday’s game against Henderson. 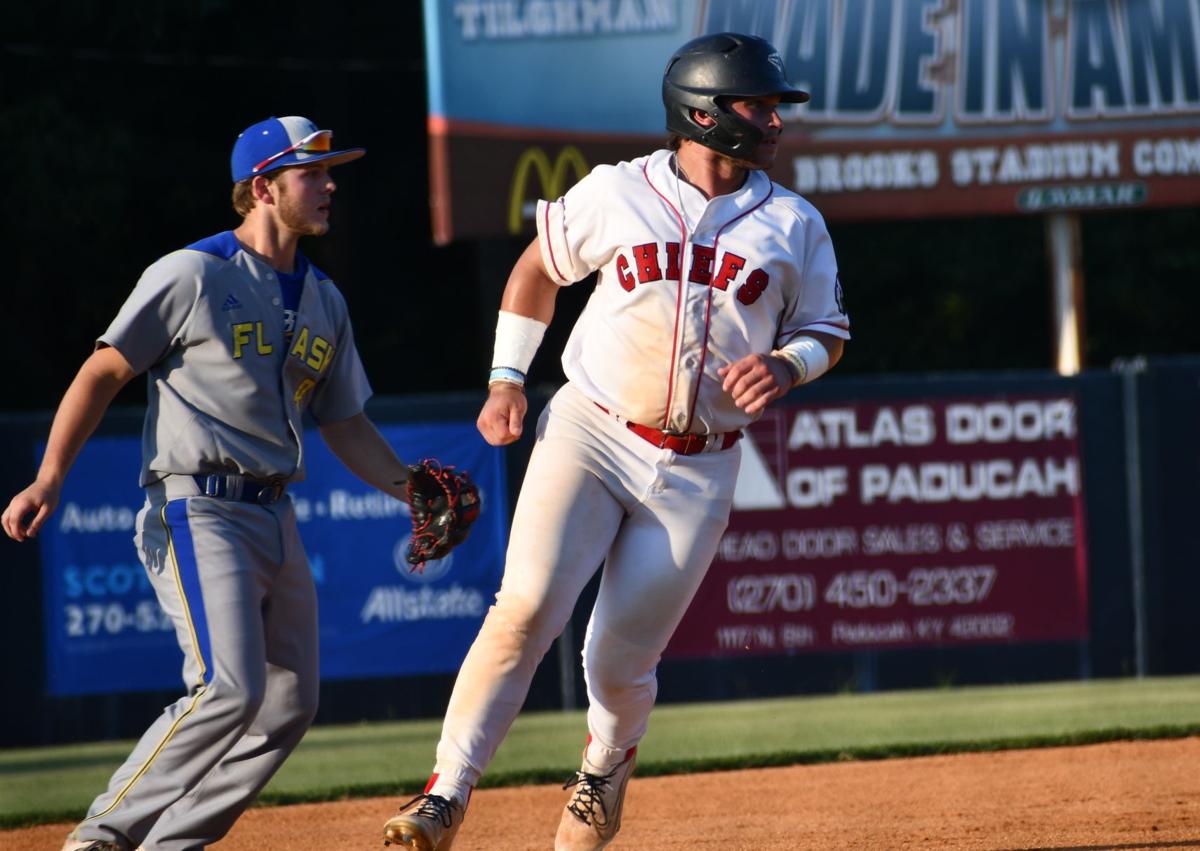 Paducah’s Brant Brown watches the action as he reaches third base in front of Henderson’s Nick Rucker during Wednesday’s game.

Chiefs shortstop Ja’lil Akbar winds up to throw to first base to record an out as teammate Jacob Hager (15) looks on during Wednesday’s game against Henderson.

Paducah’s Brant Brown watches the action as he reaches third base in front of Henderson’s Nick Rucker during Wednesday’s game.

The Paducah Chiefs out-hit visiting Henderson, 9-8, on Wednesday but fell 6-3 in what marked their fourth straight loss.

The Flash scored in just three innings but did enough damage in those frames to come away with the victory. They opened the scoring with a three-run third frame, added two more in the fifth and a final run in the seventh.

The 3-0 lead came after Jacob Mulcahy and Adam Depkewicz led off with a single and walk, respectively.

Back-to-back one-out RBI singles from Santrel Farmer and Andrew Dalton plated the first two runs, and the Flash added the third on a Paducah error.

The Chiefs (2-9) cut the lead to 3-1 with a run in the bottom of the fourth via an RBI single from Jace Mizell.

Henderson (6-4) answered right back in the top of the fifth with a pair of runs on an RBI groundout from Dalton and RBI single from Trevor Campbell.

Paducah made it a 5-2 game in the bottom of the fifth after Ja’lil Akbar and Drew Hudson reached base via singles.

The Flash added a run in the seventh inning on a sacrifice fly from Farmer after Nick Wimber led off with a double and advanced to third base on a wild pitch.

The Chiefs capped the scoring in the bottom of the eighth following a one-out triple from Sam Fagan, who came home on a groundout from Akbar.

Corbin Hayden got the pitching start for Paducah and was charged with the loss.

Tyler Cruse started on the mound for Henderson and earned the win.

He allowed two runs on six hits and two walks while striking out four.

Colby Knutzen and Tyler Schultz each pitched two innings in relief and combined for five strikeouts.

Farmer finished with a team-high two hits for the Flash, and he and Dalton each tallied two RBIs.

Brandon Hager paced Paducah with a three-hit night that included a triple. Cade Rogers added a pair of singles. Brian, Mizell and Akbar had one RBI apiece.