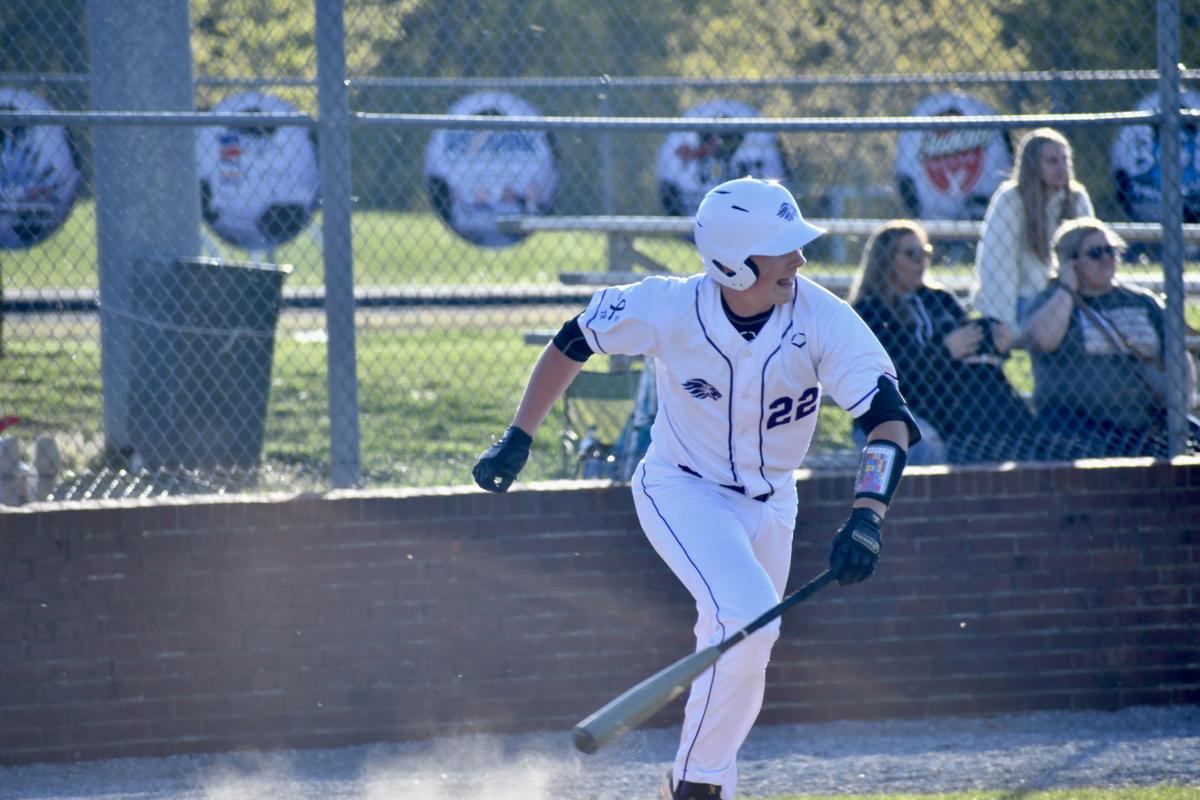 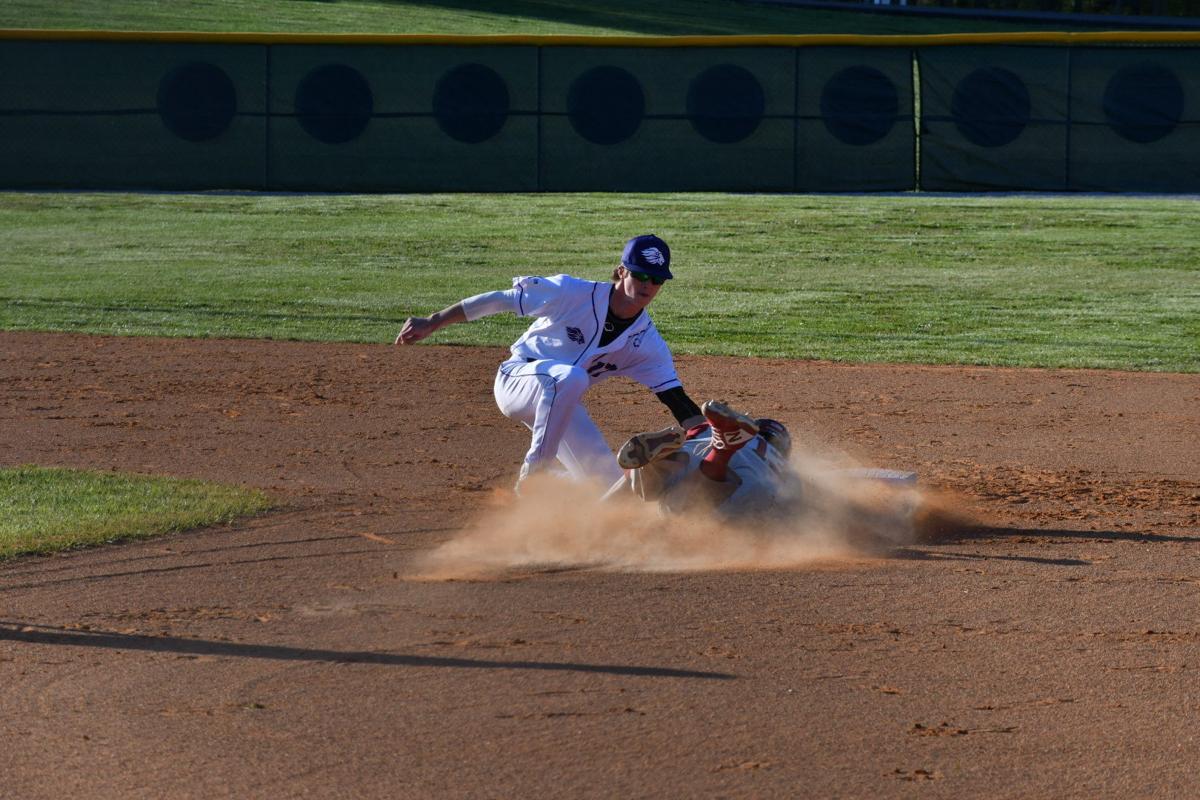 Lyon County’s Gunnar Bingham tags out McCracken County’s Rivers Moffatt at second base during the game on April 19. Bingham went on to hit the solo walk-off home run for Lyon County in the bottom of the eighth inning.

Lyon County’s Gunnar Bingham tags out McCracken County’s Rivers Moffatt at second base during the game on April 19. Bingham went on to hit the solo walk-off home run for Lyon County in the bottom of the eighth inning.

EDDYVILLE — Losing the 2020 season due to the global pandemic was a devastating blow for head coach Ricky Baker and his Lyon County Lyons baseball team.

While many teams felt the loss of an exceptional senior class, the Lyons (9-3) were gifted with a senior-less group during the COVID-canceled year with the oldest members missing out on a junior season.

“Luckily for us, we didn’t have a senior,” Baker told The Sun during preseason festivities at Lee S. Jones Park. “Our goals have stayed the same (since 2019) — All ‘A’ regional title, district title and the region title.”

While the Lyons fell to University Heights in the Second Region All “A” Tournament on April 12, the Lyon County group has since won their last four out of five games.

“Overall, we’re happy with the season. We have a few big wins that has helped boost our play,” Baker said. “We’re in a good place right now considering we’re banged up.”

“Cissell has been out two weeks with a foot injury, but we expect him to be back next week,” he said. “Eli Baker has filled in for him very well, but we’re excited to get Cissell back.”

The middle school varsity starter has collected five hits and three RBIs in 19 at-bats for a .263 batting average. Before Cissell’s injury, he was hitting .304 with seven hits, seven RBIs, and two doubles in 23 at-bats.

“Shoulders hasn’t pitched in two weeks and still has two more being out of that role,” Baker said. “We have had guys step up like Rush and Gunnar Bingham to fill the void.”

It was Bingham’s extra-inning solo shot against McCracken County on April 19 that gave his Lyons the 6-5 walk-off victory. Baker noted the win against McCracken was one of the biggest wins in the program’s history.

Bingham has also been a powerhouse on the mound this season, posting a 1.40 ERA with 22 strikeouts in 15 innings. At the plate, the junior has earned a .349 average with 15 hits.

Seniors Rush and Austin Long have also played vital roles in the team’s success this season. Rush has struck out 13 in his 16 innings of work, while Long, who has thrown the most this season, has 35 strikeouts.

“All considered, we feel good about where we are,” Baker said. “We are still struggling to stay consistent at the plate and at stringing hits together. Our goal is to be running on all cylinders by postseason.”

The Lyons have had 10 home runs on the season. Juniors Shoulders — before injury — and Brody Williams lead the team with four home runs each.