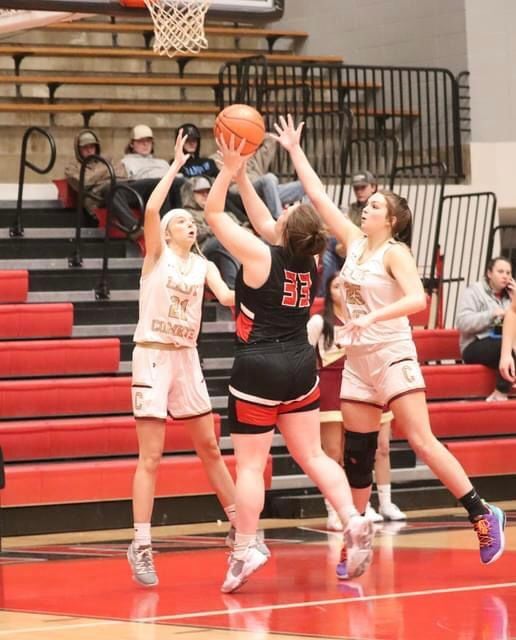 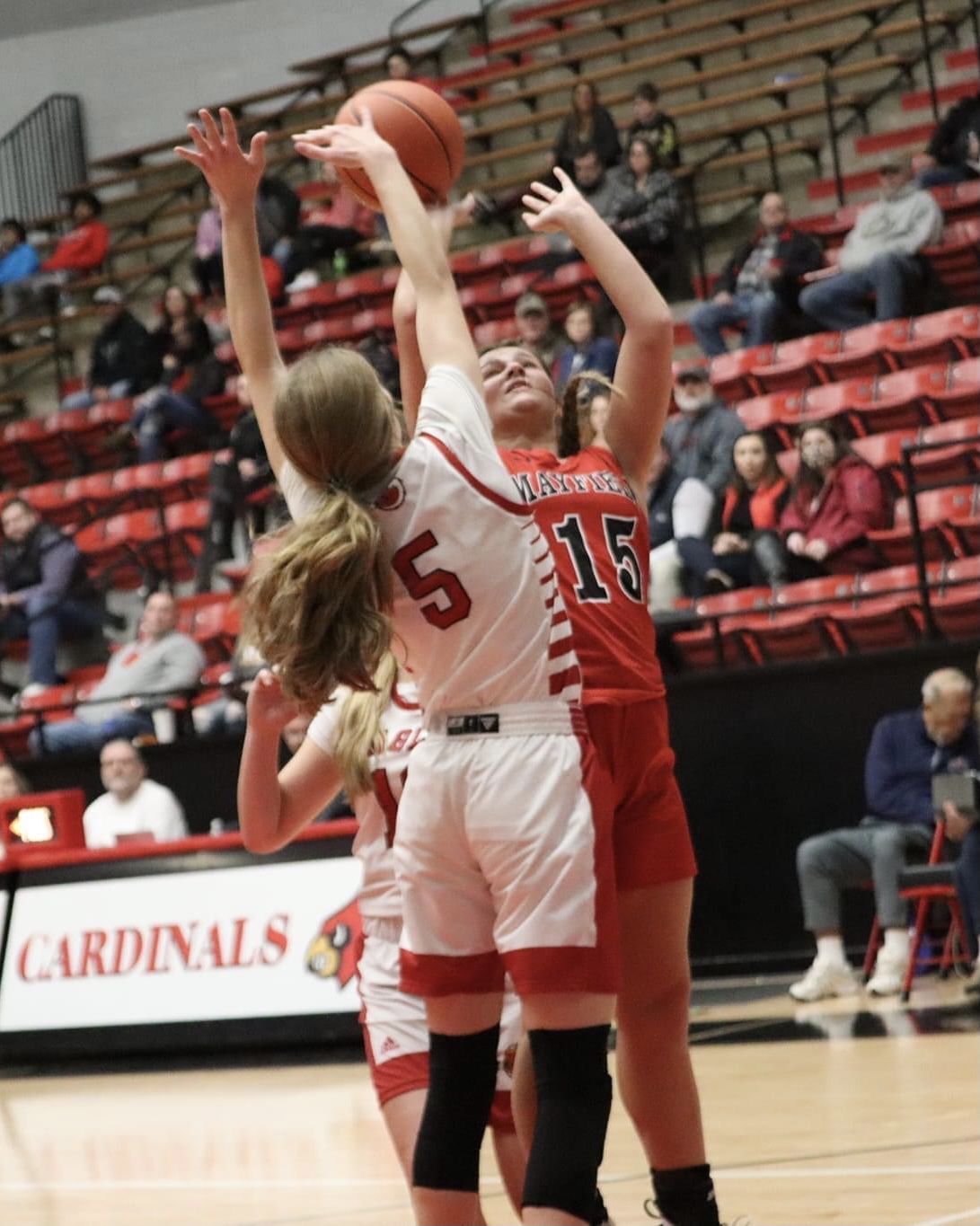 It may have taken a second half comeback, but the Carlisle County Lady Comets are championship bound.

Led by Lady Comets guards Kierra Whitaker and Maddison Wright, Carlisle County stormed back to defeat Hickman County, 27-23, in the semifinals of the First Region All “A” Classic on Thursday night, earning its first trip to the finals since 2015.

Hickman County appeared to be in control through one half of play as senior guard Rancey Skaggs’s six first half points and a scoreless second quarter from Carlisle allowed the Lady Falcons to take a 12-5 lead into the halftime break.

Out of the locker room, a completely different Lady Comets team emerged.

Thanks to scoring from four of their five starters as well as a stout defensive presence in their full court press, the Lady Comets erased a seven point halftime deficit in the third quarter to take a 18-17 lead into the final frame.

In the fourth, Skaggs and sophomore guard Justice Midyett knocked down a pair of triples to keep the Lady Falcons within striking distance but this would prove to be Hickman County’s only offense of the quarter.

An eight point, eight rebound effort from Wright and 18 forced turnovers helped Carlisle County walk away with the narrow 27-23 victory.

With their win, the Lady Comets advance to Saturday night’s championship game where they will face Christian Fellowship at 6 p.m. at Mayfield High School.

Lady Eagles scratch and claw to All ‘A’ championshipThe Christian Fellowship Lady Eagles made history on Thursday night.

For the first time in program history, the Lady Eagles are headed to the girls First Region All “A” Classic championship game.

Howard led all scorers with 15 points along with six rebounds and two assists while Burnett narrowly missed a double-double, scoring 13 points while hauling in nine rebounds.

Despite playing on the road, the Lady Eagles controlled the tempo from the tip, taking a 17-14 lead into the halftime break.

After closing out the first half on a good foot, the Lady Cardinals continued to claw their way back against CFS as senior guard Kiya Morris led a third quarter charge with seven points to keep things close.

Although Morris and Mayfield continued fighting, the Lady Eagles always seemed to find an answer.

While Mayfield’s fight never waned, neither did Christian Fellowship’s.

Howard scored eight of her game-high 15 points in the final frame to help the Lady Eagles capture their first trip to the All “A” finale in program history.

Christian Fellowship will take on Carlisle County in the championship game at 6 p.m. on Saturday night at Mayfield High School.