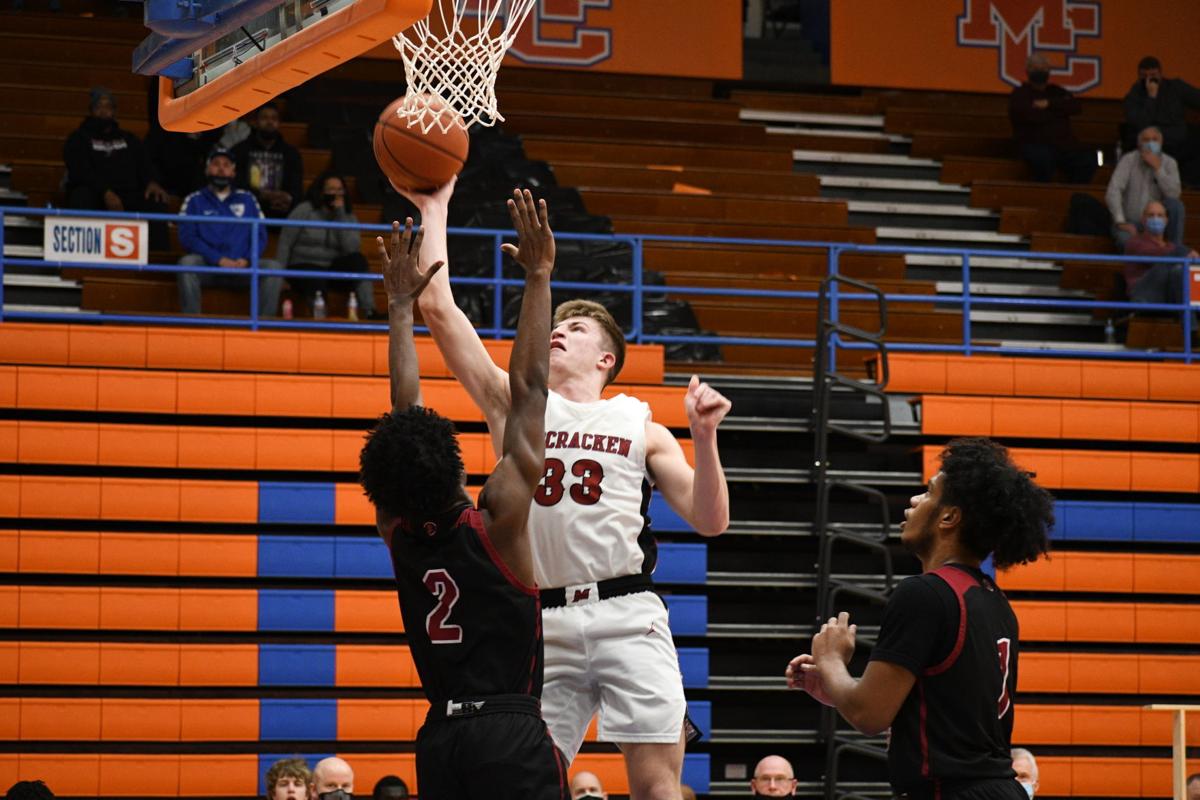 McCracken County’s Ian McCune finds a way to the basket through traffic against Louisville Ballard on Saturday. 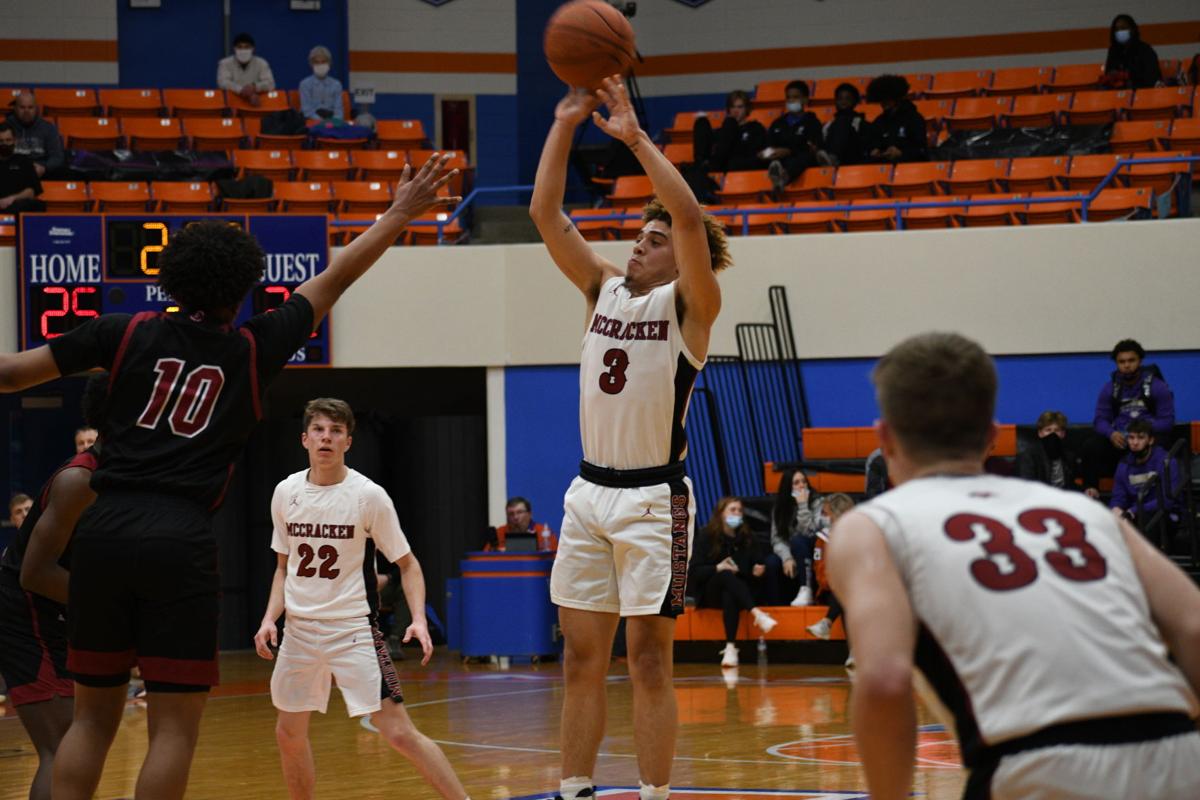 McCracken County’s Ian McCune finds a way to the basket through traffic against Louisville Ballard on Saturday.

DRAFFENVILLE — Louisville Ballard’s size and 3-point shooting was too much for the McCracken County Mustangs in the second half en route to a 72-59 victory Saturday at Marshall County Hoopfest.

Ballard had the size advantage but McCracken was able to negate that with its speed and transition game early. Noah Dumas and Ian McCune had a good one-two punch going for the Mustangs and were able to find easy lanes to the basket.

But Dumas was held in check for most of the game with only nine points, as Ian McCune and Brant Brower led the team with 10 points each.

The unselfishness of the Mustangs in the first half was on full display, and they were able to hold the Bruins at bay for a half and held a 32-31 lead at halftime.

Ballard built an 11-point lead in the third frame and went into the fourth with momentum ahead 53-42.

The Mustangs showed fight and cut the lead to 61-56 behind a run by McCune and Dumas, as well as Hart with just under 3:30 left in the game.

Ballard’s size again was the deciding factor and they very quickly pushed the lead back to 11 with 2:17 left at 67-56.

From there Ballard controlled the game and ran away with the victory.